VIEWs on the network

They are making progress in implementing the new Host-Host Protocol and estimate completion by the end of May.

They're working on an experimental log-in system.

They are waiting on a TELNET specification, at which point they will implement a TELNET client and server, which they estimate will be about two weeks of work.

They are moving their network operations from an IBM 360/65 to a PDP-10. These are very different machines so the task is a pretty big one. The 360/65 will remain in legacy service but will receive no software updates after September.

The climate dynamics work being conducted between UCSB and RAND over the Network proceeds apace and they expect heavier usage in the future, along with a local graphics program that can render charts using remote data from UCSB.

RAND continues work on the Data Reconfiguration Service (more on this in my post on RFC-128). They also tease something called a Protocol Manager which will be coming soon in an RFC. However, this does not appear to have ever actually been released.

Finally, there is some criticism of Steve Crocker in his role as Network Working Group Chairman. This is mostly because subcommittees aren't acting fast enough to produce specifications that the network can use. The authors fully admit that their own subcommitte on Data Reconfiguration is in fact one of these laggards.

They also believe that the NWG is good for short and medium term goal-setting but for long range planning there should be a smaller group consisting of just the Principal Investigators at various primary ARPANET sites. This group could undertake long range Network planning. 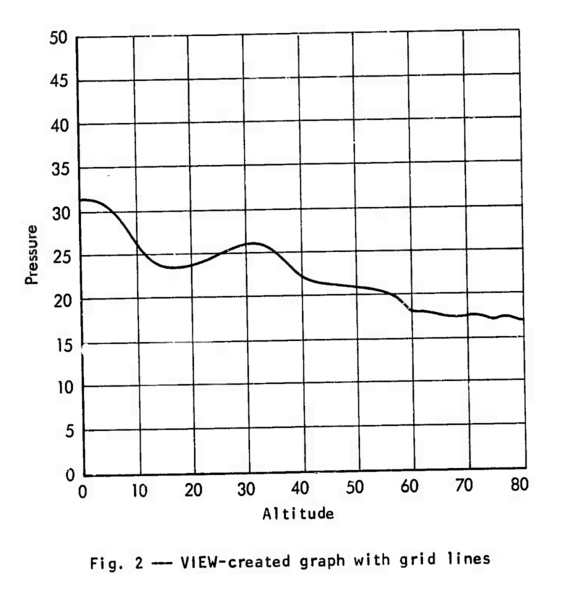 Here is the 1972 paper that describes the resulting system for building charts from remote data. It's called VIEW (Video Information Exchange Window).

There is also a 1974 paper that provides a broader overview of the Climate Dynamics Project and its use of computing, but I can't find an electronic version readily online.

I'm Darius Kazemi. I'm an independent technologist and artist. I do a lot of work on the decentralized web with both ActivityPub and the Dat Project. You can support my work via my Patreon.