A meeting at Lincoln Laboratory

This RFC is proposing a meeting at Lincoln Laboratory in Lexington, Massachusetts to discuss the Local Interaction Language (LIL). It is yet another attempt to provide rich applications over the ARPANET.

I can't find any real records of Local Interaction Language in significant use anywhere outside of MIT L.L., which leads me to believe it was mostly dead in the water like the Decode/Encode Language and the Network Interface Language.

The full paper from Licoln Laboratory describing Local Interchange Language can be found in their May 31st 1970 semiannual technical report titled “Graphics”. 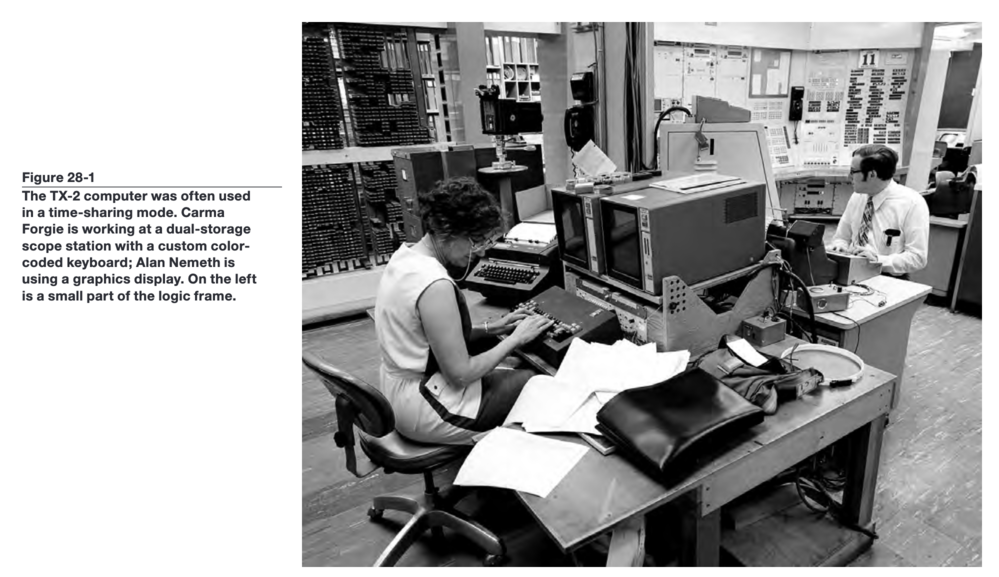 Since this is, according to the caption, a photo of people doing time-sharing on the TX-2, the photo is probably from the early 1960s. Fun fact: the TX-0 and TX-2 computers were the basis for DEC's PDP-1, the first of which was purchased by BBN in 1960 for $150,000, approximately $1.2 million in 2019 money. It was even leased rather than purchased outright, and as recalled by Leo Beranek (the second “B” in BBN), the company bought the computer because they knew it would be useful, but they didn't have any contracts for it at the time. They had to go out and get the money to pay for it after the fact.

The photo is from the 2011 MIT Lincoln Lab retrospective that I've linked here before, and the BBN tidbit is from this history of BBN edited by Dave Walden and Ray Nickerson.