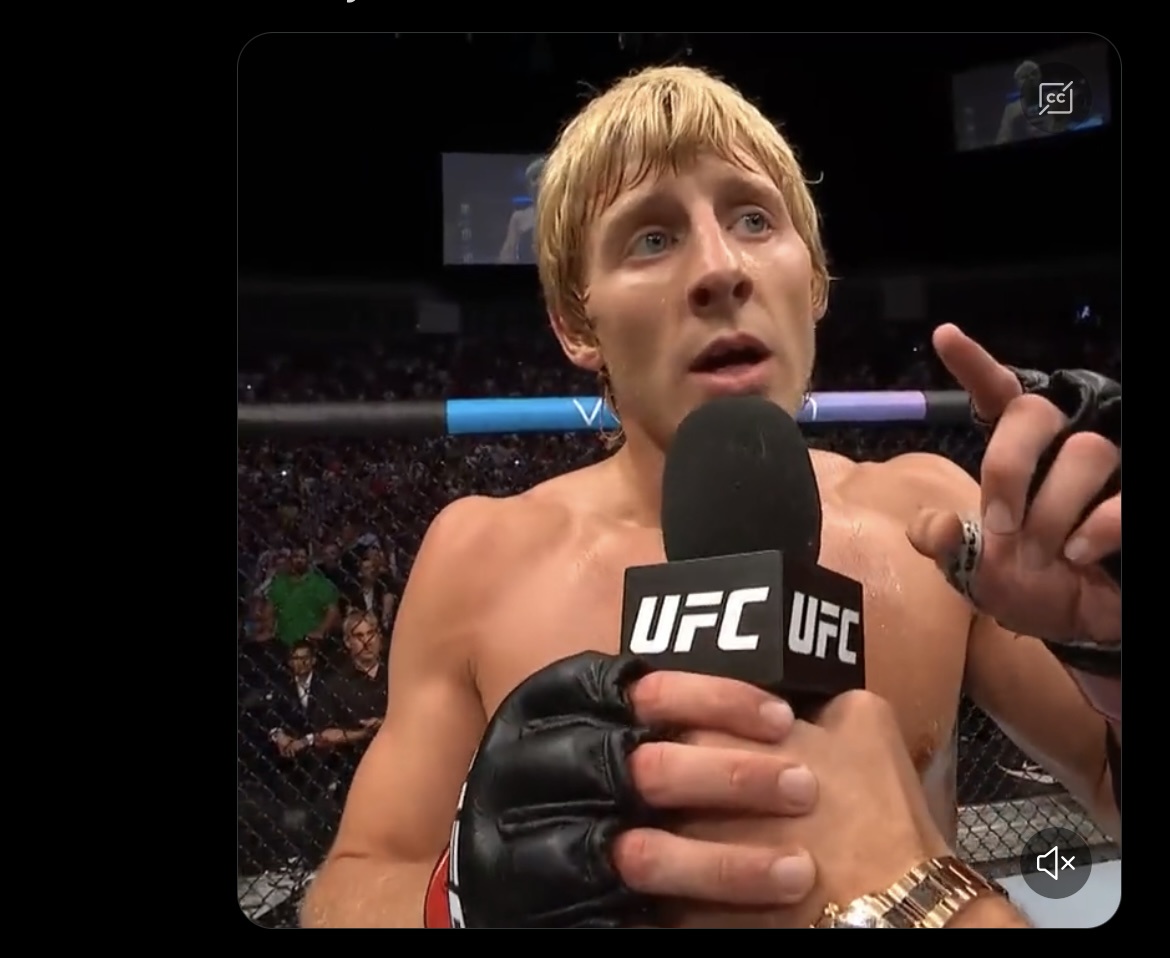 I saw Paddy Pimblett win again tonight in the octagon. The Brit is fun to watch. A good fighter with a lot of charisma. Afterwards he asked if he could say a few words to the crowd. He took the mic and told about Friday night when he got a message a friend back home had killed himself. Paddy’s message to the crowd was that all men have to start talking to someone when they “carry some weight on their shoulders”.

“I know I'd rather they cry on my shoulder than go to his funeral next week. ... Let's get rid of this stigma and men start talking.”

I think it’s great that a person like Paddy is doing this, in front of a crowd mostly consisting of men.