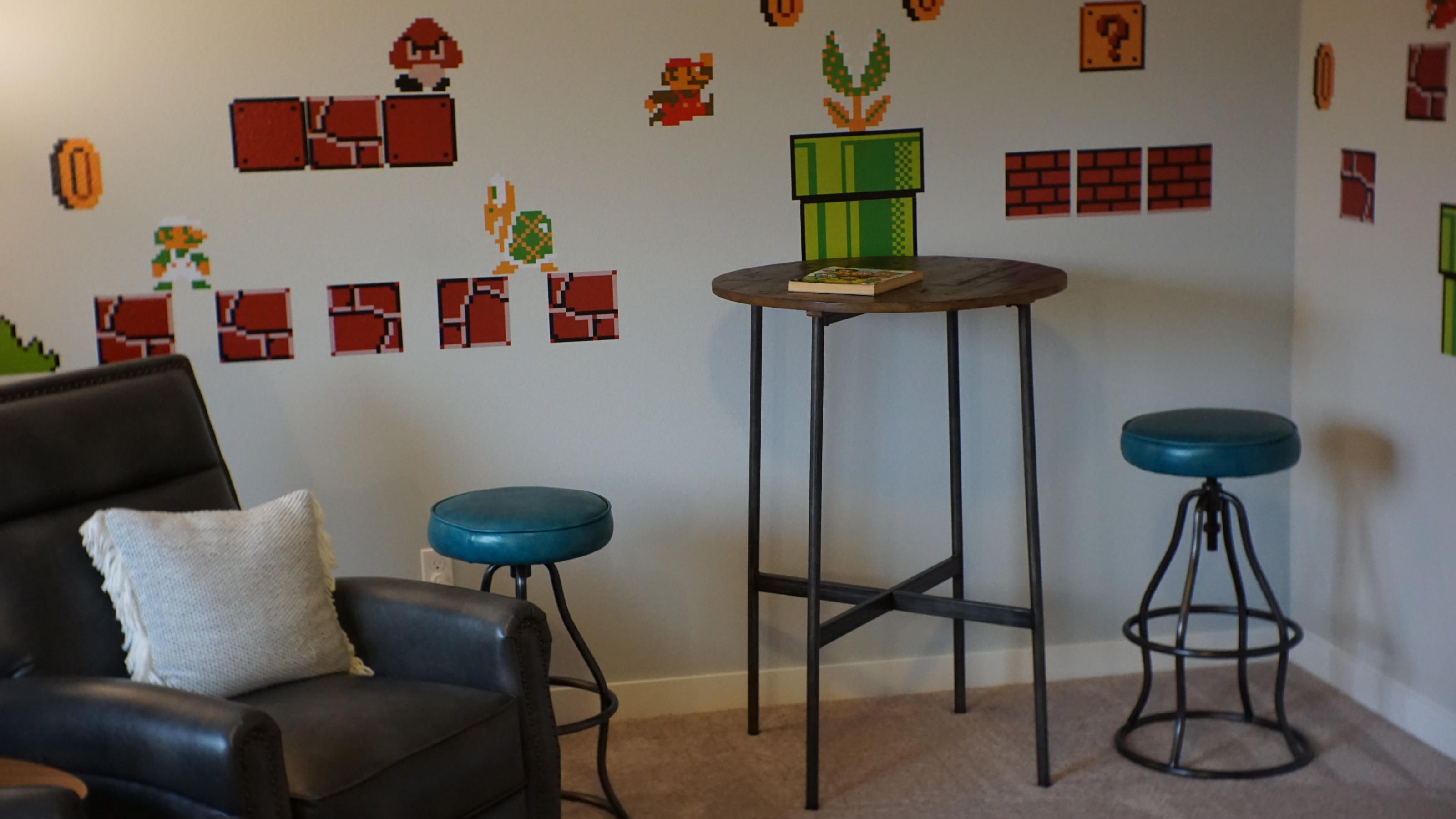 I've been house hunting lately. I always thought I was going to rent, but I guess like how my sister was “never going to have kids”, sometimes the bug bites and action happens.

One of the houses had a hollowed out island with a single door. No shelves, no drawers, just a single door. It looked like it could be a small room, but the owners claim they designed it as a place for their kids to store backyard toys and items.

It got me thinking. What if some other sad magical boy lived in the kitchen island? What if the family he was staying with needed their coat closet?

I've been struggling to write. The biggest tip I read is Never Stop Writing. I stopped, but I think it's time to start again. Good or bad, I can't improve if I never try.

Barry did not like when the Walton's had company for dinner. Dinner guests meant Barry would not be eating that night. Tonight, Uncle Bernard and Aunt Lynn had Pastor Mark over for dinner. Barry would have to stay quiet, locked in his room.

For most children, this wouldn't be too bad. Barry, however, was not like most children. Barry's room was not much of a room at all. His room was the storage cupboard under the Walton's kitchen island. Barry would have to lay silently, cramped up in the cupboard smelling everything he could not eat.

“Quick to your room!” Uncle Bernard said as he ushered Barry to his room. The door pressed against Barry's back, and he could feel the latch lock. Barry felt around his room until he was able to turn on a dim light.

Barry opened his copy of Harry Potter to read. A room under the stairs must be wonderful compared to this Barry thought to himself. Barry could hear the lids coming off the pots. The oven door clanged down as it fell open. The scent of chicken, mashed potatoes, and gravy crept into the cupboard.

Barry could feel saliva drip down the side of his mouth. As his stomach began to rumble, Aunt Lynn put on some classical dinner music. If I close my eyes now, tomorrow will be here when I open them Barry hoped. He closed his eyes and did his best to sleep.

“I can't believe your generosity!” An unfamiliar booming voice woke Barry. The voice must belong to Pastor Mark. Dinner was still going on. Barry could hear the clanging of forks and knives from the dining table. However, Barry was not concerned about the sounds coming from the table.

Go Away! Go Away! Barry's thoughts pleaded with the spider. Barry slid back putting distance between him and the spider. Go Away he thought as his back hit the cupboard wall. Thunk!

“What was that?” Pastor Mark asked. The sound of forks hitting plates stopped.

Barry's heart sank. If Pastor Mark discovered him, a grim punishment would await. Barry's thoughts raced between the spider and Pastor Mark. Go Away! echoed in his mind.

Something like a thought entwined with Barry's own thoughts. I see, you want him to go away was the thought. It wasn't Barry's thought, and the thought was not in Barry's voice.

The spider crawled out of the cupboard. Barry could not comprehend what happened next. A shriek of a scream rang throughout the house: “Spider!” Thundering, fast-paced footsteps followed by a door slam signalled dinner ended.

“Blasted spider!” Uncle Bernard yelled. The sound of thwaps against the table and cupboard echoed. Into the cupboard crept the spider. He's gone, Barry heard the voice from earlier in his mind. The spider crept into a corner of the cupboard. Thanks, thought Barry. You're welcome, thought the voice.

Barry sighed a breath of relief as he positioned himself to sleep. He was not discovered. Uncle Bernard and Aunt Lynn would blame the spider for dinner.

Barry did not understand what happened between him and the spider. It may have been coincidence Barry pondered as his eyelids became heavy. The hum of the dishwasher and rushing water pulled Barry closer to sleep.

Barry's eyes smiled as they closed while looking at the spider. Today was a good day Barry thought. Even if it was all coincidence, Barry had felt like he had made his first friend in the Walton's home. Although, can a spider be a friend? Barry thought as he drifted into sleep.