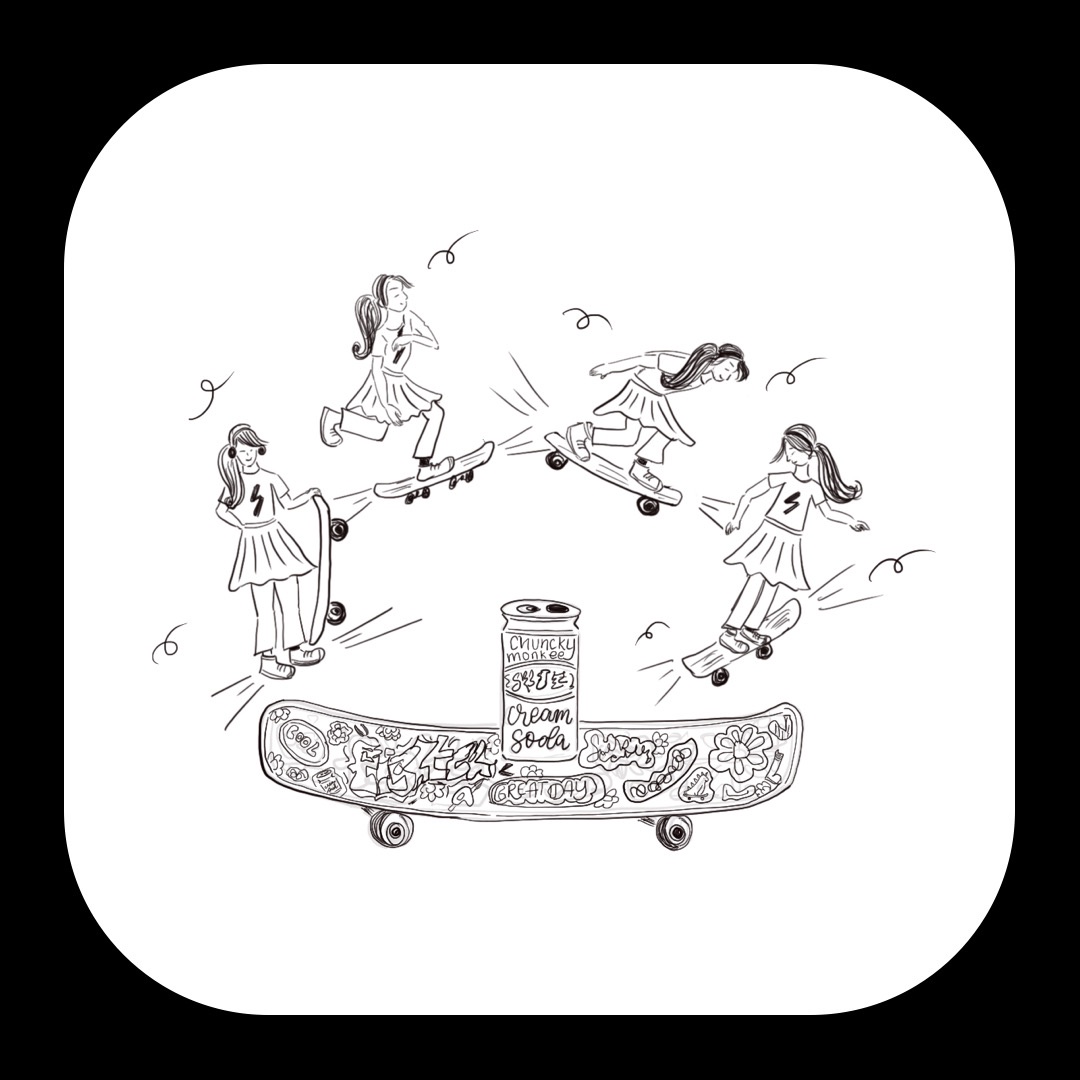 Thin streams of pale morning light spilled through the edges of the blinds, onto Marisa’s face. It was getting harder to accept the mornings as she dragged herself off her bed, groaning. Even though Marisa had optimized the art of getting ready for work, this morning she was close to giving into her languidness. As she rushed out of her apartment. A loud voice caught her attention from across the hallway. Clearly, she wasn’t the only one who was having a late start.

Shandra, a single mother and her ten-year-old daughter Elaine, often called Linny, were the newest additions to the old building. They’d move to the flat right across from Marisa’s. She was one of the older tenants now, the kind that was set in practices, and found the influx of fresh faces difficult to accept. Mostly because it meant adjusting to new neighboring habits. But Shandra and Linny were better than the previous tenants she’d met.

Linny popped out of their door wearing a lime green t-shirt and oversized jeans under a flare skirt while her hair housed an array of small rose clips. She was carrying a faded backpack and gripped onto a large skateboard in her hands, covered entirely with stickers.

“Hi Marisa,” she chimed, bounding past her down the steps. Can’t be easy taking care of an exuberant and hyperactive kid like Linny while working two jobs. Marisa thought, observing Shandra’s frazzled countenance scrambling behind Linny.

“Slow down Linny, so sorry Marisa!” Marisa smiled, giving Shandra a nod, letting her past her on the stairs. Marisa’s office was a short walk away, so a couple more minutes would not really make a big difference.

She’d been with this company for such a long time, her lack of career growth within the organization was rather surprising. Every passing year, her low self-esteem chipped away any ambition for change, making her indelible imposter syndrome susceptible to being taken advantage of by her superiors. Recently, she’d come across a job opening that seemed like just the opportunity she needed to herald her out of the slump she found herself stuck in.

After extensive deliberation with herself, she’d plucked up the courage to go talk to her manager, whom she knew was interviewing candidates for the very job she was interested in. As she waited for him in his office, she saw a stack of resumes on his desk. She couldn’t resist peeking at the candidates she’d be up against. And just like a dry twig in winter, her small fervor for change broke.

As she drudged back home that evening, she stopped by the corner bodega to grab a snack. She browsed through the ice cream choices before relenting and grabbing an apple. She was paying for the fruit when a familiar head, filled with colorful rose clips, appeared. Linny ambled over with a can of cream soda in her hand.

Linny was quiet for a bit, as she waited for Marisa to pay for her fruits.

“Well… I suppose I still like it, just can’t drink it anymore. It’s too sugary. I have to make better choices as an adult.”

“It is, isn’t it?” Marisa said, remorse in her voice, as she watched Linny pop the can open and take a nice, long swig.

“So, you like to skateboard, huh?” Marisa pointed at the skateboard Linny was holding onto, as they walked out of the bodega and towards the apartment building.

“Yup!” Linny nodded, taking another sip of her cream soda. “I’m competing in a junior skateboarding tournament tomorrow. We had a practice run today.”

“I came in second to last,” she said.

The declaration caught Marisa by surprise. She couldn’t help but smile back. She didn't want to break her heart by laying out the rules of the real world. That ranking high would matter someday.

“Linny!” someone yelled from behind them.

A woman jogged up to them.

“Linny.. what are you doing here? I told you to wait for me outside the building.” Shandra said.

“I got thirsty,” she said nonchalantly.

“Not at all. Linny and I were just talking about her skateboarding.”

“Of course, there is nothing else she enjoys talking about more.” Shandra reached out to open the door to our building. They said their goodbyes, as Marisa was about to enter her apartment.

“Come see me skateboard tomorrow! If you can.” Linny said.

Marisa smiled. The passion Linny showed in skateboarding moved Marisa. A part of her wished she could be as unshaken by the fear of results in her own life.

The next morning, Marisa walked over to the large skate park in her neighborhood where the skateboarding tournament was taking place. It was overflowing with people. She spotted a familiar face sitting on the bleachers.

“Oh, Marisa! What brings you here?” she said.

“Linny mentioned the tournament yesterday. So, I figured I’d pop in and cheer her on a little.”

“That’s very sweet of you! She’d love the support and be delighted to see you here.” Shandra said, the cheering sound of the crowd swallowing up most of her words.

Marisa looked around, reading the various banners riddled with limericks and cheers for the participants. Almost a third of the crowd was holding up cheers for Linny.

Right in front of the half-pipe were three girls dressed in ballet tutus. Each one decked out in Mardi Gras beads and a board with Linny’s face on it.

“Yes, she has a wonderfully supportive community!” Shandra said, the gratefulness clear in her exclamation.

Linny was getting ready to take on the half-pipe. Her face looked calm and confident. The determination in this child was rather inspiring. And before she knew it, Linny had taken off like a bird. The crowd was holding its breath. The three girls wearing tutus were holding onto each other for dear life.

She was performing spectacularly, but just as she was about to reach the other end of the half-pipe, she wobbled and lost her footing, tumbling to the center. A couple of loud gasps erupting in the crowd, and the tutu trio rushed as close as they could, worried about their friend. But Linny got back on her feet, brushed herself off and limped off the half-pipe.

Marisa was a little disappointed for Linny. She looked at the time and figured she’d sneak out. She figured it was best to not approach Linny now, considering how upset she might be with herself. The crowd roared. When she looked at the halfpipe, she saw Linny was back on top.

And this time, she finished gloriously. The crowd went ballistic, the tutu-trio hugging each other, jumped in circles. Linny made her way back. It seemed like her limp was more pronounced, but she was a mini celebrity, mobbed by her own little fan club. And Shandra, who, albeit smiling, had a mildly concerned look on her face. Linny had finished 12th out of 15 kids. I guess as a mother it’s understandable she probably wanted her to get a higher rank.

“She did great, Shandra!” Marisa said. Patting her shoulder, encouraging her about the results.

“Yes… yes, she did,” she replied, her hands clasped together.

Once the tournament had ended, Linny came over with her participation trophy with a big smile on her face.

“You came!” she said, looking at Marisa.

“Brilliant!” Marisa said. Her pitch higher, still confused at how Linny could be so happy to have placed 12th.

“Linny! we gotta go now! I have to go to work and cover a someone’s shift, I’ll see if I can drop you off at your aunt’s. Hopefully, she’s home.” Shandra said, worried.

“I can watch her for you, Shandra,” Marisa chimed in.

“Oh, I wouldn’t want to bother you on the weekend. I am sure you have plans.”

“Mom, please, can I hang out with Marisa!” Linny said, excitement all over her face.

“Great, I’ll make us some hot chocolate. I’ve been meaning to try this new one.”

“Alright, thank you Marisa. I should be home by 8pm,” The worry evident on Shandra’s face. Marisa, gave her a reassuring nod.

Linny, intrigued by Marisa’s apartment, carefully perused through her belongings. As she fumbled through, the odds and ends littered all over Marisa’s work desk. She occasionally asked Marisa what some of them were between her “Ooos” and “Ahhs”. She finally picked up Marisa’s resume and read its contents.

“What’s this” she asked.

“Yes, it’s a list of everything accomplished after finishing college and every job I’ve worked. You need it when you apply for jobs.”

“Wow.” Linny said, pausing as she read through Marisa’s resume, before declaring, “You’ve done so many things!”

“Yes, I’ve been around a lot longer than you,”

“When I make my resume, I’m going to add my skating tournament results to it.”

“You can. As you get older, there will be other things you can add.” She didn’t need to tell her now that 12th place in a middle school skate boarding competition wouldn’t mean anything in the future.

“Why do you have a resume when you already have a job?”

“Oh, well, I was thinking of applying for this new one. But I don’t think I’m going to anymore.”

“It’s more like the others applying have accomplished more.”

“So? You can still apply. Who cares about the others?”

Something about Linny’s line of questioning was bringing up a range of conflicting emotions in Marisa. She brought over the hot chocolate, hoping it would distract Linny away from her career ambitions.

“Why don’t we enjoy this hot chocolate now?” she said. Unfortunately, in Marisa’s rush to distract Linny, her foot tripped on her carpet and the drink tumbled off the tray spilling all over Linny’s right leg.

Marisa screamed, horrified at what she’d done. She anxiously rushed to grab an ice pack. Considering how hot the drink was, and the amount that has spilled on Linny, Marisa was anticipating her to be writhing in pain. But Linny wasn’t howling in pain she just sat calmly in her soiled jeans.

“I’m so sorry Linny” Marisa whimpered, dabbing her with an ice pack.

“It’s alright.” Linny said, as she held onto Marisa’s hand, trying to calm her.

“Are you sure… it was piping hot,”

“I’m fine, I don’t feel a thing.” she said as she slowly rolled her pants up her leg.

The evening sun glinted off something metallic that came into view.

Marisa’s breath hitched at the sight of the prosthetic limb.

“Um… why don’t you have my cup of hot chocolate?”

Marisa cleared the mess the spilled drink had made and walked into the kitchen. She placed the cup in the sink, starting the faucet. Tears brimmed in her eyes, but it wasn’t pity for Linny that had caused them. She was ashamed of herself for projecting her own insecurities and failures onto a child.

In the evening, Linny was back home snuggled in bed when Marisa paid Shandra a quick visit.

“Oh no, of course, I should have realized.”

“If you don’t mind me asking, what happened?”

“Osteosarcoma, the doctors tried to save her leg, but the tumor was difficult to operate.” Her jaws tightened, eyes scared. Like her mind was reliving all those moments again.

“She’s my little champ, though. On most days, I think she consoled me. Now she just enjoys saying she’s part cyborg. ”

“Yes, she’s a wonderful kid. You must be so proud.”

When she opened her door the next day Marisa found a little basket hung on her doorknob.

Inside it was a can of cream soda with a note that read.

Thanks for coming to watch me skateboard and the hot chocolate. Hope you get the job you want!

P.S: No one is too old to drink cream soda!!

Once she got to work, Marisa took a big swig of cream soda, and walked straight into her manager’s office.