The milestone has been breached!

I always thought that when I hit 100 posts I'd have something profound to say to mark the occasion. Clearly things change, which is apt considering what I have to say on the matter.

My journey on this platform has been a steep learning curve. I had never written a blog post or made videos with any form of direction other than for my workplace, and with the right community – this community, I have forged friendships and developed skills through advice given and learning acquired from content read or watched.

If I was to try and offer a metaphor... or is it an analogy (I can never figure which one it is) on my experience 100+ posts in, I'd say it's like a babbling brook or stream (see, that's a simile) running along its bank and having to deviate around or over obstacles such as stones, boulders and logs, which serve as points of change in ones understanding / direction. These deviations are what makes the journey so much more learned – just when you think you've mastered the direction you want to tread, you duck, dodge, dip or dive into wonderous paths that take you onto other teaching moments, altering your trajectory.

Ultimately though, what positions themselves as barriers are overcome to allow your journey to continue and find new nooks and crannies, eventually finding the ocean. This is when things can really get tough though, as new worlds and new obstacles present themselves, your knowledge beforehand only serves to better prepare you for these moments where I hope to continue on this journey with purpose, and not sink into the abyss – a place of darkness and solitude.

I had started out naming all of you, but then scratched that plan for fear of offending someone I might have forgotten to mention. Instead, I would like to say thank you to all who have read or watched anything I have posted.

I hear you all calling for me to make my 200th post! However, that is akin to waiting for XRP to moon... I hope it does so before I get to that next milestone, as you'll be waiting for some time I feel, so please don't hang your hat on that one!

For what it's worth I've tried to round up my personal top 10 posts from my 100+ during the 11 months I've been operational (in no particular order)... is that longer than the Death Star lasted for?

The Batgirl Featurette was lots of fun – working with my daughter to create videos has been a major highlight during my time on Cinnamon Video. We had fun with this mockumentary – I hope you enjoyed it too!

I made this quite recently in the main to lift spirits – being in lockdown is not fun as I'm sure you can attest to. Choosing this theme, the first thing that came to mind was my children – of course, the concept will mean differently to others dependent on your own experiences. What makes you happy? I'd love to see your videos on the topic.

My first ever video was of my daughter and me reciting lines from movies. This was the second chapter in the series and my favourite – though I am partial to the outtakes from part 3. Anyway, it was another excuse to share time with Katerina.

I've recently started up a film review series where I recommend movies I like. This was the first in the series, which so happens to be my favourite film too. Let me know what you think of the films recommended.

I managed to rope in my brother and my wife into this mockumentary-slash-infomercial on a hobby of mine, football. I reckon they had fun filming their scenes in as much as I did scripting it for them. If you watch to the end you'll see me try out one of these tricks when having a kick-about with Katerina.

I've tried a few of these flash fictions now and I enjoy the process of trying to hook the reader in a short space of time... or words for that matter. This particular story revolves around a serial killer that may or may not be what they appear to be. Incidentally, my first ever post on this platform was a flash fiction exploring the world of film noir. Check it out if you have the time – it's titled A Victim of Abuse, and it's what sparked my handle. 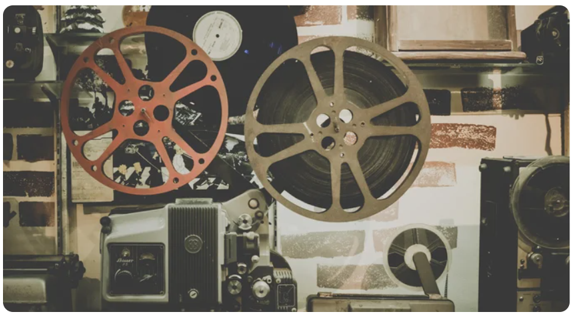 As a film nut, it was interesting trying to argue the difference between film as a scientific feat vs it being an artform. I personally lean towards it being an artform, but one must not discount the importance of technology in how far the medium has come. 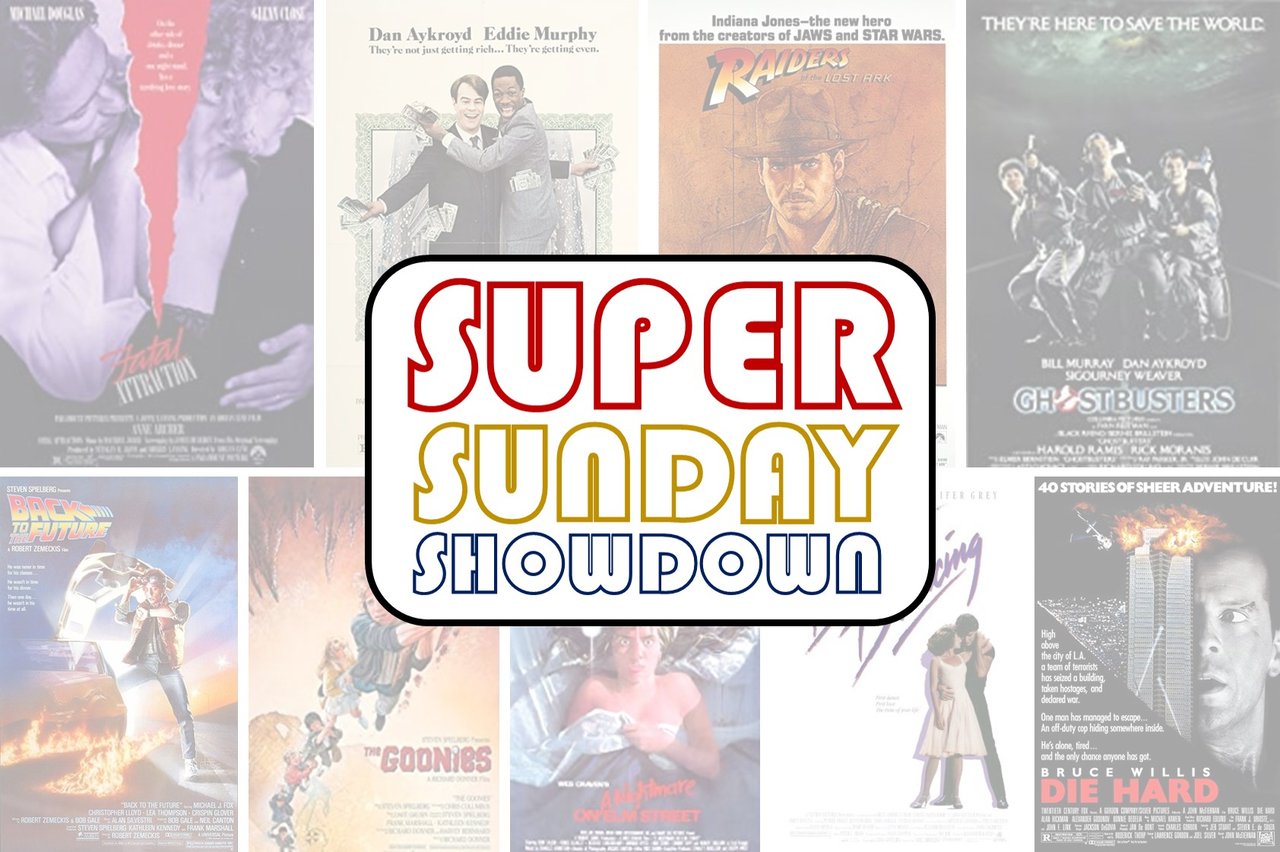 When I first embarked on the quest to determine the greatest 1980s film I didn't expect it to take on a life of its own. I appreciate every one of you who took part in voting for your favourite across different genres to work out the best of the best. While this particular link takes you to the final itself, ALL editions of the series were a pleasure to create and I hope you enjoyed them also. It's been a while since I did this – perhaps I should start up a new showdown!

Show Me 'Sand The Floor'

This is just one of my teaching posts and one I feel is more personal to me based on how it impacted on the student in the blog. Of course, that student also impacted on me and it's stories such as this that keeps me wanting to teach today. I hope you get to read other teaching posts, as I found there to be a lesson for me in each one.

Last but not least, these film archive posts, while incredibly time consuming (on some occasions they took days to organise), they were a pleasure to write – I love film, can you tell? To breakdown sequences not only reaffirms my interest in film, but gives me more insight into the purpose of the film beyond it being about entertainment. Film is so much more than that – it's a form of visual literacy that cannot be overstated – where we get to learn about our society at the time of the film's production.

So there you have it – my journey in a little over 100 posts on Coil. I hope you'll stick around for more, and if you're not subscribed, you could do worse than signing up to the platform to start your content creation journey in this new and exciting web-monetised world known as the 'internet of value'.

Movie Recommendation: REBEL WITHOUT A CAUSE view

What Makes You Happy? view

Disaster films are a guilty pleasure. Not because I relish in the thought of a world ending event to take me away from this rock, but because they offer the perfect escapism on lazy nights when you want your job to be a dot the horizon at the back of your mind.

One of the key components to a great disaster film is the destruction that comes with it. The extinction level event has to be so catastrophic that chance of survival is nil. Or at least I want to believe it can be nil. I’m not a sadist in that sense, but I want my movie villain to be something that makes the hero earn their given title.

Another ingredient to a successful disaster film is the drama between characters you care about. If you’re not invested in the people on screen then how long is it going to be before you turn it off or turn away to your phone and play the latest craze sweeping at your idle hands?

And then there is the special effects. Ripping off the film from a visual effects software package (like anyone buys a physical copy now, right?) and loading up pre-programmed asteroids hurtling from the sky to leave tarmac debris flying through the air on repeat is likely going to quell your enjoyment of the film.

As a John Cusack fan this was always going to excite. The effects driven bonanza is marred though by some of the hokey dialogue and characterisations of some of the performers. I should have known that would be the case since the writing and producing team are those behind Independence Day.

However, 2012 is still worth the price of admission for the ridiculous levels of destruction, particularly that of Yellowstone’s monumental eruption!

Another Roland Emmerich contribution – he seems to have honed in on this genre! This time another fan favourite in Dennis Quaid, has to trek towards the iced over state of New York to find his son who is holed up in Ney York's Public Library . The extinction level event is a warning to us all on climate change.

Some nifty inventive moments when our heroic characters are caught up in the eye of the storm and the ice creeps up like a monster chasing after its victim. The wolves were a bit much though.

It has The Rock in it. And this one harks back to the great moments from the 1970s disaster films, which gives it another reason why it’s up there for me. Only difference on this occasion is the sheer level of destruction and the terrific visual effects. At one point I thought they were going to do the unthinkable with one of the characters, but then chickened out. I’d rather they have perished! Not that I didn’t like the character in question, on the contrary, they were great in this, and in other films. It’s only just occurred to me that this person has starred with the Dwayne Johnson in another film too.

Anyway, earthquakes are horrifying and this one really does cause catastrophic levels of danger.

Nicolas Cage is watchable in anything! I stand by that assertion so go ahead and do your worst. In this, he plays an MIT professor who cracks a code from a buried time capsule, which reveals the coordinates of every major deathly incident in the fifty years since its burial. However, the events end in just a few more days… what could possibly be the reason for why the code stops? This one has director, Alex Proyas throw everything, and I mean everything at the story and then some to leave you absolutely in awe at the screen.

For some viewers, the ending was a disappointment, but so what? It’s an awesome disaster flick perfect for popcorn. And it’s a bit scary on occasions too!

Now, for you to see my number 1 disaster film as it stands today, you'll need to sign up to be a full subscriber.

Those of you who already are, here it goes...