Taking a break from the experiments for my campaign, I decided to make a character for an old Forgotten RPG – Waste World. This is a 90s RPG designed by Bill King, and is gonzo along the lines of Rifts or that sort of game. In a dark future, five great countries prepare for the final war. Each has its own flavor- from the aerialist nation of Ikarus, to the bio-engineered Hydra, they're over the top representations of a particular point of view. The character that I will make will be from the Shogunate (because of course there are cybernetic Samurai and Ninja), which actually doesn't take me too far outside of the Transhuman theme, as the Samurai are reincarnated via Karma Chips. 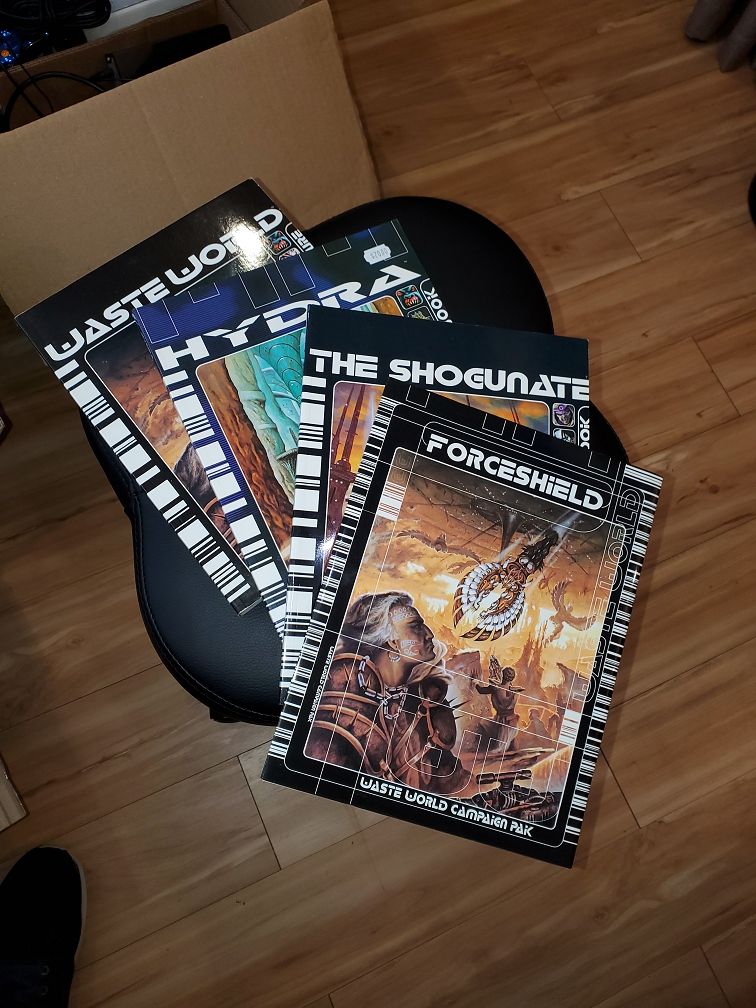 Takeshita was a loyal servant, and he was loyal for loyalties sake. Not because he was a great warrior, though he was. Not because his family was pre-eminent in the Toro clan, though it was. Not because his own star was on the rise after a glorious death bringing down a plot by the Kobara clan, though it was apparent. Only on his second incarnation, his name was spoken in tones with the great samurai of old, and he was stationed far above his age. But then it all came tumbling down. Not because of anything he'd done. It turns out that even though he was too high profile a target, his father was not. He knows that his father's shame was manufactured, but it was within his Overlord's right to force his father to commit seppuku, plunging his own blade into his karma chip- bringing real and lasting death. Takeshita was supposed to do the same, and in going to the great void, it would have restored his family's honor. But the Overlord instead came for his family, not allowing him to do so. Takeshita fought back, but in the end was captured, along with his mother, sister, and brother. The Emperor himself stepped in, sparing Takeshita of a dishonorable death in favor of banishment and Ronin status. But he would not overturn the ruling, and so his family and all of his father's wealth was taken by the Overlord. On that day, Takeshita found out that his loyalty had its limits, and vowed to tear down all that he'd helped to build up.