Amazing old photos of rare sports that you will never believe existed! – Part 1 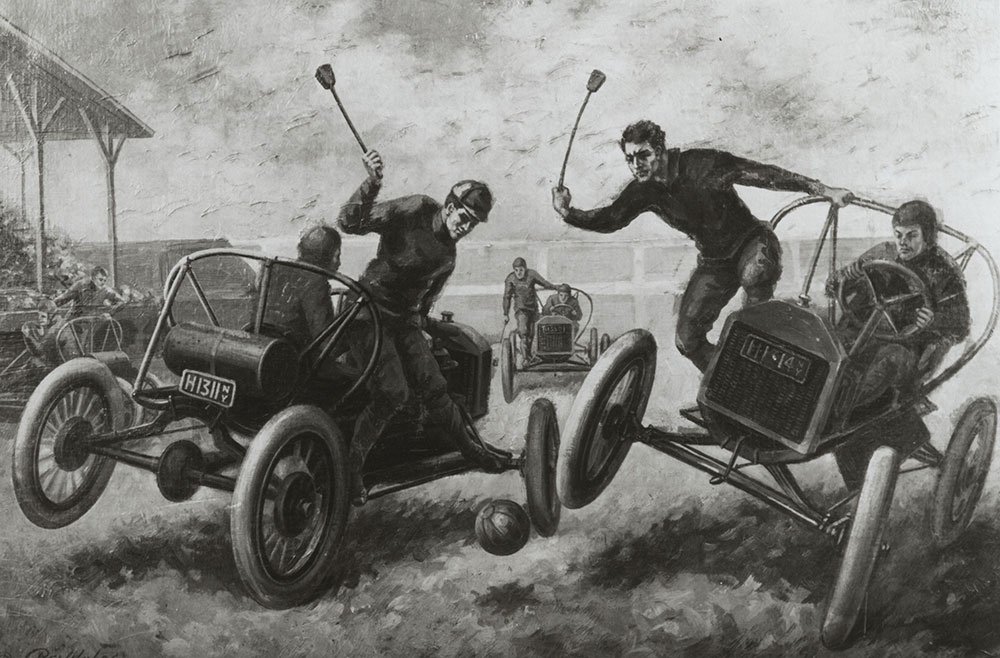 Everyone knows sports is not a thing of our days, even is not a thing of past days. Sports have been with us for a long time since mankind even knew that some things they usually do in a day...were effectively a kind of sport.

When we talk about sports we think always in great and amazing events like Olympics Games, FIFA World Cup, World Athletics Championships, The Diamond League of Athletics, NFL Cup....wich represents for the crowd the choicest of sports today(football, athletics, baseball, and the list is going on.....) But there are some kind of sports played years ago that attract a huge amount of fans and admirers and i am sure if those times where those sports were played would have been TV and Internet times...those sports would have had their own show(and would have been very successsfull indeed!!!)

...here you have some sports played in past century which i am sure that you would have been a fan of for sure!! 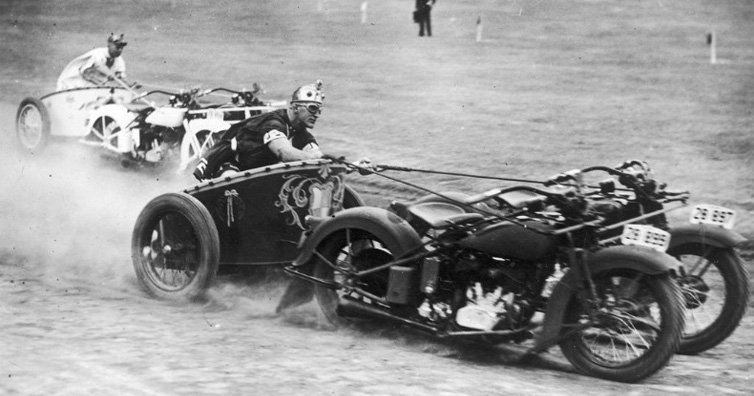 We may think that we may have seen everything that racing as an extremely entertaining sport has to offer today. Well…..not quite. We are yet to see a sort of racing sport which is yet to gain popularity now but which was extremely popular during the 1920s and 1930s. That sport was Motorcycle Chariot Racing.

It was a popular sport in Australia, New Zealand, the USA and some parts of Europe if we believe in writings of that time and some handwritten notes left behind in those photos reversal. 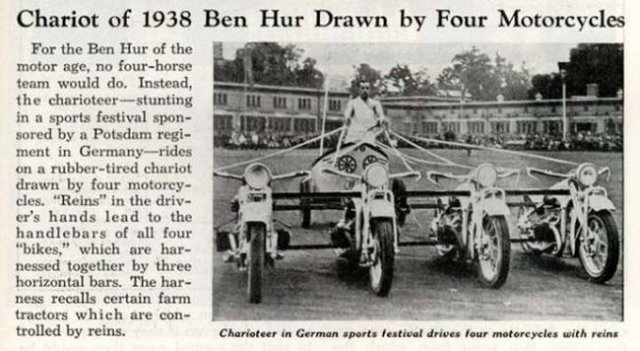 Fig 2. A writing dated in 1938 regarding Motorcylce Chariot Race.

As you can see it was really an extreme sport since you cannot have full control of motorcycle with a couple of flanges.

According to Popular Mechanics magazine: “these chariots were made from wine barrels for sporting in 1922 with automobile wheels attached to them with motorcycles in front and “Charioteers” wearing roman era inspired costumes with motorbike riders in front who drove them during the race.”

...and in fact, this sport remember us the antique Roman horse race in Coliseum from which this kind of rare sport was inspired by. 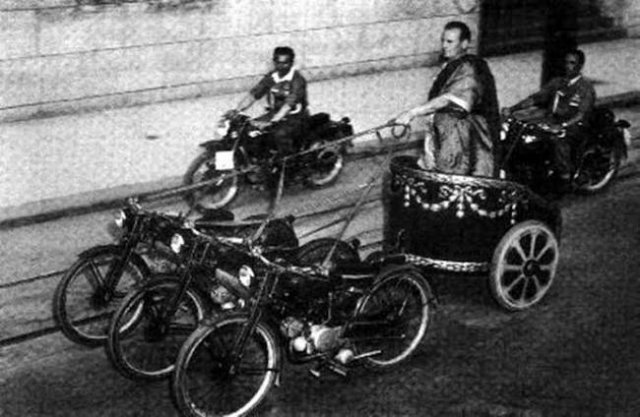 Fig 3. A “Charioteer” with a costume inspired by ancient romans

Sadly not much is known about this sport today, although there are still some motor cycle chariots racing enthusiasts who are trying to keep it alive. 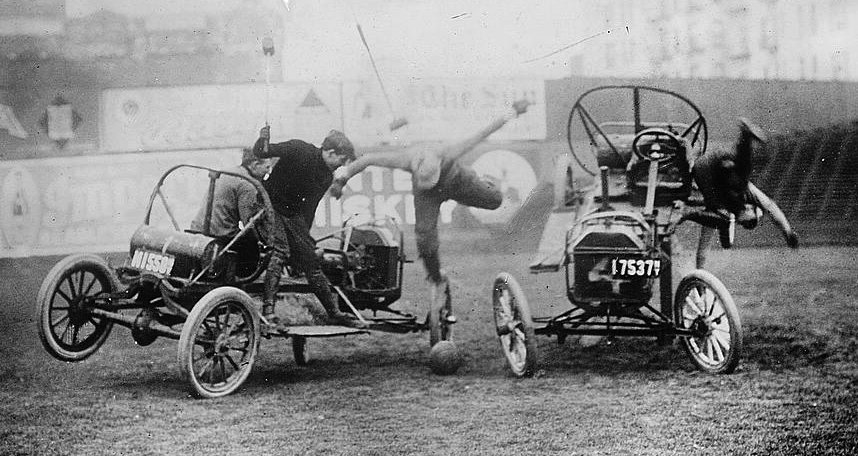 Automobile polo or auto polo was a motorsport invented in the United States with rules and equipment similar to equestrian polo but using automobiles instead of horses. It was a very popular sport in USA and several areas in Europe from 1911 until the late 1920s. But as big was its popularity, big were the problems attached to it since there was high probability of death or injuries to the participants and spectators, and expensive damage to vehicles. 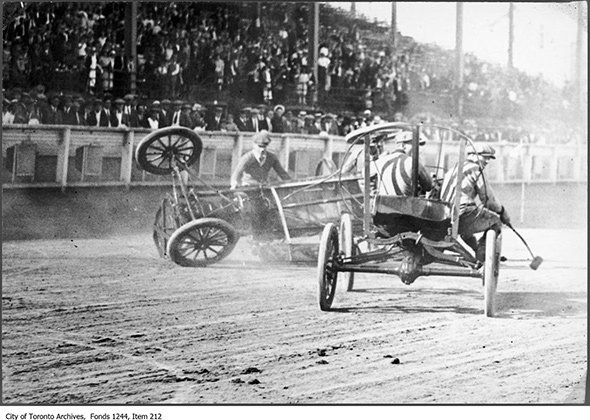 Wikipedia state that the official inventor of auto polo is purported to be Ralph “Pappy” Hankinson, a Ford automobile dealer from Topeka who devised the sport as a publicity stunt in 1911 to sell Model T cars(smart guy!!)

As a sport was regulated and had a set of rules regarding some things like the security of competitors and equipment to be used.

Internationally, auto polo was regarded with skepticism and caution. In 1912, the British motoring publication The Auto described the new sport as “very impressive” and a “lunatic game” that the writers hoped would not become popular in Britain. 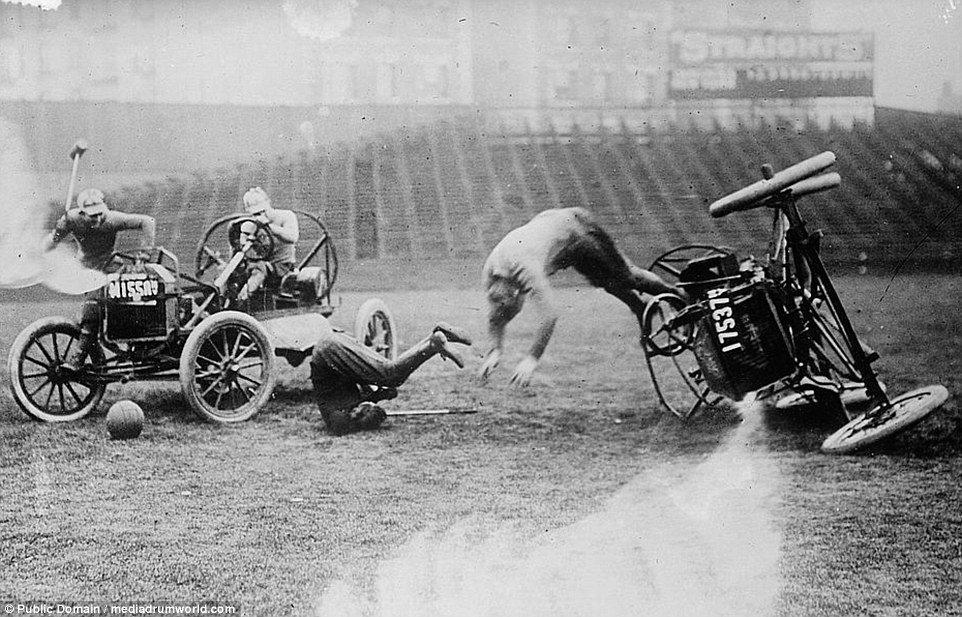 Fig. 6 Auto polo match in 1915...as you can see sometimes players were heavily injured.

It was an expensive sport due to the price of the vehicles in that time and the fact that the vehicles and the players can suffer serious damage, though death by playing auto polo were extremely rare.

The sport waned in popularity during the late 1920s, mostly due to the high cost of replacing vehicles, but did have a brief resurgence in the Midwestern United States after World War II. 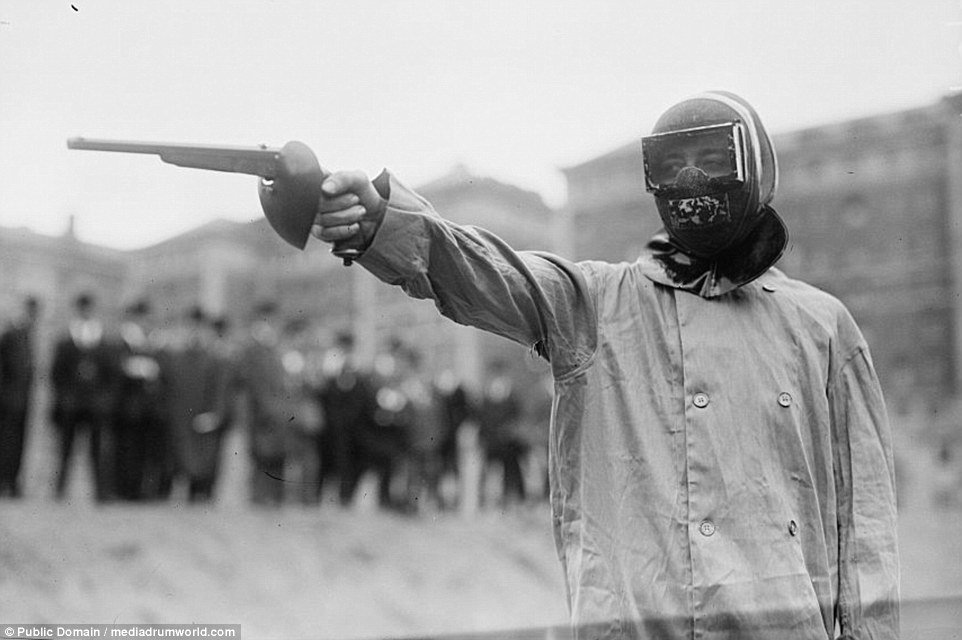 Fig 7 . A duelist with a .44 calibre French dueling pistol

In the early 1900s, the age-old custom of pistol dueling was briefly resurrected as a non-lethal sport by using wax bullets.

This kind of real rare sport was not lethal though could be realy painful depending on the place were the wax bullet hits the target.

Wax bullet duels appear to have first emerged in France, and in the early 1900s, a “School of Dueling” was established in Paris.

As a curiosity we can say that a version of this sport was even featured as a demonstration event at the 1908 London Summer Olympics, in addition to its inclusion at international pistol and revolver championships...but happily it was not succedded as to include it in real Olimpycs Games :) 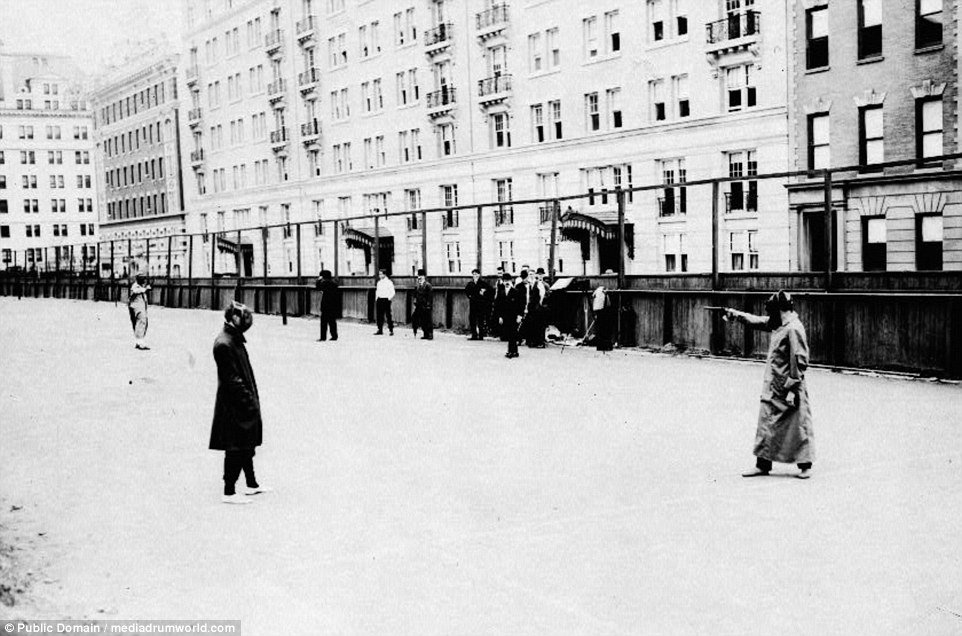 Fig 8. Two opponents face off during a rubber-bullet duel in New York, 1909.

The wax bullets used could reach easily a speed of up to 450 feet per second (140 m/s) wich is more then enough to create serious bruise on the skin of any duelist but hopefully...not death. 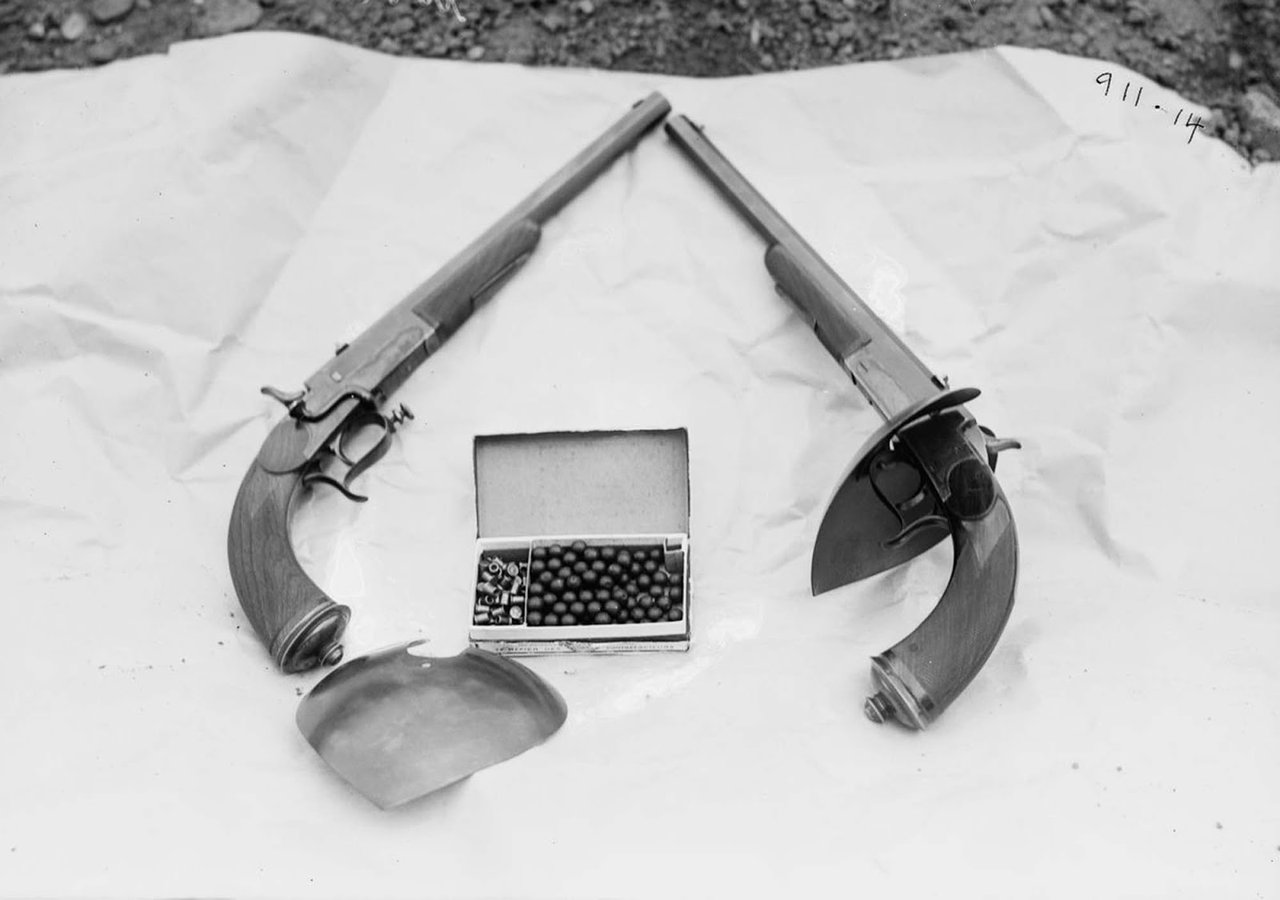 Fig 9. The modified .44 caliber blackpowder pistols used in a 1909 exhibition.

This sport loose its popularity by the beggining of 1930's when other kind of sports gained in popularity and the “fun” of seeing two persons shoot each other without being death was not so fun at all...(...yes, human soul is darker sometimes :( ) 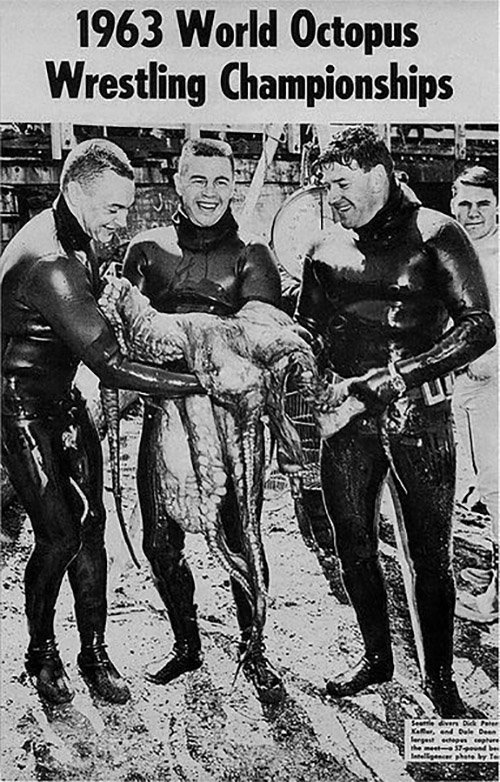 Fig 10. Octopus-wrestling was a popular sport for some 20 years, but it was a dangerous one.

From 1949 to the mid-1960s, the unconventional sport of octopus wrestling ran rampant across the United States. Thousands of people would turn out to the seaside to wait with bated breath as a diver trudged into the ocean to fight dangerous cephalopods.

This kind of rare sport wich was quite popular among US citizens(as expectators in most cases) was considered yeasr later as cruel and totally inhumane way of entertaining. Just several decades ago, the bizarre spectacle was a reality and it could even attract up to 5,000 spectators.

The sport was taken so seriously that in the 1960s, a World Octopus Wrestling Championship was held yearly in Puget Sound, Washington. 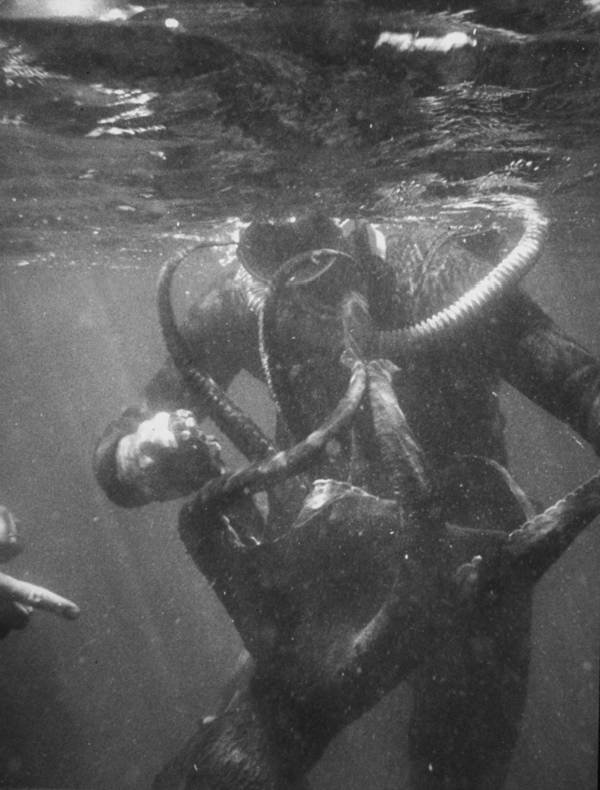 Fig 11. A diver fights with an octopus in a contest.

The bizarre sport appears for the firs time in Eastern Coast of USA and slowly gained popularity across the entire country, reaching the West Coast by the beggining of 1960.

According to TheVintageNews “the sport involved a team of divers who would descend into the water at depths up to 60 feet, where they would encounter the octopus in its den. The teams consisted of two or three men who would struggle to get free of the tentacles of the animal and drag the octopus to the surface.” 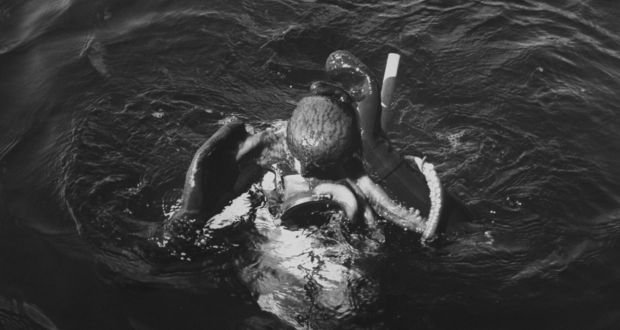 Fig 12. A diver surfaces with an octopus after an underwater wrestling match.

After the competition, the prize octopi were eaten, released, or sent to some Aquarium.

The sport’s popularity faded by the mid-1960s, when people slowly lost interest in octopus wrestling perhaps because they became aware of the brutality with which these animals were treated.

This is the 1st part of a series of articles i will be publishing this month about rare sports in vintage photos.