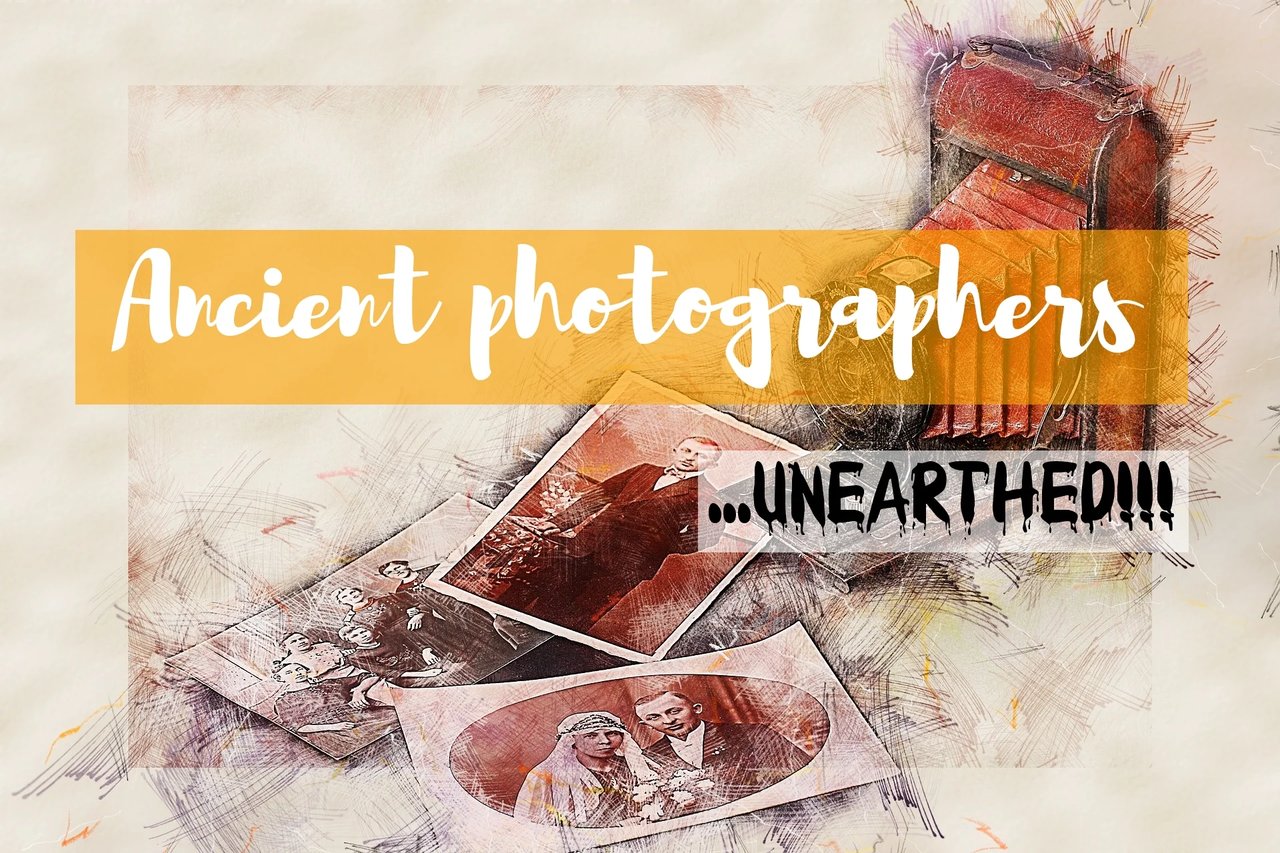 Everyone who follows me here at Coil knows i am an appasionate of old and vintage photographs and i have dedicated several articles covering rare and unusual photos. But this time i want to start a series of articles covering those people who were behind scenes, taking those amazing photos we can see nowaday using old techniques that seems ridiculous to us right now but in those days were amazing techniques and quite complicated to handle and to learn.

This series of articles is dedicated to those forgotten photographers. Thanks to their incredible work we can see today scenes from the past and we can amaze thinking on how exciting it would have been to live those past days when everything was simpler and began to rediscover the very foundations of humanity itself...photography was there to get it all covered!!!

What a better start for this series than dedicating the very first article to the father of the very first photography practical process: Louis Daguerre...does this name seems familiar to you? ;)

Louis Daguerre: from painting to photography

His real name was Louis-Jacques-Mandé Daguerre and he was born in 1784 in Cormeilles-en-Parisis, France. He grew up in a middle-class family in a royalist environment despite the outbreak of the French Revolution. 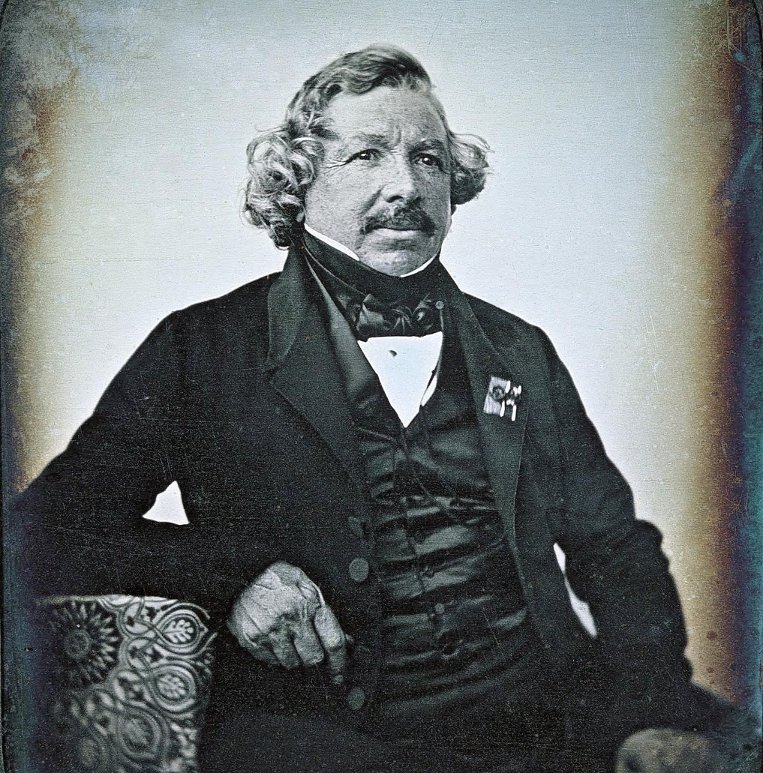 Due to political upheaval during and after the Revolution, young Louis’ formal education was very inconsistent. He did, however, show a talent for drawing, and at 13 became apprenticed to an architect. Those teachings, however, were of great value for his second occupation: 3 years of apprentice with the famous and talented stage and theater designer, Degoti. And a little later, we can find him as main assistant to the most prominent stage designer in Paris of the time, Prevost. He spend those years studing and practicing scene painting for the opera wich gave him basic and advanced ideas on how to paint realistic scenes. This would be very important in the next steps Daguerre would take in his life from year 1820 onwards.

We must say too, before continue, Daguerre was a second-row painter in Paris in the first half of the 19th century. One of his most spectacular creations was the painting of the Mass of the Rooster in Saint-Etienne-du Mont, for the realism of his perspective: the play of lights crossed an imaginary stained glass window until reaching the altar; that feeling of being in front of the real space was so great that the spectators, placed at an approximate distance of seven meters, came to throw objects thinking that they would cross that space; but, surprisingly, they collided with skillfully painted fabrics. :)

Fig 2. The Ruins of Holyrood Chapel(1824) – Daguerre was well known for his realistic paitings.

The invention of the Diorama

Louis Daguerre will go down in history for inventing the Diorama, at the very beginning of 1820's.

The Diorama was an installation that provides a sense of depth to the images. This invention aroused the attention of the Parisian public in a show that consisted of creating the illusion to the spectator that he was in another place through huge images, that could be moved and that were combined with a play of lights and sounds, etc. , to make it appear that the viewer was in situations like a battle, a storm, etc.

For all this to be credible, the paintings had to be very realistic and for this reason, Daguerre was interested in applying the principle of the Camera Obscura to the Diorama. 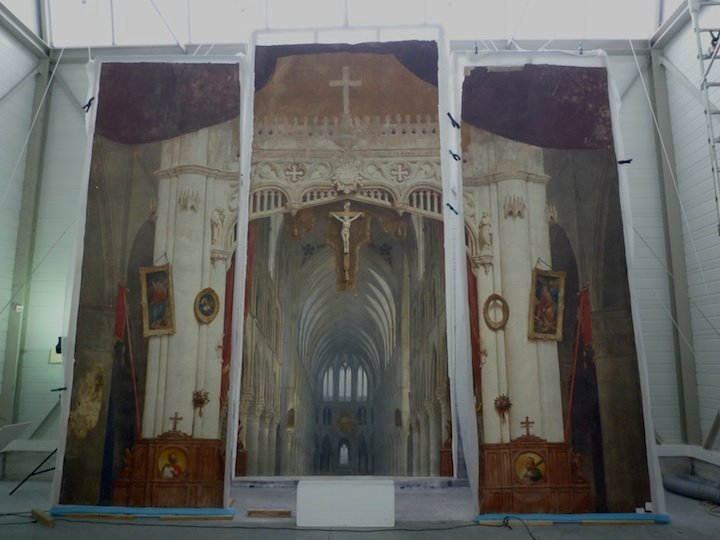 This invention was not really “his invention”. Scenic designers such as Philippe-Jacques Loutherbourg (1740-1812) with his “Eidophusikon” or Franz Niklas König (1765-1832) with his “Diaphanorama” had proved that getting movement with light effects on realistically painted fabrics was possible. Daguerre's merit is that he knew how to see the wishes of an audience that was already beginning to claim shows like that, and he successfully added transparencies, sound effects, embossed elements and other effects to his representations, taking them on a much larger scale than any of the representations seen before.

The representations at huge theaters with capacities for more than 300 spectators were a huge success wich leads into a more stable financial situation for Daguerre wich focused into make his representations even bigger and more realistic. But after a decade of financial and critical success, Daguerre lapsed into bankruptcy from 1832 to 1835. Dioramas were costly to produce, and a cholera outbreak in Paris at the time had crippled ticket sales. He ran into more bad luck in 1839, when his own theater burned down.

As a businessman who perseveres, Daguerre did not get carried away by discouragement and while his Diorama business was in decline he decided to partner with Joseph Nicéphore Niépce, who four years earlier had produced the world’s first permanent photograph, hoping to incorporate this invention into his Dioramas.

After Niépce’s death in 1833, Daguerre’s experiments with chemicals and silver plates yielded the Daguerreotype process, which he patented in 1839.

The Daguerreotype: his greatest achievement

The daguerreotype is accurate, detailed and sharp. It has a mirror-like surface and is very fragile. Since the metal plate is extremely vulnerable, most daguerreotypes are presented in a special housing: like a picture in its frame. 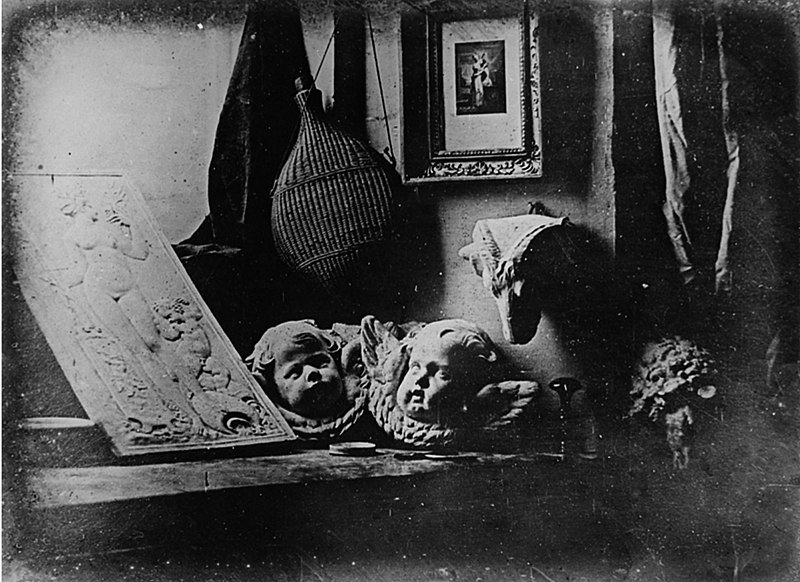 Fig 4. L’Atelier de l'artiste(“The artist's studio”): a daguerreotype of 1837, made by Daguerre

Daguerre discovered the proccess of fixing an image to a plaque almost by accident in 1835 trying to perfec Joseph Nicéphore Niépce's image fixation method when in an oversight he placed a plaque that had been exposed inside a cabinet, later discovering that the image had been fixed, thanks to a process of revealing, produced by Mercury’s fumes: had been born the daguerreotype process!

Daguerre used, in obtaining fixed images, silver copper plates, which he subjected to treatments of Yodo vapours, which after being exposed were subjected to mercury vapours in order to reveal the image, which was finally fixed with salt and salt water warm, perfecting the Niépce method, and reducing the fixation time to twenty minutes instead of two hours needed by Niépce's method. 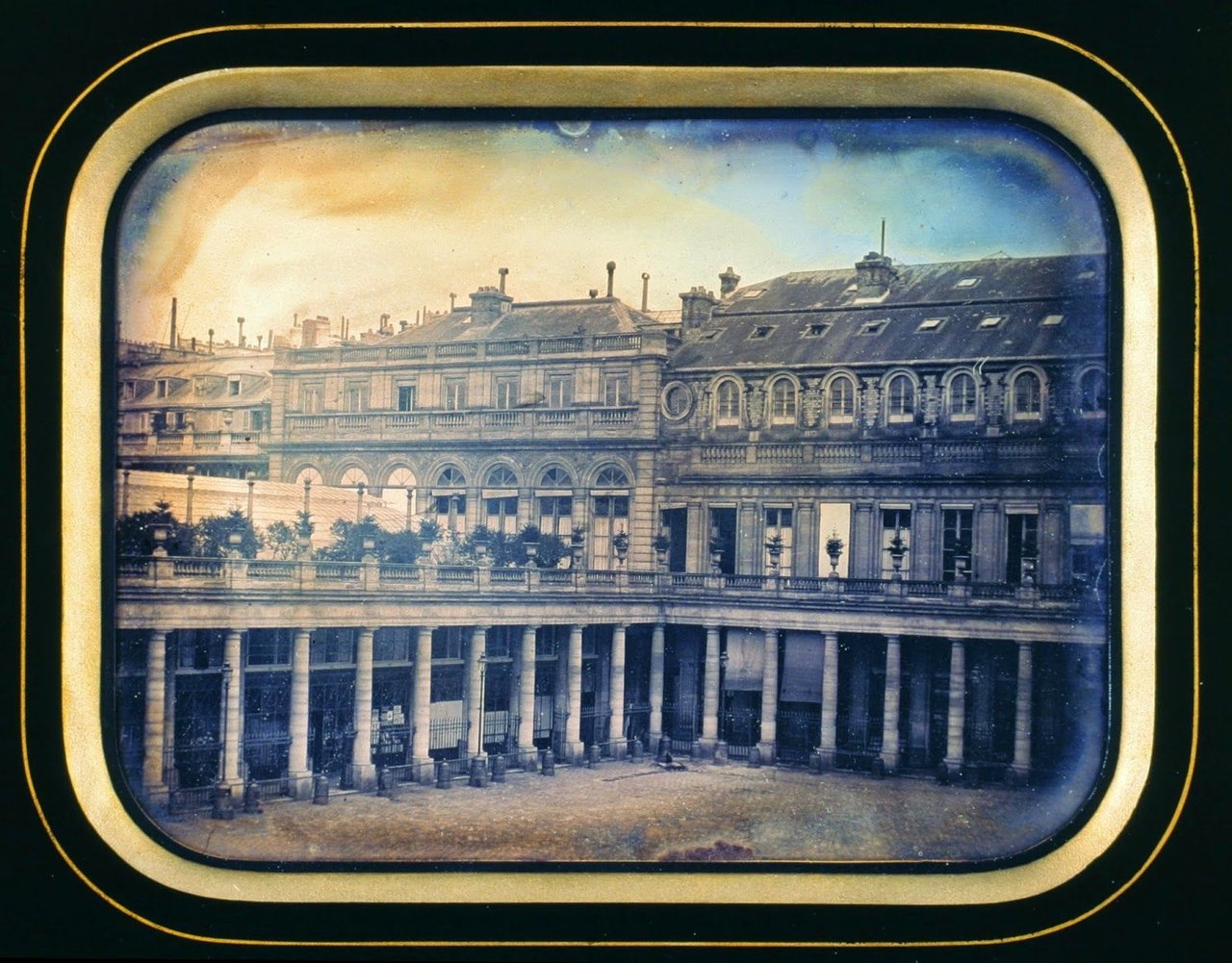 From the moment of its birth, photography had a dual character—as a medium of artistic expression and as a powerful scientific tool—and Daguerre promoted his invention on both fronts.

First photos(or plates) were still-life compositions of plaster casts after antique sculpture, but being a bussiness man he knows that his invention could also be used to obtain commercial benefits in other facets of life regarding commercial use over artistic one, so he also photographed an arrangement of shells and fossils days before daguerreotypes were first shown to the Académie des Sciences, trying not only to present but to sell his invention as a scientific tool. 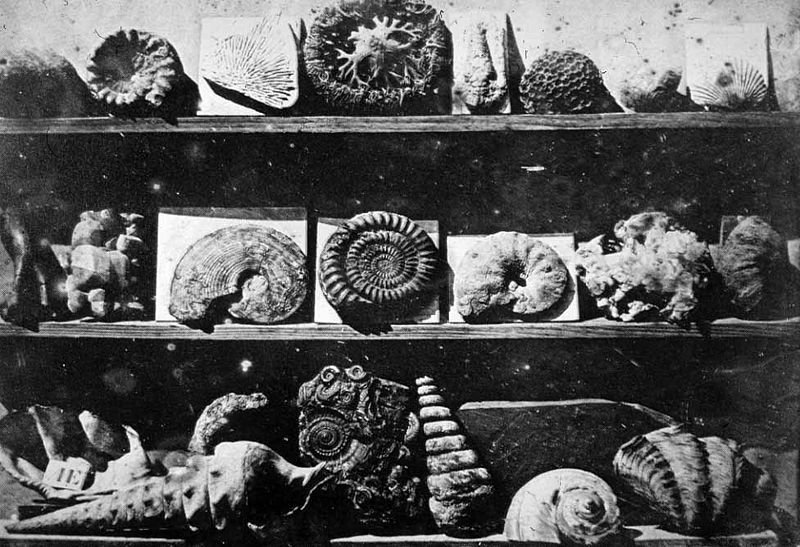 He photograped too iconic places of Paris like this Notre Dame Cathedral daguerreotype. 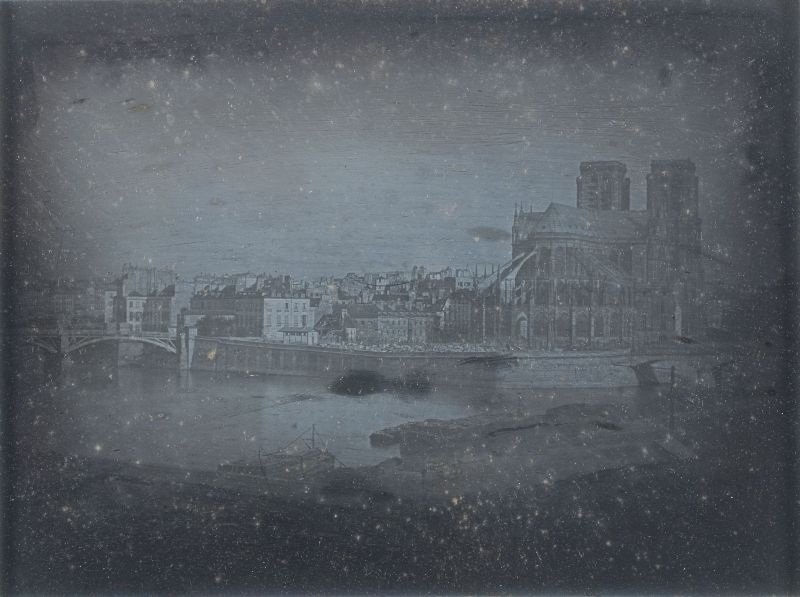 ...and this one represents a view from Paris, more exactly the view of 17th Street of the Paris of that time. 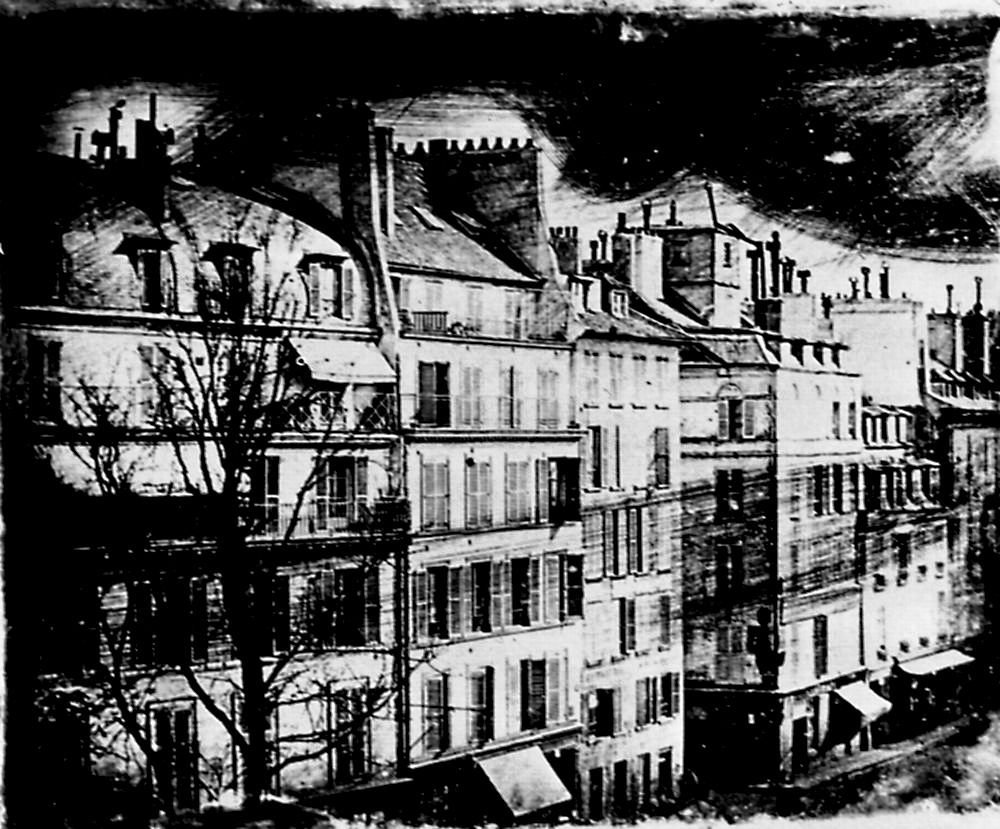 Fig 8. A view of Paris from 17th Street by Daguerre

...being the following image the original plaque of the daguerreotype shown above: 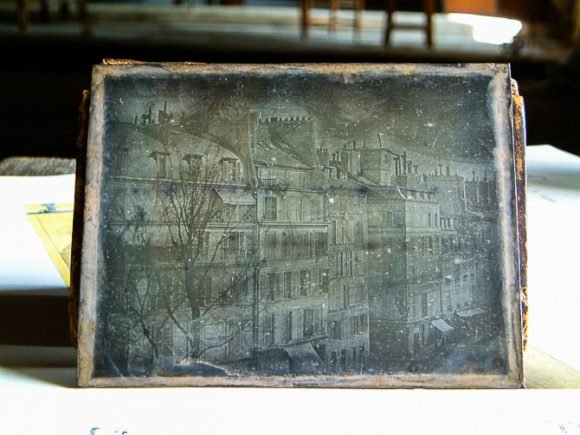 Fig 9. Original daguerreotype of the “View of Paris from 17th Street” by Daguerre

As people started to realize the power of this invention quickly, 500,000 daguerreotypes were made in the city of Paris in a year and Daguerre, helped by his brother-in-law, brought the camera called “Daguerrotype” to the market with the manuals being translated into several important languages in order to export them to other parts of the world.

“Daguerrotype” cameras and the invention itself attracted everyone, but only a few were really interested at all. Although Daguerre made little money from his eponymous method trying to market it for himself, the French Government paid him an annual pension for publicly releasing it: the goverment paid an annual pension of 6,000 francs for Daguerre and another 4,000 francs for the son of Joseph Niépce, with the aim of making the invention available to the public, which allowed the use of the daguerreotype to spread throughout Europe and the United States .

In 1840 he retired from public life, returning to his first trade: the painting of dioramas, this time contracted by the churches of Bry-sur-Marne. Finally, on 10 July 1851, at the age of 63, Louise Daguerre died.

There are controversial versions on how Daguerre stole the credits for being the inventor of the photography to his partner Niépce. The truth is Niépce invented the process on how to make an image to appear into a copper or silver plaque but Daguerre perfected this process and his main discovery was that he was the first one to achieve the fixing of that image into that plaque reducing the exposure time to get better images.

There are no doubts that Daguerre was one of the pioneers in photography world and his inventions and discoveries lead future generation into perfectioning those process to what we know today as “real photography”. As a fair recognition to Daguerre's works and discoveries when the Eiffel Tower was built in the late 1880s, Daguerre’s name was inscribed on its base next to those of 71 other influential French scientists and inventors.

Today, just over 25 Daguerre's daguerreotypes survive, for the sake of humanity.

This is the 1st part of a series of articles dedicated to ancient photographs. Many more series regarding vintage photos who immortalized weird and amazing things and their photographers are coming...just follow me to ensure don't miss even one of the articles that will be published.

Daguerre is also known for taking the first photo of a living person in the world at Boulevard du Temple in 1839. And here it is, in all its glory, just for my beloved subscribers friends: