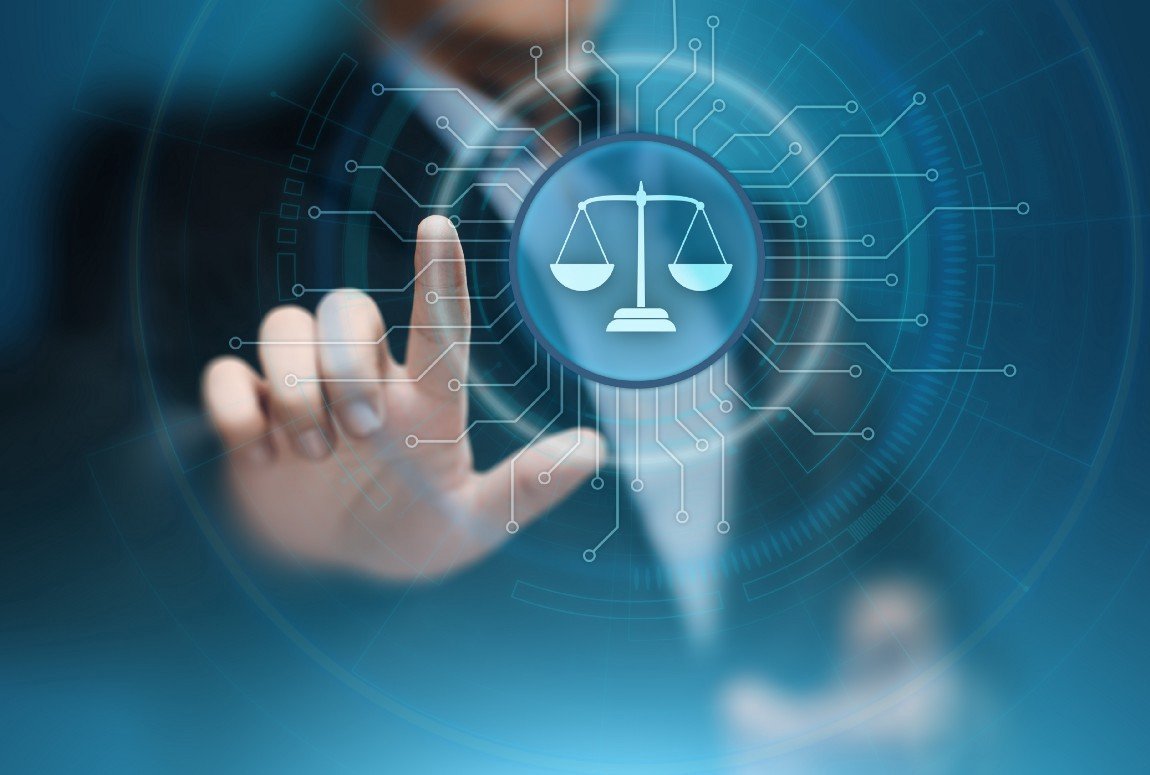 The Blockchain...what a journey since Bitcoin inception!!!

Bitcoin and the concept of its blockchain were first introduced in the fall of 2008 as a whitepaper and later released as open-source software in 2009. Almost everyone in crypto world(and even outside this world too) knows that Blockchain was invented by a person (or group of people) using the -now famous- name of Satoshi Nakamoto in 2008 to serve as the public transaction ledger of the cryptocurrency named Bitcoin.

Blockchain is considered a type of payment rail.

Since Bitcoin creation thousands of new cryptocurrencies and tokens have appeared on the Internet to operate as digital currencies with blockchain ecosystems designed to solve specific problems for people around the world.

As any other “industry” different categories were created to try to distinguish different types of coins.

Cryptos like Bitcoin(BTC) and Litecoin(LTC) are designed primary to act like everyday spending currencies(as you do with your FIAT money on a daily basis). Then we have tokens wich are divided into two main categories: **Security and Utility.

**...but first let's see the differences between a coin and a token:

“A COIN (including altcoins) is a form of digital money created through encryption techniques which store value. They are tied to a public blockchain, may be sent, received or mined, and do not perform any functions beyond acting as money.”...the we have the tokens:

TOKENS are digital assets, issued by a blockchain-based project, which can be used as a payment method inside of its ecosystem, performing similar functions with coins. However, the main difference is that it also gives the holder a right to participate in the network.The following graph shows better the relationship between them:

And finally Tokens are divided into two main categories: Security and Utility...and here we are, we've reached the “token thing” we are gonna talk about in this funny article. Let's go to bussiness....

What is a security?

In a traditional sense, securities can represent an ownership position in a publicly-traded corporation, a creditor relationship with a governmental body/corporation, or rights to ownership as represented by an option. 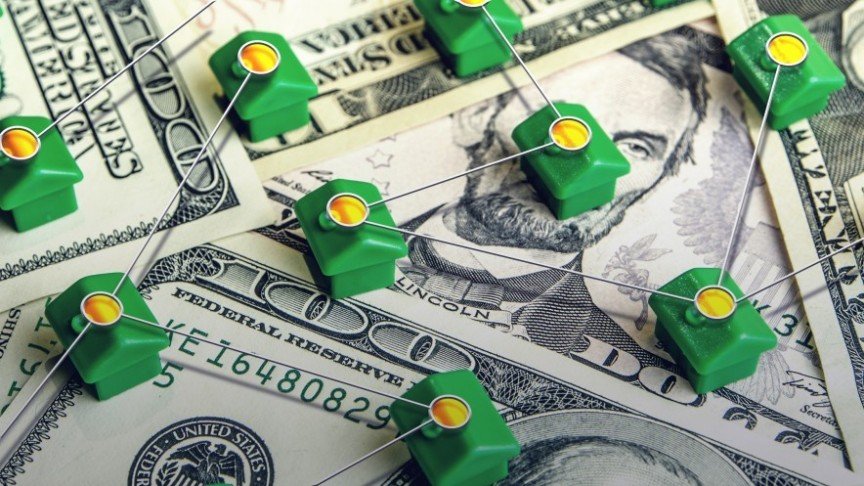 Securities are broadly categorized into:

For the holder, a security represents an investment as an owner, creditor or rights to ownership on which the person hopes to gain profit.

Years ago evidence of ownership was a written piece of paper. But as all things in life, this process has been improving till today where we can find this kind of “ownership right” to be a computer file...amazing, isn't?

What is a Security Token?

A security token is a tokenized, digital form of these traditional securities(yes...those we were talking in previous section!...good bye old and friendly paper!!!) 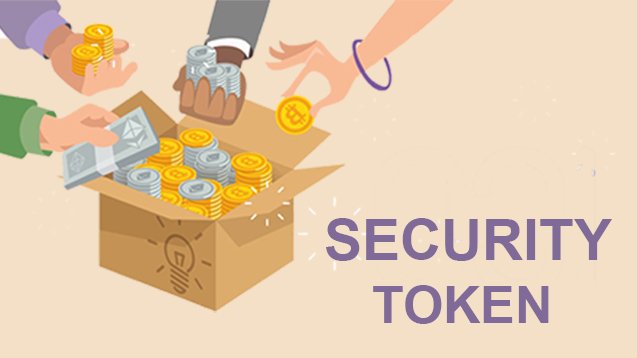 Security tokens are the most recent invention in the crypto space. They are considered by many to be the key to cryptocurrencies achieving mainstream adoption, due to their focus on tokenizing digital and non-digital assets, which makes them useful for almost any industry or application...so many people consider security tokens as the BOOM! into cryptocurrencies adoption worldwide...nice! :)

By definition a crypto token that passes the Howey Test (check the info on provided link to know what this test is about) is deemed a security token. These usually derive their value from an external, tradable asset. Because the tokens are deemed as security, they are subject to federal securities and regulations.

In simpler terms, a token is classified as security when there is an expectation of profit from the effort of others. And please read carefully: “profit” not “steal” :)

Having Security Tokens in your hands is like having a paper signed contrat granting you ownership of shares of a given company...but in steroids!!

Taken as an investment contract Security Tokens represents legal ownership (as recognized by the SEC) of a physical or digital asset that has been verified on the blockchain(yeah...our old and dear blockchain, thanks Satoshi Nakamoto!). Investors can exchange fiat money or cryptocurrencies for security tokens via a smart contract.

2- Polymath(global platform for issuing and investing in securities tokens, has its own token – POLY)

What is an Utility Token?

Utility tokens as their name suggests are tokens that have utility on the blockchain or DApp.

Having Utility Tokens is like having tickets for a baseball match entitles you to enter the visitor’s arena on the field.

So having these utility tokens/digital representations gives you entitlement for various things on a particular blockchain for which you are holding the tokens.

That’s why utility tokens are solely for utility and are not an investment vehicle(like Security Tokens are), but many utility token issuers and even buyers have taken them otherwise.

The most well known Utility Token in the market is, no doubt, Ether(ETH), but we have some genuine utility tokesn less know but quite useful like Siacoin (Sia), FileCoin(FIL), Civic(CVC) and Neblio (NEBL)

Now a fine table summarizing all of this: 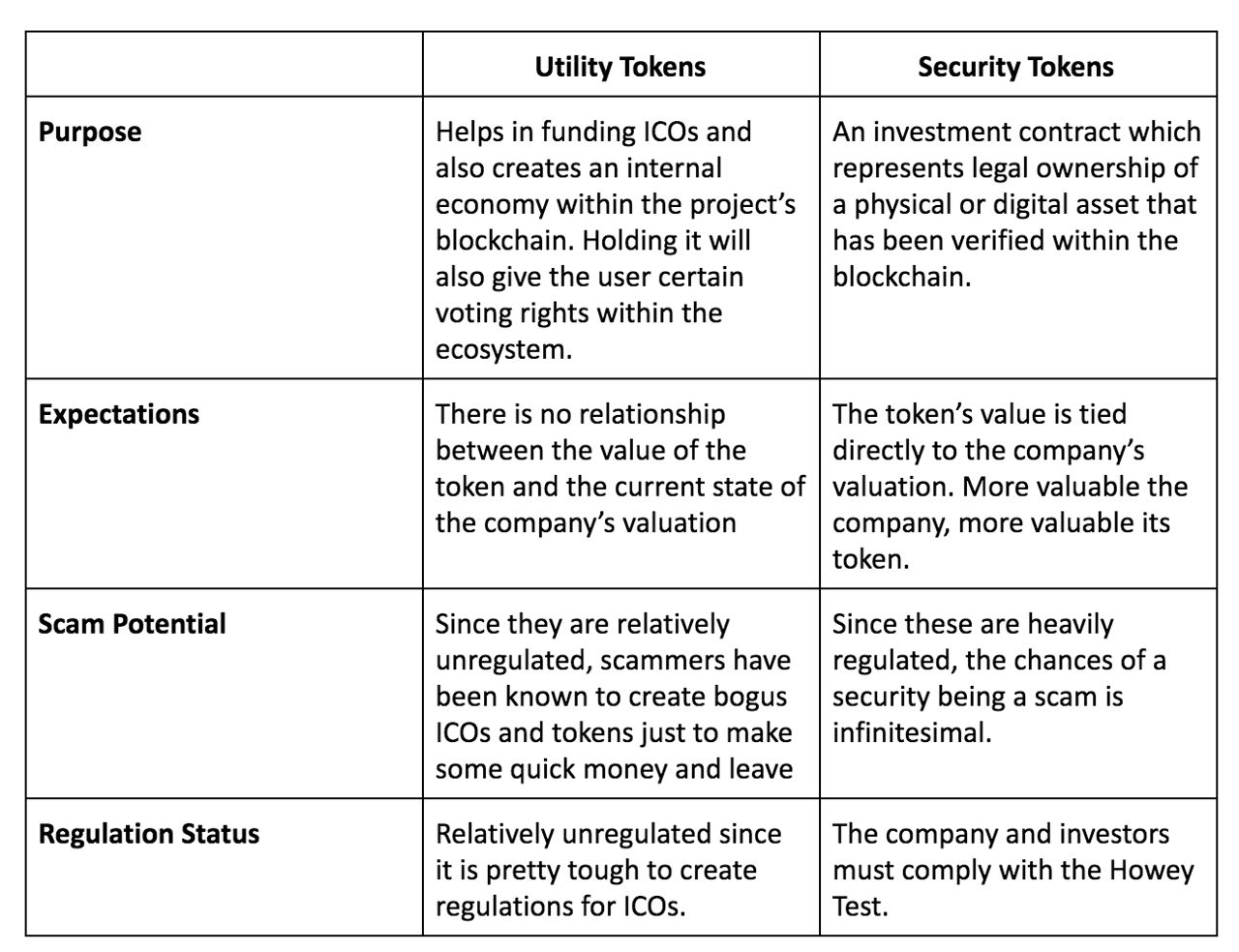 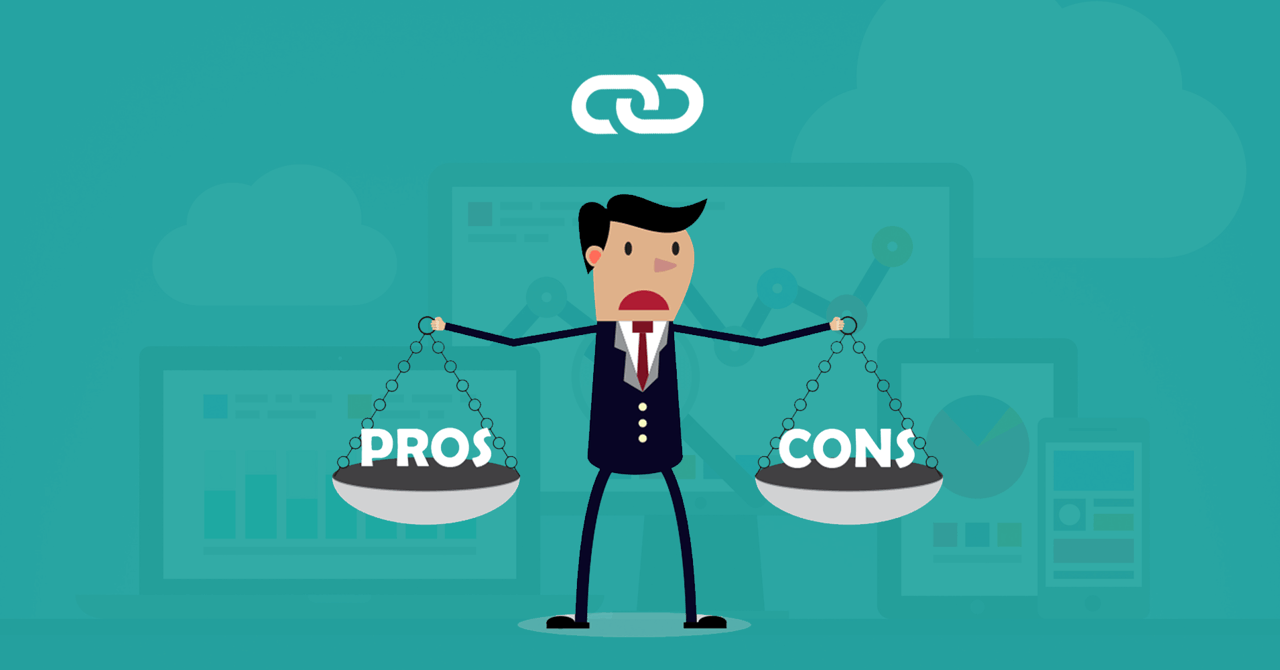 Utility tokens serve as a tool for driving human behavior using incentives within a blockchain ecosystem. Since they help in building an internal economy within the system, some companies wich not have clear business models for a clear initiative, can construct their own ecosystems, produce their own ‘money’, and use this money to incentivize people who participates into.

Then these utility tokens can be traded for Bitcoin, XRP or ETH, or any other kind of crypto, which can be exchanged for fiat currency, making them equally as valuable as any form of fiat money.

So the company wich has no clear bussiness model becomes as valuable as anyone else out there, otherwise would likely have to operate as a non-profit because the revenue and bussiness model was not clearly established, so no investor comes in...facts of our days!!!

The problems with Utility Tokens are clearly SCAMMERS...(i hate those guys!!). 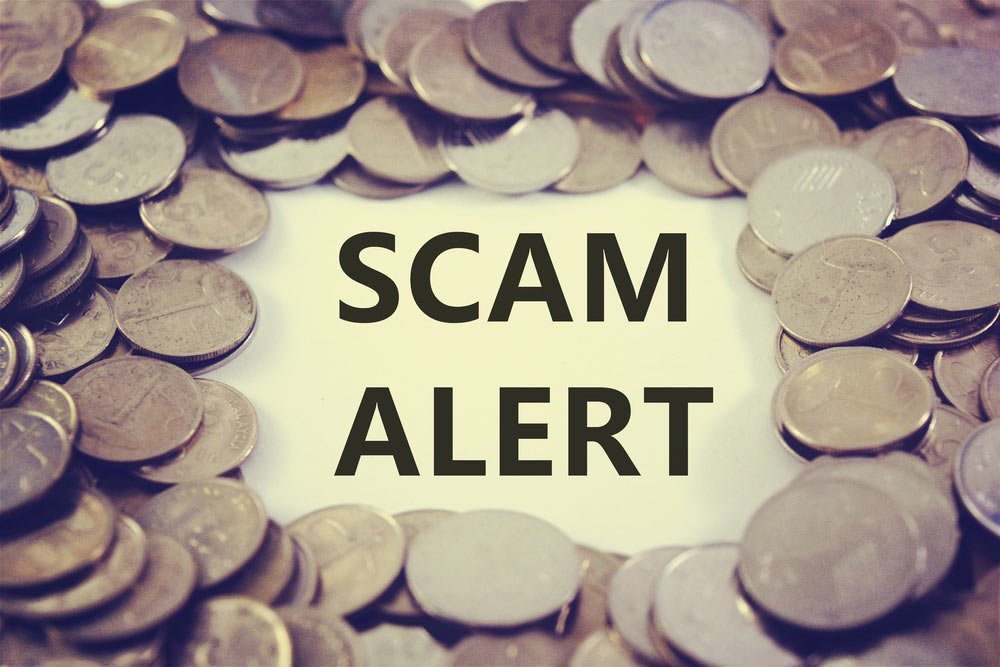 Many companies have good intentions when they launch tokens and raise funding through ICOs. However, there has also been many scammers that present themselves as value-driven companies, but ultimately only seek to raise as much money as possible, then exit without building the product they promised to develop leaving you with one hand in a can and another in a sign that reads: “please...one satoshi for a living...” Boom, if you get into those scammers hands and put all your savings in there, you will go back to the ages of faucets!!

By the other hand Security Tokens are safer...among the advantages they have lets note 4 of them:

Eliminates many scams: security tokens eliminate most scams in the crypto space. Security tokens are inherently a more trustworthy investment because companies that release them have to go through significantly more regulatory hurdles before they can be accessible to the public.(main advantage to me!!!)

Dividend payouts: yep!...you receive quarterly dividends paid out of the profits made from the assets they own...here is your wage mate!!!

Access to multiple asset classes: they offer access to any kind of company, product, fund, or structure that produces value. So you can obtain or give value to “anything you want”...nice!!

Access to liquidity for traditionally illiquid assets: by investing in a security token that represents an ownership stake in a house, you can sell the token much faster and receive the funds almost instantly.

...this are the advantages but what about the disadvantages...there HAS to be someone, isn't it??...yes, as all things in life, everything is not black and white:

Legal requirements: Securities are legally classified by the SEC under the ‘Howey Test’. (not easy to go through!)

Note: These requirements can be incredibly costly and time consuming for any business.

Restricted investor base: not everyone can “invest”...Under current US regulations, security tokens may only be available to accredited investors (i.e., investors with a $1million net worth, or $200k in annual income).

Which one is better?

...do your own math mate!...both are quite good, both are profitable, both have pros and cons but Security Tokens are the future as i see...the entry point to mass adoption of cryptocurrencies in real world: investors, users, companies...a real mess that will become more secure and organized because of Security Tokens...and investment, a secure investment for a future!!!

...but if you prefer to invest into Utility Tokens, no problem, just be sure what are you doing, and do that well...don't be that guy with a can and a sign later!!!

A little gift for subscribed members only ;)