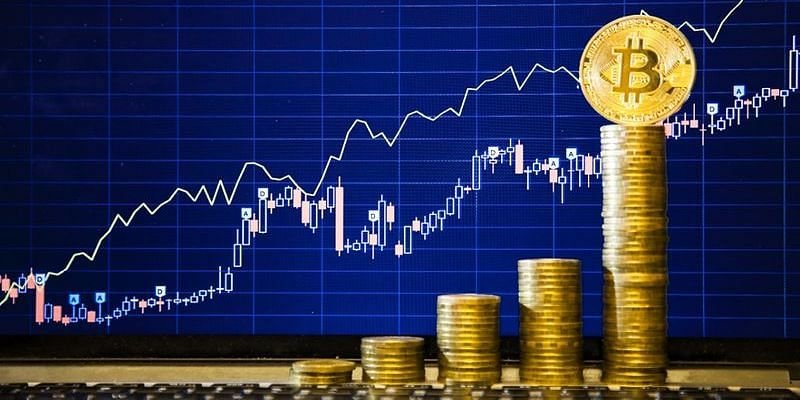 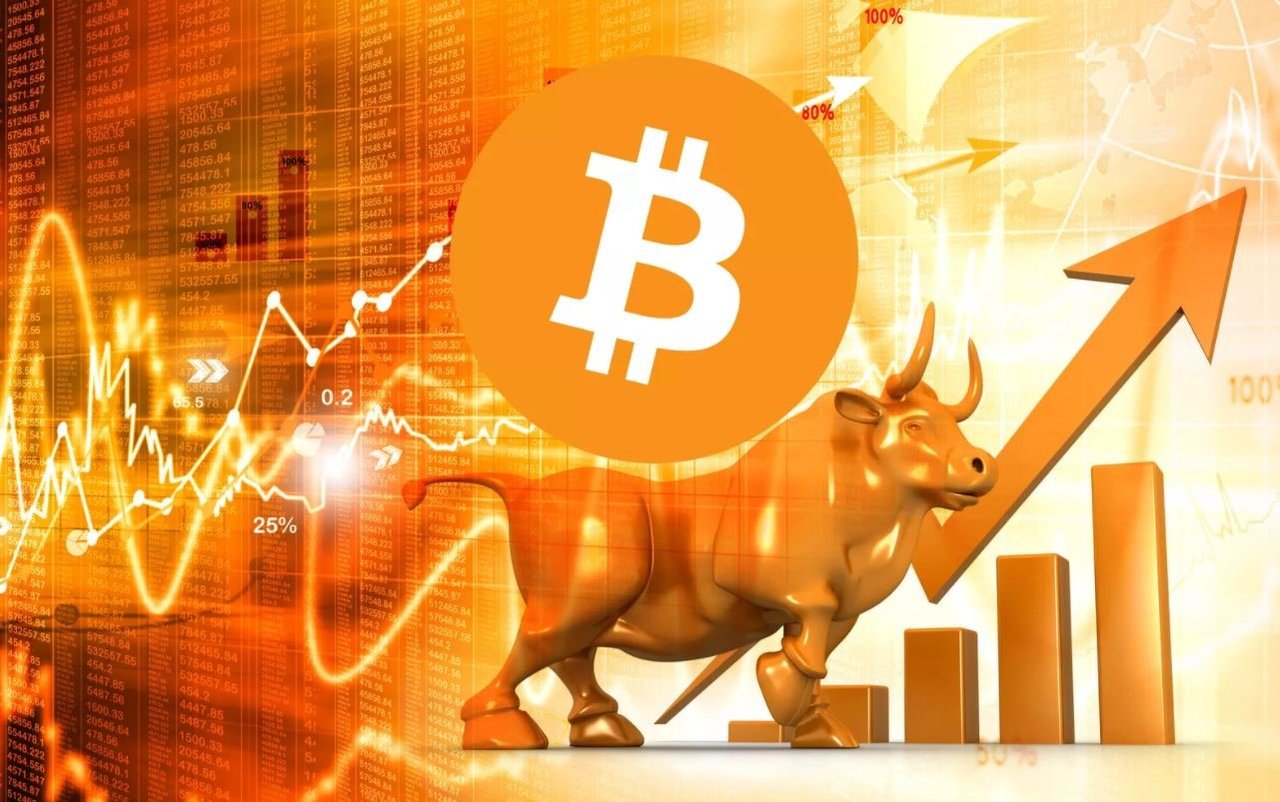 The phrase “what a time to be alive” has never been more relevant than it is currently in the context of the cryptocurrency market. Bitcoin hodlers and crypto investors in general have been very happy for the past few weeks thanks to the amazing crypto boom that has been taking place.

The cryptocurrency market is off to a great start in 2020, especially Bitcoin which is considered the grandfather of all digital currencies and the first crypto to grace the public market. The digital currency experienced its biggest rally ever, and has arguably performed better than it did during the great crypto rally of 2017.

Understanding the extent of the 2021 crypto rally

Bitcoin has been leading the charge as far as the crypto boom is concerned. It boasts of the highest daily trading volumes out of any other digital coins and that is thanks to the fact it is the oldest and most popular cryptocurrency. It is thus fitting to use it as a yardstick for understanding the ongoing rally. To put it to perspective, Bitcoin’s price peaked at a $39,700 according to Coinmarketcap, making it the new historic high. An overwhelmingly impressive jump considering that one Bitcoin was worth as low as $5,292 in March 2020. 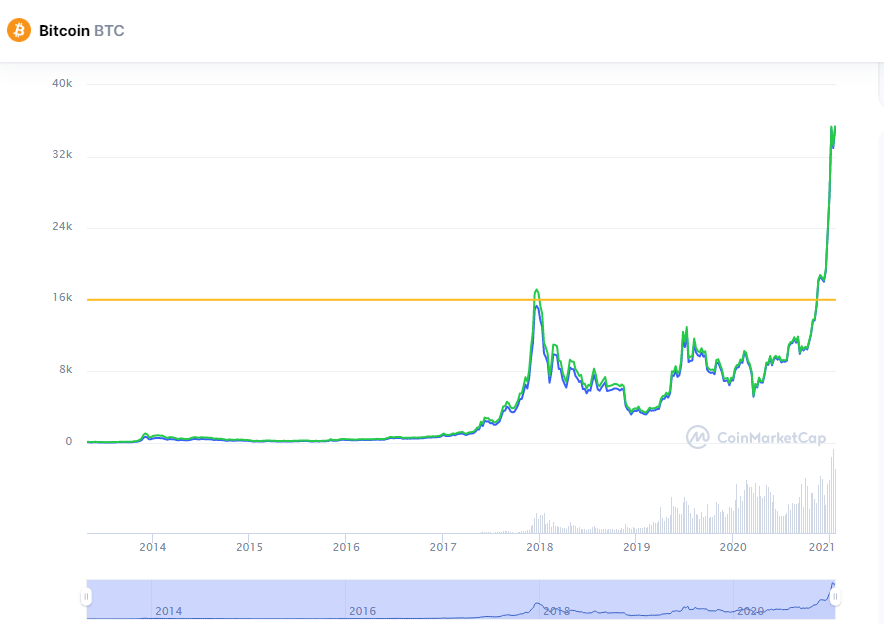 To paint a better picture of just how good an investment Bitcoin has been, anyone who invested roughly $500,000 in Bitcoin in March 2020 when news about the pandemic was breaking would now have about $3.7 million in the span of less than 12 months. The true winners are the ones who bought Bitcoin in its early days. For example, someone who bought Bitcoin worth $100 before 2013, especially when its value was equivalent to that of the dollar, would now have $3.7 million. Mind-blowing!

Forces behind the rally

The ongoing crypto boom is the culmination of many factors which are relatively easy to pinpoint. Chief among them is the coronavirus which grounded many other investment avenues such as securities and stocks. Investors avoided them and instead favored cryptocurrencies which are not directly linked to economic performance.

Many people saw digital coins as safe havens through which they could protect their wealth from erosion caused by the pandemic. It explains the rapid increase in crypto trading volumes in the past few months. Cryptocurrency prices tend to increase the more they are acquired, which means that a huge influx of buyers contributed greatly in the impressive price hikes.

Talk of the great reset may also be another reason for the sustained rally. Bitcoin’s price showed some resistance at around the $22,000 price level. However, it managed to break through that level and continue with its stratospheric performance especially around the same time that news of the great reset started spreading. The news spread more fear about the post-pandemic financial situation, thus further fueling the crypto rally.

One of the aspects of the great reset is taking more from people, leaving them with less control of their finances. Such an idea is bound to encourage people to take actions such as removing their wealth from the traditional finance system and putting it into a system that has less centralization. In this case, the crypto market was the ideal place.

The difference between the current and 2017 rallies

Looking back at the above factors, it is easy to see the patterns that have contributed to the crypto market’s current price surge. The market has been overall bullish and it has received a lot of support from the influx of buying activities by individuals and institutions, supported by economic downturn and an increased awareness in the crypto market.

In contrast, the 2017 rally was largely a bubble where people were simply buying to get in on the action. The current rally is backed by actual data against traditional finance. Another key differentiator is that majority of the people that are now investing in crypto have the right information and they know what they are getting into, compared to the 2017 crypto bull market where investors blindly jumped on the hype.

There was a lot of friction against cryptocurrencies especially from governments and financial institutions in 2017 despite the influx of trading activities. It was certainly enough for the market to be considered shaky and that may have contributed to the huge crypto market crash in 2018. Meanwhile in 2021, even governments have started embracing the idea of digital coins and blockchain technology. In other words, cryptocurrencies have become widely accepted now, thus giving them a solid rooting. These factors may have contributed to the continued price surge.

Where do cryptocurrencies go from here?

The previous rally in the digital currency market had important lessons for us to learn. For example, the crypto market is immensely volatile. Prices spike by huge margins and they may also fall hard. Investors should thus be careful to enter and exit the market at the right time. Unfortunately, it is not easy to predict when the next crypto crash will happen. It is not a matter of if, but rather when it will happen.

There are two possible outcomes as of now. Crypto prices will either continue to rally or they will drop. The outcome depends on the market situation, especially in the traditional finance system. If the pandemic is subdued and normalcy returns quickly, it could encourage more investment in traditional finance, which means that people will move their money out of crypto. Such a move would likely trigger a money drain from the crypto market, which would in turn subdue the prices of digital currencies.