Being a better trans ally

I don't really believe in New Year's resolutions, but this year I'm aiming to be a better ally, particularly to the trans community. As a first step in educating myself, I bought Shon Faye's 'The Transgender Issue' after reading this excellent review of it from Terence Eden. 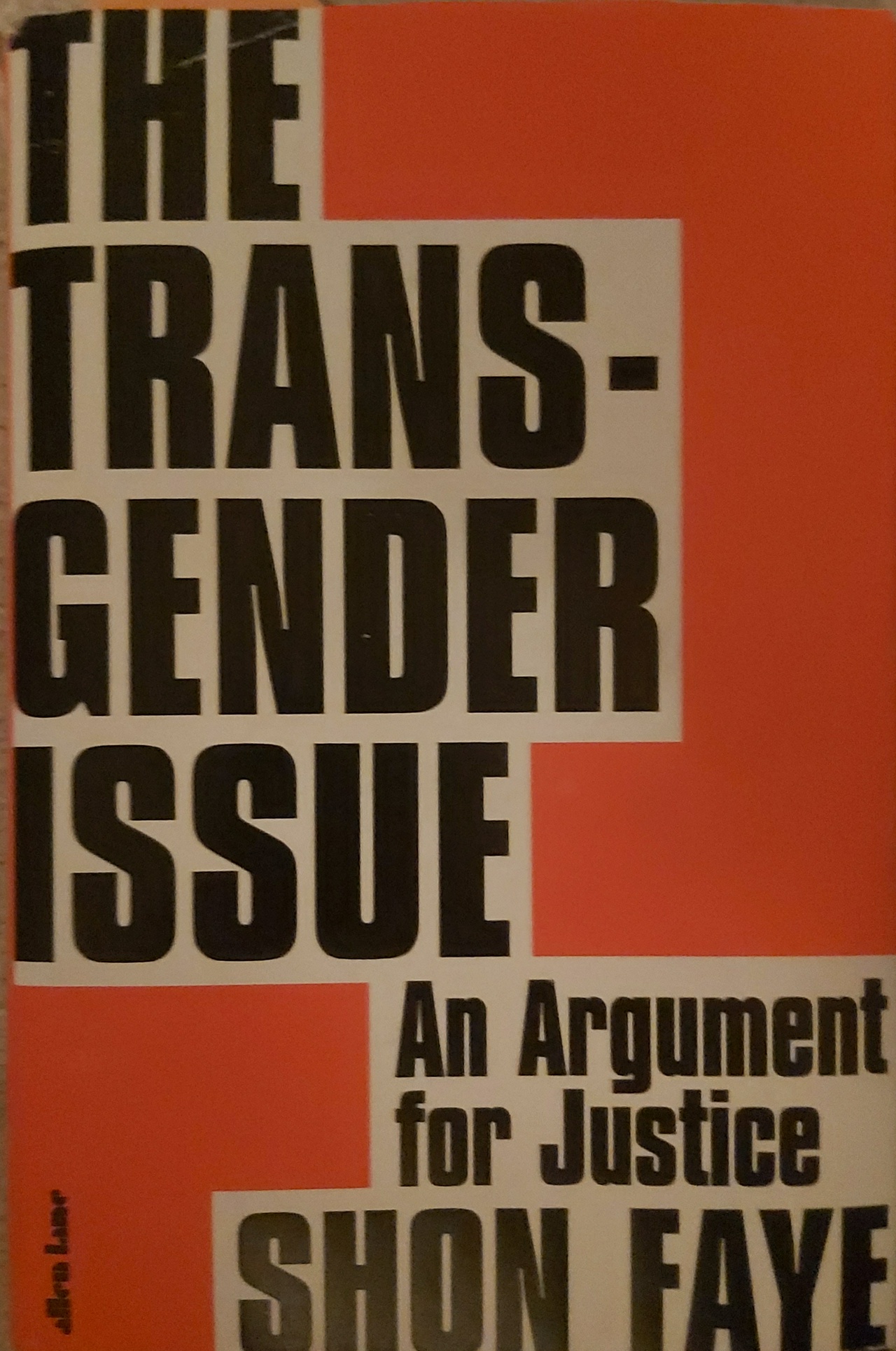 The cover of ‘The Transgender Issue’ by Shon Faye

In one chapter, Faye examines how social conservatives look to restrict and control trans-women's bodies in a similar way to how they seek to control cis-women's bodies. At the end of this and other sections of the book, Faye calls for an alliance of movements. To begin with this felt like preaching to the converted, but then I realised that these brittle relationships are at the heart of current divisions between advocates of social justice for different sectors of society.

I then gave my perspective some more thought. There can't ever be a complete account of a community's experience, as each one is so varied and diverse. It is perfectly fair for this book to be left leaning and to aim to build bridges, and for other books to pick up alternative discussions where needed.

Once I started to think about arguments, I started to think about the pile-ons that I've witnessed on Twitter. It's been a long time since I've seen it used for a nuanced discussion. I'd see TERFs trending and feel the urge to click and see what the hell was happening this time. Usually JK Rowling had said something grim or there was a reaction to the development of Scotland's Gender Recognition Act. I'd read all these angry and provocative comments and feel guilty for clicking away from all the rage that I was conveniently able to ignore.

As a cis-man, I know that I am incredibly privileged when it comes to discussions around gender. I've never had to reflect on whether I was born in the right body, and I also haven't experienced the fear that so many women have experienced at the hands of men (my wife Kelly Williams wrote this excellent post on this).

Whilst on Twitter trans identities are often only seen in the context of marginalising women, the reality is that trans people have little institutional power. In previous work I have heard from people who have been repeatedly deadnamed in an attempt to undermine their identities when they came into contact with public services.

Last year we went through the process of going through our podcasts and ensuring that they were transcribed for accessibility. We shared the work around a few of us, and I found myself getting engrossed in some of the episodes that I was responsible for. Something that Dez Holmes said on a podcast on race, privilege and allyship has stuck with me. The comment was made in the context of race, but it made me reflect on my role as an ally more generally:

“I think I take a, kind of, multifaceted view on privilege, or white privilege, in that there's definitely an element of what you've said, about unleashing power. I think in some scenarios, it is important for allies to unleash their power, but I also appreciate, for those people who, perhaps, are self-conscious about their power, the thought of unleashing it could make, kind of, make them feel condescending, as you say, or feel ambivalent about doing that. But I just think different scenarios require different things from allies. And so, that's why it's important allies are educated in terms of the power that they hold, how that could be used in different situations and what that power actually is.”

Since reflecting on this I have been considering the power that I hold and what I do with it. Whilst I don't intend on wading into online arguments, there is something around making my position clear so that when I do get drawn into discussions, I am in a position to respond in a helpful and supportive way to the trans community. In the current culture war, it means having the courage of my convictions to put my own thoughts and ideas out there and to be more vocal when I see injustice.

If you live or work close to Newport, Stonewall are offering this learning programme for trans allies – looks fascinating!