That fern was generated on a computer by Michael Barnsley, but the real ones are like that, too: 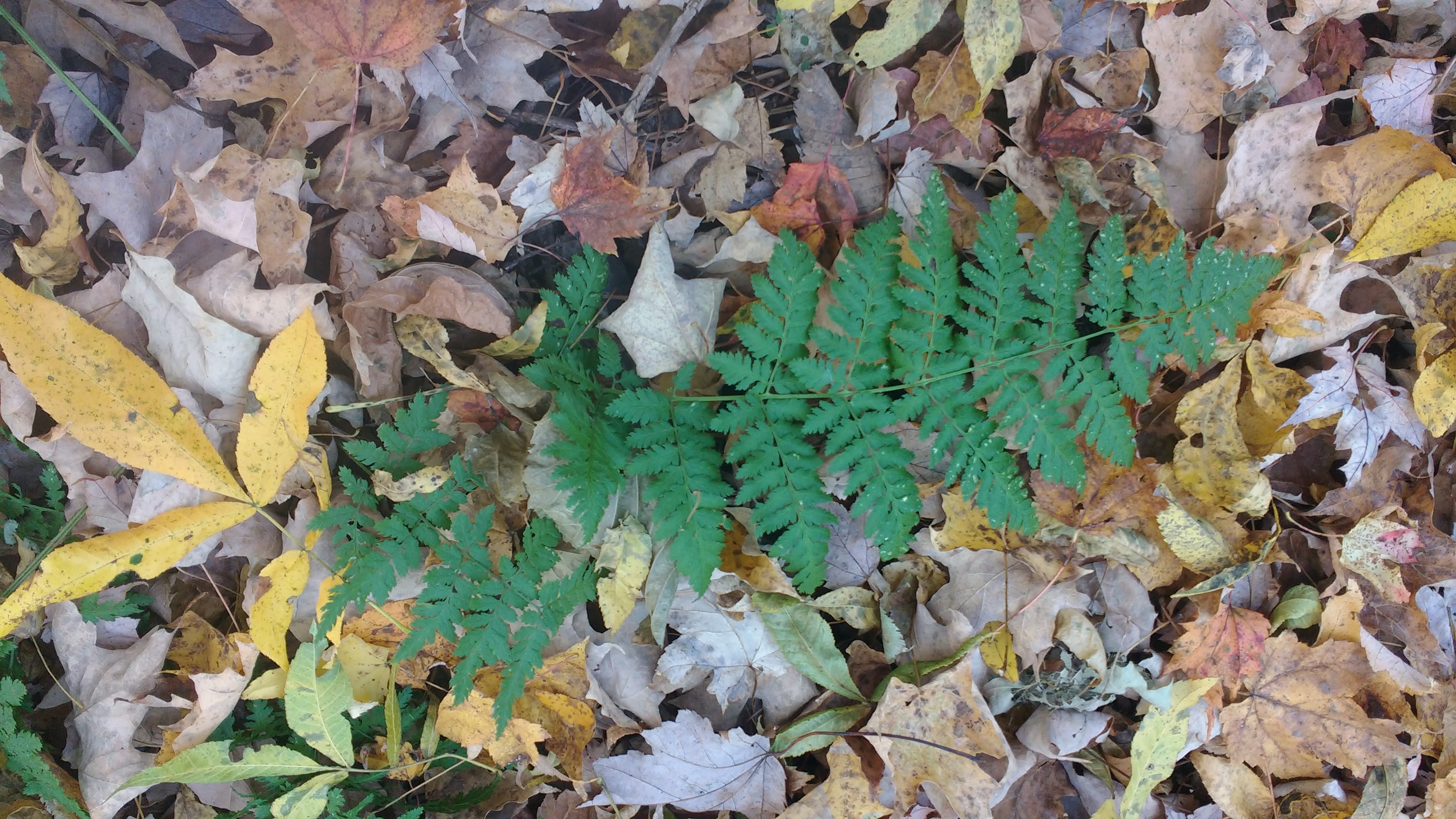 An economy at every scale contains processes which take existing resources as inputs and from them, create new resources as outputs. 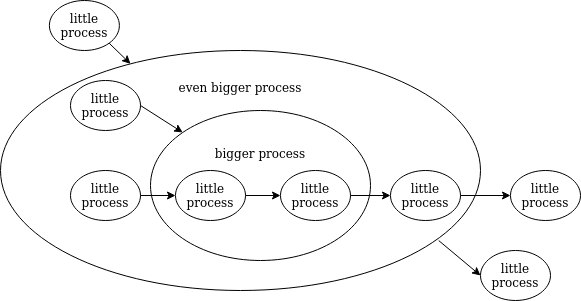 So for example, a gardener does some work (a resource) and takes some seeds (resources) and plants them in some soil (a resource) and feeds them some compost (a resource created by decomposition from other resources that otherwise would have been wasted) and the seeds enjoy some water and sunlight. The seeds eat the compost and drink the water and use the sunlight as energy and develop into a plant. Maybe a tomato plant. The gardeners eventually harvest the tomatoes, which are the outputs created from all of those inputs via that process.

And of course you could zoom into that whole process and see smaller processes, for example, in each seed, as it develops into a plant. See germination process.

The tomato plant is grown on a farm. It is a community farm, which is organized as a Solawi. This particular Solawi is named Radiesli.

As the gardeners work, they are serenaded by a violinist and a pianist playing on on a stage carried by a forklift. 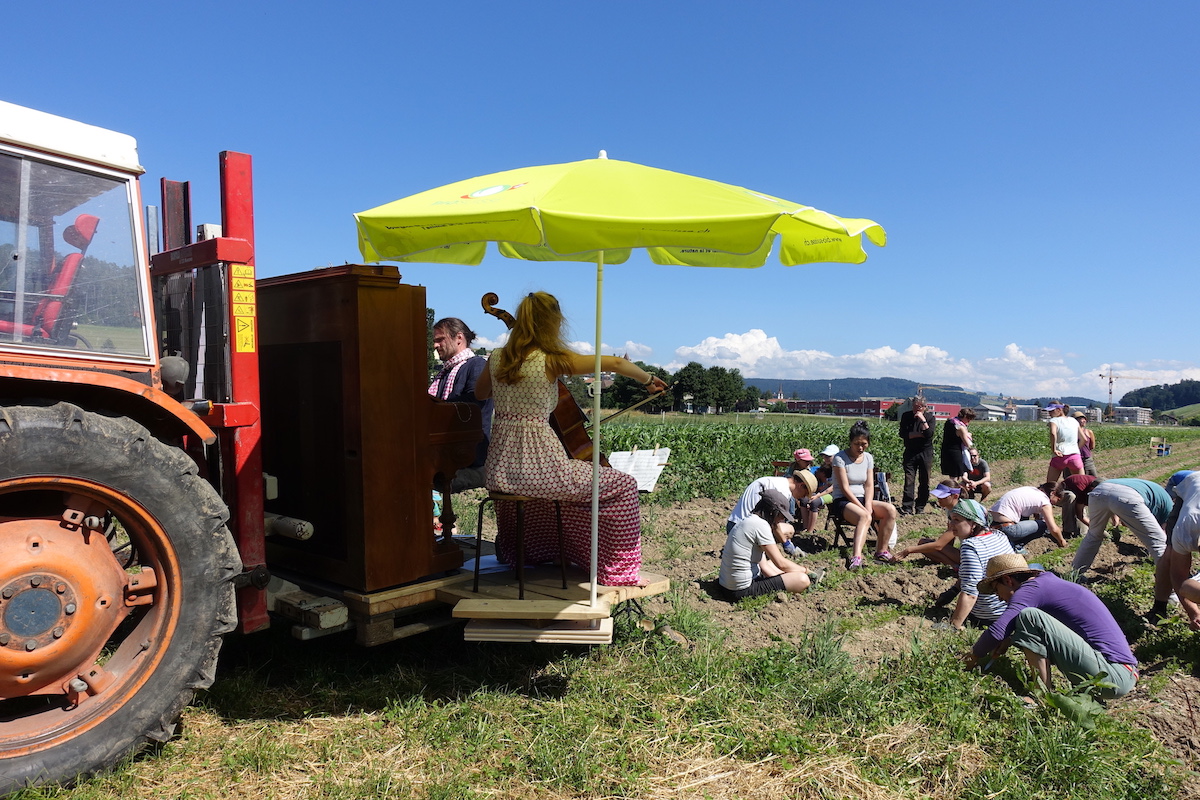 So the inputs to the whole process of planting include the work of the gardeners, the seeds, the soil, the compost, the sun and rain, and the musicians carried on the forklift.

The outputs include more than tomatoes, but some of the tomatoes become inputs to pizzas baked in the community pizzeria, which feed the hungry gardeners and musicians. And many more tomatoes and other Solawi outputs feed the surrounding community.

But at a larger scale, the whole Solawi requires inputs of money, because many of the other inputs need to be purchased from the surrounding capitalist economy. The Solawi is financed by its members, who participate in yearly budget negotiations between the farmers who figure out how much money will be needed and the community members who will provide the funds. Typically, it takes several rounds of negotiations before everybody agrees to the budget.

Johannes Winter describes the budget negotiation rounds and also some of the ways Solawis are expanding in this paper: https://cld.freedomhost.de/index.php/s/FJF4iLFWFYbXrCB

The way that Solawis work has become so successful that their practices are spreading out to cover more than food, to community-managed economies.

“Solawi...works according to the principle of sharing costs and harvest: A group of people forms a community and allocates the entire running costs of an agricultural operation to all members. This changes the relationship between consumers and producers – they share the risk and responsibility for the production of the food and the development of the organization. The products are no longer sold for a market price, but distributed to the members, because the running costs are already covered by the members' contributions.

“This principle can also be transferred to other areas – from a jointly funded health center to energy supply, crafts, gastronomy and creative services to providers of leisure activities.” 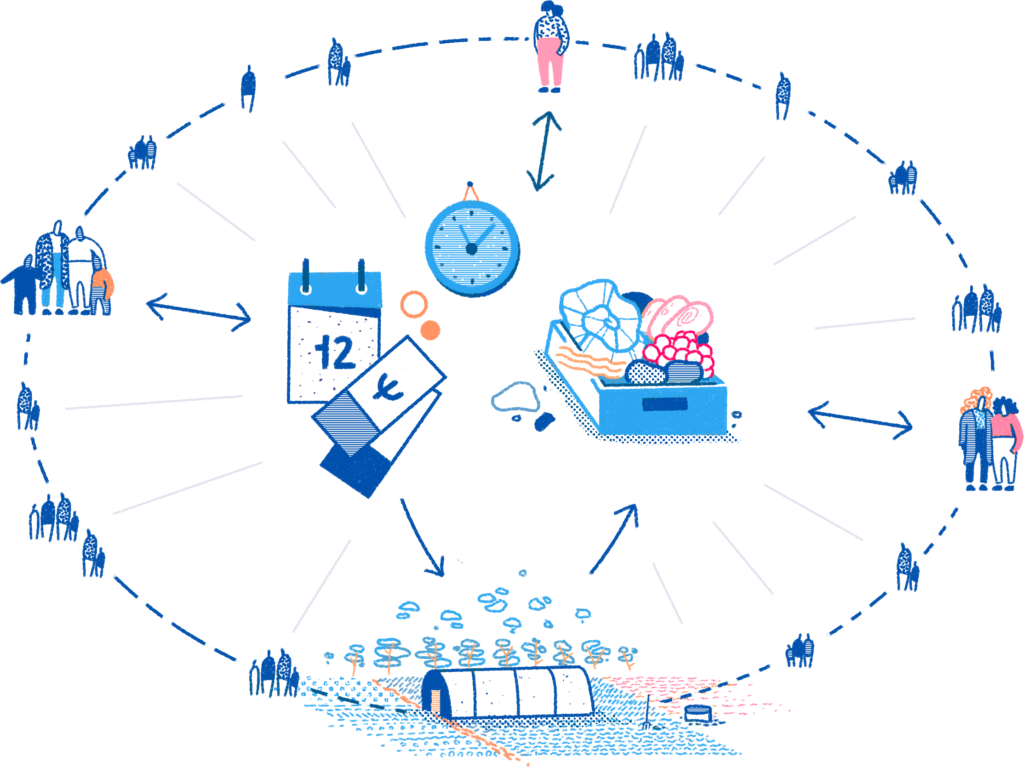 I think growing up and out from the roots would make the most sense. Like from food crops to food processing to cafeterias: maybe first the school cafeteria and later an open community cafeteria. From using farm equipment to repairing farm equipment and then producing farm equipment, maybe by mining junkyards for inputs. Start to use mutual credit and/or a community currency instead of the coin o' the realm. Maybe somewhere in that process the capitalist system becomes irrelevant.