This is the third in a series of posts about how to visualize economic networks. After this post, I'll write another comparing those three techniques.

The Social Economy Canvas was introduced to the Holo-REA project by Alessandro Rancati.

Alessandro helped to apply the canvas to a Holo-REA user network that was previously used as an example in the Resource Flow diagram blog post. At that time, the network was called Holo-Food, although I think they have renamed themselves to something like Holo-Agriculture.

So here's the Holo-Food canvas. 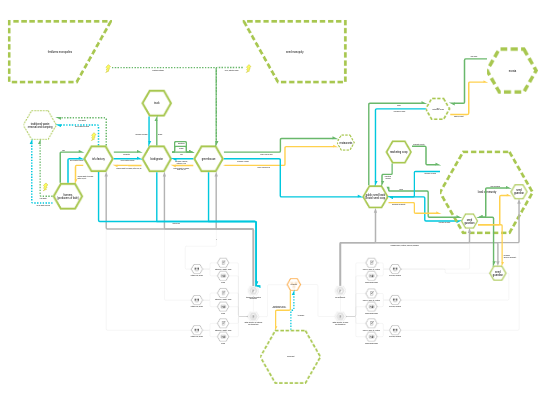 To explore the diagram, scroll down on that page (the hyperlink above the picture) until you see it, hover over the picture, and click the Full Screen button, and then Zoom In (it's huge).

The Social Economy Canvas is complex, and really needed Alessandro to guide the Holo-Food crew through the creation of that diagram. But they thought they learned a lot about their project through that exercise.

And the Canvas has some features not found in the previous visual languages in this series.

For example, notice the lightning bolt in this detail screenprint:

Note also the different colors. Each has a meaning. An orange arrow suggests unsustainable practices.

The canvas also gets into functional details, like this section about information for seed guardians: 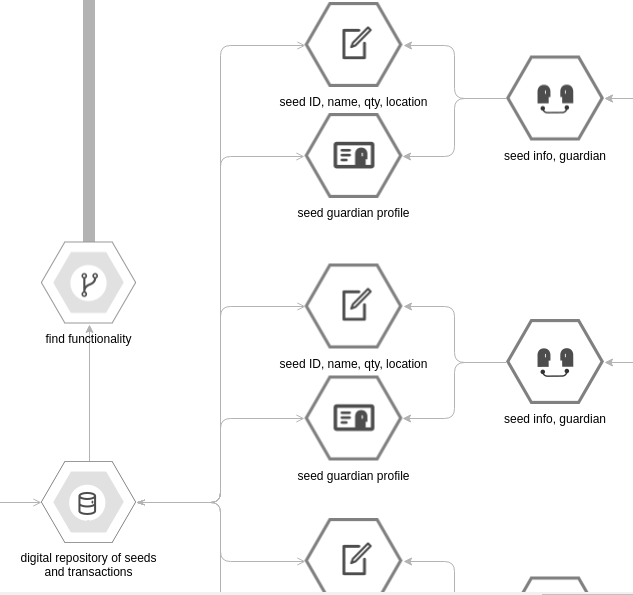 That's as much detail as I will get into in this blog post, but the Canvas website has a lot more: https://webgate.ec.europa.eu/fpfis/wikis/display/SEC/Tutorials

And here's a video showing the Holo-Food crew exploring their diagram: https://www.youtube.com/watch?v=r_A60NoH3jg