A Soundtrack from Home 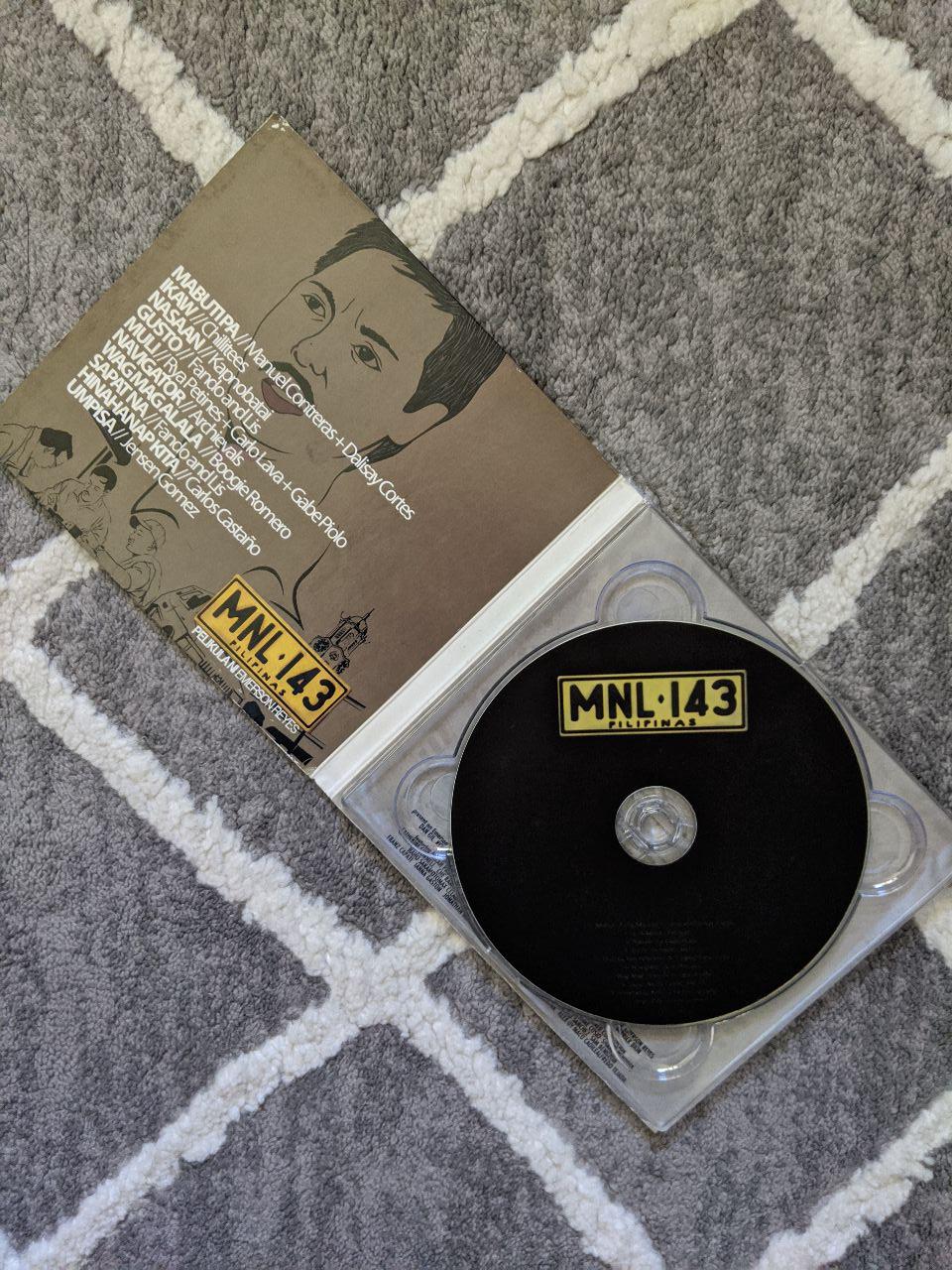 As far as I know, this is the only music CD in my immediate possession. Having shifted to Spotify, then just recently to YT Music for all my audio listening needs, I no longer own any physical copies of music, but this one's pretty special – aside from the fact that the album itself isn't on both services. I would never part with it for anything in the world! It's the official soundtrack for one of my favorite movies of all time – MNL 143.

Here's the trailer for the movie (with English subtitles!), but in a nutshell, MNL 143 follows Ramil, an FX/minivan driver, on his last drive around the city. The movie itself is made up of little tidbits of stories of the passengers who get on and off his vehicle, but overall it ties neatly into the theme of despair and hope in trying to find a lost love from years ago.

When the movie initially came out, it was through small private viewings across the city. I don't think they ever went big and showed it in cinemas as it was an indie film, so you can totally tell I was giddy with excitement when the film organization in my university held a screening – a limited seating one at that. I had heard of the movie months before but never had the opportunity to watch it live! They also invited the movie's director for a short Q&A after, so I shelled out all the money I had from that week's allowance to buy myself a ticket.

Now I'm no expert critic, but I fell in love with this movie from start to finish. The story was amazing, the small character stories well fleshed out even if they only lasted 5-10 minutes in the whole movie, and the music! A huge reason why, out of all the merchandise that they were selling after the show, I picked the CD was that I couldn't stop thinking about the songs – they had so much passion and emotion into it, they really carried the scene. Literally, they were stuck in my head for weeks.

I watched the movie again around two years back, when, for a brief time, the studio decided to put it up on Vimeo for paid viewing. Besides all the other reasons why I initially fell in love with it, looking at the locations was a wave of nostalgia. I had ridden through the same route, on a similar minivan. I had walked those streets and heard the same sounds. Maybe I was homesick, but at that point in time, I thought This really feels like a love letter.

I'm currently doing a challenge called “100 Days to Offload” – you can join in the fun too by visiting https://100daystooffload.com

If you'd like, drop me a message here – I would be absolutely thrilled to hear from you!