I had started to write an entry for today regarding how life was slowly going to change into the “new normal” for me and the family, but my head had blanked out. There really is some fatigue that's involved in attempting any challenge – and maybe I've never mentioned it but in the past, I have never really completed a 100, let alone a 30-day one before. The culprits used to be time and energy, but now that I have more than enough of those to spare, it seems as though creativity (and words) is slipping through my fingers! It's absolutely odd.

But I'll try to persist for a little while longer – like everyone who's started (and ended) this challenge, they've earned little nuggets of wisdom from it. I do see that there's value in trying to attempt to write consistently, I might just be trying a little too hard? That might be the case. But believe me, the habit is starting to stick – I was still slightly itching to write something, anything, last night even if I had already done so in the morning.

So, to experiment and to do things differently, this week I'll be attempting to pick seven random objects in my room and describe how they've come to my possession and why they're important to me. I know, very different.

So for today, here's a bottle of the perfume I use – Vince Camuto's Fiori 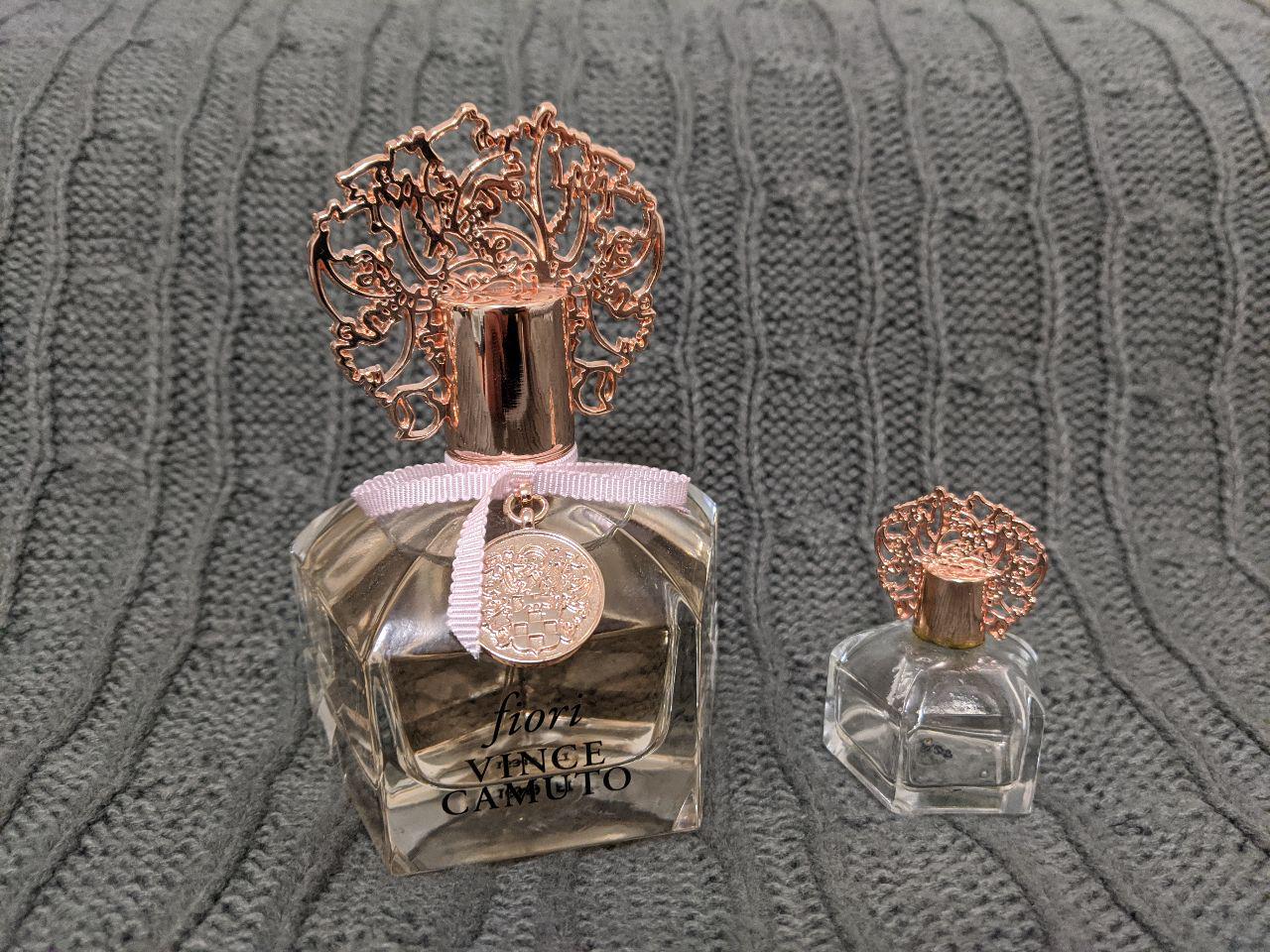 When I was younger, I was never the girl who was obsessed with how I smelled. Of course, I'd put on my deodorant before heading out the door, but besides that, I never really put any lotions, creams or perfumes on my person. It even came to the point where I would joke about how I wasn't female and human because I didn't smell like a flower garden, like everyone else who I passed by did. I was part envious, but I was so low maintenance, I couldn't exactly care while walking under what probably felt like 100F weather.

On the other hand, my first boyfriend was more high maintenance than I ever was. His family would frequently see the dermatologist and get facials and creams to help maintain even skin texture. If I didn't have the annoying habit of ruffling up his hair, he would've used hair gel on his head every single day. Now I'm not saying I was a total slob, but it took years for me to realize that besides basic hygiene, some effort was needed. And so, one day he gave me a small bottle of perfume (right) that he got as a free sample from a purchase of his own cologne.

I didn't really use it right away, nor did I really like the scent of it. The whole concept was so foreign to me, I only probably used it once or twice in the months after I received it. As a memento, I brought it with me when I moved countries, and somehow, the memory of it evolved to a scent of something familiar. Little by little, I started putting it on my wrists and on the sides of my neck (as is recommended). I put it on as a lucky charm on my first ever job interview. On days that I felt bad about life in general, I'd open the bottle a tiny bit to get a whiff, and sometimes, it worked to calm me down.

As a feminine take, I was also starting to become obsessed with the idea of having a signature scent. You know, the kind where you'll know it's your friend or your mom right away when they walk inside a room. Maybe it wasn't about smelling like a flower field, drenched with the same scent from head to toe, but I was gradually changing from basic to more-than basic, and that upgrade included finding my favorite pair of earrings (pearls) and one go-to wristwatch (a classic Rose Quartz Swatch). As a side note, did you know that if you take your watch to the Swatch shop for some yearly basic maintenance, they can take a look at it, tune, and polish it for free forever? I really dig that aspect of it.

The tiny bottle lasted for three years before I had to purchase the bigger bottle late last year. I've since moved on from the feelings of that relationship, now happy with someone new, but it's become such a huge part of who I am now that I don't think a morning's routine would be complete without dabbing a few spritzes on my wrist. Sometimes it's still a lucky charm, but more often than not, it's more of a reminder that I've changed, hopefully for the better.

I'm currently doing a challenge called “100 Days to Offload” – you can join in the fun too by visiting https://100daystooffload.com

If you'd like, drop me a message here – I would be absolutely thrilled to hear from you!