Getting an even Cooler Room

Our son loves his room; five years old, already likes to play in his room all by himself. A lot of Legos and other cool stuff. The walls though are still a little bit empty, so we had to do something about it ! ! !

We have thought about beamers and Pokemon drawings but have not been so lucky yet. Well, we have not been so dedicated to it, so this has been the wall for the longest time (good couple months): 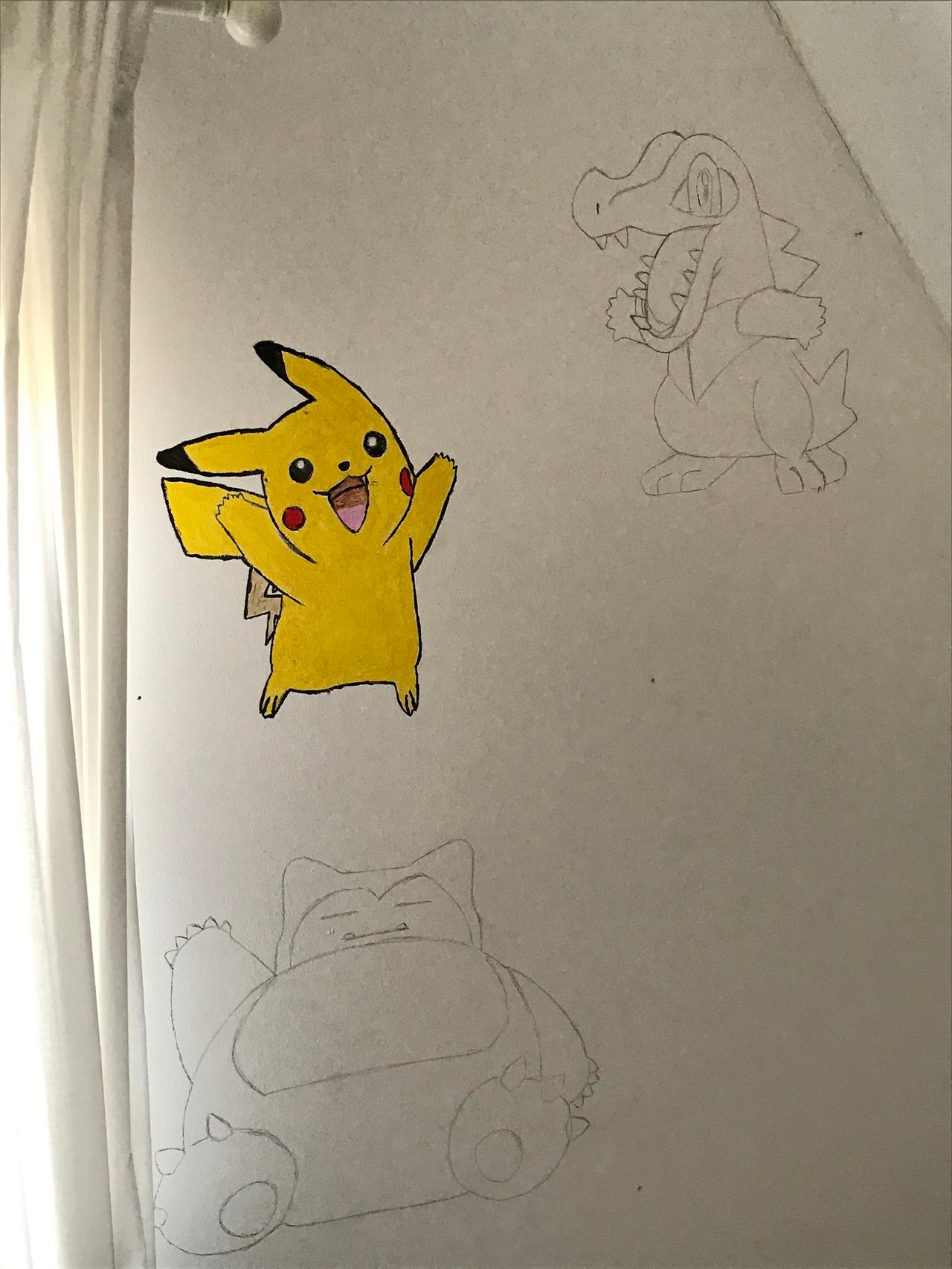 So, we actually ordered some stickers, yes stickers, specifically to put on walls. We had a pick of dinosaur pictures, Mario and a lot of animals. A big stag of pictures and we were planning to use all of them. Starting with the monkeys: 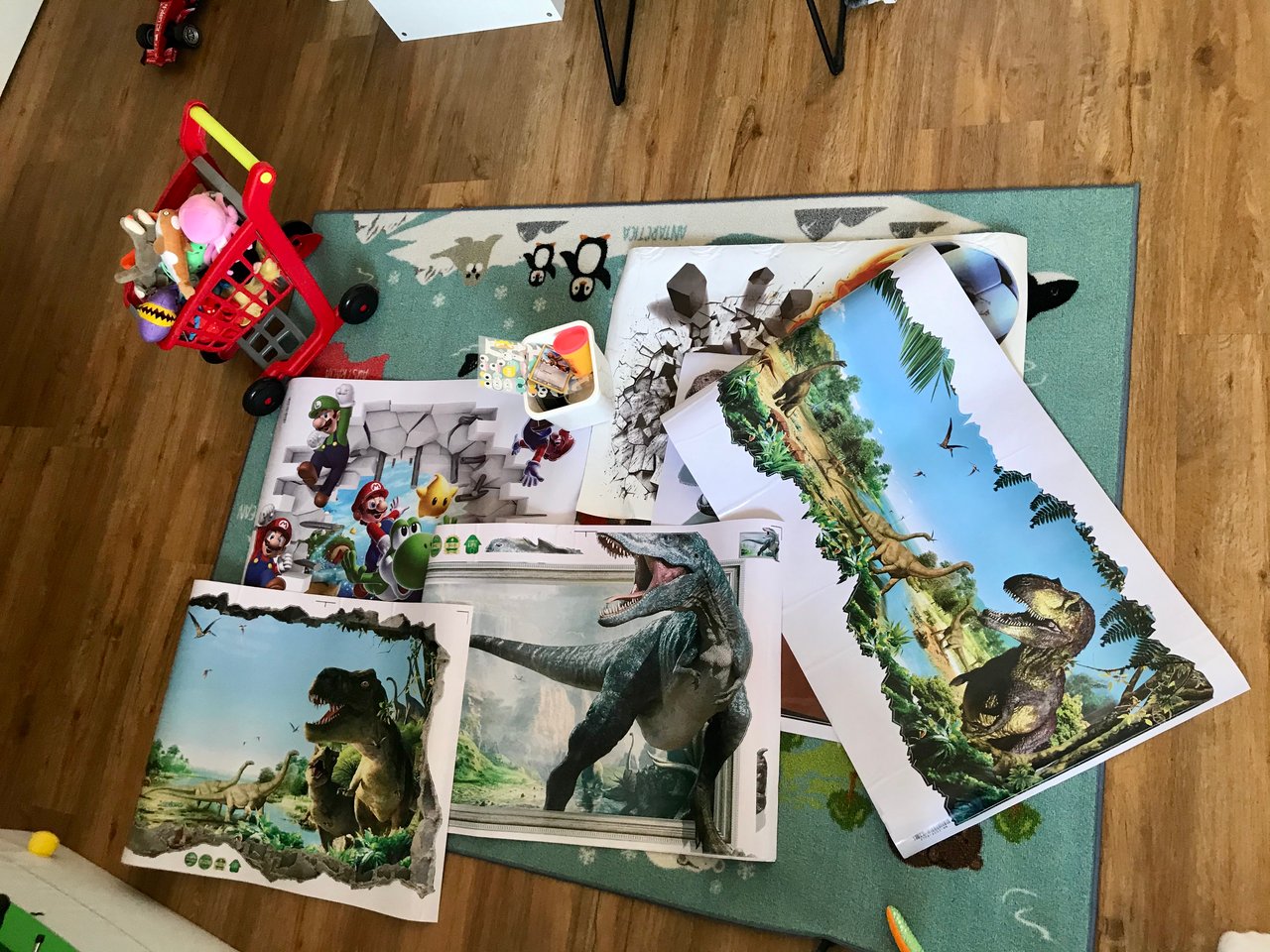 The monkeys were sitting and all around some trees. A lot of stickers we had to put on the wall our selfs. We started with two of them and found out it was pretty easy to do. Look at the first part of it: 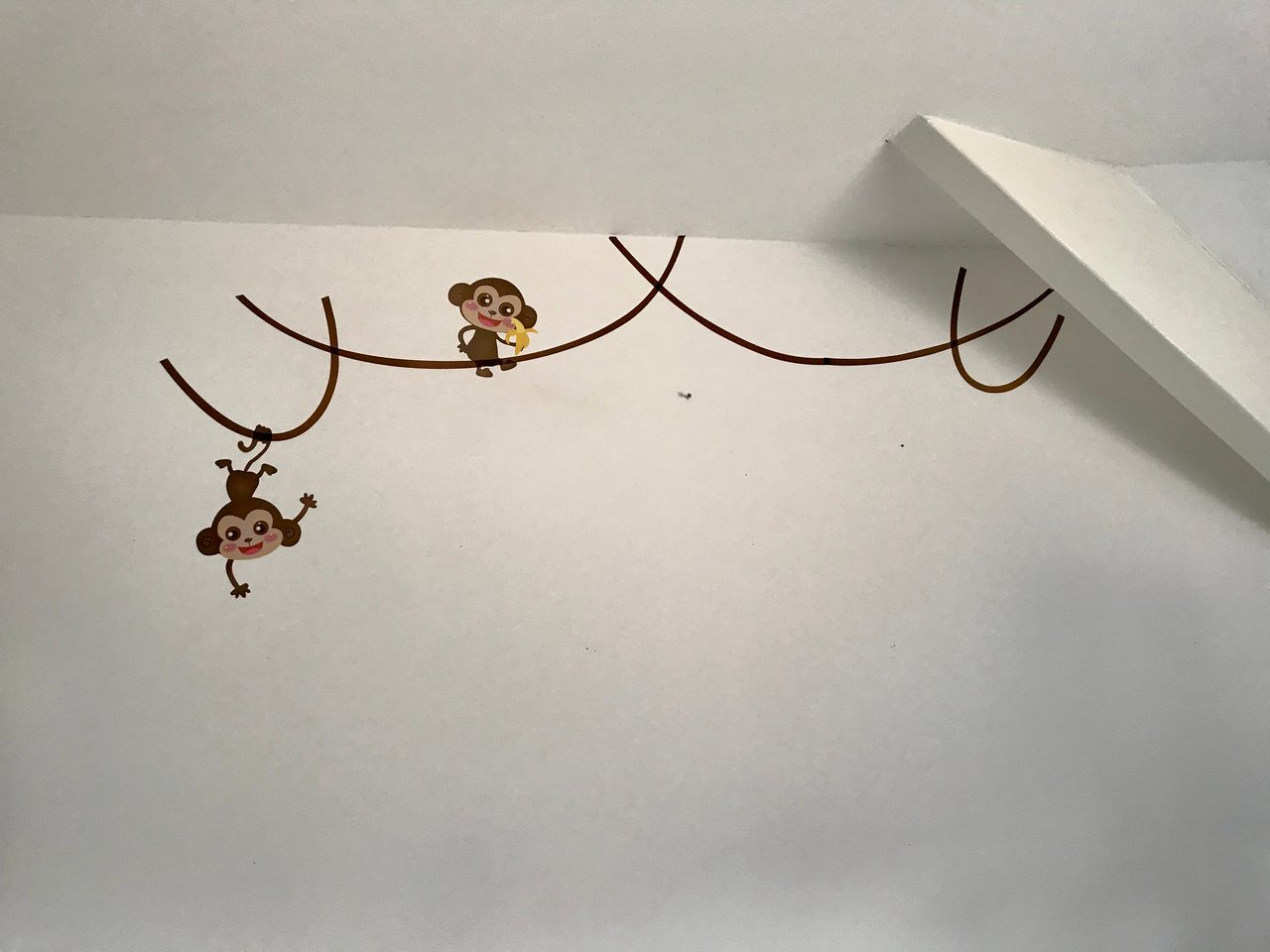 Well a little more green and well what about the world map with the animals that live in the different countries: 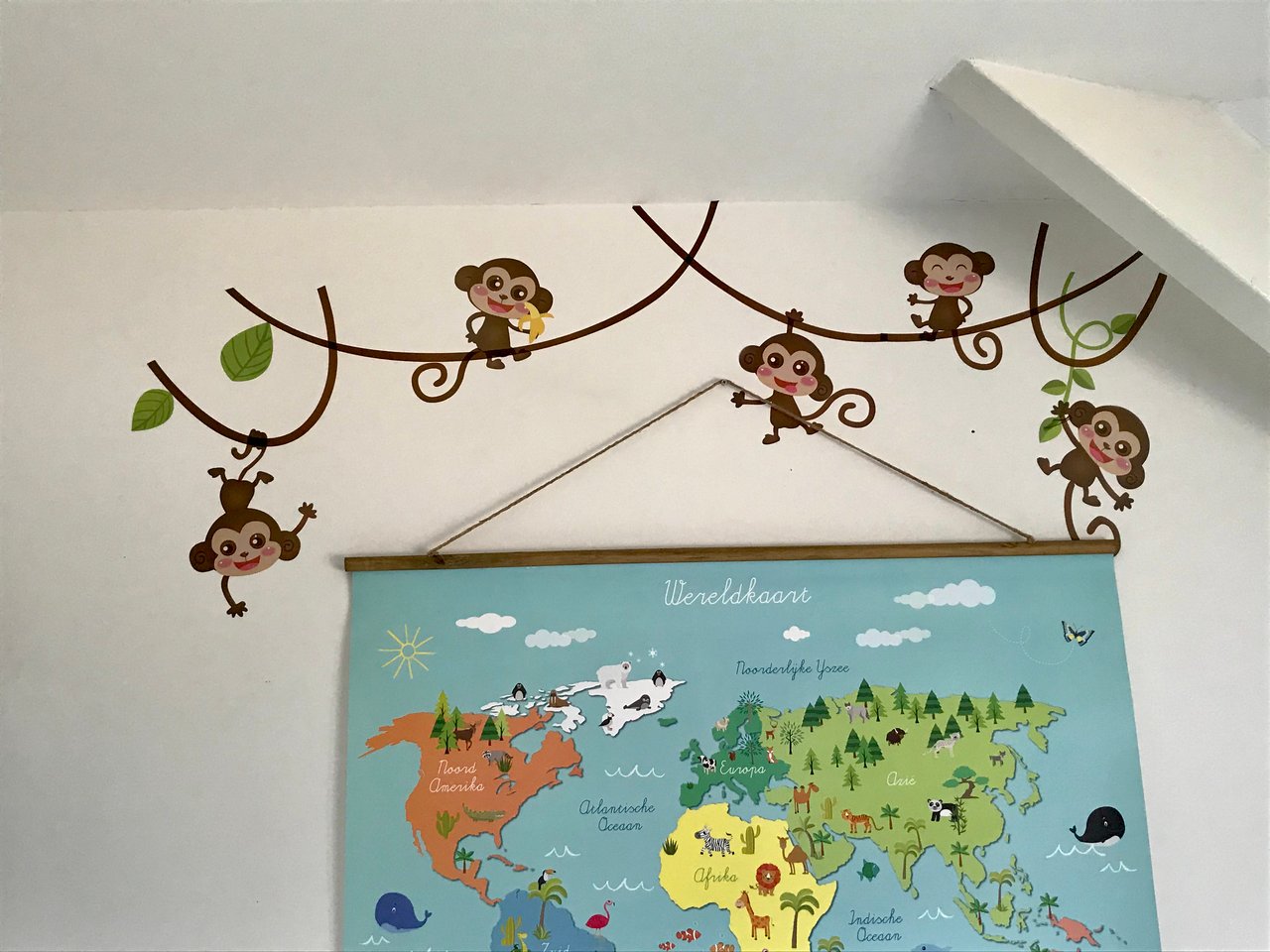 That side of the room looked very nice, no, we were not ready yet, but it started to get a little bit more exciting.

Now it was time for some more boy things, getting scary stuff, dinosaurs: 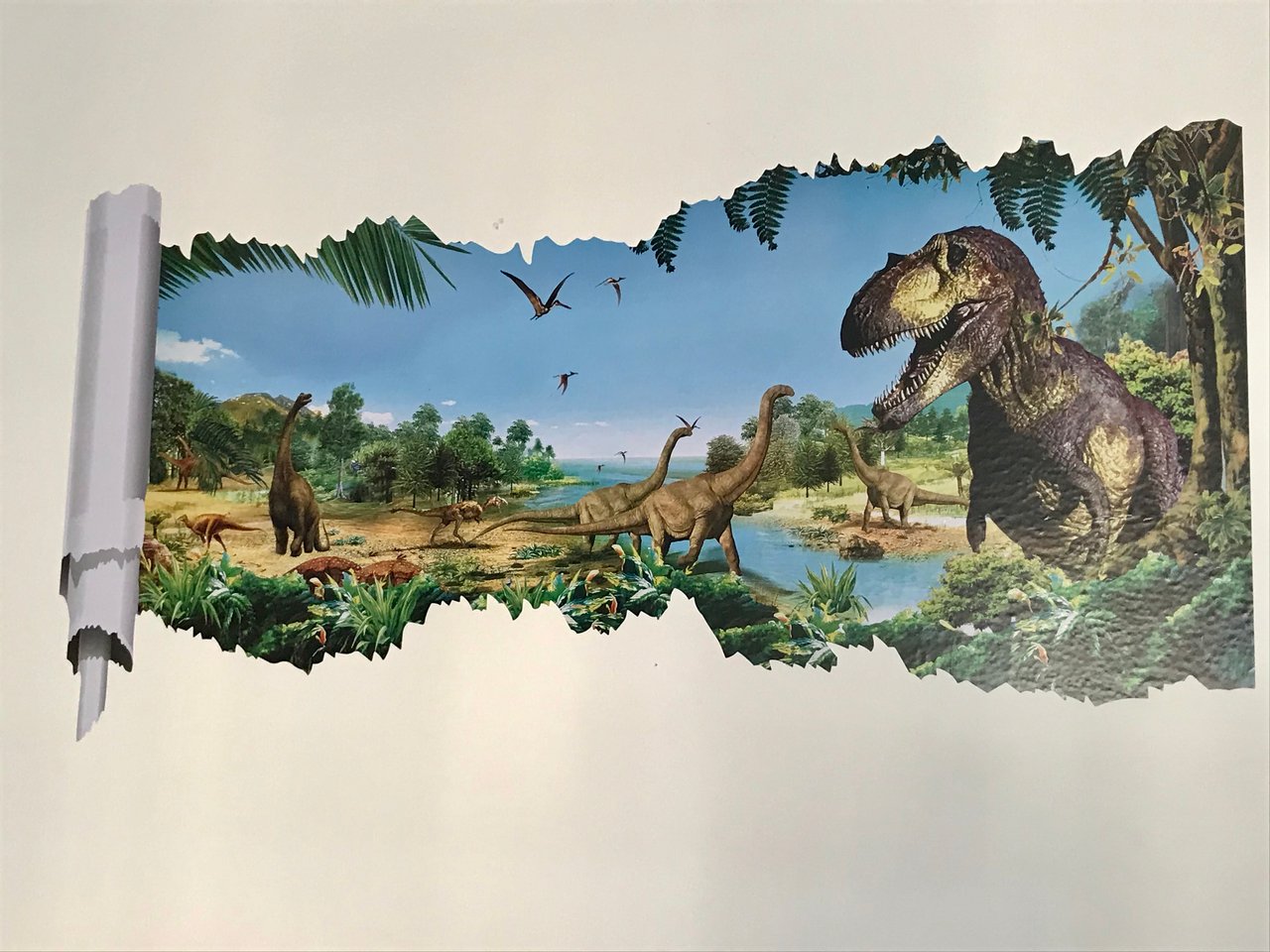 The big one looks so real, torn from Jurassic Park, Noah LOVES Dinos ! ! !

And Mario, so Bowser, Luigi, Princess Peach had to join the ferocious killers: 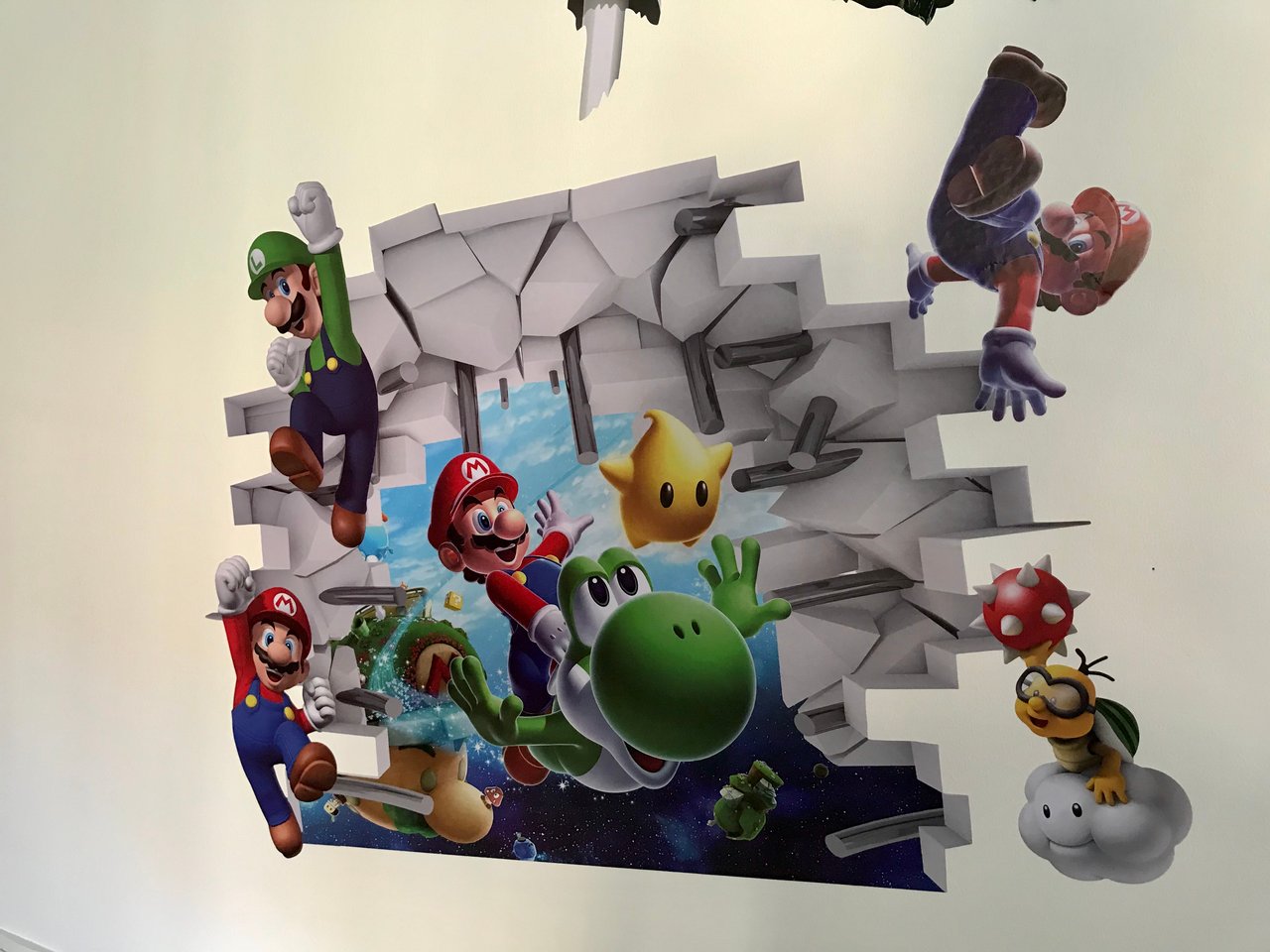 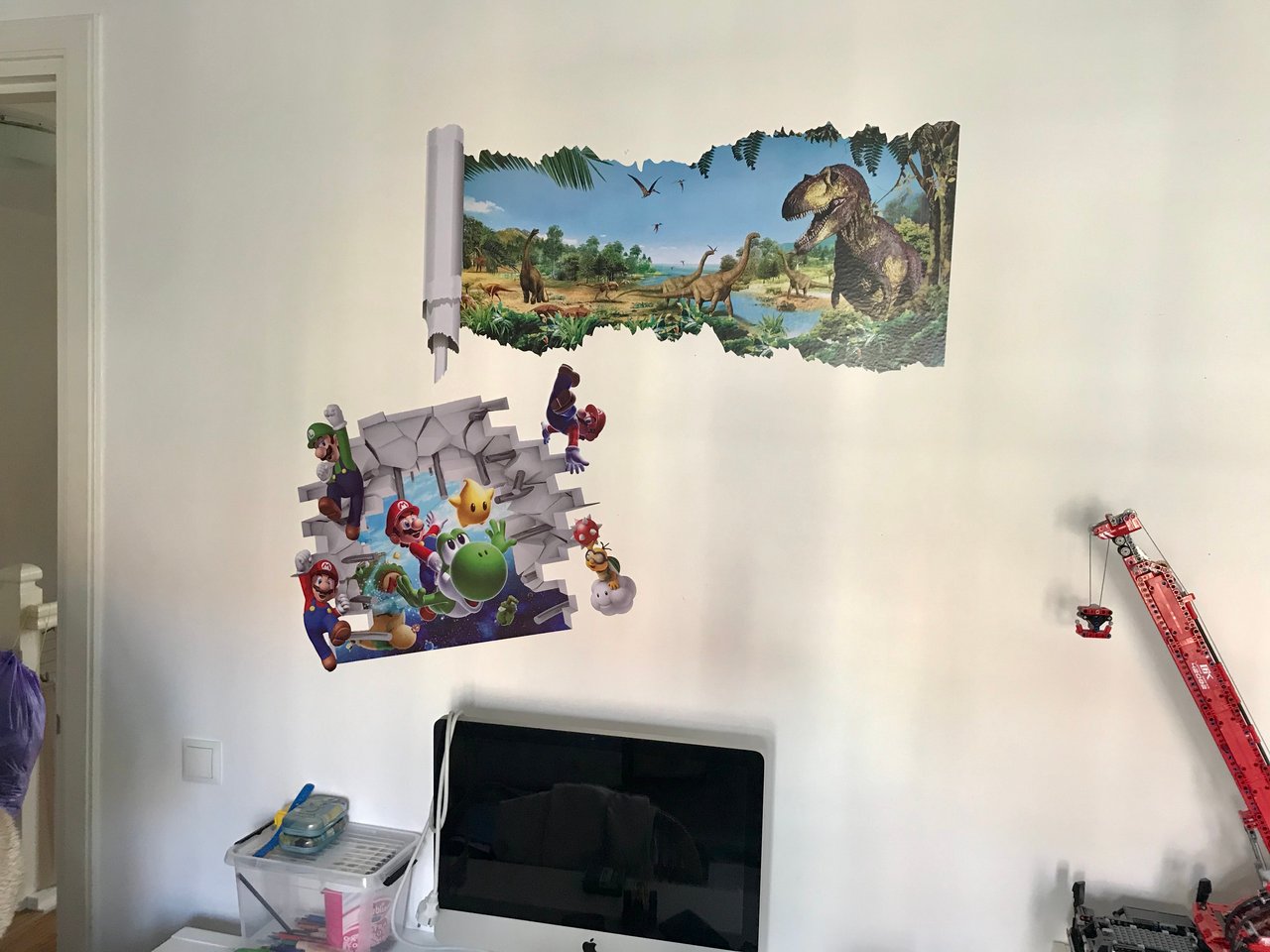 Part 1 has been completed, we will get more and more stickers on the walls, so be patient, part 2 will come sooner or later