Looping twine around trunks. Marking the spruce to be felled before Spring. A pair of nuthatches dart along an old orchard apple, hiding seeds inside its crooked bark. I hear the heavily spaced wing flaps of a woodpecker as it glides above. I look up past the half-dead fruit tree into the evergreen canopy, gauging which trees I feel comfortable taking and which have already grown too large.

Forestry with axe and saw is a dangerous business.

Over time we plan to remove about 70% of the spruce from our corner of the forest. This is an important step in re-establishing the mixed woodland that once characterised this region. A balance of deciduous and broad-leaved species erased by the forestry industry, which over the last Century has transformed the landscape into a predominantly spruce based monoculture. Although a native species and a typical Northern European sight, the coast-to-coast spruce forest is a recent arrival, replacing diverse habitats with a dense sprawl of logging plantation.

As I've mentioned in previous posts, the spruce forest retains traces of the past. The understory remains seeded with an abundance of struggling saplings, persevering despite the devastating changes wrought around them. The forest continues to support a range of animal, insect and plant-life, with visible evidence of surviving underground systems of fungi and roots. Sadly, each round of logging and replanting further depletes this threatened ecosystem, making potential restoration an increasingly difficult proposition.

Our efforts can have little to no impact on the crises facing the Swedish — and wider European — landscape, but perhaps we can demonstrate the fleeting potential of small-scale works. Helping in some way to support the local habitat as it is pushed ever closer to the limits of its tolerance. Resisting, in an intimate, personal way, the short-sighted expansion of agro industry. 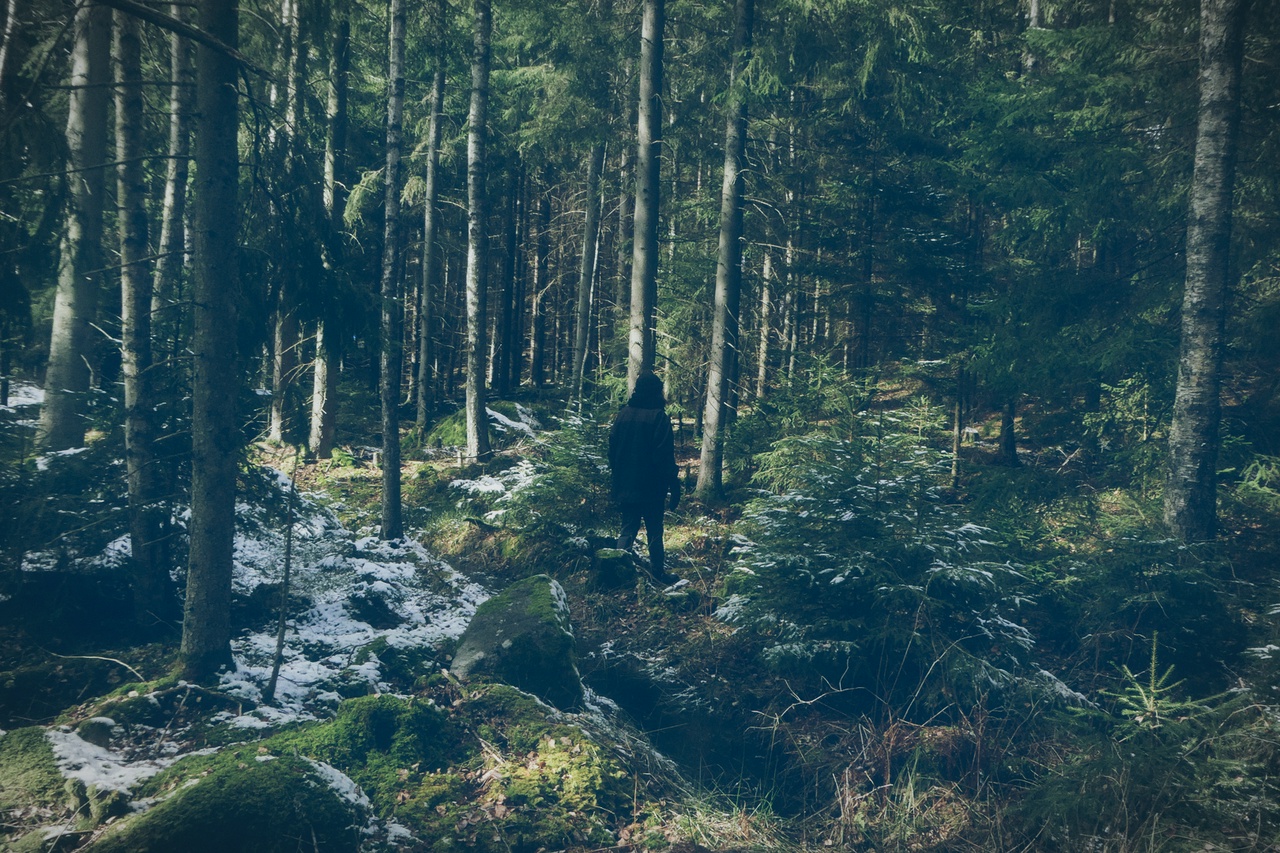 Gathered more Winter carrots, parsnip and leek. Whenever I think we're exhausted I discover the Earth has more to give.

Collected root celeriac, harvested last year and stored underground in a stuka. A stuka is a subterranean space used to preserve crops, in which the cool conditions keep the vegetables from growing further.

This method of storage provides better protection from frost and temperature fluctuations than leaving the crops planted in the ground, where they sit closer to the surface of the soil. It also leaves beds free to be prepared for the next season, or to be used for an early lot of Winter sowings.

The creation of a stuka is simple, involving only the digging of a hole large enough to accommodate your produce. Into this hole we place an old pot containing the vegetables, along with an insulating layer of soil, before the ground is covered with leaves and straw.

Even in the depths of Winter the Earth retains a temperature of around 4℃. Perfect for off-grid, low-tech refrigeration. 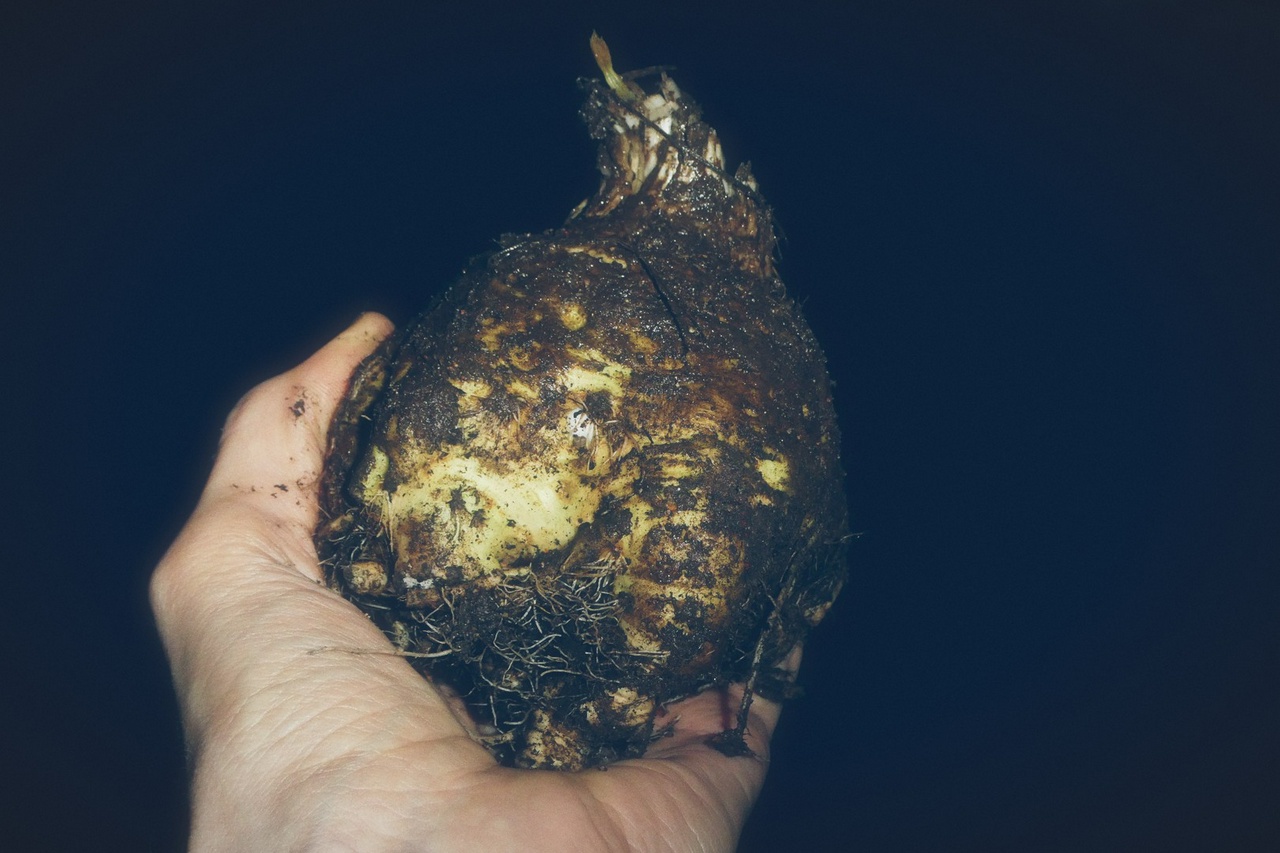 Blackbirds and an assortment of tits peck at the wrinkled skins and dark brown cores of rotten apples, hanging still from bare trees.

I sit by the open kakelugn. Morning coffee poured into heavy Höganäs stoneware. Browsing a copy of The Witching Other, its dense paragraphs liberally underlined.

Firelight throws storybook shadows about the unfinished room. Cast dark in the morning. Shade in the afternoon. Dark again by early evening. Even on the bright side of the Solstice we fold into the mountain's mirk. The Winter barely begun. 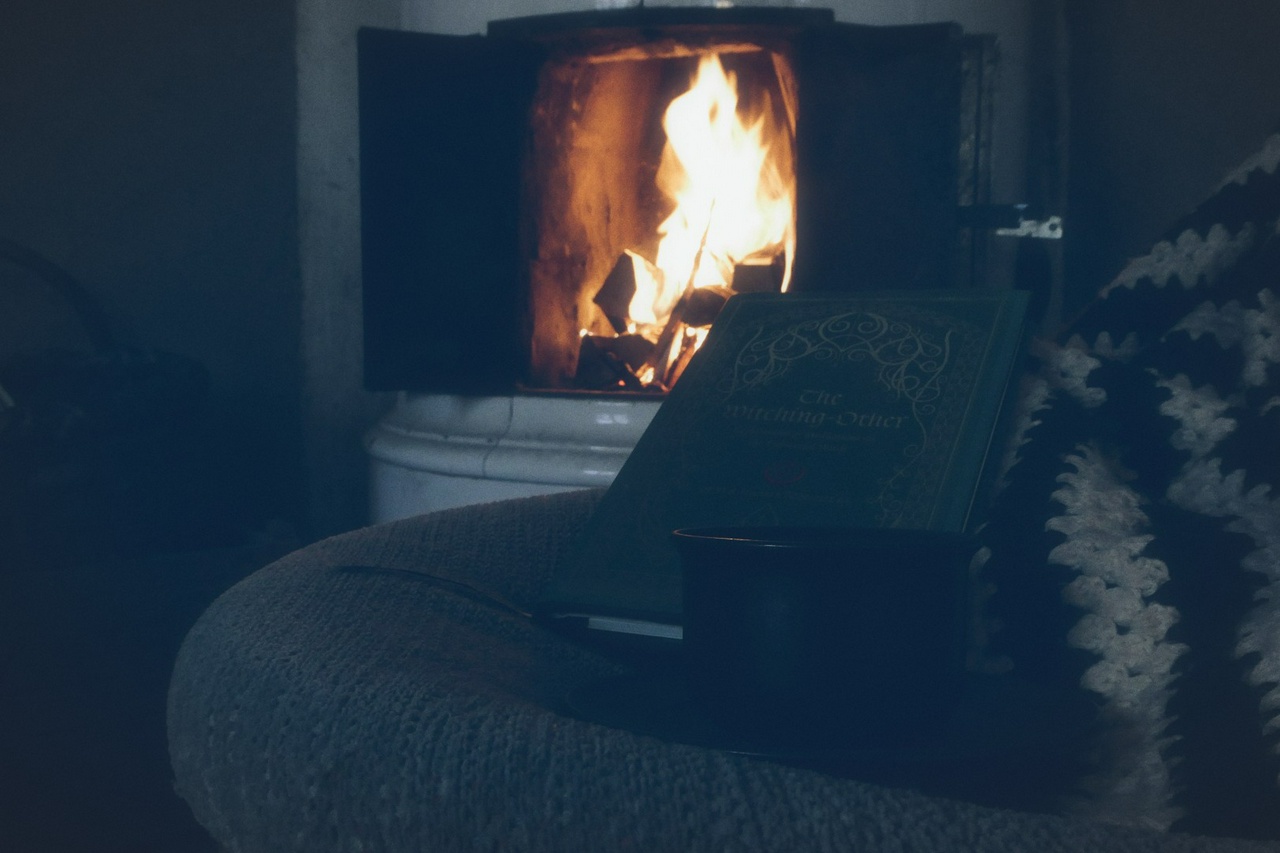 I pull a chair up to the creaking dining room table, rescued from the most thickly cobwebbed corner of the barn. I look out into the garden, watching the roe deer who've become frequent daily visitors. As the snow thaws they forage under the one apple tree that clings to its rotting fruit. The laden branches above popular with hungry blackbirds and jays. 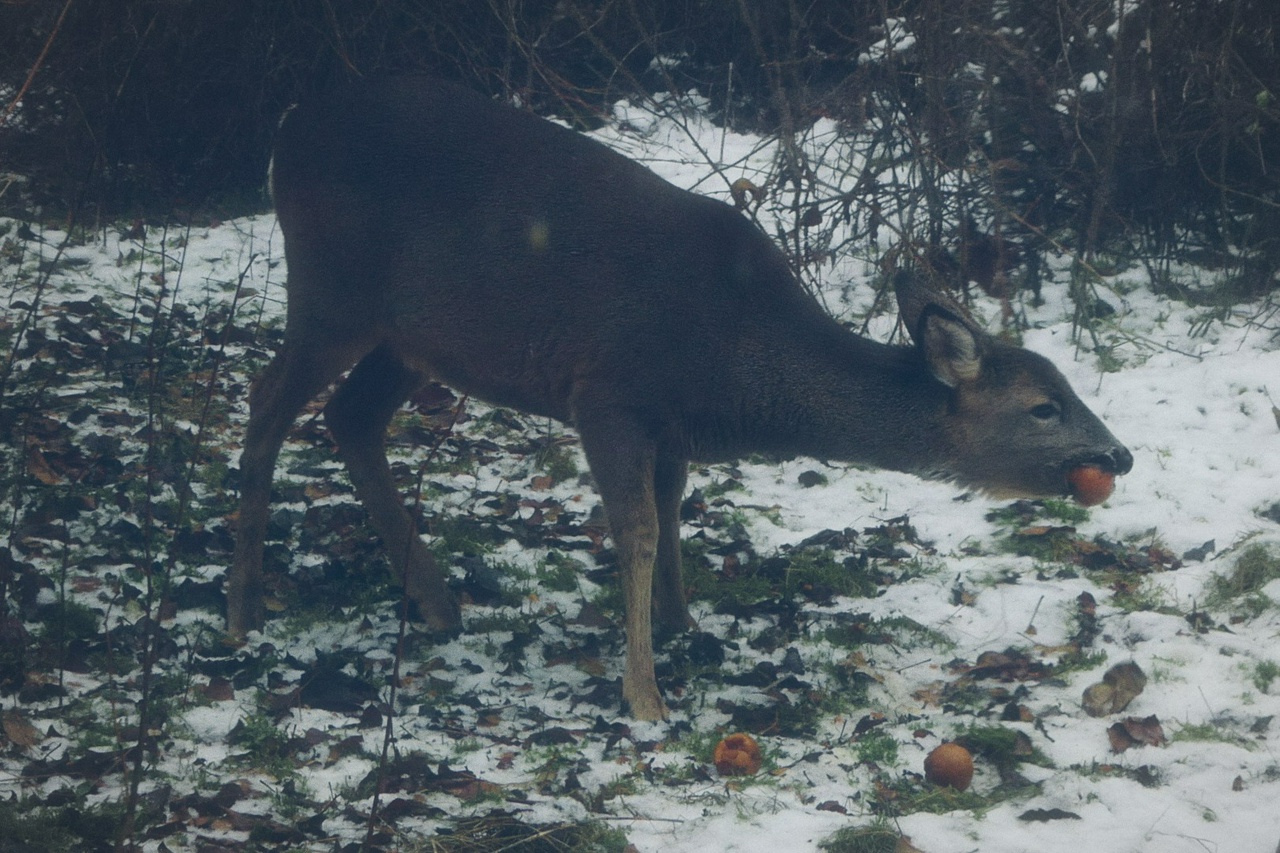 Temperatures rose to +3℃, defrosting the garden. Melt water pooling sludgy on the surface, the topsoil frozen beneath.

We took the opportunity to harvest from our late season carrots, parsnips and leeks, before the snows eventual return. These Winter hardy varieties grow slowly, store well and survive outdoors in our recent -20℃ climate.

With careful planting — alternating between Summer and Winter crop varieties — and varied methods of storage, it should be possible to have access to fresh vegetables year round. 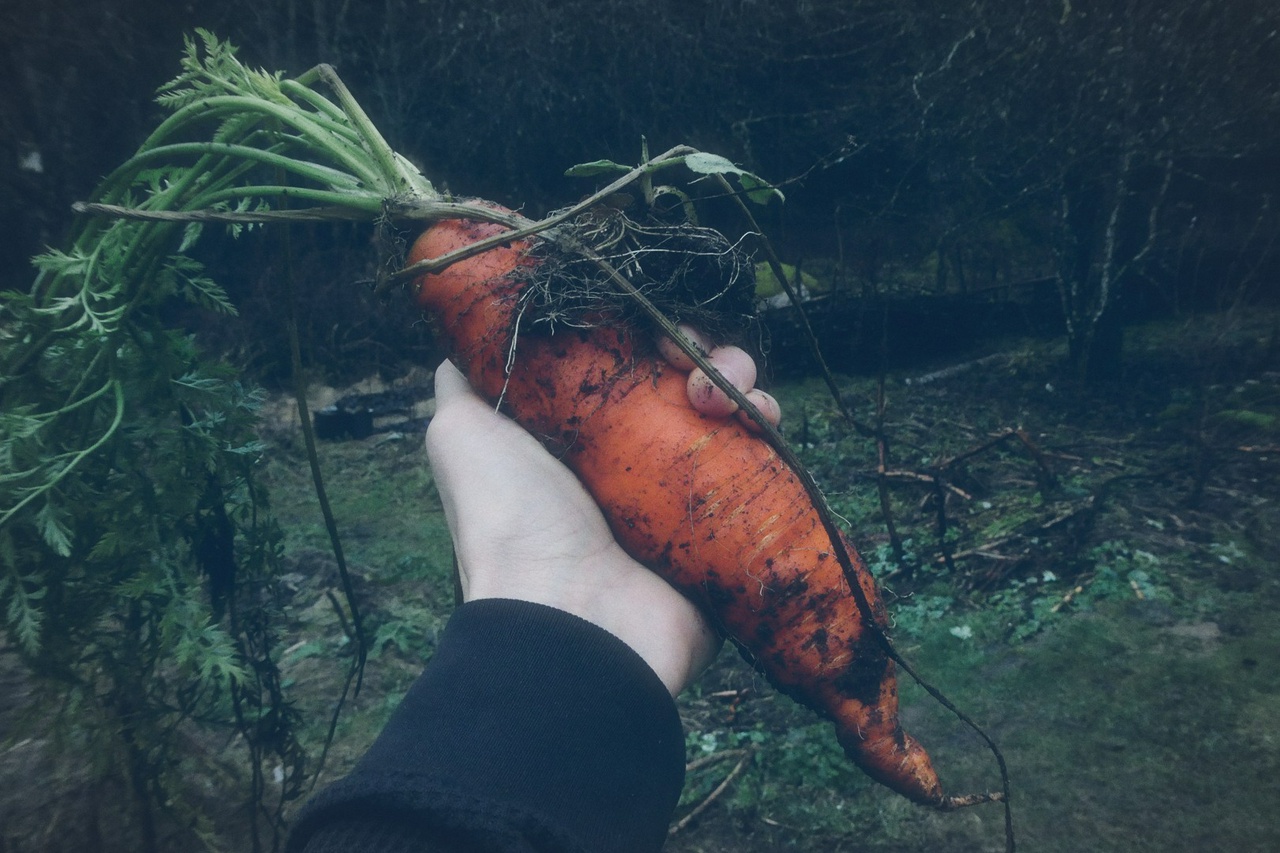 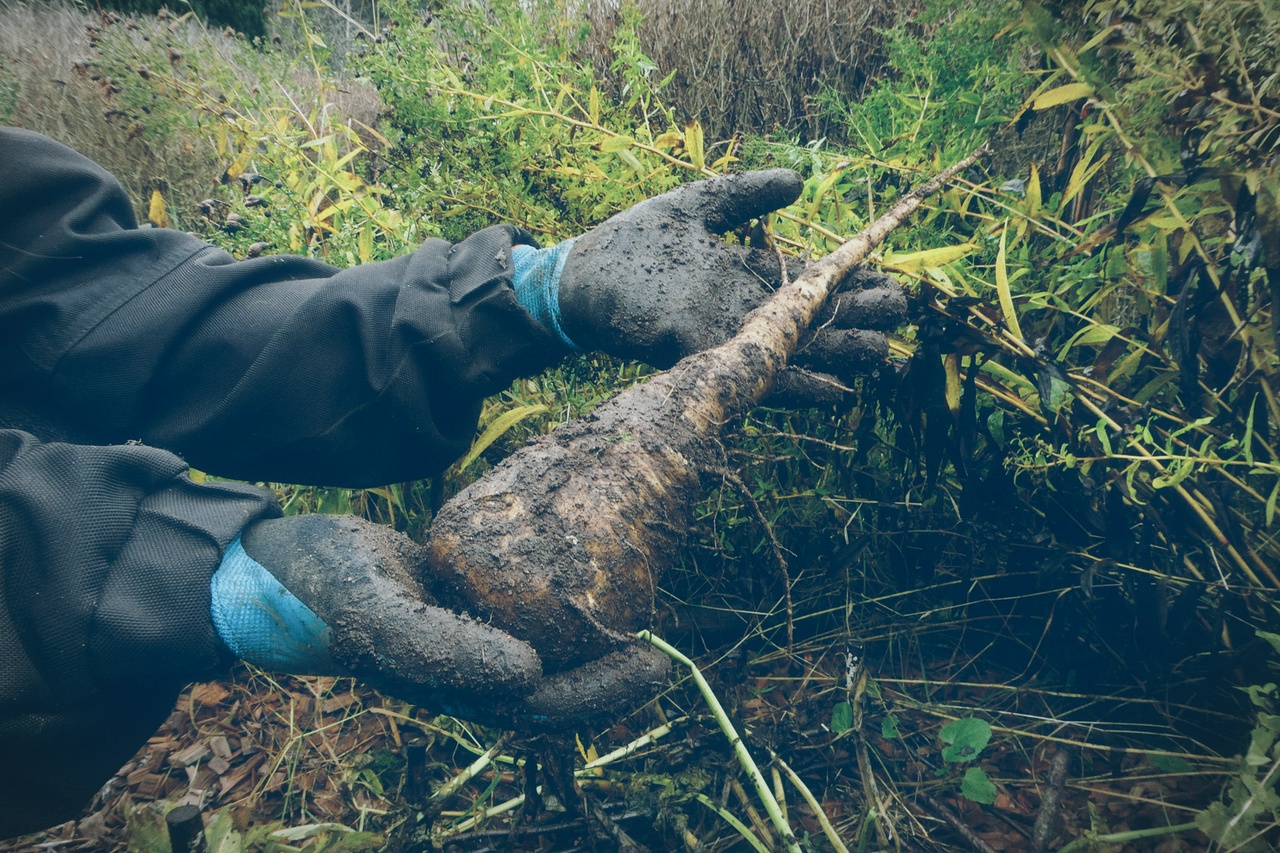 Gathered a small spruce from the forest. Now accented with stars of golden meadow straw, bound with red thread. These are accompanied by a tiny but traditional Julbock (Yule Goat), similarly crafted.

I usually avoid Christmas decorating. I notice how different the experience feels this year. The celebration more clearly aligned with a seasonal shift. Hibernation. Migration. The slowing down of the land.

The darkness alone motivates us to bring the evergreens inside, to decorate the house with flowers and wreaths and candles. To lighten the dim mood. To note the passing of the Solstice and the ever so gradual lengthening of the days.

Moving here, working in and living alongside the land, the forest, the meadow, has brought with it a rediscovery of the importance of seasonal observances. The ritualised marking of time and cycles falling naturally into place. 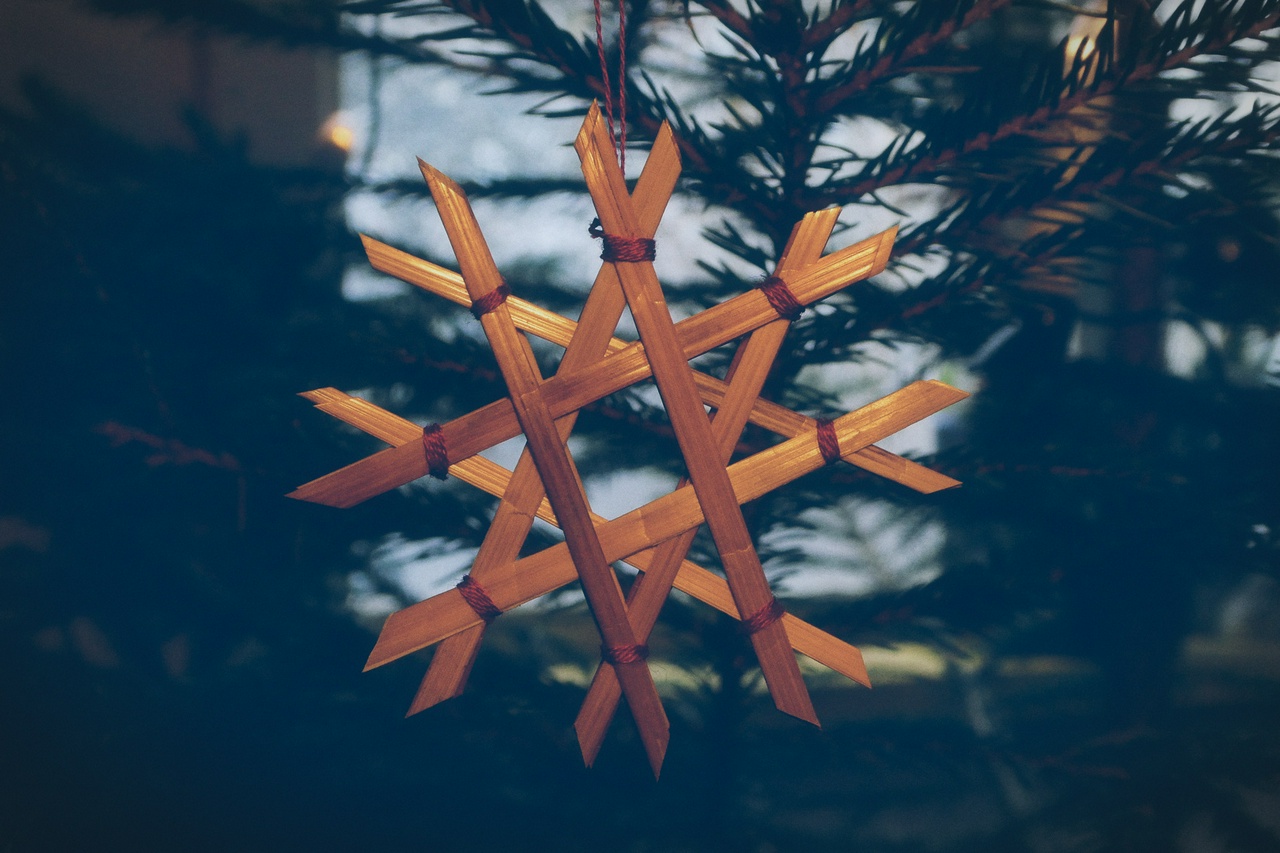 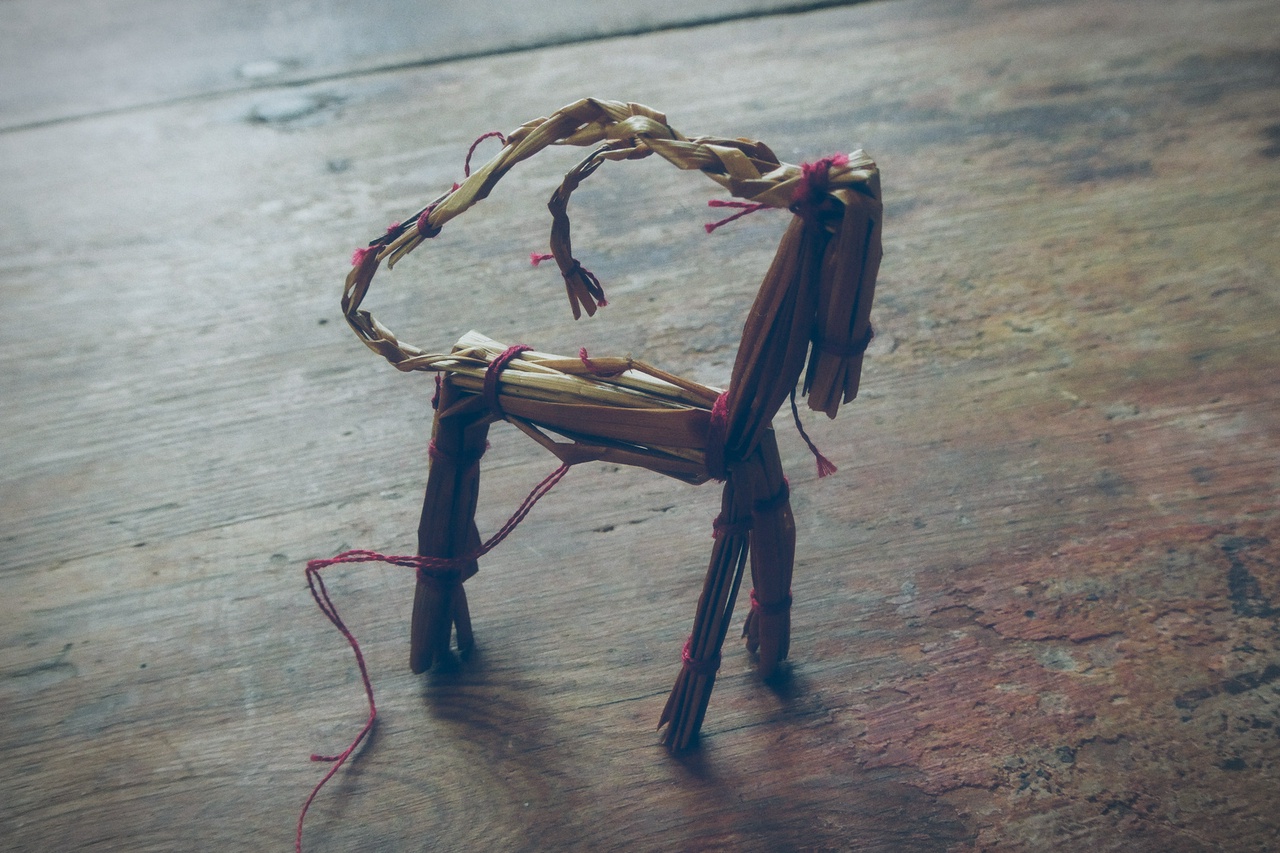 Wreath made from evergreens hanging on the porch. First Advent candle lit. Flickering in a red wooden holder with four unburned neighbours.

Walking out to the woodshed to chop kindling. Into dry freeze air and the kind of silence that accompanies 30cm of snow. 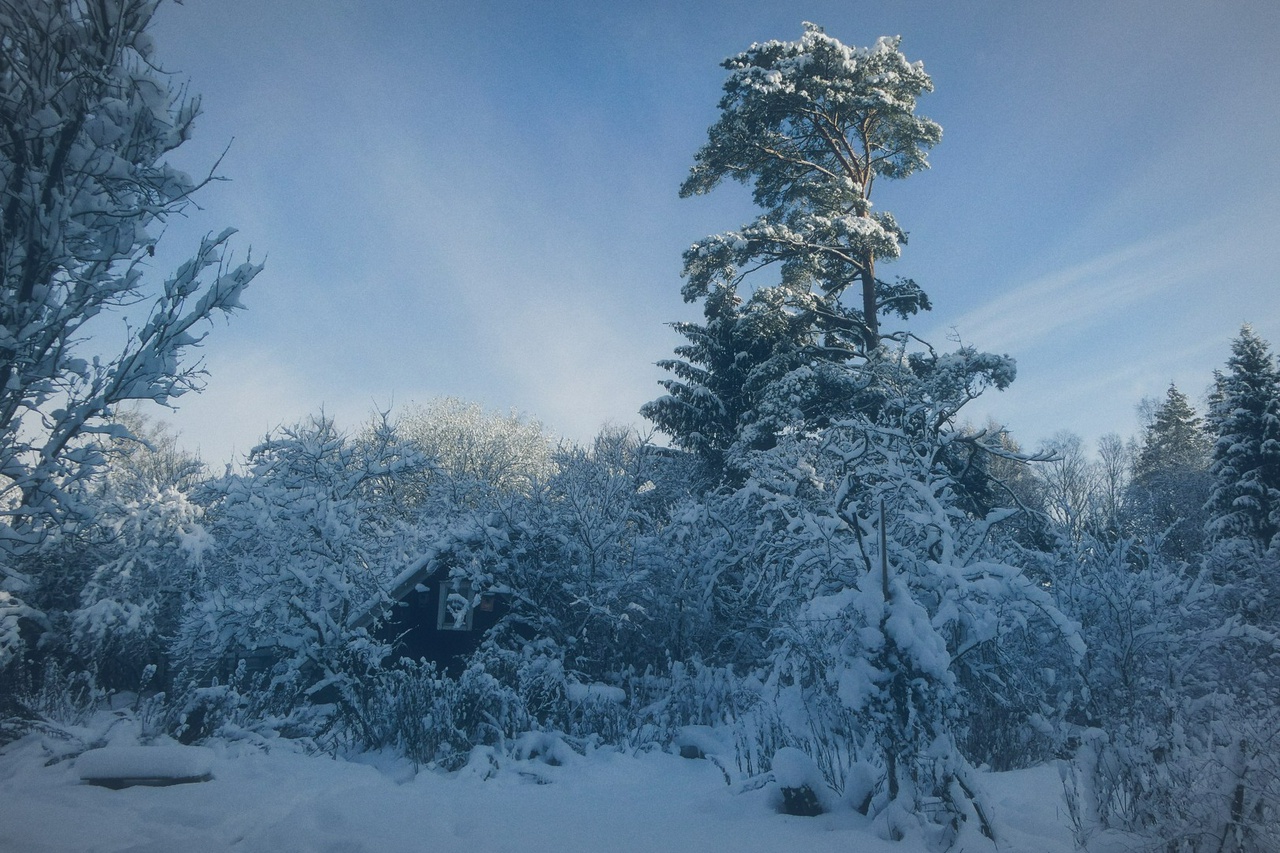 What light remains stretched thin. Illusion reflected off snow. More the memory of daylight than the thing itself.

Mists through meadow trailing wetness that spans cobwebs, bare woody branches. Clinging to what patches of grass and green remain.

Sense of shifting. Drifting. Uncertain futures a few frames out-of-sync and burned-in at the edges.