How I got here: Sarah Weeks, apprentice software engineer

I joined Footasylum Tech in July 2019 as a talent acquisition specialist. Now I’m an apprentice software engineer. This post is about how and why I made the move, and what it was like starting in a new industry during lockdown.

I’m not sure how long I’ve had an interest in tech but thinking back to university, the unit that has really stuck in my mind is one on forensic computing. It was about security, hacking and cyber crimes and how specialist investigators can use a laptop to help solve crime.

Although that sort of stuff was fascinating to me, I didn’t consider a career in tech. In fact, my first job after university was a cabin crew role with British Airways.

After that, I worked in a tech recruitment agency for 18 months. Work days were different. Long hours. Alright pay. Room to progress. And there was something less fleeting about the relationships I built with my colleagues too – I liked knowing I’d be in the office working roughly the same hours as them.

That role was a brilliant way to learn about the tech industry. I began to understand the disciplines as well as the intricacies of the skills needed for each specialism. It also helped me get a handle on the businesses, organisations and agencies I was placing people in and the skills they look for as they grow and develop.

By June 2019 I was ready for a new challenge. I joined the Footasylum IT recruitment team in July 2019 at a point when big changes were happening. At the beginning of the year, Footasylum had appointed a new IT Director and there was real momentum to get good people in to help transform the business and make it more efficient and fit for the modern internet era.

The day-to-day work was good but the social side of work was strong too. The HR and recruitment team, and the IT team were working closely and all pulling in the same direction.

At the end of 2019 I was accepted onto a coding course in Manchester. All those months of placing people in teams caught up with me – I wanted to be part of a team that builds digital products and services.

As I told people my plans, an excellent and unexpected thing happened: Footasylum said they’d invest in me to train and then the IT team would support my development once I had coding basics under my belt.

It made perfect sense for me and for Footasylum. I loved the culture. They already knew me.

Code Nation’s 3-month bootcamp was intense. It covered basic coding including multiple tech stacks such as JavaScript, Node and React. The course has connections with businesses based in the north-west too and sensibly, the skills taught on the course are a reflection of the skills those local businesses are looking for. So for example, Footasylum Tech uses .Net so the course is tailored to include an introduction to this technology.

The course was intense but the quality of the teaching was brilliant. Somehow the ‘basic intros’ to various technologies were crammed full of info and ended up feeling quite in-depth. I enjoyed it as it was such a challenge. The tutors struck the right balance of being super knowledgeable and supportive but encouraging us to be as independent as possible to prepare us for life working within a business.

Business practices – like ways of working – are also incorporated into the course. Each week, a guest speaker from a local business came to present and through those sessions I learnt much more about agile methodologies, mob programming and other digital disciplines like research and content design.

My first day in my new role as software engineer was 7 days into lockdown. It was hard work because I’m new to the industry but thankfully I already knew my team. In fact, I’d placed some of them in their roles when I was recruiting. Having pre-existing relationships has taken the worry away from that aspect of a new role and we’ve been in constant contact throughout lockdown.

I’m on the Platform team and our role is to provide services for different teams. Our role is to create the services which handle the data as it is passed between teams, for example, from the EComm team to the NAV team. We primarily work on API services, and we create the functions which manipulate data so it is handled correctly and then stored securely.

My first few weeks have been varied. In some instances I feel like I’ve been thrown in at the deep end – like my teammates aren’t making any exception for me because I’m junior. They believe in me and see no reason why I wouldn’t pick things up and learn as we go. At other times we’ve gone right back to basics which has also been good – cementing what I learnt on the coding course in a real job situation has also been very useful. The team has been very supportive – they’ve helped me when I’ve asked but most of the time I don’t even have to ask because people go out of their way to explain things and help me with my learning. 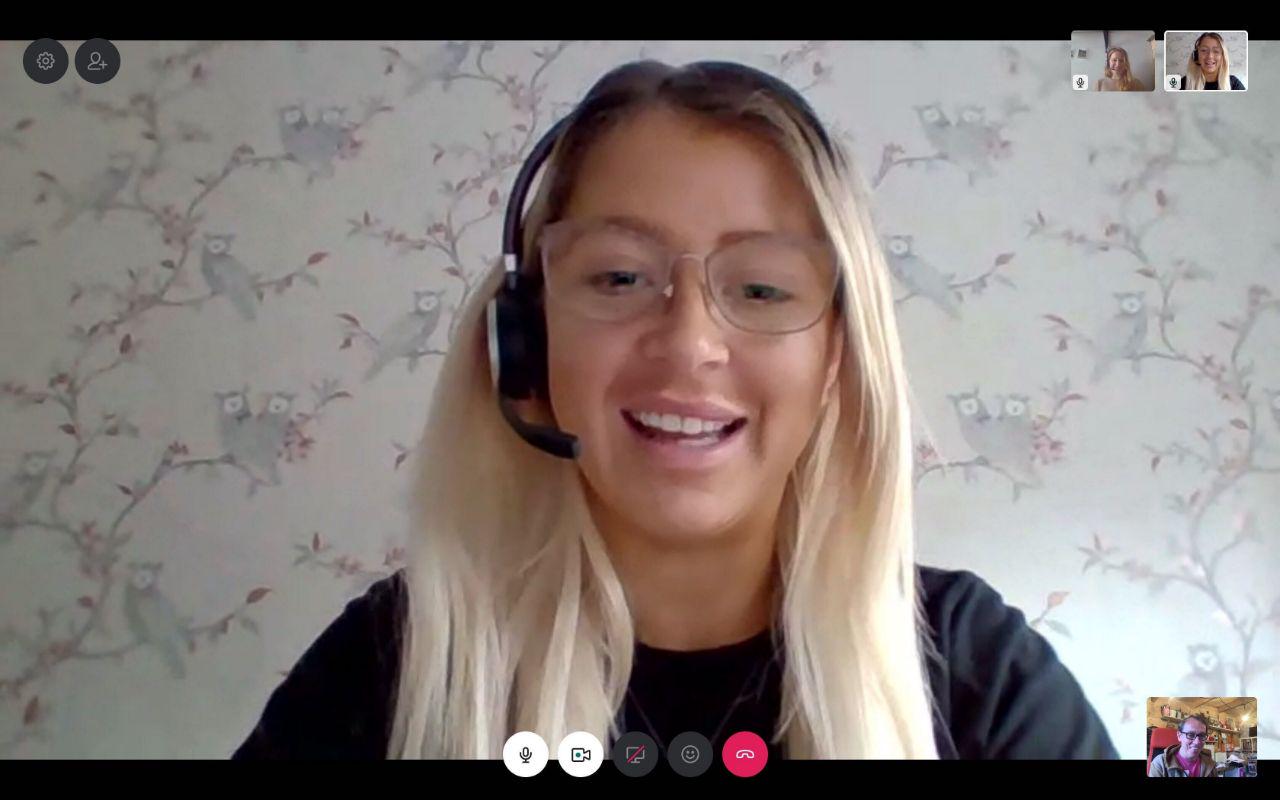 Although I started the role in isolation, I’ve felt well supported. Senior developer, Ian Wells dedicates a day and a half each week to mentoring a few junior devs and I’m so pleased about how much time he has for us. In my recruitment role I saw a lot of companies promising mentoring, but I’d be surprised if it matches Ian’s in quantity or quality. I see the senior devs learning too and supporting each other and this is the sort of culture I’m here for.

I’m a driven person, but working for a company that thinks my learning and progression is worth investing in has been a real confidence boost. It’s made me want to smash it even more.