Stroud Against Racism vs. Gloucestershire Constabulary

....for the reasons outlined above, it would have been appropriate for Stroud Against Racism to have been contacted once your formal complaint had been received. Had you been contacted, the issues which have since come to light may have been exposed sooner. On that basis, your review is upheld

But, the exclusion from various panels, of representatives from community groups, by use of draconian confidentiality agreements continues.

The introduction of confidentiality agreements, without consultation, in order to stifle scrutiny and undermine community participation, formed part of our complaint but because our initial complaint was handled poorly their use has still not been properly addressed.

A meeting to discuss these confidentiality agreements has now been scheduled for the end of August. 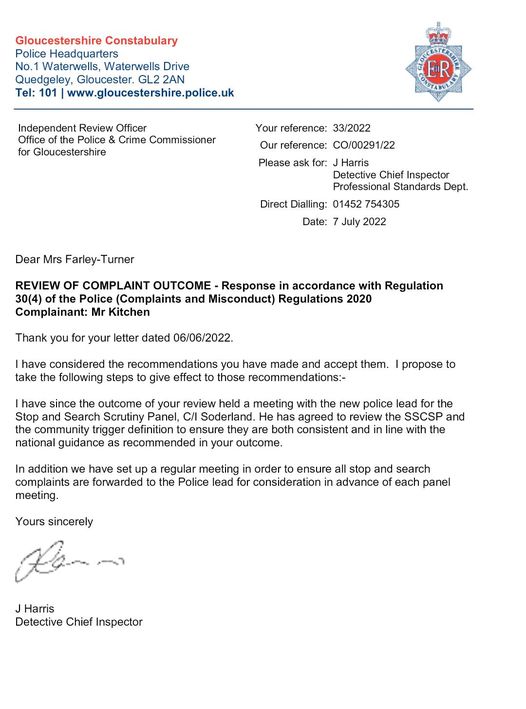