The over-representation of people from racial and ethnic minorities in the Criminal Justice System is a serious concern.

The generally accepted minority ethnic diversity statistic for Gloucestershire is approx 5%. Comparing this to the national sentencing data from the Ministry of Justice the over-representation is clear. 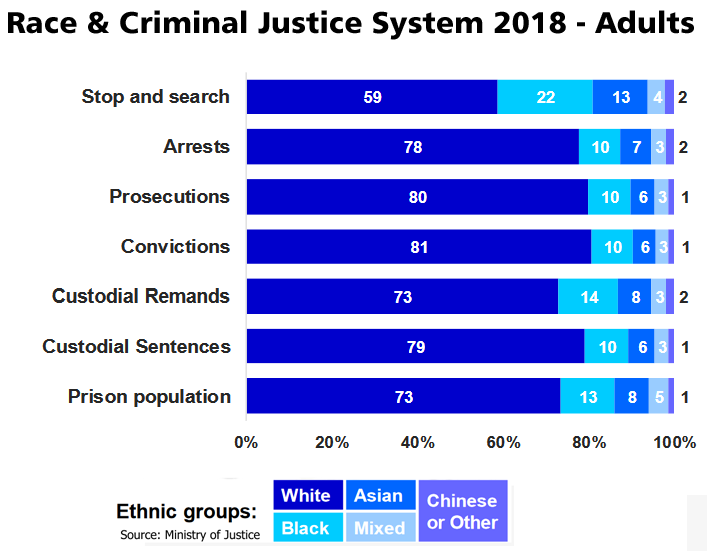 Although Gloucestershire Constabulary do not often tweet mugshots of those sentenced, we noticed that over the last few months that there appeared to be disparity. It should be noted that those on the bottom row of this mugshot image all relate to one case (and were counted as one in the analysis). 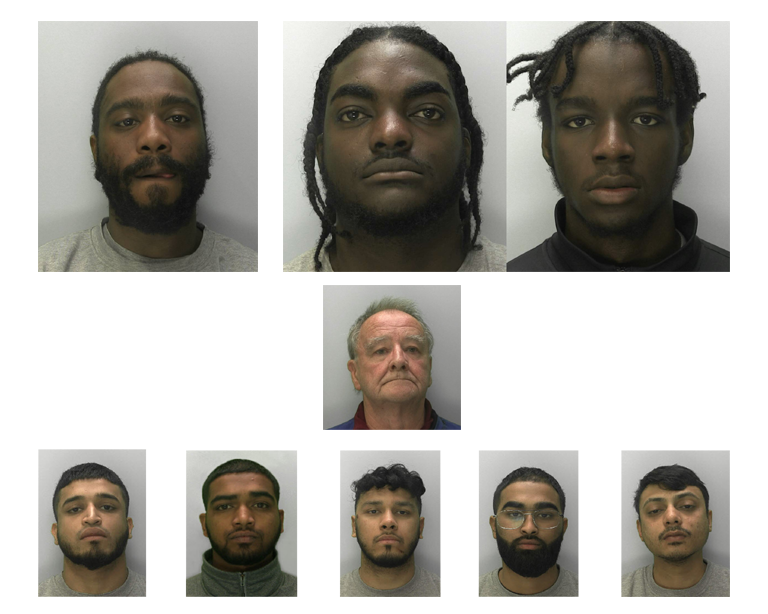 Stroud Against Racism (SAR) therefore analysed the 516 tweets from the main Gloucetershire Police Twitter account (Glos_Police) for 2021. Only the 81 tweets that had mugshots or images of people who were clearly identifiable were of interest.

It was curious that there were no tweets of identifiable people where the categories were Arrested, Charged or Warrant executed. Maybe there are already processes in place to control this?

However, the three remaining categories clearly highlight what we are concerned about.

It would appear that minority ethnic people in Gloucestershire are seven times more likely to have their mugshot released to the press and public when sentenced. These releases translate into headlines that make the front pages of newspapers across the county, and are shared widely on social media – shaping the public’s perception of what a “criminal” looks like.

In light of this evidence a meeting has been requested with the Constabulary's External Communications Manager, with the following agenda:-

We will be expecting that the Constabulary reexamine how it releases information to the press and public in order to avoid perpetuating racist stereotypes.

Following a positive meeting with the Communications Manager on the 27th September we received this response. 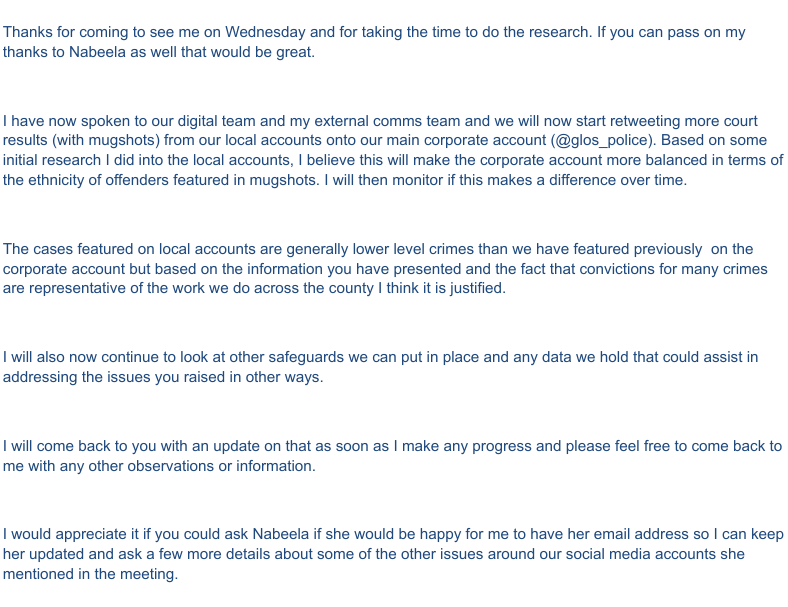