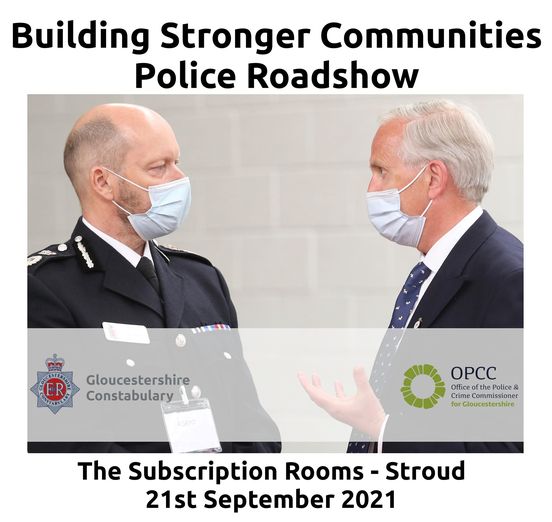 Last week I attended the Police Building Stronger Communities Roadshow at the Sub Rooms in Stroud, representing Stroud Against Racism.

It was an impressive audio visual production but without a formal questions and answers session.

However, in the break whilst 'mingling', persistence paid off and I was able to ask the newly elected Police and Crime Commissioner Chris Nelson and after the event, Chief Constable Rod Hansen, a few questions:-

1 What changes have the Constabulary seen since the formation of the BAME Legitimacy Panel?

2 Why has Stop & Search scrutiny at the Constabulary been reduced by 66% when minority ethnic person is already three times more likely to be stopped and searched by the Police in Stroud?

3 The report titled: Stop and Search in Gloucestershire 2019, which looked into racial bias. I believe the report is based on dubious data which possibly misrepresents reality and needs investigation.

Copious notes were taken and I, along with the rest of the SAR Team, are eagerly awaiting a response.

I've previously laid out a number of concerns about the report, particularly the dubious data on which it is based and management complacency at the findings.

This was received back from the Constabulary on 30th September 2021, not quite the response we were hoping for. 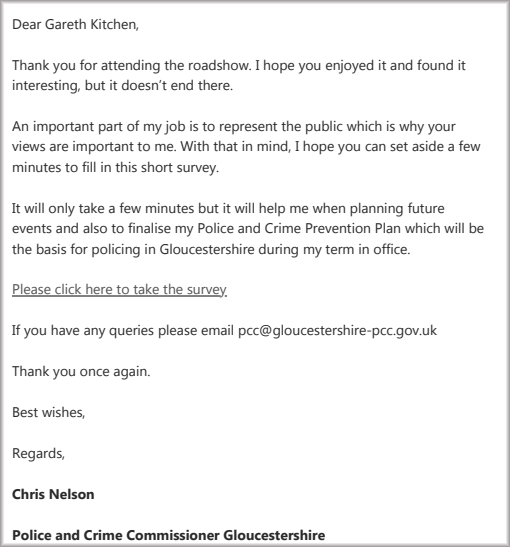 Of course, so there was no ambiguity I had already sent an e-mail on the evening of the 21st September, confirming the discussions.

Soon after publishing these comments the 'requirements' of the both the BAME Legitimacy Panel and the Stop & Search Scrutiny Panel were changed by the Constabulary. All members will be required to “sign up to confidentially agreement, or members will then be removed”.

Further, I was told that “the terms of reference isn’t that far from a confidentiality agreement” and was quoted 3.4. implying that I am somehow breaching it by consulting with SAR or maybe commentating via this blog.

So, the Constabulary's decision has forced me off the Stop & Search Scrutiny Panel as I cannot represent, consult with or properly serve my community under its new régime.

This obvious 'power play' does not reconcile with the Scrutiny Panel's Terms of Reference and its primary purpose; Transparency and Community Involvement. 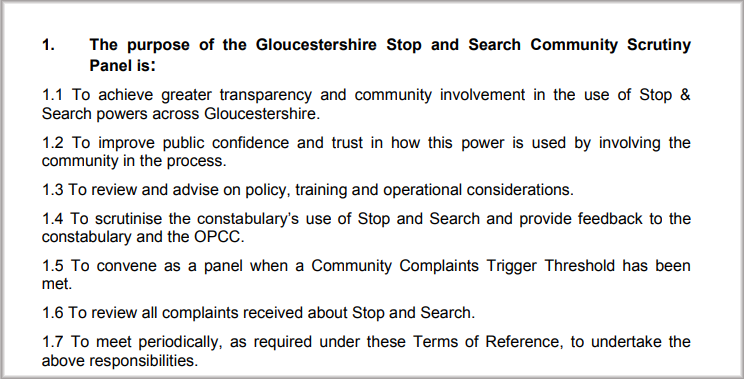