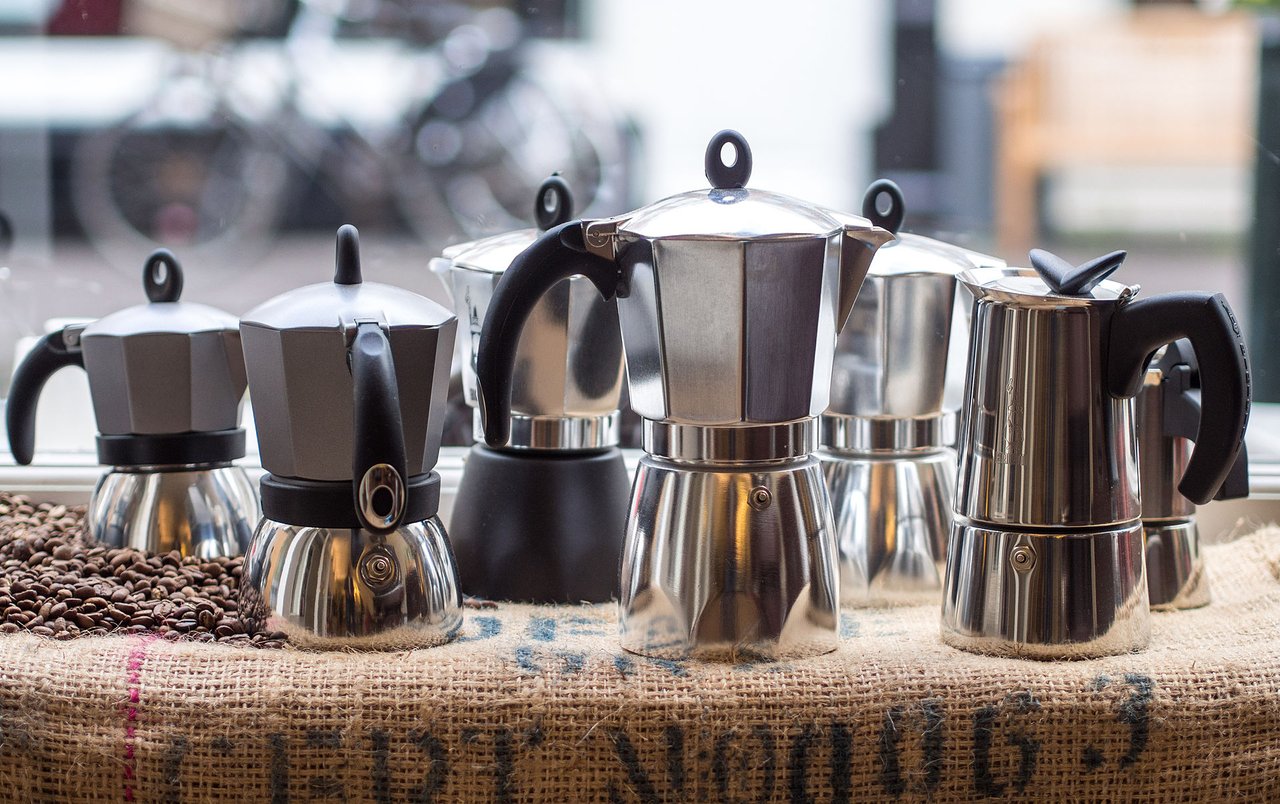 This post is part of my coffee series of posts, a full list of which is available here.

The Moka is probably one of the most iconic traditional coffee makers. Found in the kitchens all across Italy and The Middle East and further afield. It is a design that has lasted decades virtually unchanged.

My intention with blogging on Coil was to write about machine learning and artificial intelligence, but I dipped my toe in with re-publishing an article I wrote a few years back on “levelling up” on coffee making at home. There was so much feedback on Twitter about it, that I thought maybe this might end up being a mix of AI and coffee... what could possibly go wrong?! But it gives me a chance to mix up some 'heavier' articles that require a lot more prep with some shorter ones about various aspects or tools of coffee. 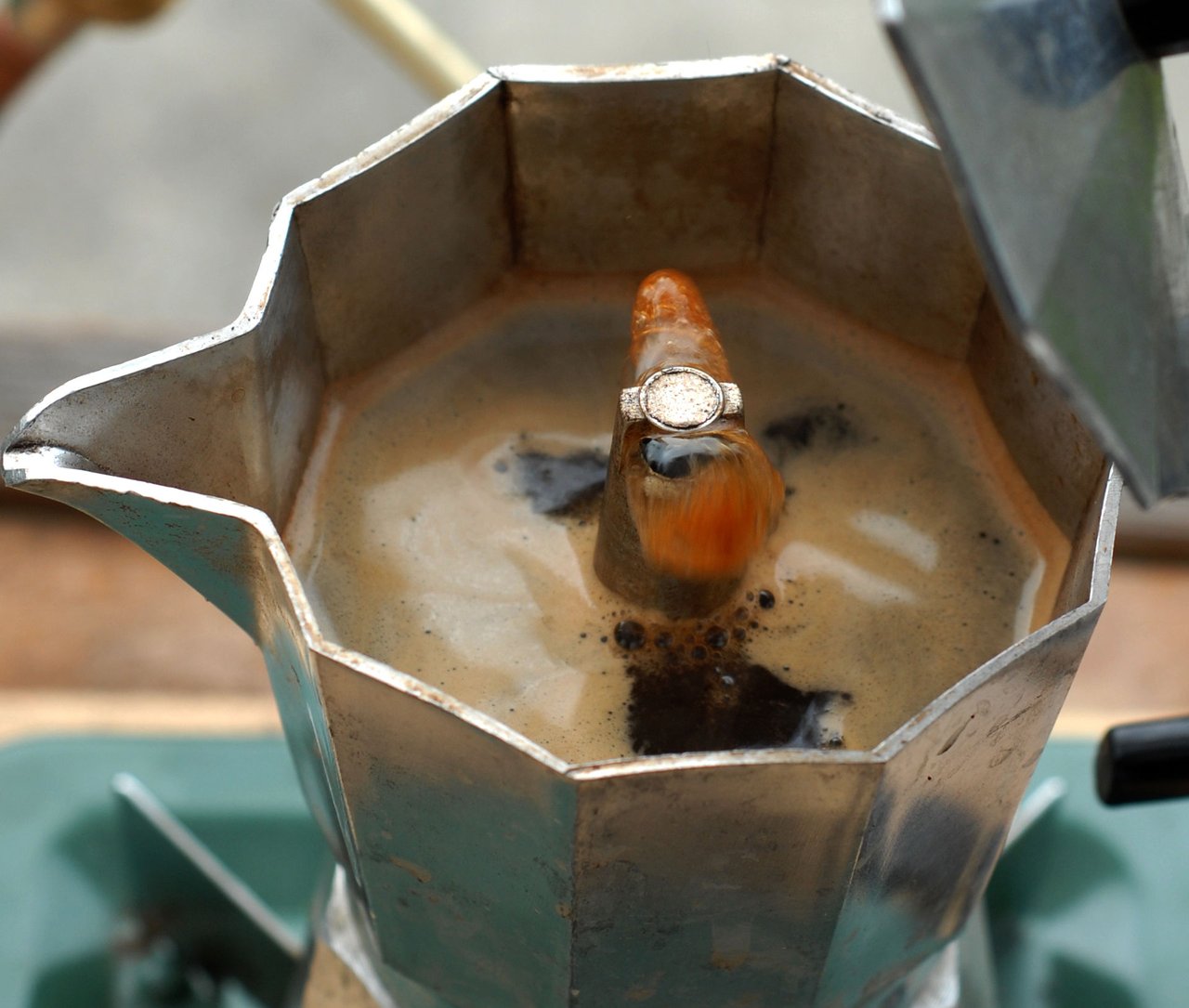 So back to the Moka. It was invented by an Italian engineer named Alfonso Bialetti in 1933. And available in a variety of sizes for making from 1 to 12 cups of espresso-like coffee. Although sometimes referred to as a “stove-top espresso maker” the coffee is not quite as strong as an espresso and produced under lower pressure than an espresso machine.

I've owned two of these type of coffee makers over the years, one a traditional one, and one of them (a “Mukka”) designed to take milk and make a cappuccino-type drink. The milk-based one didn't work all that well. And alas ultimately they both met the same fate... that was they had been left with some coffee grinds still in them my mistake and that has gone mouldy and worked its way into the aluminium. No matter how hard I tried I couldn't get it out. So, rule number 1... actually this applies to coffee in general... is clean up!

I once 'dated' (too short to really be called dating) a Moroccan woman and the first time she invited me back to her place she asked if I wanted coffee. This was in London in a tiny apartment. At the time most people in the UK drunk pretty horrible instant coffee. She brought out a Moka and made coffee in that. Alas for various reasons the relationship with her didn't continue... but I always remember that Moka pot.. and my relationship with coffee!

A Moka pot works by filling the bottom chamber with water, putting some coffee grounds in a filter basket and then screwing the top and bottom together and heating it on a stove. The great thing is that heat source can be a gas hob, electric hob, open fire etc. So great for use camping. They are pretty robust (just keep them clean, as above) and can be chucked in a bag. That said they are reasonably heavy in that they are solid metal.

The steam pushes the hot water up through the coffee grounds and into the top chamber with a satisfying gurgling noise. 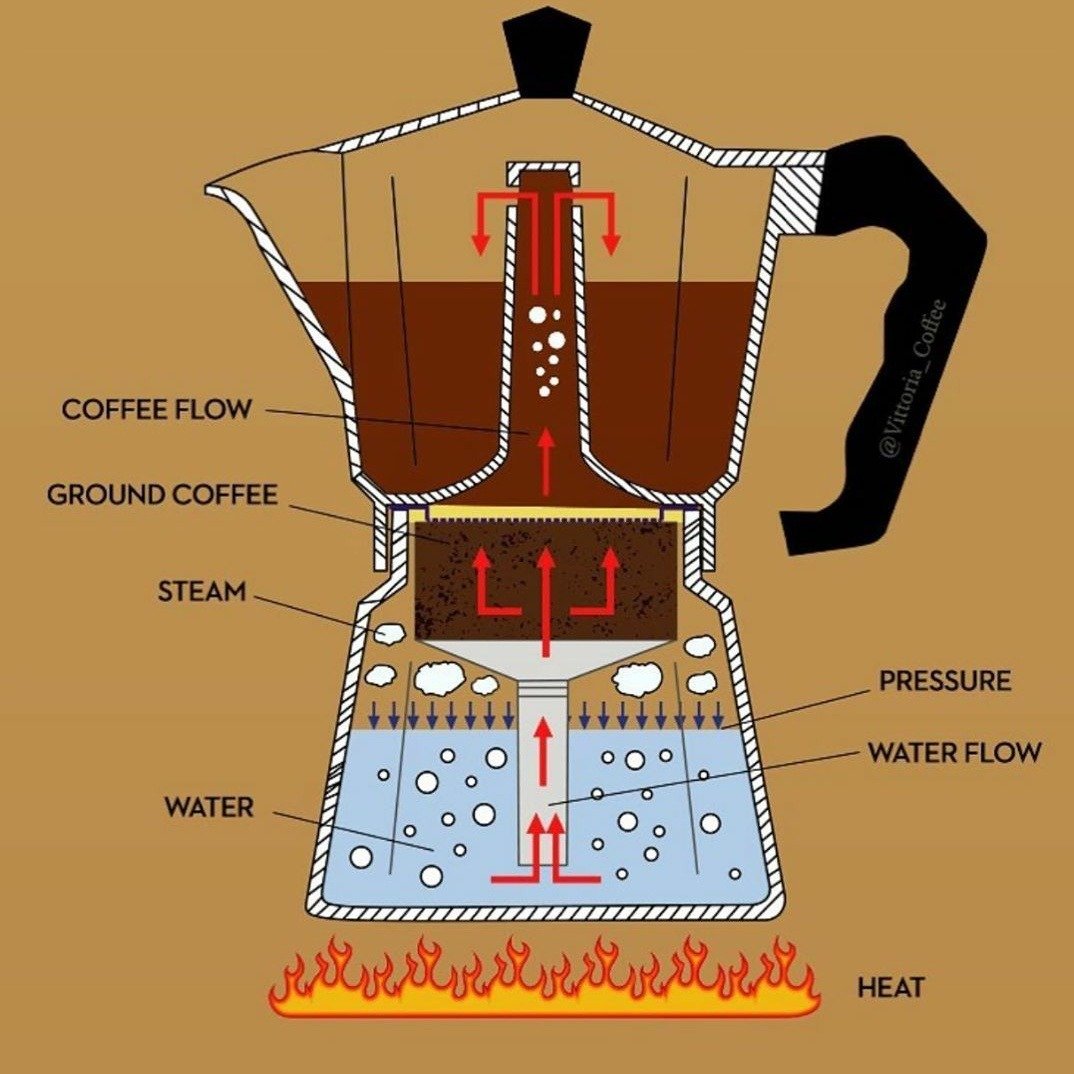 So that is the Moka, a traditional favourite. I'll be writing more about various other methods of brewing coffee in future posts, stay tuned!