Here I am, playing Dwarf Fortress once again! It's just one of these games that I find myself coming back to time and again. On this playthrough, I'm tackling an above ground fort in a very young world. I'm using the Meph Tileset Launcher for Dwarf Fortress version 0.47.04. If you'd like to play along, here are the files with embark save and an export from legends mode.

You have arrived. Your harsh trek has finally ended. Your party of seven is to make an outpost for the glory of all of The Vicarious Bookkeeping. A new chapter of history begins here at this place: Adventurervault.

Adventurervault, as I named our new outpost, is meant to become a home for adventurers wanting to band together to take on the vault nearby – hence the name. It lays in the northern reaches of the Mechanical Continent, the only large landmass of the world called the Slade Rock. 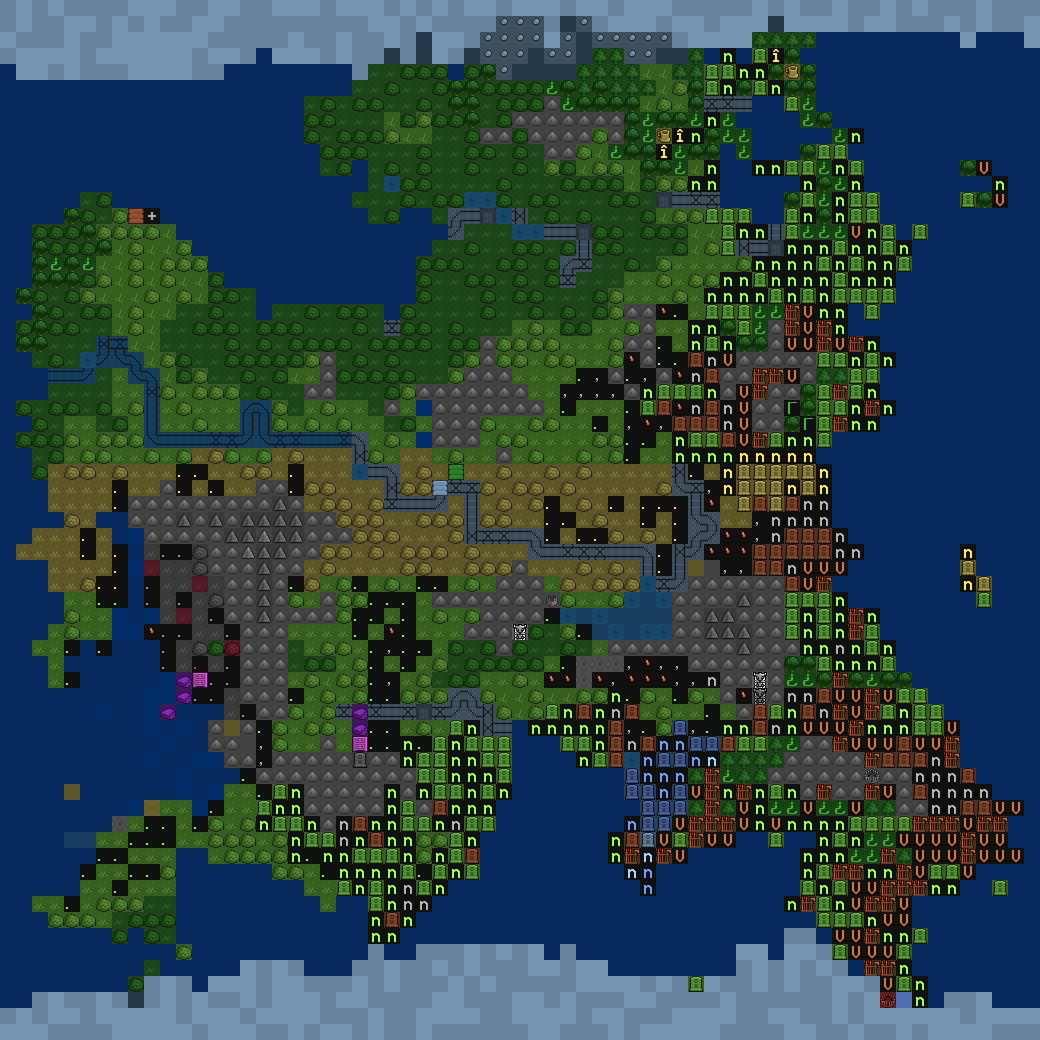 The aptly named Field of Adventurers, where I placed the embark site, is a savanna with some spare trees and other vegetation at the very edge of the temperate zone. It doesn't have much going on in terms of metals, but it does have a supply of clay, which might come in handy.

It is also perfectly flat! 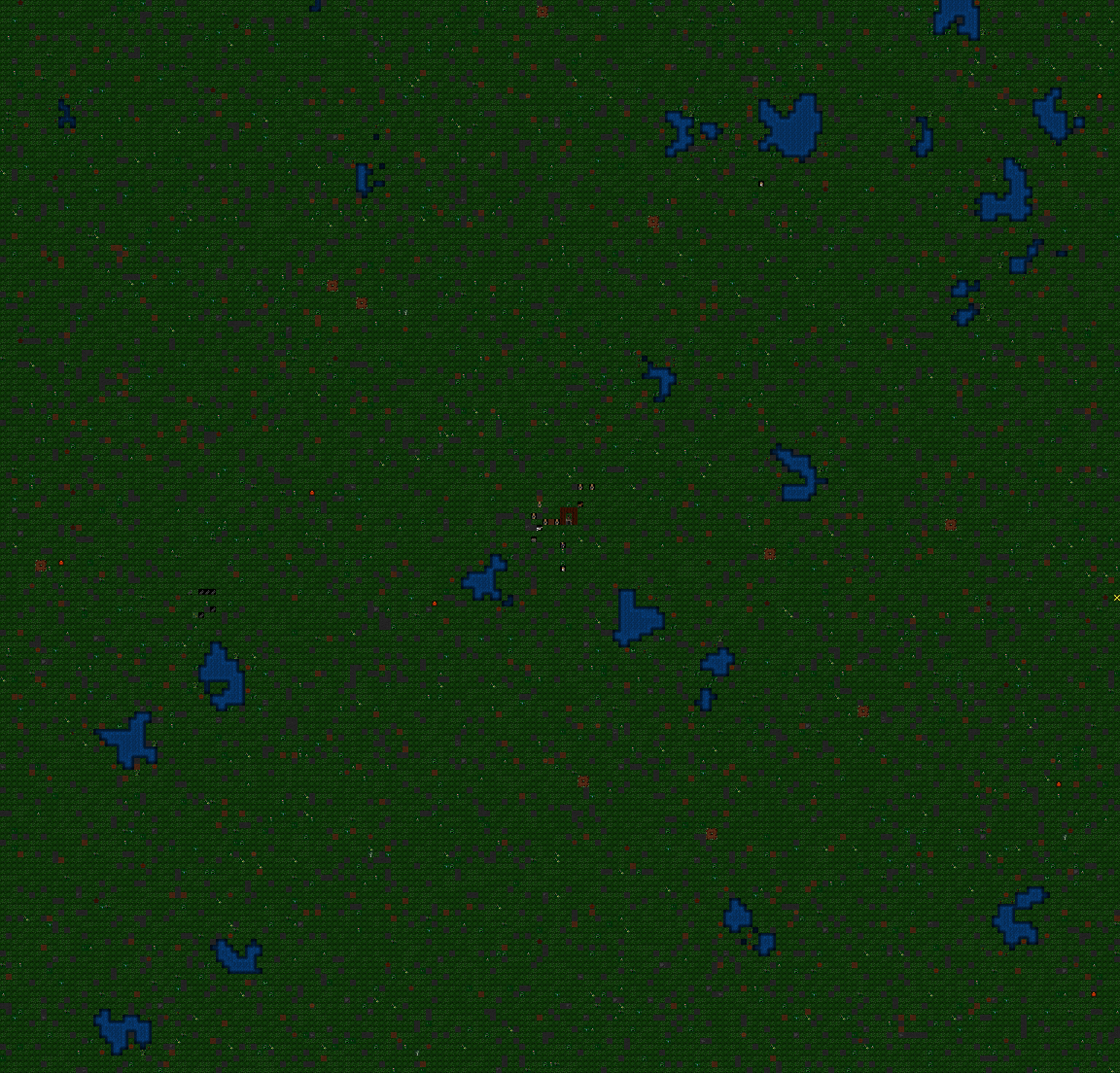 An ideal situation for above ground building. Oh, and did I mention an underground volcano? 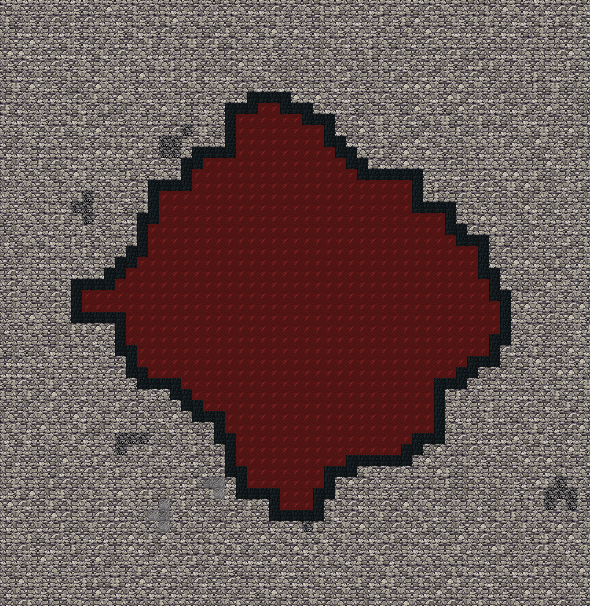 Volcanoes in Dwarf Fortress span a great height and usually create an extremely steep (and often rather silly looking) mountain peak. This one is entirely underground. I blame the fact that this particular plain is so high above sea level that it covered up the whole vertical spawn range of the volcano. In a way, this sort of volcanic plateau is at least somewhat realistic.

A source of magma was definitely a very pleasant suprise when I peeked at the underground layers with dfhack – it wasn't something I've ever seen in Dwarf Fortress myself. My sister, on the other hand, called it immediatelly after I showed her the patches of obsidian on the surface. Kudos!

Next time, we'll take a closer look at our starting seven!