Last month, I was delighted to come across this extremely cute and hummingbird-esque bee fly which is—we think, aptly—named Bombylius major. 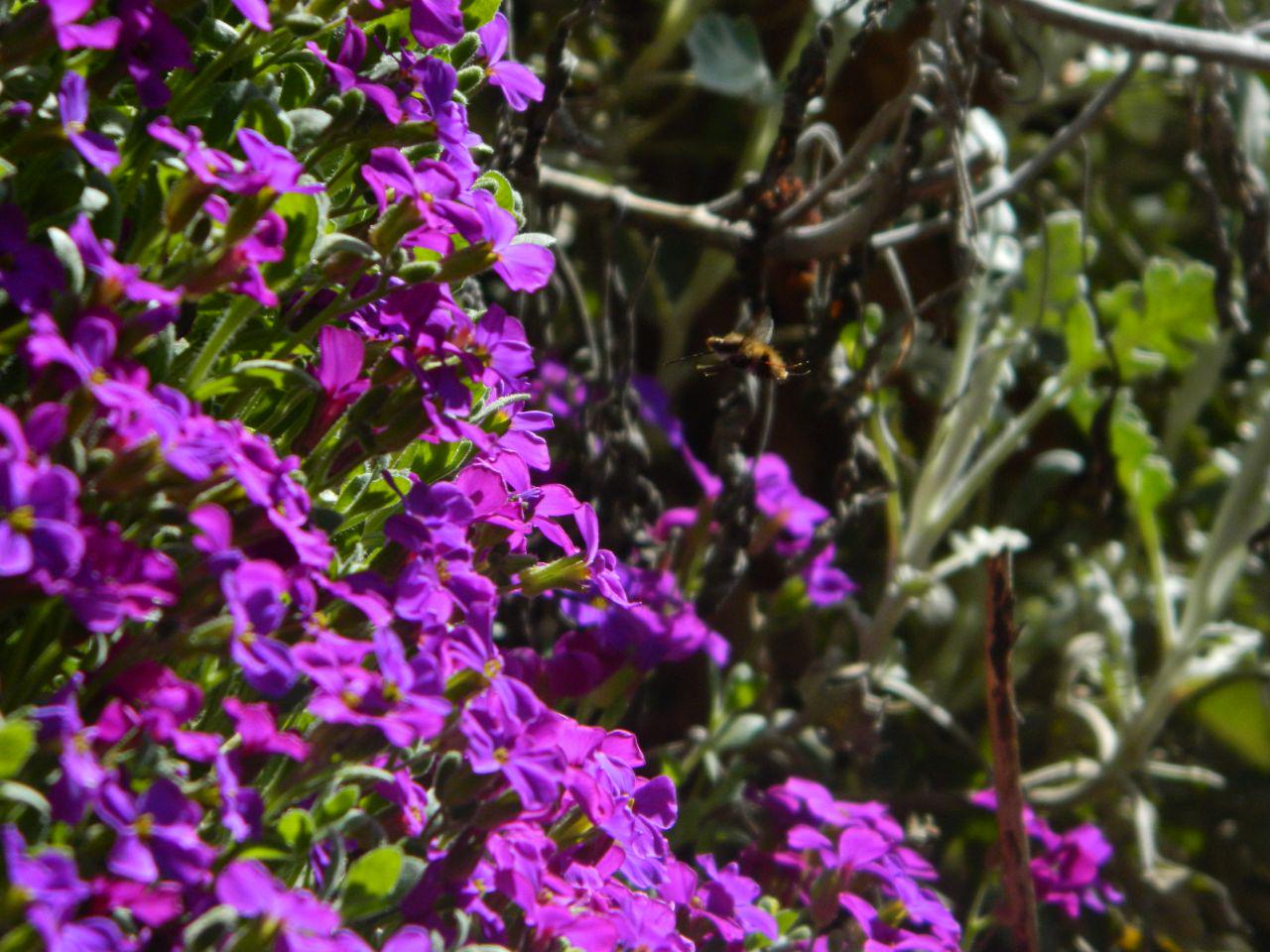 Seen here diving in to feast on the nectar of purple rock cress, Bombylius is a fuzzy pollinator that is noted for its resemblance to bees—which it has adapted to mimic. Its long, thin mouth (proboscis) reminds me of a hummingbird beak and is similarly well-suited to extracting nectar from flowers. If you watch the video below, you'll also be able to see its incredible ability to hover in place.

Although cute and fuzzy, it's also important to note that Bombylius is a parasitic species which lays its eggs in bee nests, where their larva consume the pollen and eat the bee larvae as they grow. This may sound sinister by human standards, but is an effective adaptation which has not been shown to have a major impact on bee populations overall. 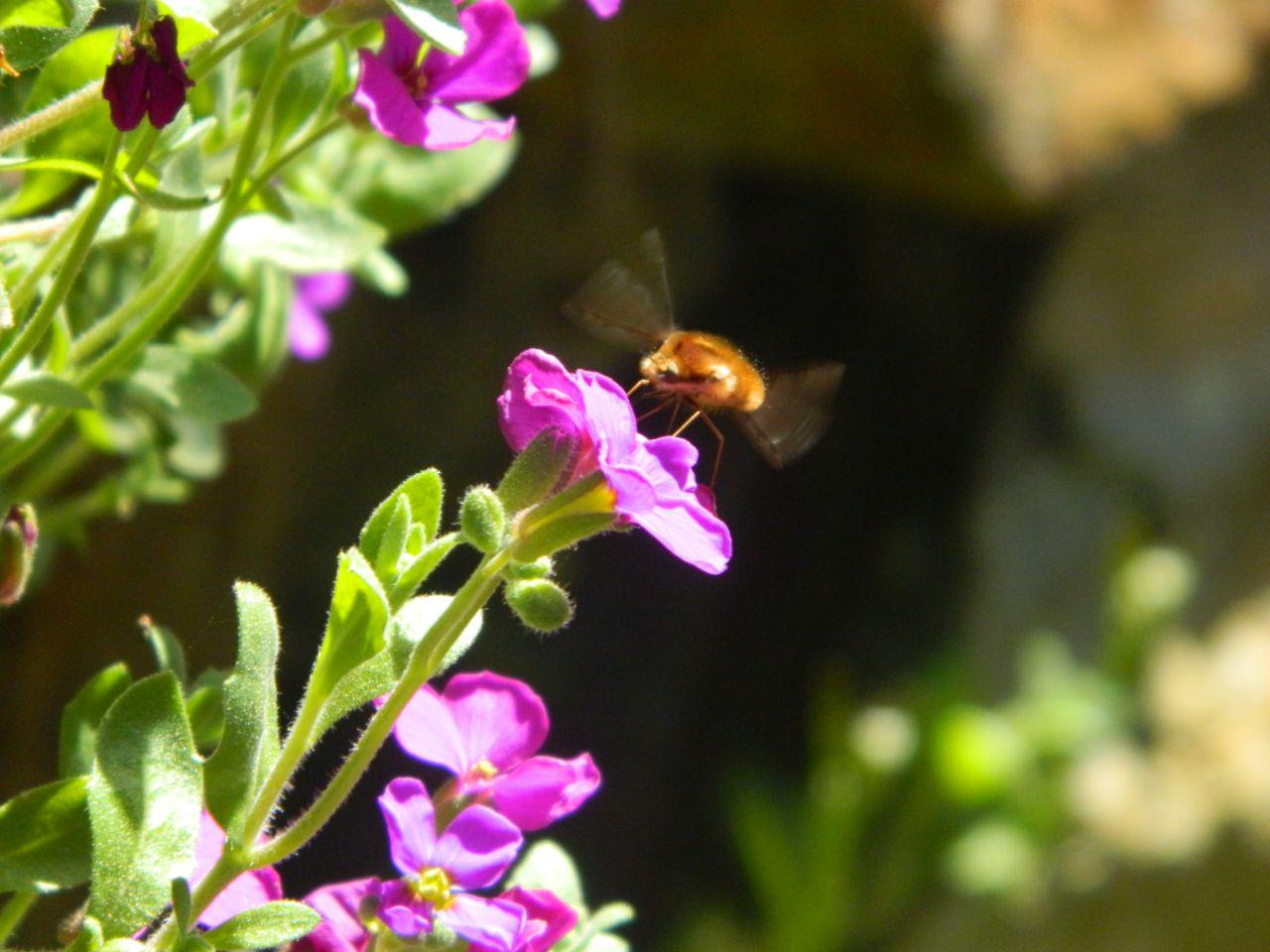 They remain an important pollinator, so if you ever come across one, don't be ashamed to smile ;^) 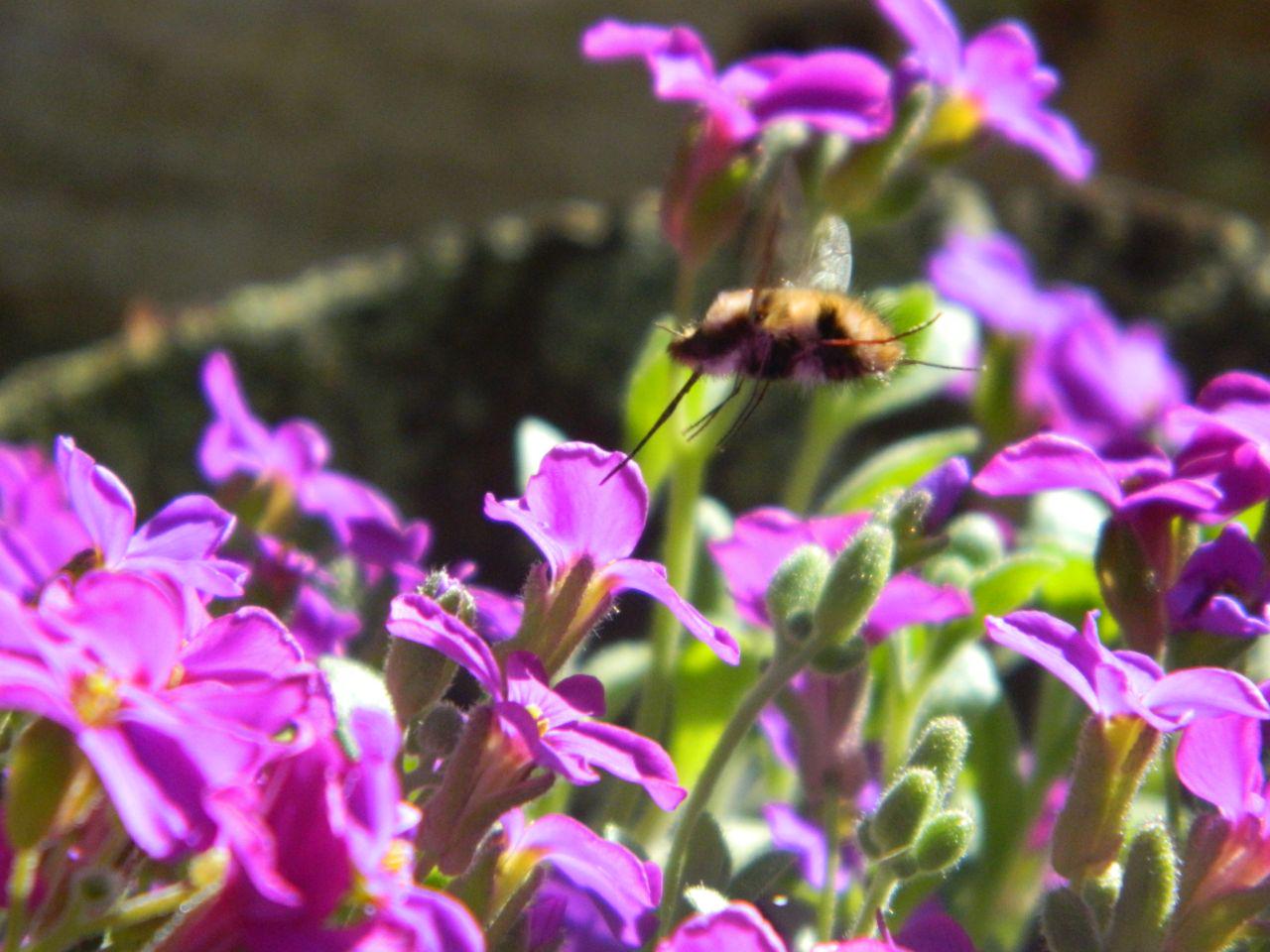