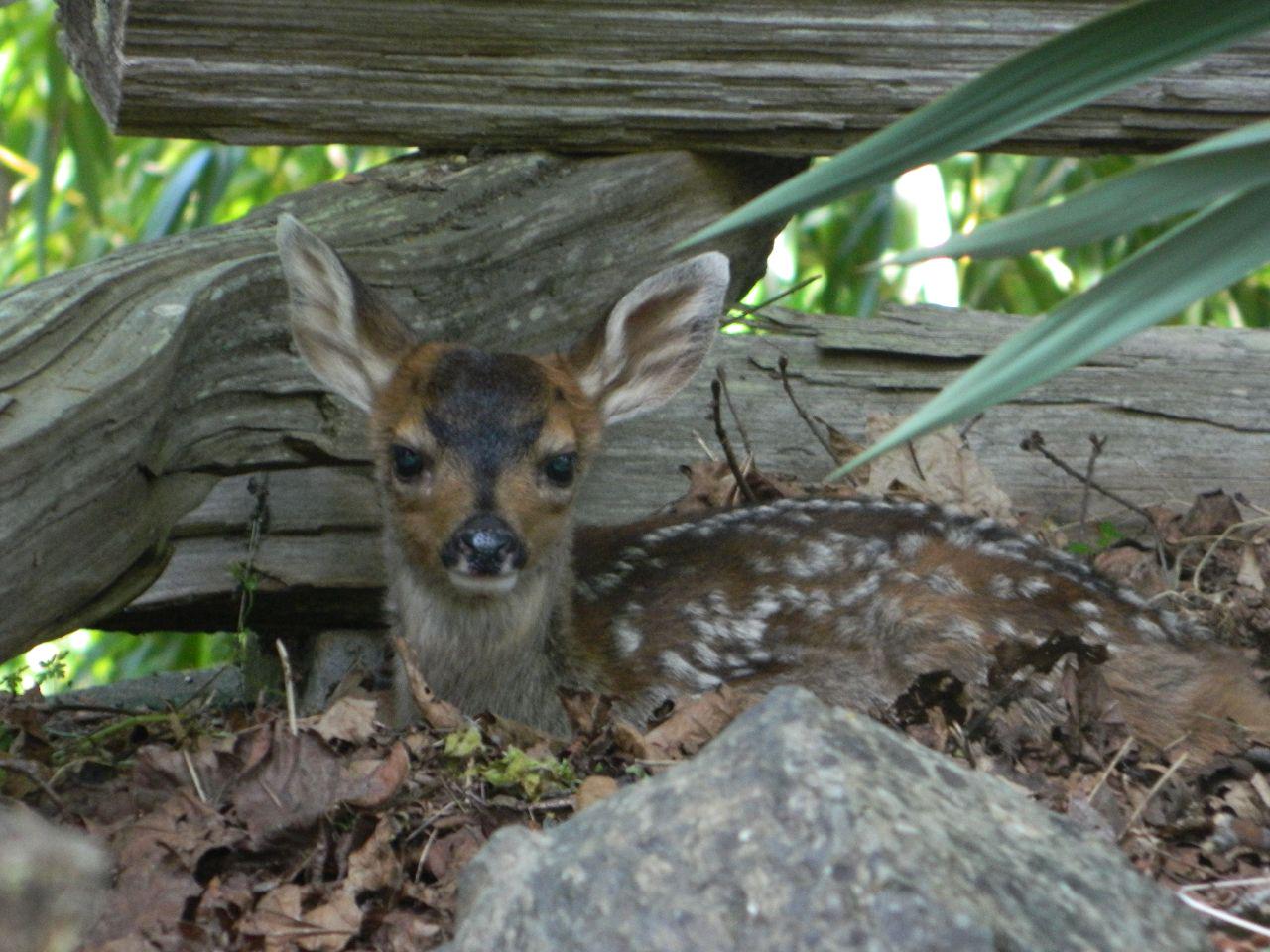 Photo by Kate, who I roused from bed excitedly shortly after my discovery

Resting atop a bed of maple leaves was a little fawn which had been dropped off at Humm Hill Daycare while its mother foraged for the day. Thanks to Wild ARC, I learned that this is completely normal maternal behavior for deer, not because mama deer are neglectful, but because they don't want to attract predators while their younglings are still naive and wobbly-legged.

Fawns aren't completely defenseless though. In addition to their camouflaging fur, they're also nearly scentless at this age, which explains why my nose didn't pick up that distinct deer perfume! Furthermore, the mother doe usually remains nearby and returns to nurse her youngling every now and then. (Here's a photo of nursing in action taken last spring on the other side of the Hill.)

After learning about the importance of keeping our distance so that the mother wouldn't feel threatened when returning, we periodically peered down at our little visitor from a distance throughout the day until its mom came by to pick it up.

The fawn spent most of the day curled up among the leaves waiting for its mother to return, only standing up to shift its resting position from time to time: 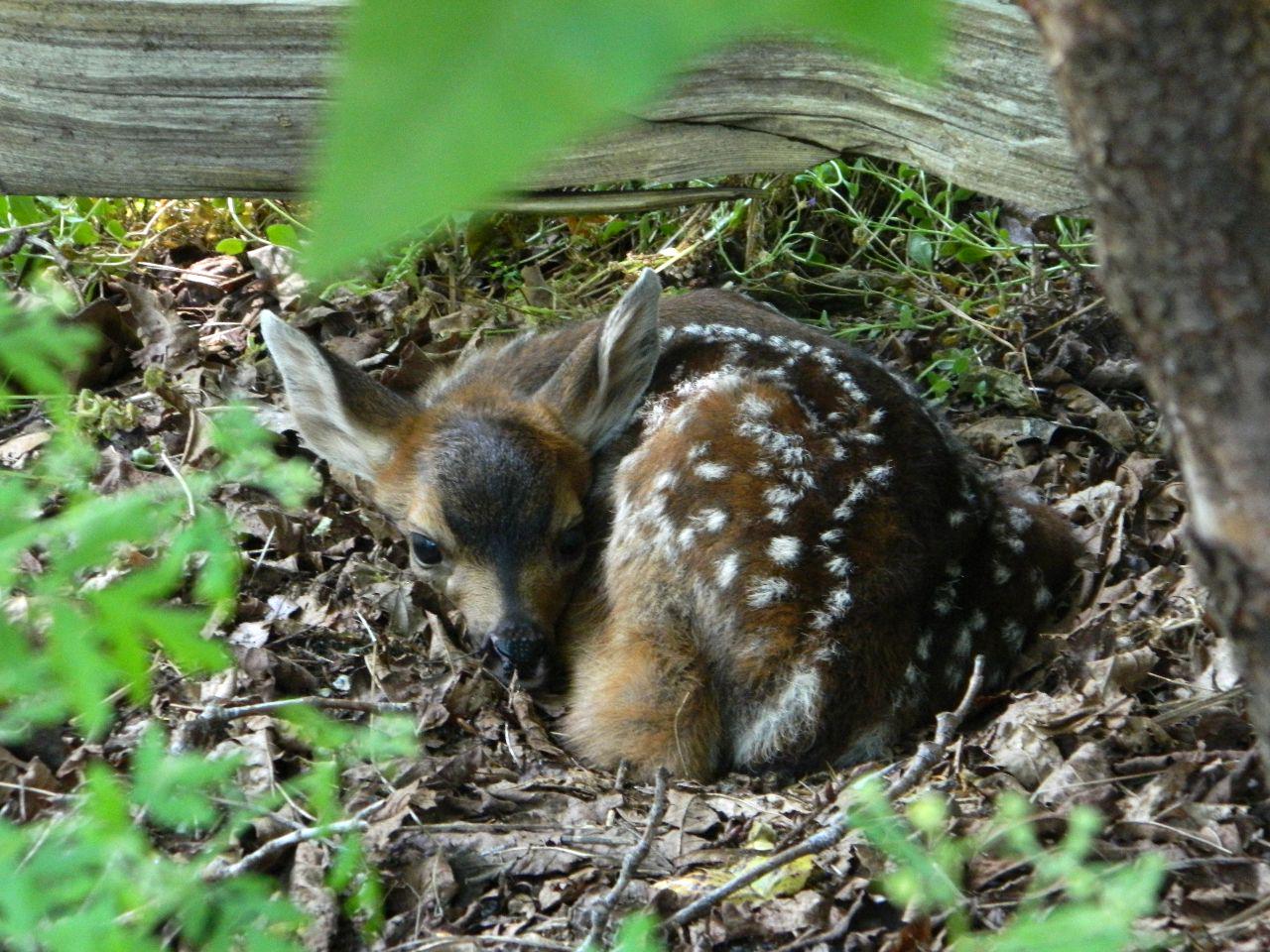 Before it disappeared, I took the opportunity to try my hand at sketching the scene live with watercolors, now that I'm exploring that medium. This was the first time I've tried painting a natural scene in over a decade and it was delightful to be able to do so out beneath the trees with birds singing in the background: 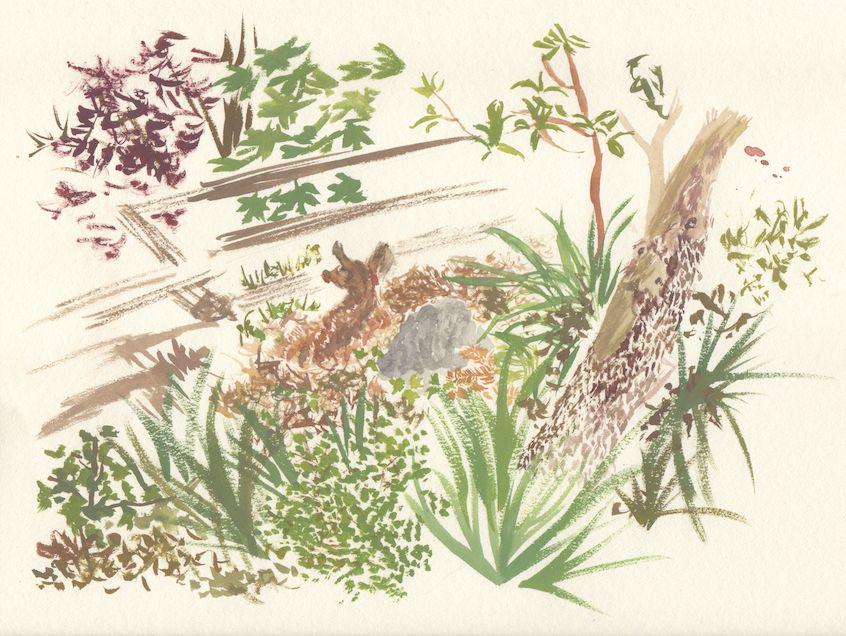 I've actually recently stopped taking photos almost completely (which is why the ones in this post are by Kate) and am instead putting much of that bandwidth toward spending more time with other mediums, such as paint. I plan to share some of the results here gradually :^)

You can learn more interesting tidbits about fawns here.