Over the past several months, we've been greatly inspired and delighted by the work of UK-based artist Kristyna Baczynski — whose Patreon we both subscribe to, where we're rewarded with in-depth explanations of her creative / business process which has been masterfully honed over many years of making beautiful comics, zines, prints, and more. She's also been incredibly generous in offering advice as we've been developing our own creative practice together as Hummingcrow & Co. 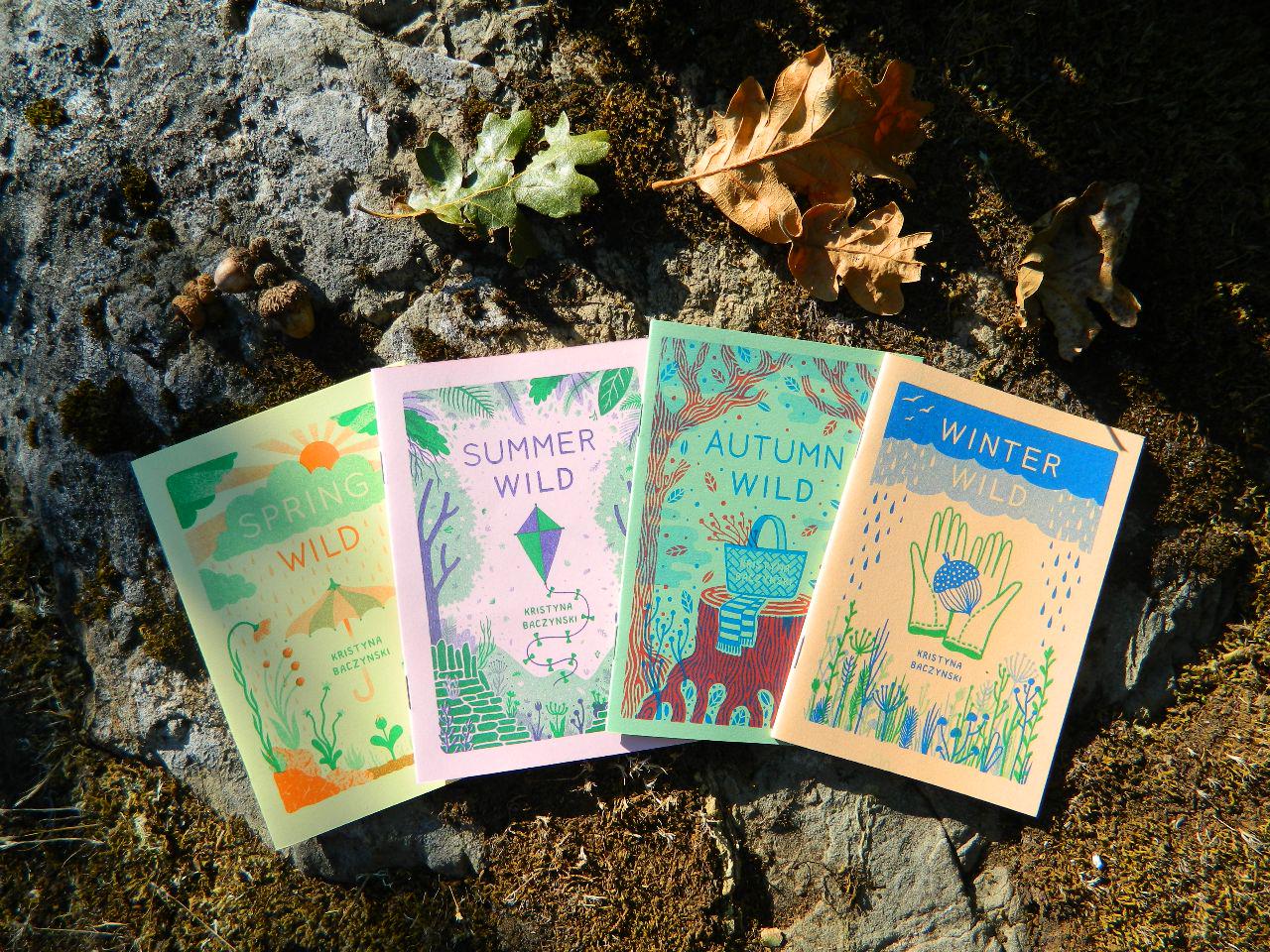 A few weeks ago, we were overjoyed to receive her gorgeous Wild Year zine set highlighting wild plants growing in her region of Europe each season – and thought this would be a great opportunity to highlight her work! One of our biggest hopes and dreams is to eventually create our own zine series about the various goings-on around Hummingbird Hill over the seasons, and if we're able to manifest something half as magical as Kristyna's creations, we'll be very happy indeed. 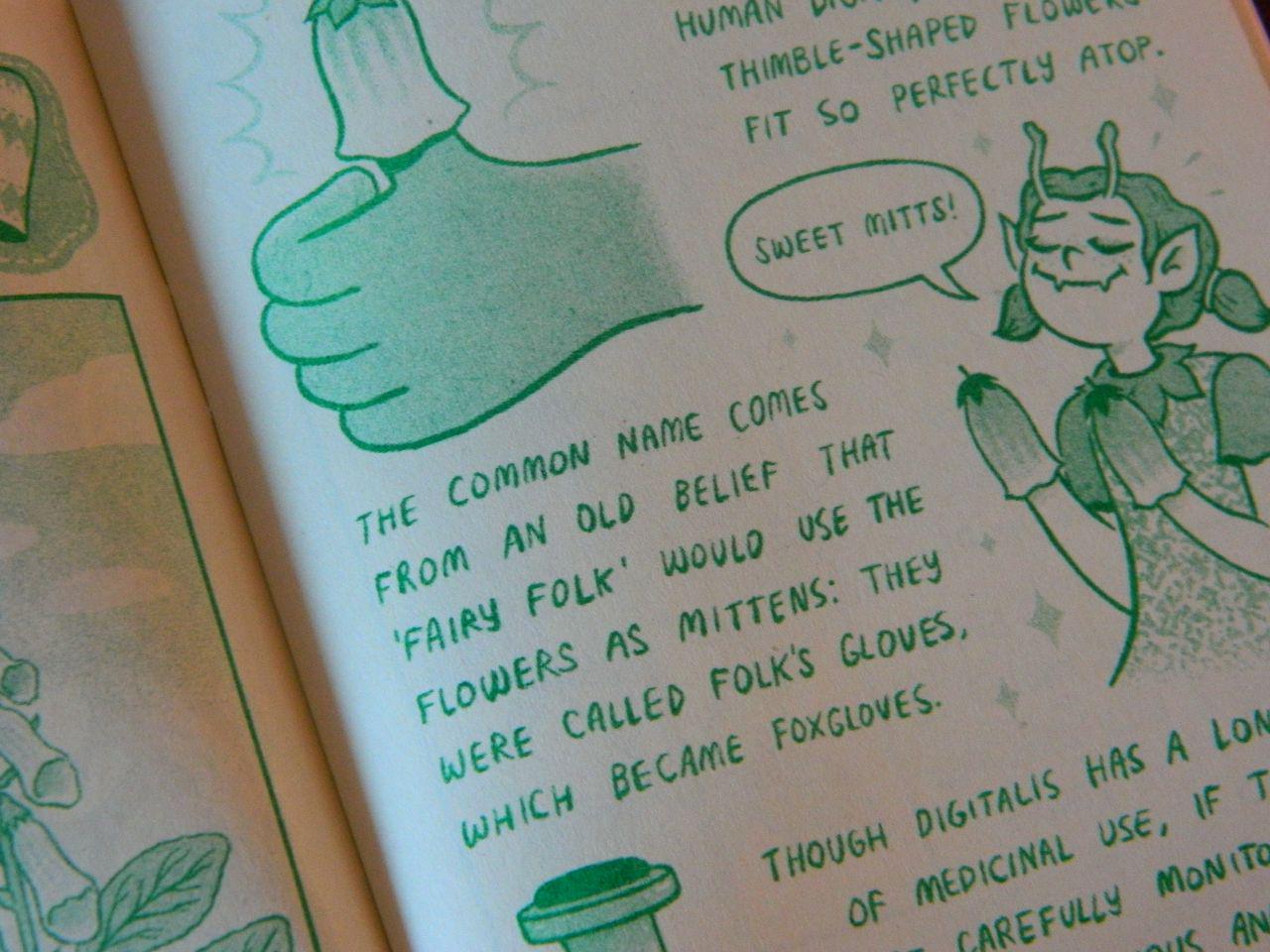 Inside peek at Summer Wild. Although native to Europe, some of the plants in these zines—such as foxgloves—have made their away across oceans to established themselves in our region as well, for better and/or worse! 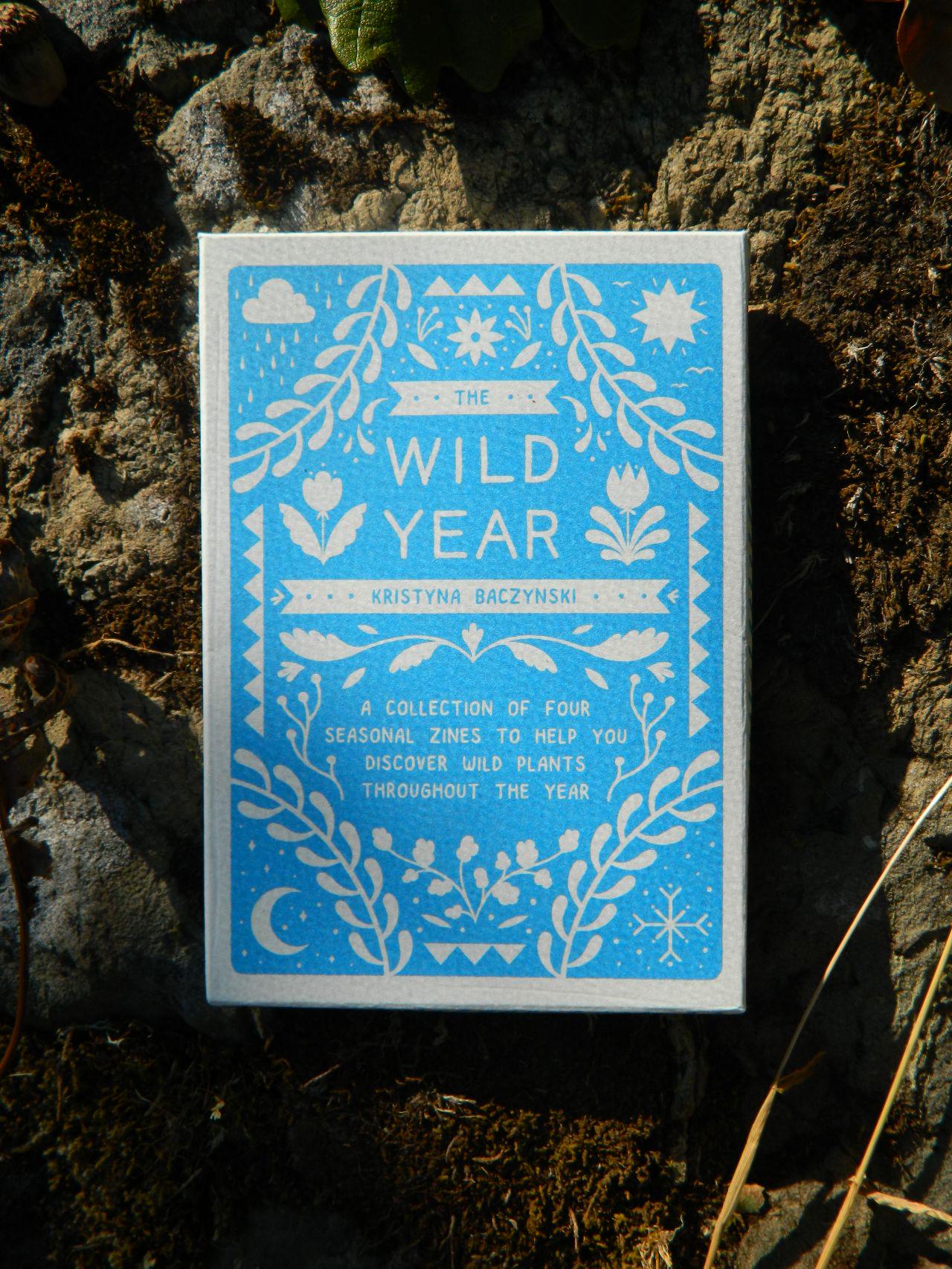 ~ How did you find Kristyna's work?

~ I actually originally connected with Kristyna many years ago through our shared love for all things cosmic when I was working for Greenwood Space Travel Supply Co. Though my attention is now more closely focused on the Earth, I still keep my eyes & mind trained to the stars and have my favorite Carl Sagan print on a wall here :^)

In addition to being a fellow space/nature-lover, Kristyna is also a zine enthusiast and even made a really great zine about making zines. (Hint: We will very likely be using the word “zine” here many more times in the future heheh)

~ I believe I was first introduced to Kristyna's work via a couple of her postcards that were mailed to me by an anonymous admirer when Seán and I first started dating (hmm...). They're on my wall now— one has a flamboyant pink peacock-esque bird on the front, with subtitle text in Ukrainian Cyrillic script: ЖАР~ПТИЦЯ. On the back is a message in fancy cursive writing from a peacock that we had seen on a walk, addressed to me as “Green Sweater Human”. The other, “ВОДЯНИК”, has a bearded fellow with webbed appendages wearing a tux with dripping tails and a fedora, sitting on a branch above a body of water, smoking a pipe. On the reverse of this one is a poem apparently written by the dapper merman himself.

Fast-forward a few years and I've just upgraded to a higher tier on Kristyna's Patreon 'cause I can't get enough of her art! Her monthly diary comics show a sweet illustrated glimpse into her life and the extra stuff she shares with her patrons is so insightful and inspiring— highly recommended! :)