On a particularly hot, sunny day earlier this summer, I was out identifying plants in the garden when, rounding a bend, I was met with this sight on a mossy mound of rock near the bird bath: 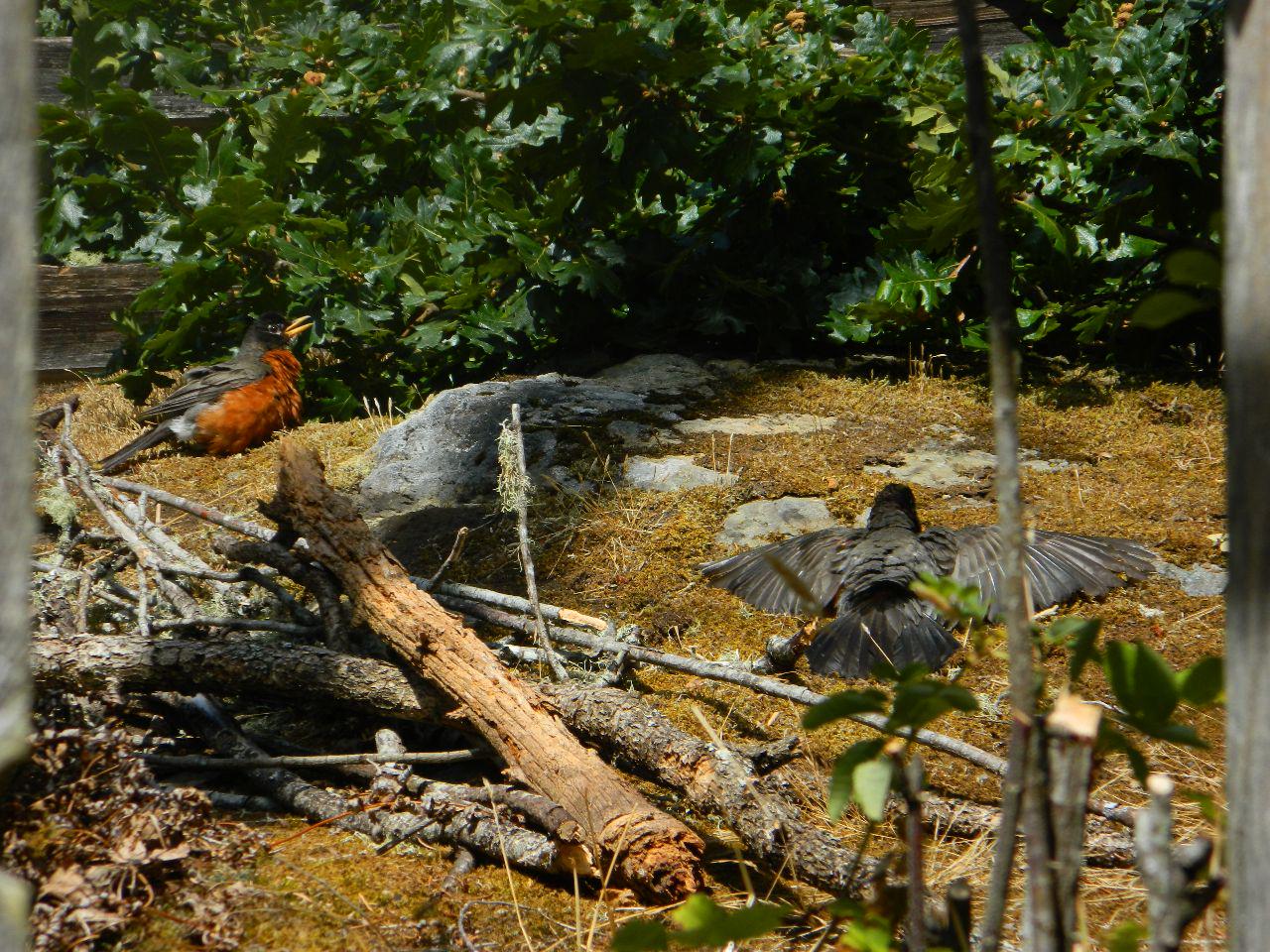 They were absolutely still, frozen in their respective poses: 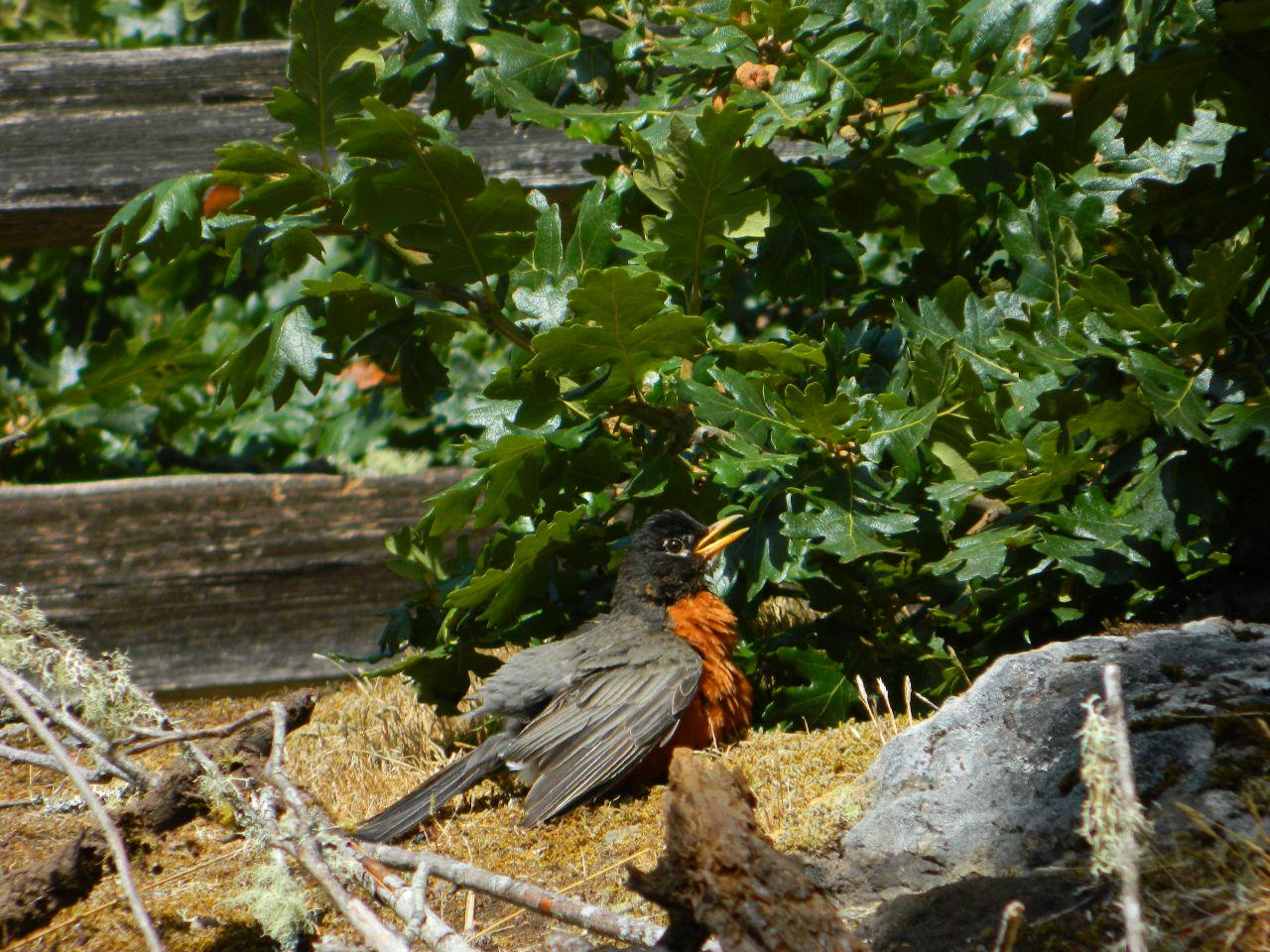 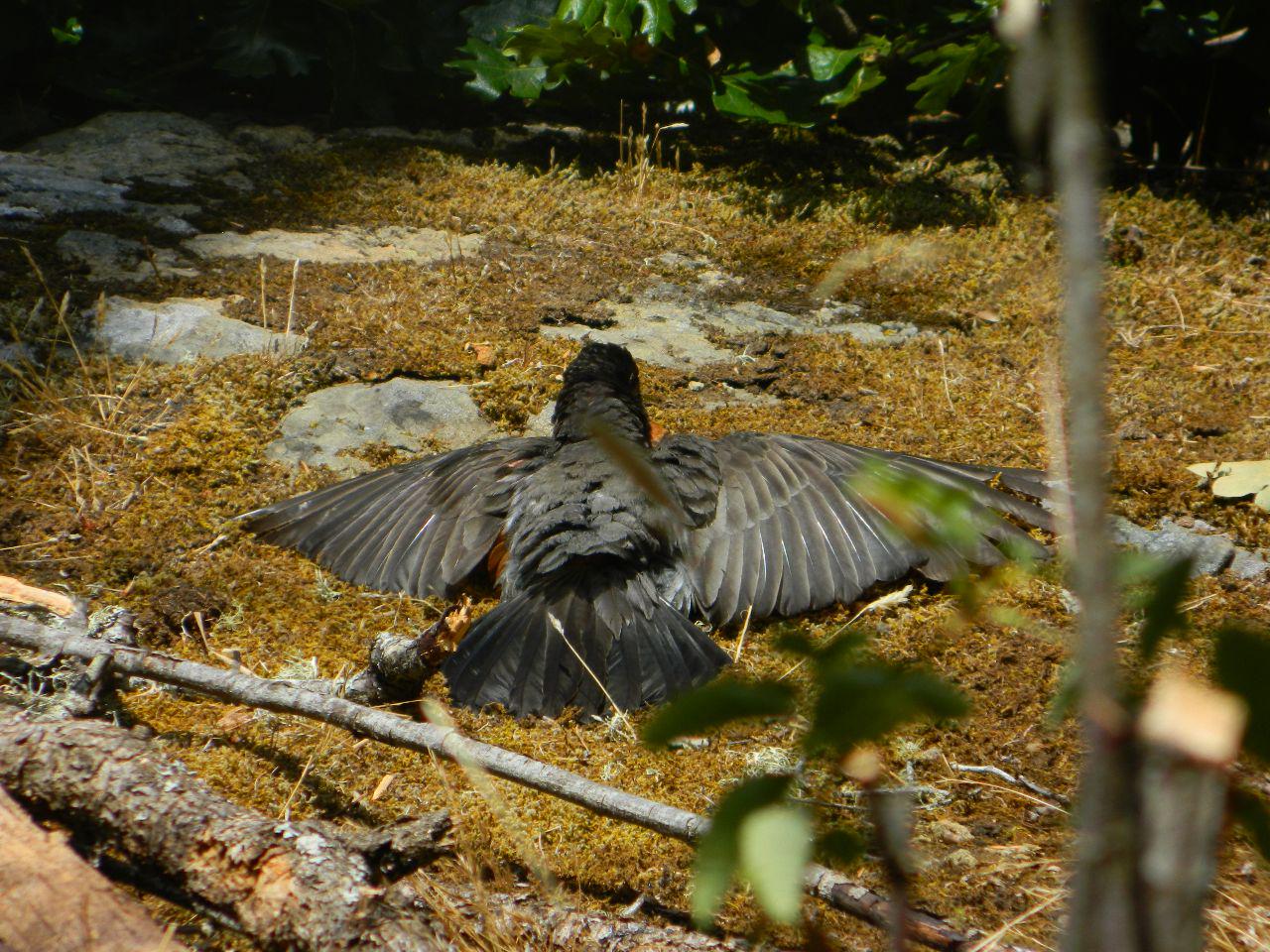 Several hours later, Seán saw them at it again: 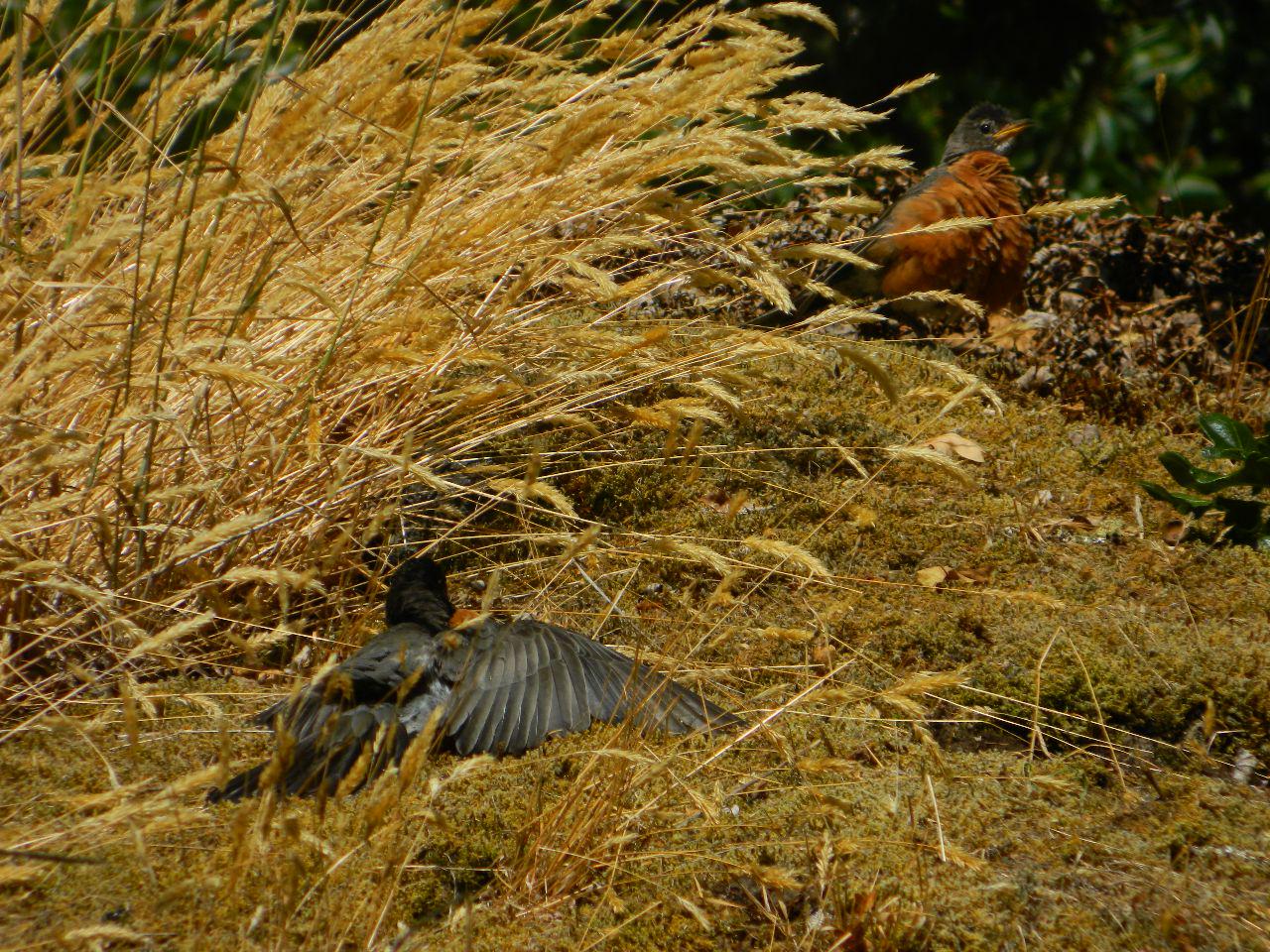 Some proposed purposes of avian sunning:

☼ To dry off more quickly and regulate their body temperature ☼ For feather maintenance— to control ectoparasites and bacteria ☼ For relaxation and pleasure— we hope!

~ Sunning can look very similar to the act of "anting"— when birds spread themselves over an anthill, allowing the ants to crawl around their bodies. This remains to be properly understood, but one theory is that it is a sort of avian spa treatment.

In addition to robins sunning here atop the Hill, we've also seen: 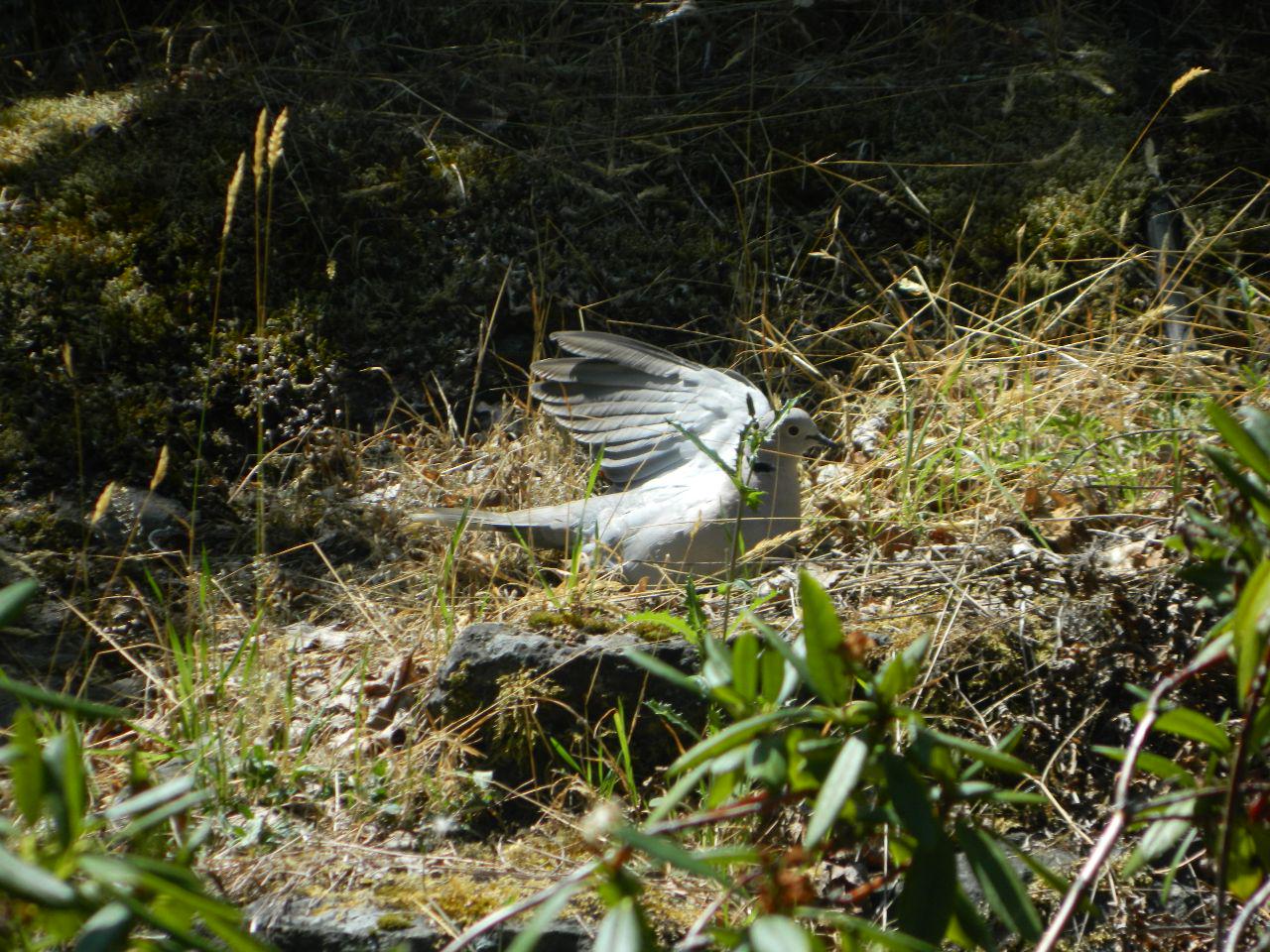 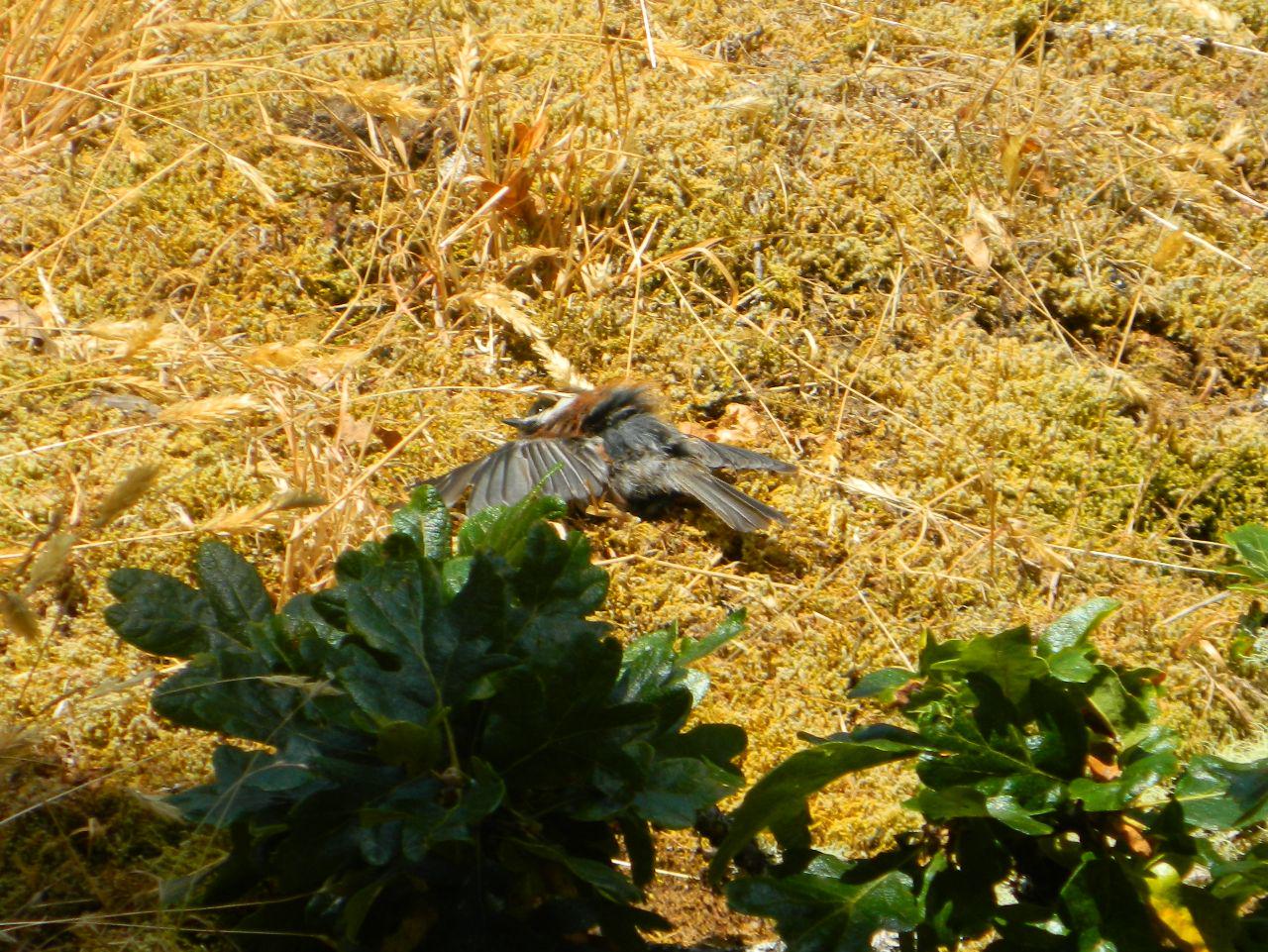 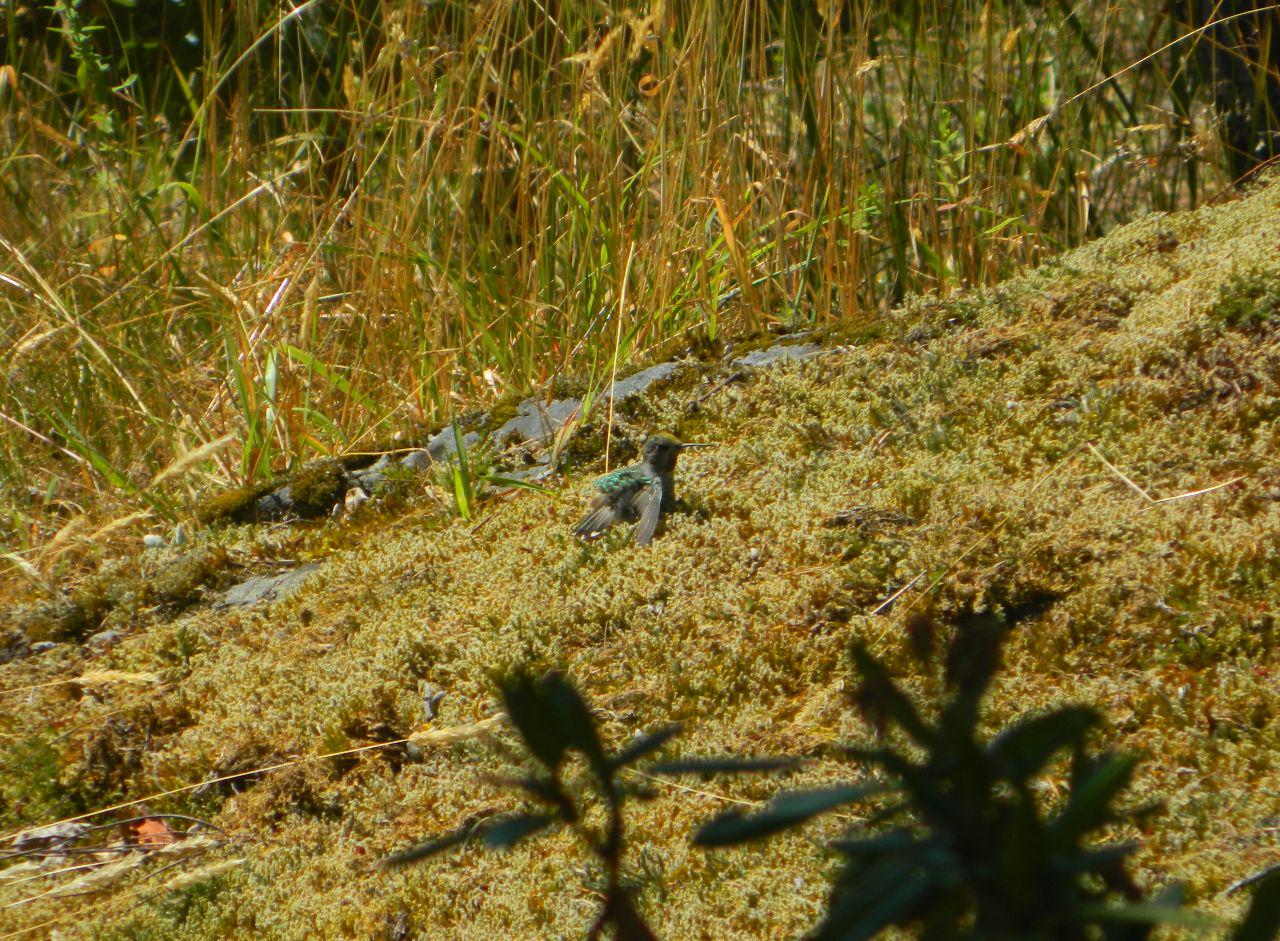