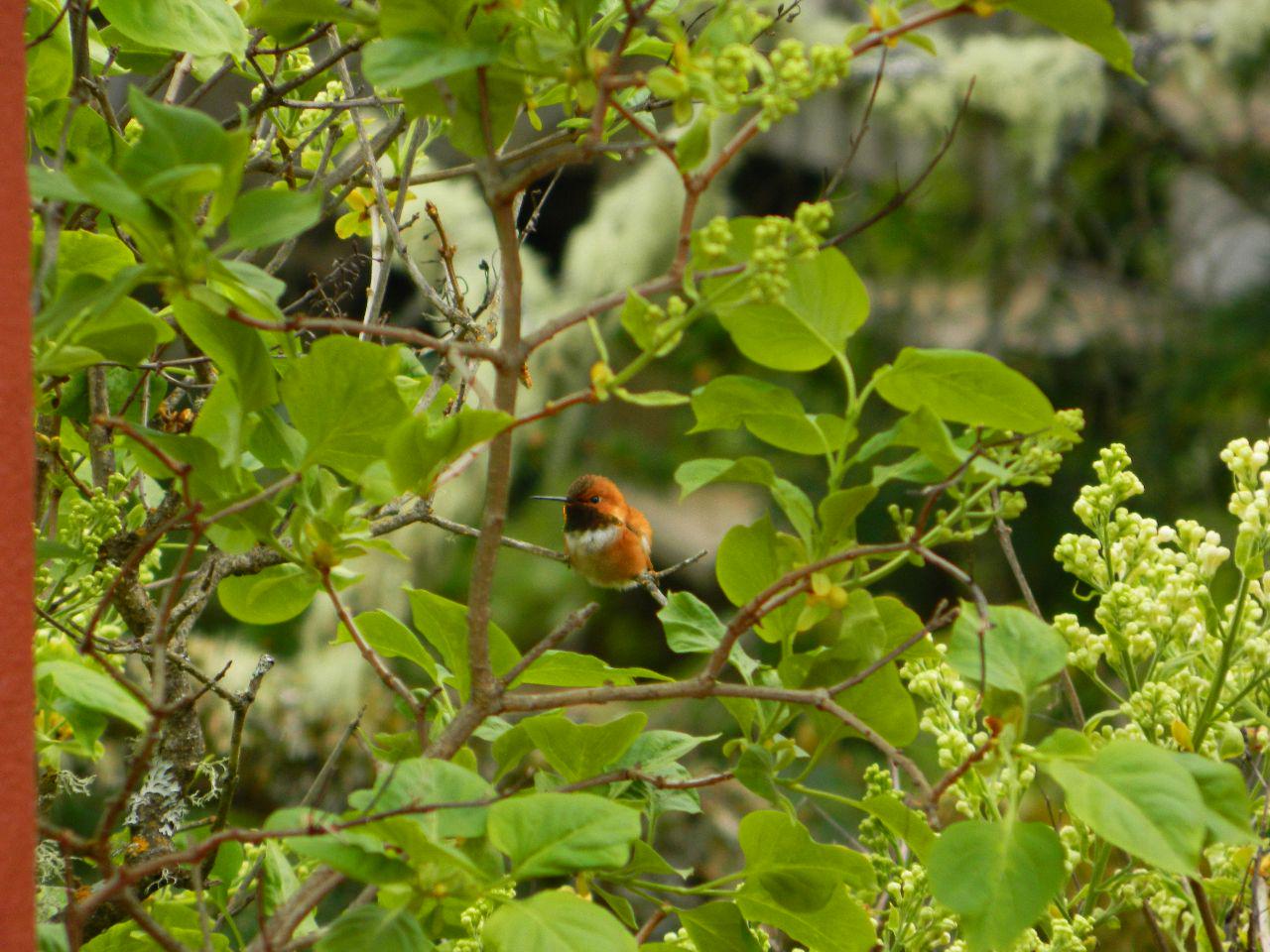 In honor of World Migratory Bird Day, here are a few photos of rufous hummingbirds (Selasphorus rufus) which have visited us here over the past couple of years. 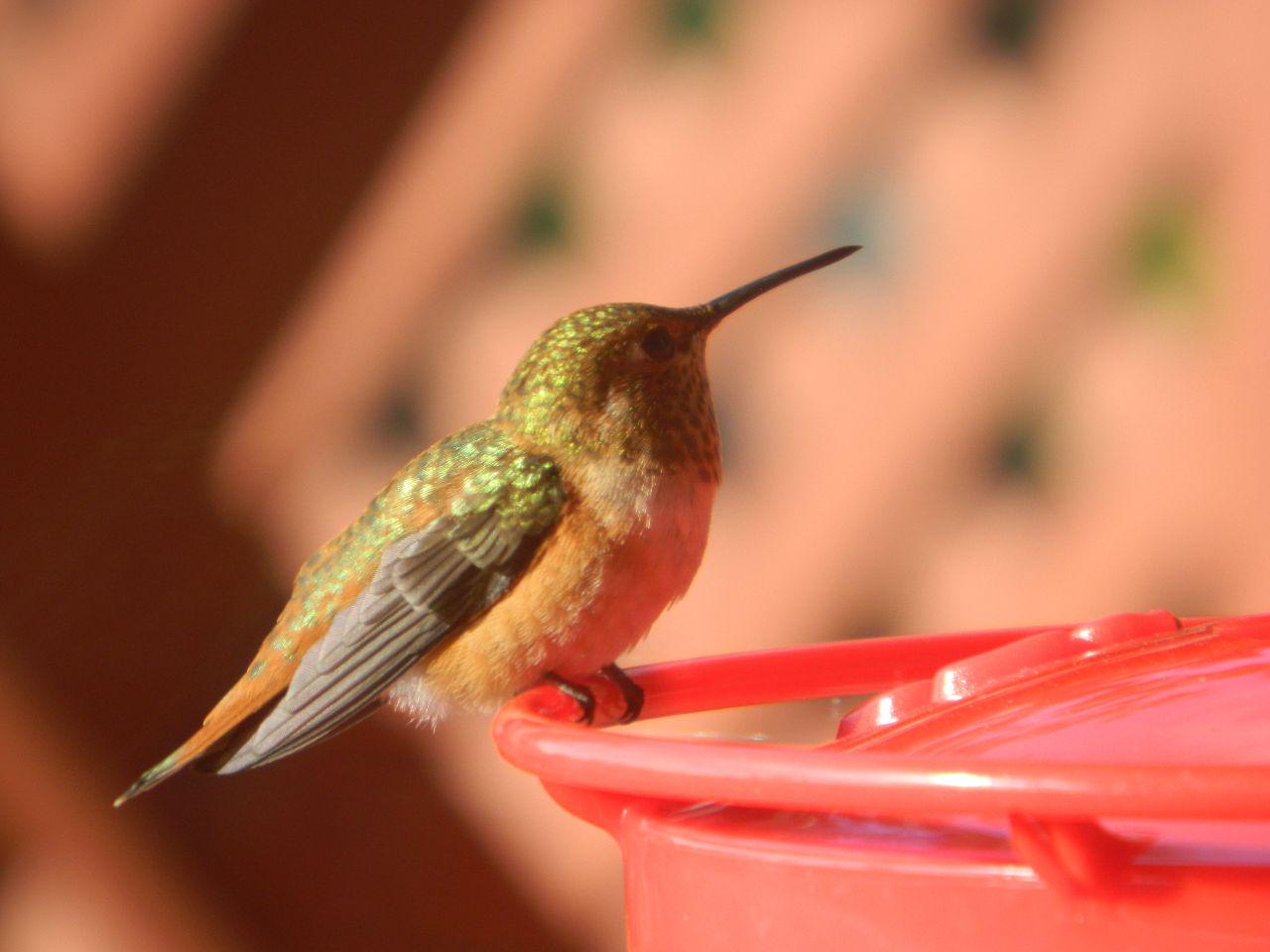 A female rufous enjoying a drink at one of our feeders*

This tiny dinosaur beats its wings up to 80 times per second(!), weighs about as much as a nickel, and travels nearly 4000 km (2500 miles) to get here from southern Mexico & the United States—giving it the longest migratory route of any bird relative to its size. (One particularly adventurous female rufous was recorded as traveling over 3,500 miles — which is equivalent to 78,470,000 body lengths!). To make this journey, they've developed an incredible memory which brings them back to the same flowers and feeders every year.

They arrive in our area in April and stay here until late May, to breed & raise their young (in nests about 1½ inches wide!), and to feed on such native plants as red-flowering currant, salmonberry, honeysuckle, and arbutus. The males can be easily identified by their iridescent red throat and the buzzing trill made by their wings.

Listen closely for the buzz of a departing rufous after the singing robin:

Although rufouses are still widespread in North America, their population has declined over 60% since 1966, and they are currently listed as “Near Threatened” — a designation which identifies a plausible threat of extinction in the near future. In addition to urban development, climate change, and, potentially, pesticide use, rufouses also encounter heavy competition in our region from Anna's hummingbirds which have become year-round residents (adapting to winter feeding by humans).

~ “Wow! How can I convince hummingbirds to visit me?”

*If you want to attract hummingbirds (rufous or otherwise) to your home, feeders are cheap, but be sure to make your own nectar only using 1-part refined white sugar to 4-parts water (e.g. ¼ cup sugar, 1 cup water) — no red dyes! 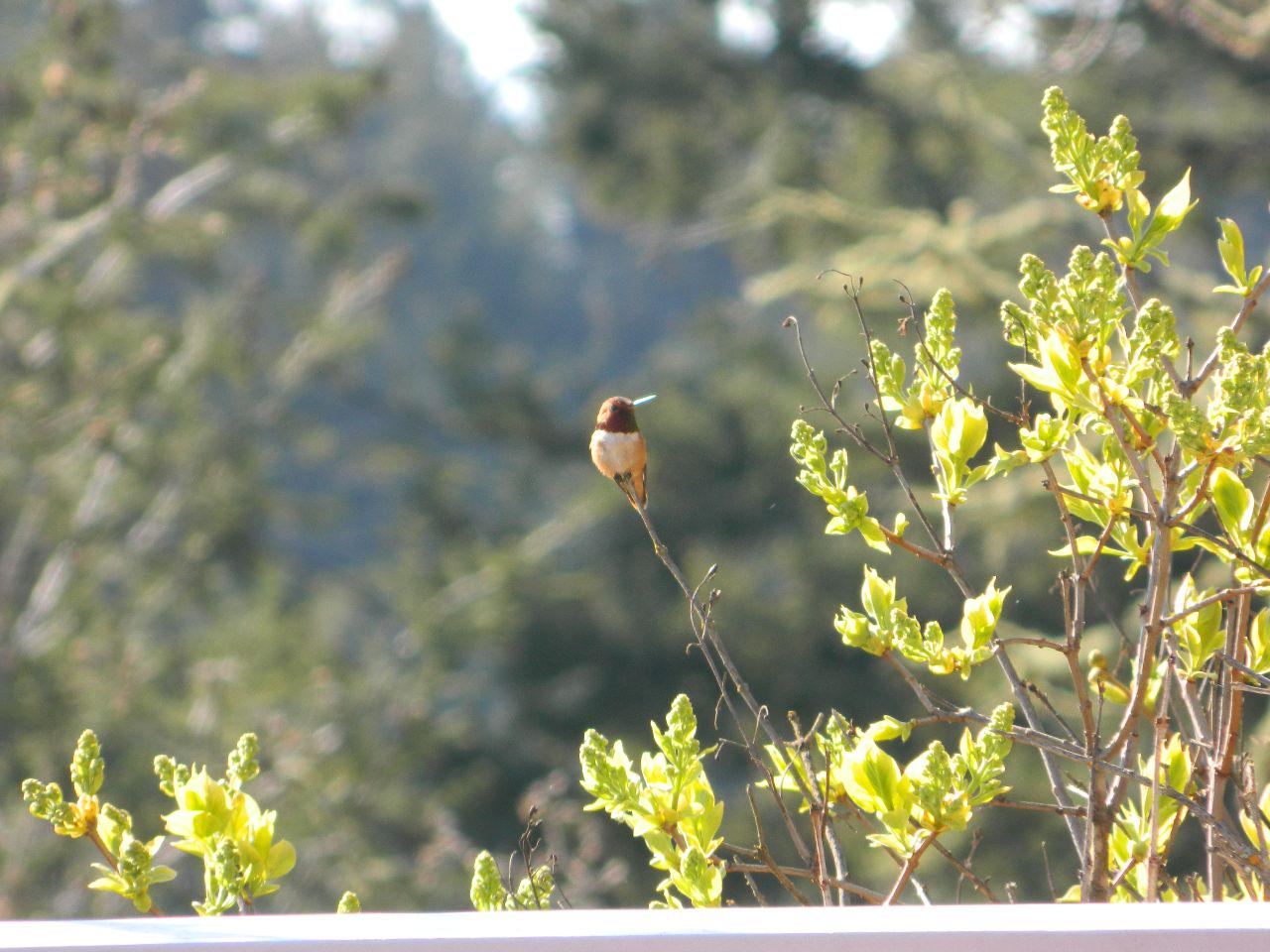