While closely inspecting some shingles this spring, I came upon this scene that looked as though a spider was getting ready to hang its laundry out to dry: 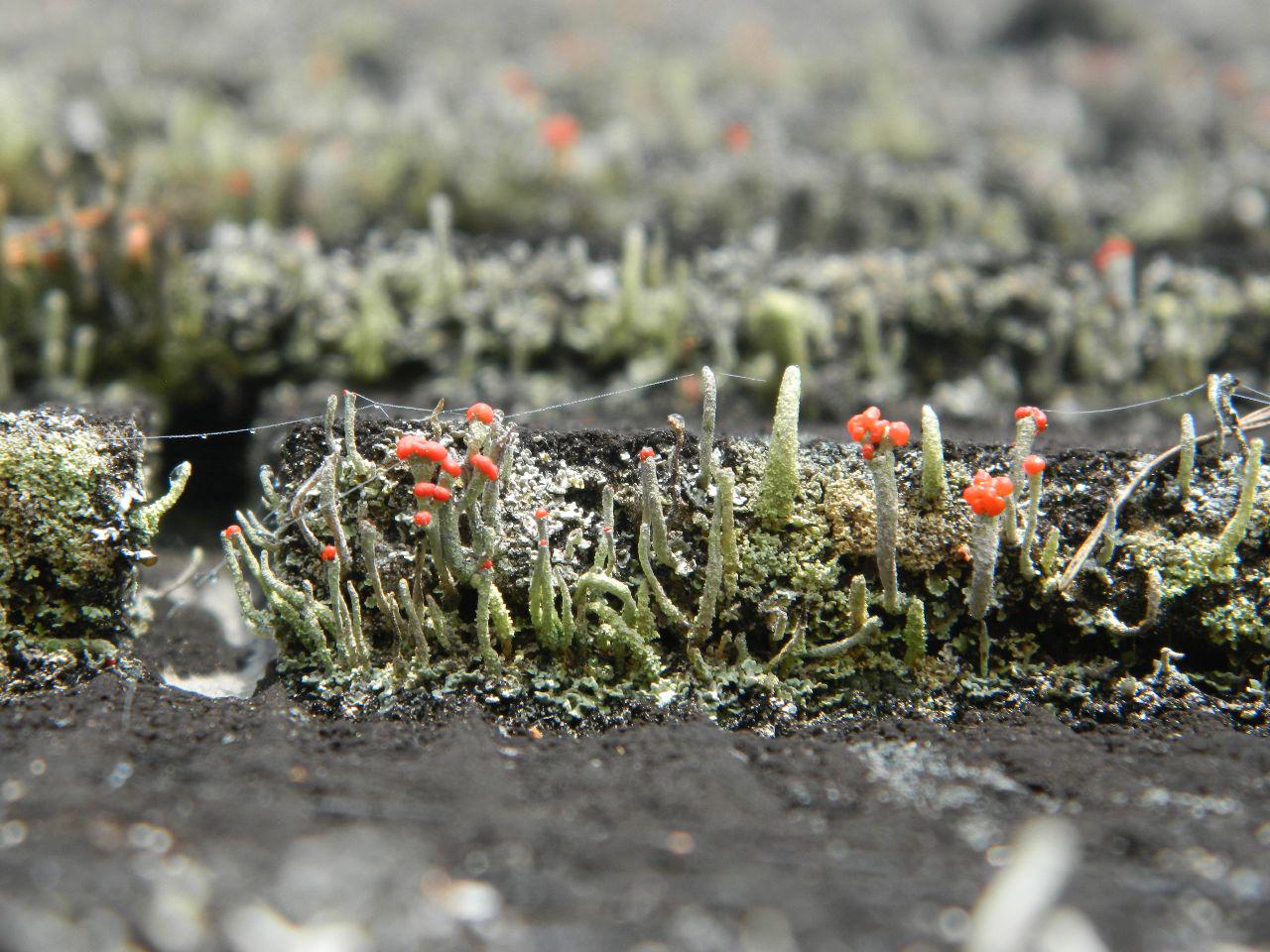 This is another Cladonia—meaning “club-like”—lichen, similar to the first in this series, the pixie cup. You can tell how this one got its common name, “lipstick powderhorn”:

The powdery horns, before applying lipstick: 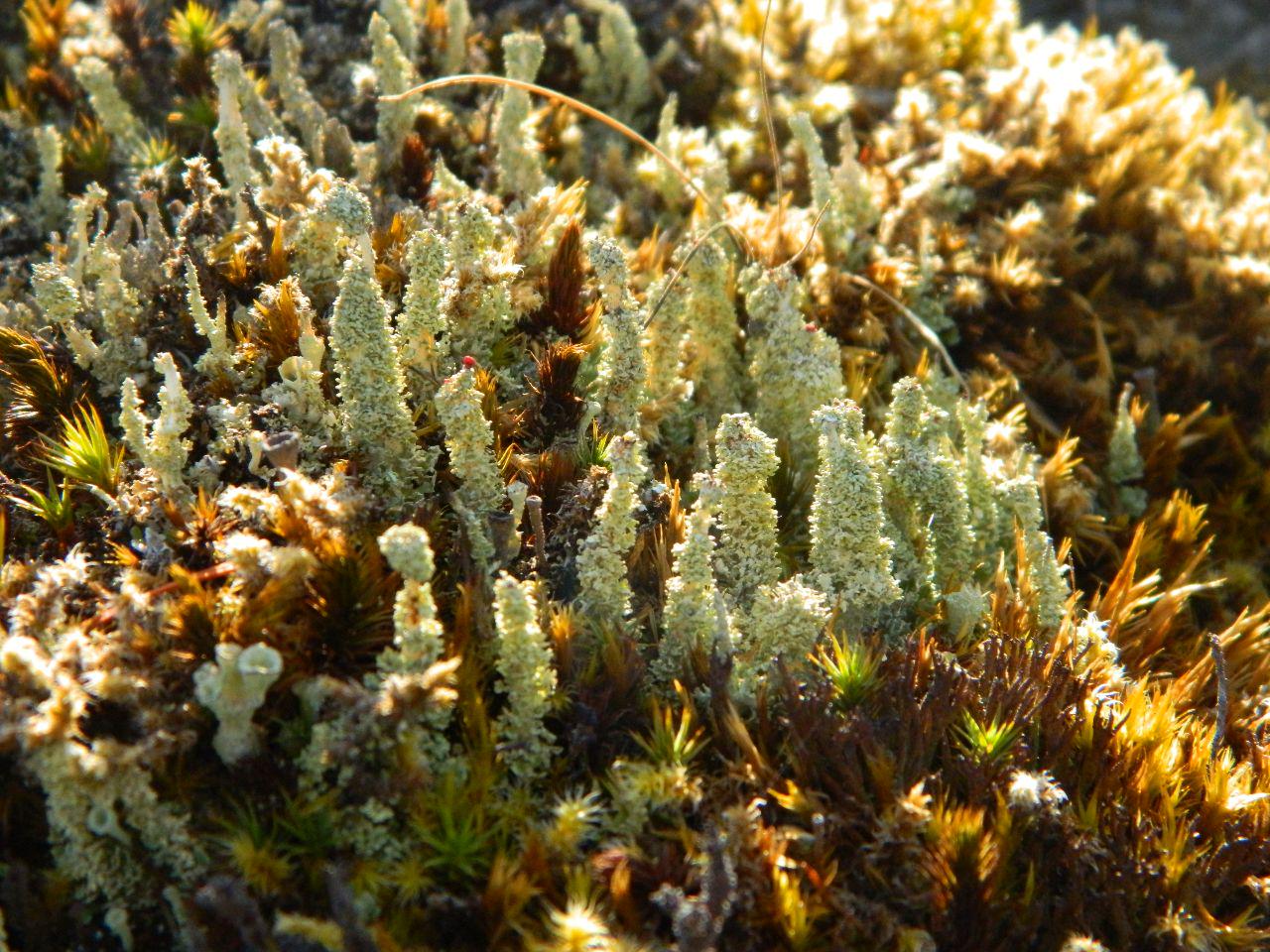 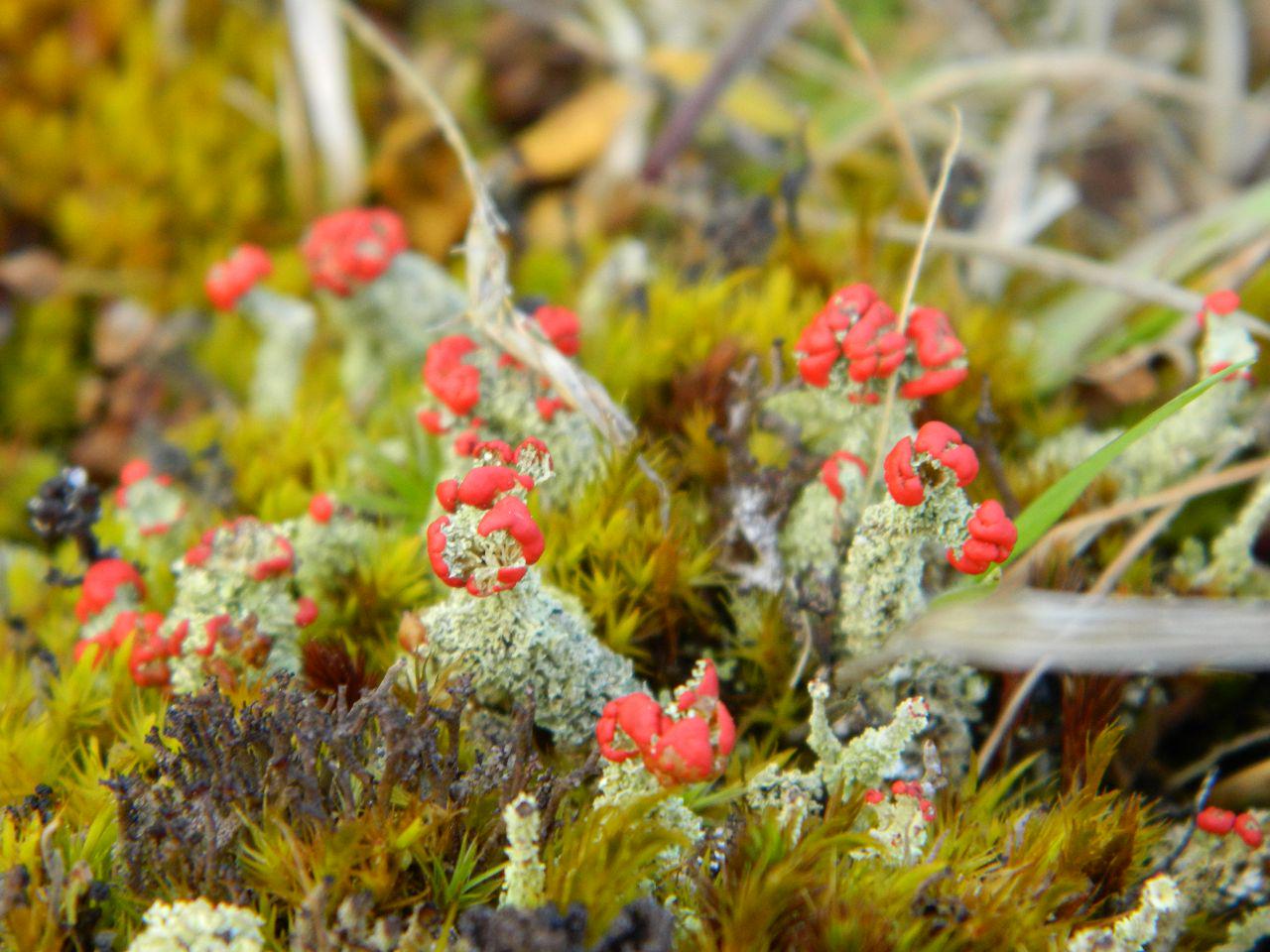 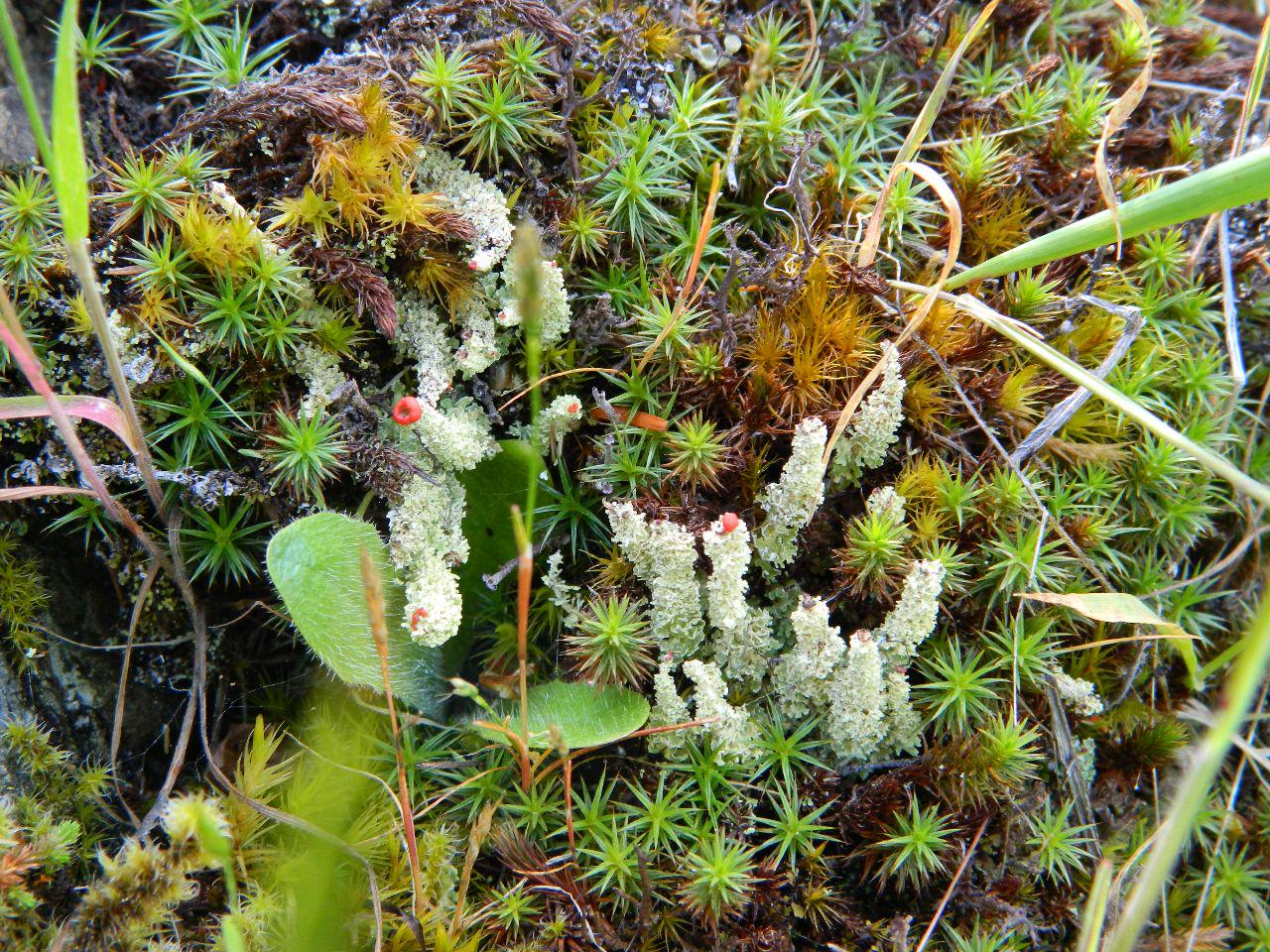 Mingling with the mosses

Disclaimer: I'm a lichen-newb, so these IDs are just to the best of my current knowledge and research. They could very well be other similar types of lichens. I'll update as I become more enlichened!