Due to the current heat-spells in our region, we haven't been able to spend as much time as we'd like observing who's been buzzing and fluttering around our flowers during this year's Pollinator Week. Instead, we took to the shade and comfort of our workshop to continue our Little Paintings series. We each chose a species that caught our fancy and spent some quality time interpreting their likenesses and doing some deeper research into their lives & habits.

Here's a peek at our colour-testing sheets for the portraits— read on to see the results... 🌼 🐝- – -

Peekaboo! This little fuzzlet visited us last year at the end of July, perched atop a lilac leaf. Lucky for us, Woodland Skippers are known to be more approachable than others in their family (Hesperiinae)—perfect for close-up adoration! 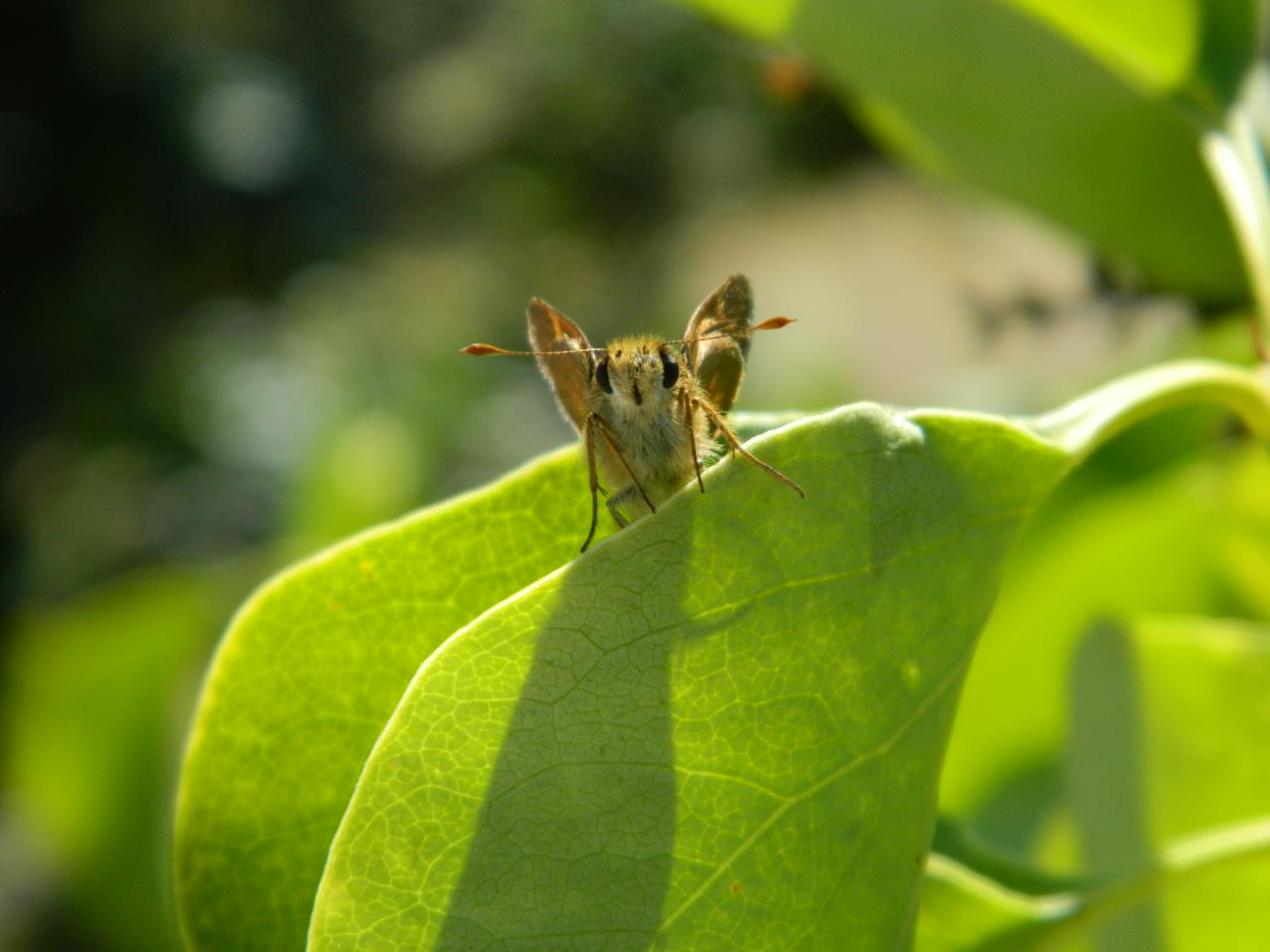 Because of their stocky, hairy bodies and shorter wing spans, Woodland Skippers are often confused for moths, but they're actually butterflies! One giveaway is their antennae, which have the familiar “knobs” at the ends.

Those of us in the Pacific Northwest can expect to see these little cuties during their peak in August; however, their flight season is from June until the first hard frost.

One reason to keep your grasses growing tall is to host these skippers’ caterpillars who feed on them— especially broad-leaved grasses. When it comes time to choose which flowers to sip from, the adult butterflies are nectar-generalists, unlike most butterflies, who tend to be picky eaters.

Speaking of sipping, here's a fascinating note on the proboscis of a butterfly: before emerging from its chrysalis, the butterfly's curly-cue “tongue” is actually split into two halves—like a curly straw cut in half lengthwise—for an easier fit inside the chrysalis. Shortly after emerging, they “zip” the two halves together by repeatedly curling and uncurling the spirals—think blowing into a party horn—forming their tubular nectar-sipping apparatus, called the galea. Recommended watching: this relaxing video of a skipper working its proboscis along to some magical harp music! 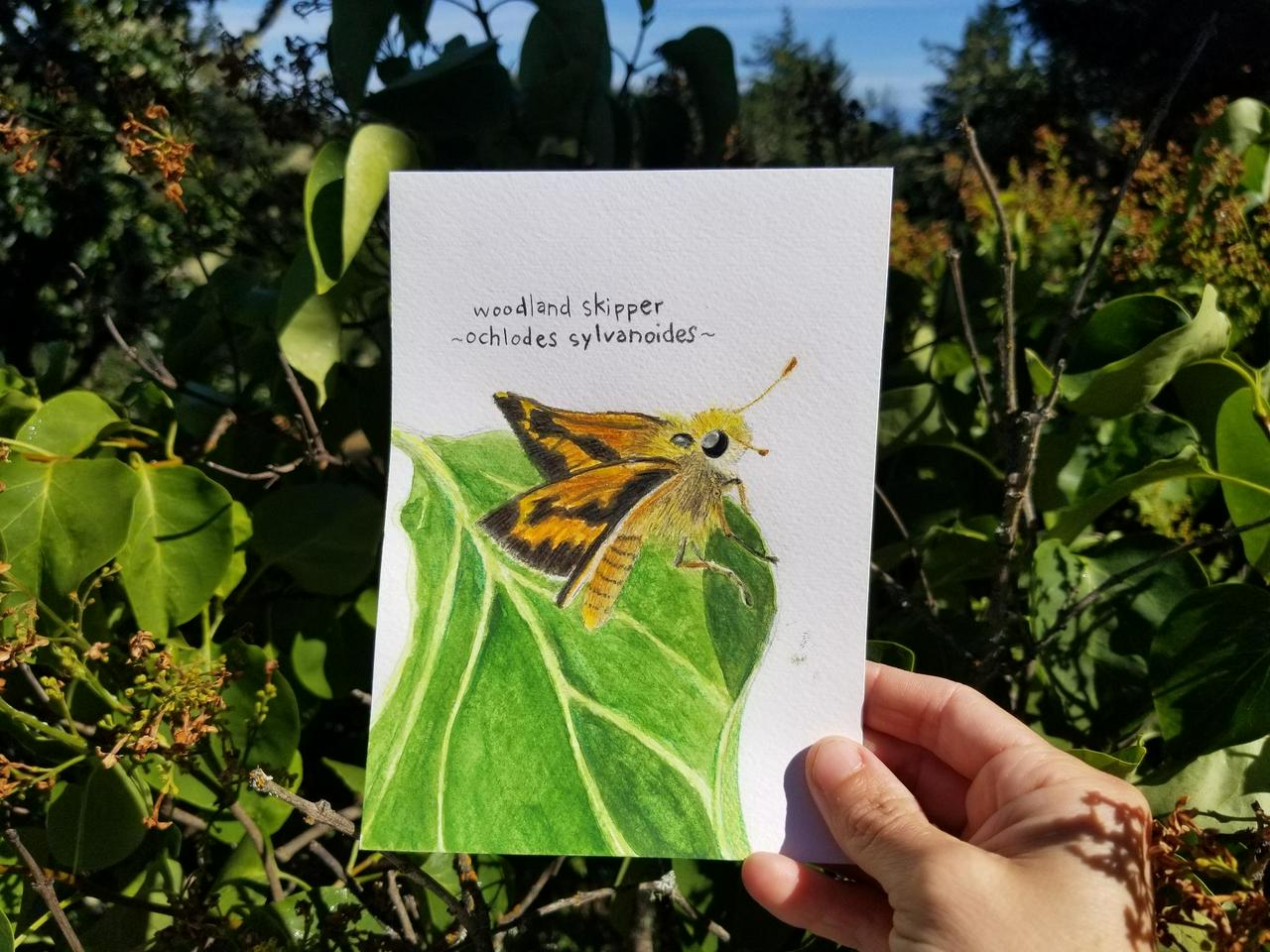 About a month ago, I spotted a very small bee with a large pollen load foraging eagerly on a flowering camas. After consulting our recently-acquired copy of The Bees In Your Backyard (a wonderful resource), I discovered that it comes from the Halictidae family—more commonly known as the “sweat bees”, due to some halictids' tendency to lick the sweat from human skin (and sip tears) for the moisture and electrolytes. 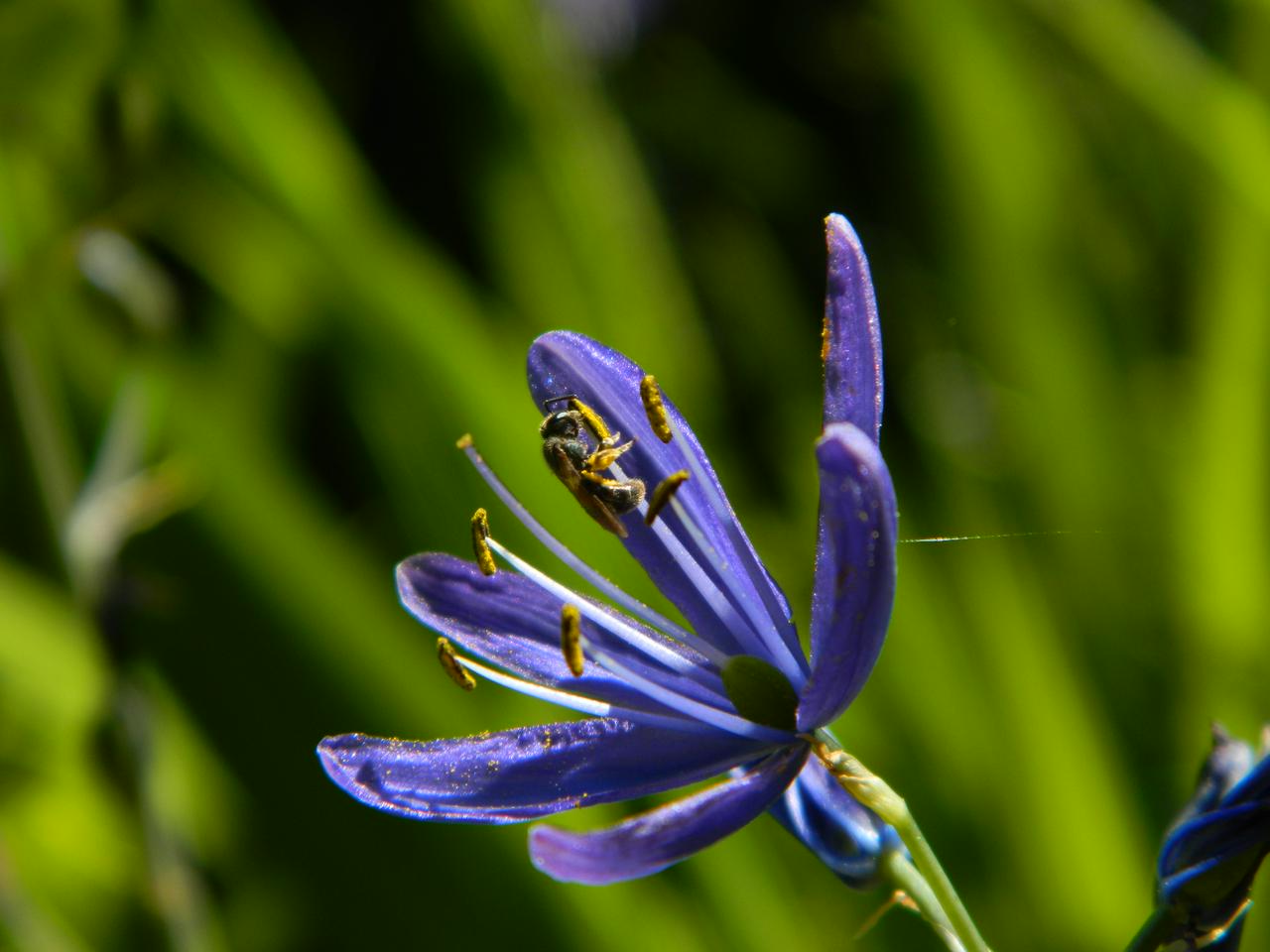 This sweat bee in particular appears to be a female of the subgenus Lasioglossum (Dialictus). Males have much longer antennae.

The largest sweat bees may only be around half an inch long, but don't let their small size fool you. Like other bees, these important pollinators are still able to carry large loads of pollen thanks to the electrostatically-charged hairs on their legs & bodies.

The Lasioglossum genus contains the largest number of bee species in the world, and some of the smallest bees in Canada & the United States. Their colors range from shiny metallic green, blue and red to duller brown, and they have longer, thinner bodies than many other bees.

They also exhibit a wide range of fascinating social behaviors (one in particular which caught my eye: workers and queens are only distinguished by behavior, and thus any worker can become a queen). Though typically solitary ground-nesters, they'll sometimes nest in wood, and occasionally form 'neighborhoods' for protection. That being said, they are very docile and almost never sting humans (unless attacked). So the next time you see a hole in the ground, tread carefully because it might be where a tiny pollinator is raising her young! 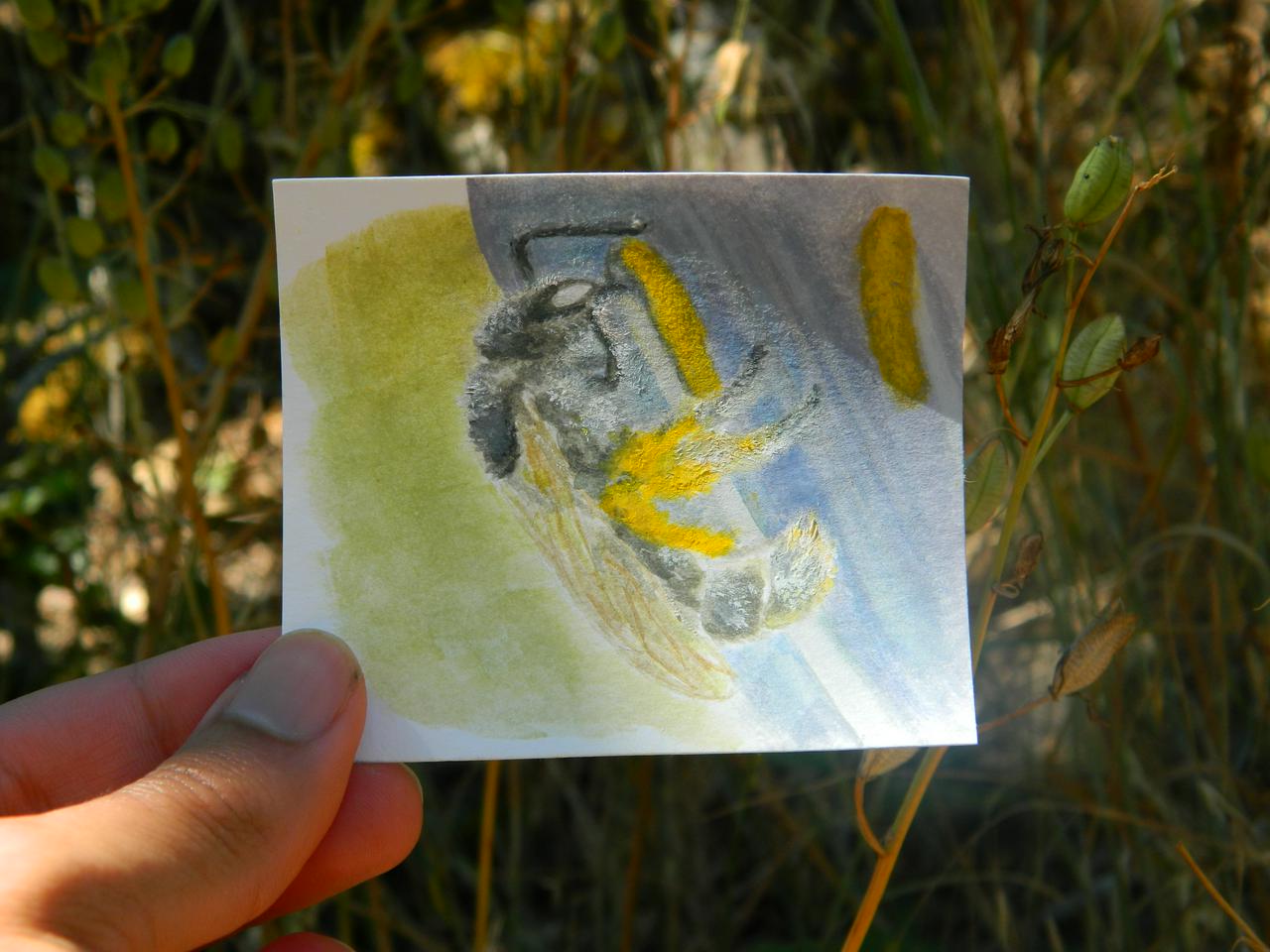 Pollinator Week may be officially coming to a close for this year, but we'll continue to learn more about how we can support our local pollinators over the months (and years) to come.

You can peruse our other pollinator posts here, or follow along with our research about butterflies, bees, & wanna-bees, and gardening for pollinators through our Are.na collections.