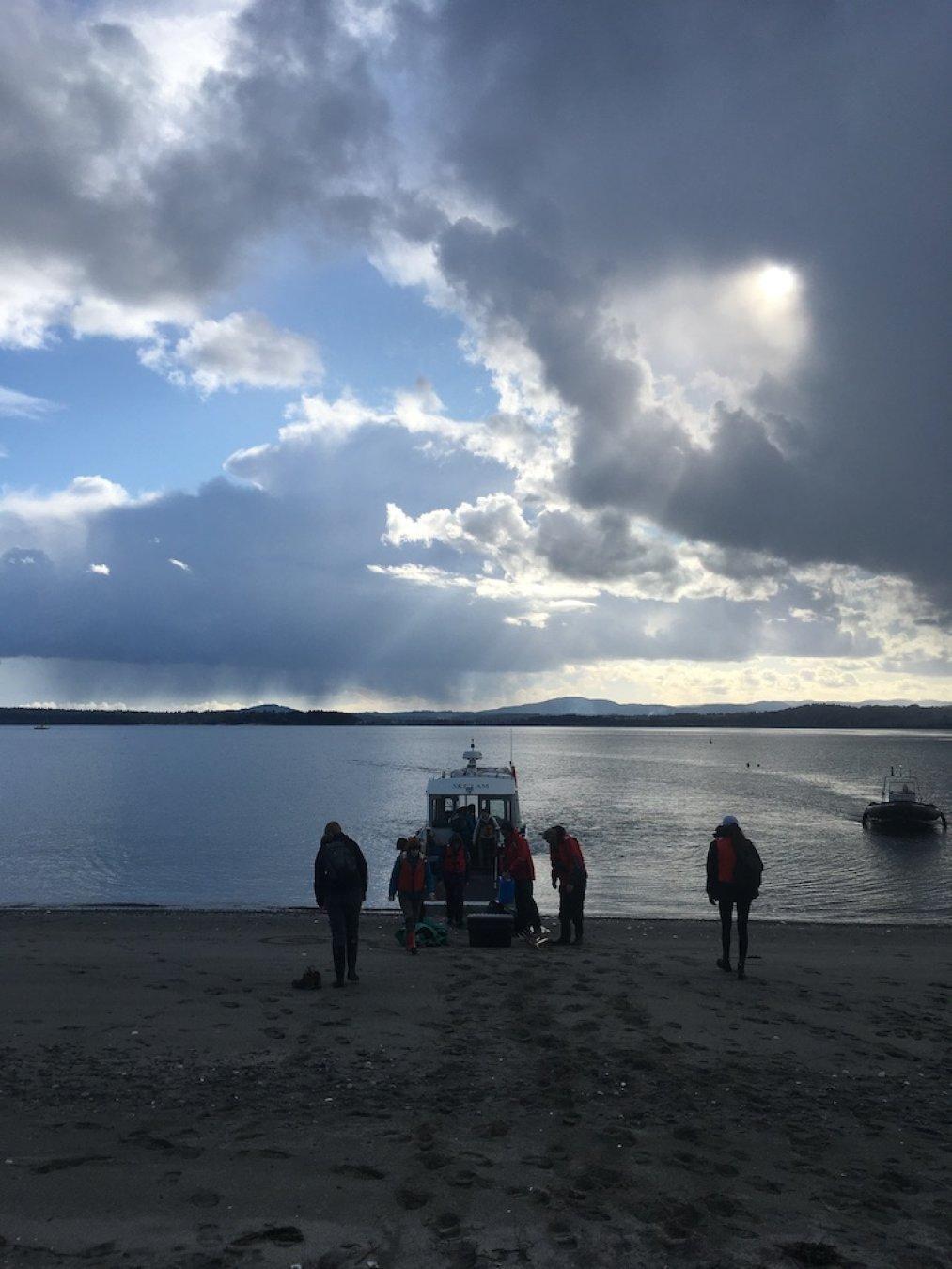 Yesterday, Kate & I had an opportunity to do some restoration #volunteering with the Gulf Islands National Park Reserve on a beautiful tear-drop-shaped spit jutting out from Sidney Island which is home to a coastal sand ecosystem (rare in this region) which hosts several at-risk species such as the contorted-pod evening-primrose, Edwards' beach moth, & the ground-nesting (deceptively-named) common nighthawk. 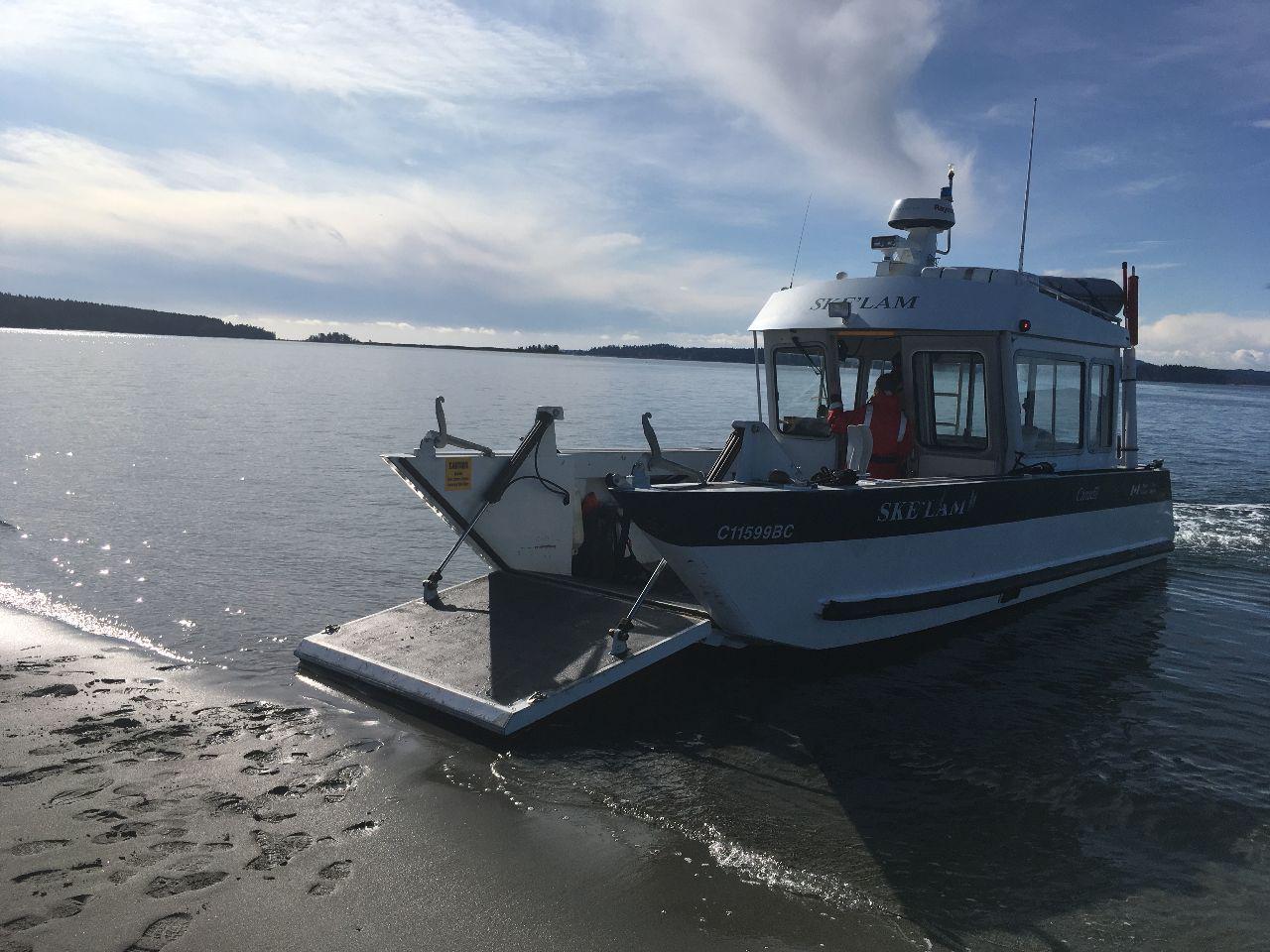 A group of about 20 of us took three small boats out to the spit – which is disconnected from the main island at high tide – and spent about 5 hours pulling invasive European beach grass (see hut-like mounds in photo below) which is choking out the native plants and grasses. Previously, the spit had been overtaken by a thick forest of invasive Scotch broom, which has been almost completely removed thanks to several years of restoration work.

Note: I only took a few photos (I'm actually trying to wean myself off of photography this year, and shift over to sketches, illustrations, & paintings of things I want to remember / reflect upon) – but have a few to share here. 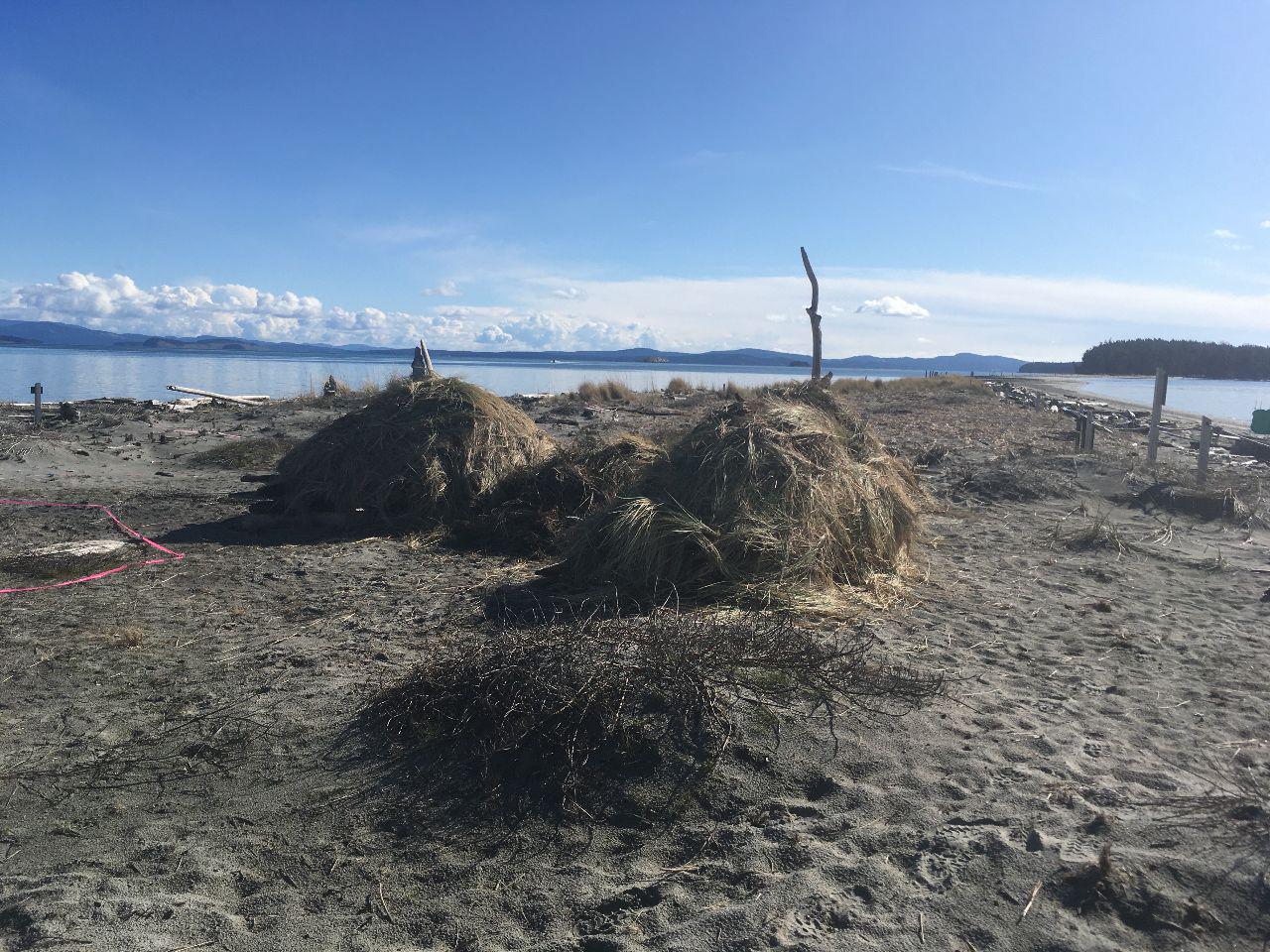 The past week here has been pretty rainy and windy, so we'd layered up in preparation for a potentially chilly day, but were delighted to be met by warm sunshine for most of the day and a gorgeous, shifting cloudscape. There was only a short flurry of rain at one point, which brought us a nice rainbow to enjoy while working.

As we pulled our way through a sea of invasive and native grasses (grass identification is such an art), we were serenaded by a happy-looking song sparrow perched on a nearby tree and had an opportunity to do some #bird-noticing with a seasoned birder, whose scope gave us a closer look at congregating Brant geese and shoreline-scurrying sanderlings – both of which are currently making their way back up to their Arctic breeding grounds. We also spotted red-breasted mergansers, buffleheads, surf scoters, and, of course, lots of gulls & cormorants. At one point, an otter also came ambling onto the spit with its lunch (and left us some scat to examine later).

Sadly, this region is also highly-disturbed by foot traffic and dogs during the warmer months of the year, which is one of the primary reasons why the National Park Reserve is restricting public access to especially sensitive areas, and working hard to educate people about this ecosystem & how we can co-exist more sustainably with it (p.s. this type of restoration work is only done there during less ecologically-active times of the year). One of the team leaders told us a story about a situation some summers ago when people were playing volleyball over a frightened nighthawk which was huddled over its nest. Due to its camouflaged plumage, the volleyballers had been unaware of its presence, but the story highlights how blind we often are to our non-human neighbors. (A fellow volunteer was surprised to learn of the impact that dogs have on habitats & species. It never ceases to amaze me how many otherwise-ecologically-oriented people are blissfully ignorant of their pets' impact on the environment.)

Oh, and after a lifetime of misconception, I learned that the countless discarded crab shells lining many beaches are primarily from the molting process – whereas I had always thought the crabs either washed up dead there or were eaten by gulls & discarded. It's funny how these kinds of little ideas can stick in your mind for years and years and you might never question them (or speak of them aloud) because they seem so straightforward. Which reminds me... we also watched a gull swallow down a fairly large live crab at one point – which I find simultaneously amazing and disturbing to contemplate :V

All in all, we had a wonderful time and met some really lovely humans. Though the sky had grown darker & denser by the time we were heading back across the water, shards of light continued to trickle through cracks in the clouds to dazzling effect. Hopefully this is just the first of many trips back to the site to see the long-term impacts of these restoration efforts. 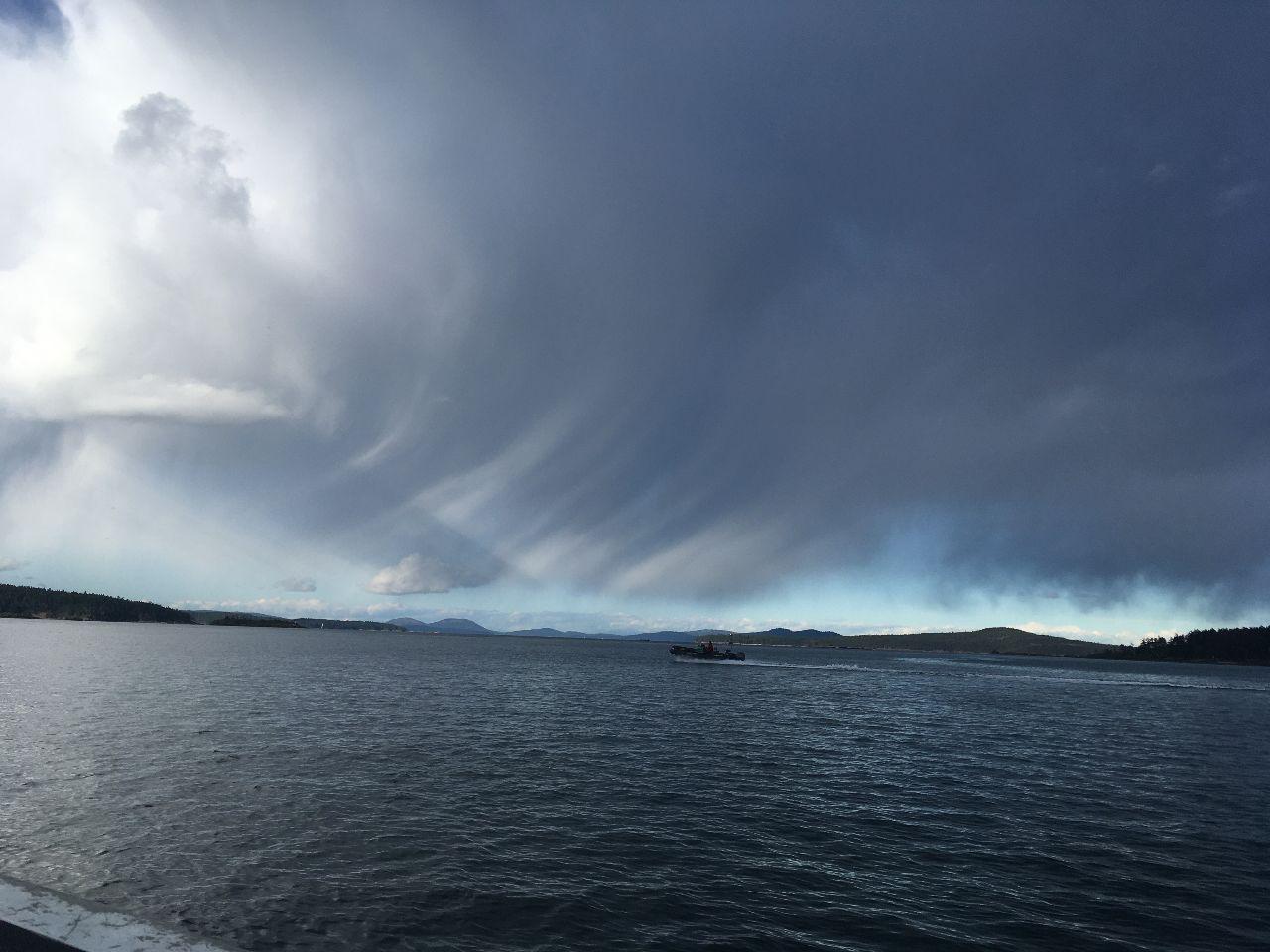 Originally posted in the Scuttleverse: