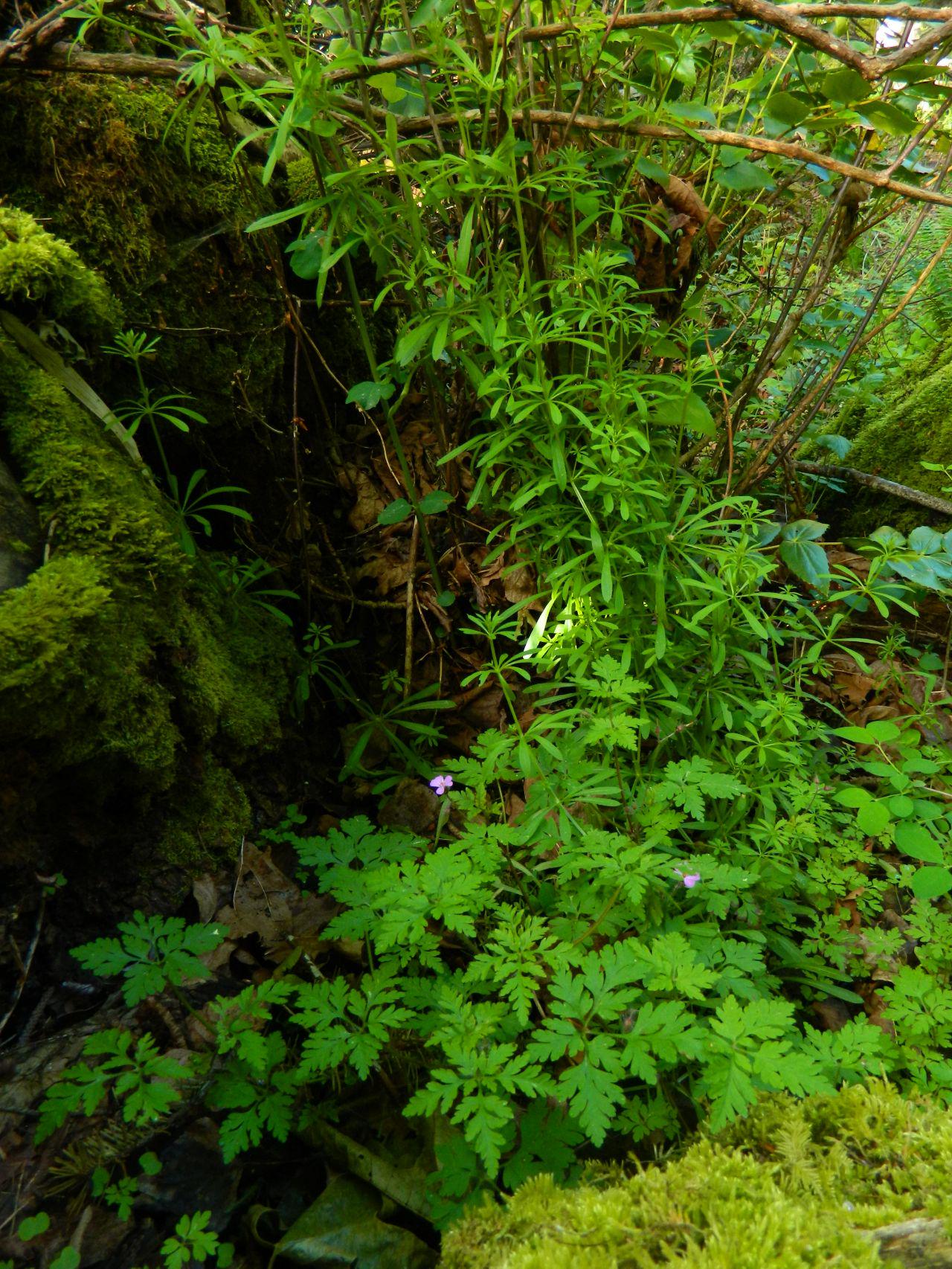 Stinky Bob & Sticky Willy — Forever personified in my mind as a pair of villains from an old Western film...

Over the past week, I've spent a fair deal of time tracking the now all-too-familiar scent of 'diesel and mint' around to discover the various shady hideouts of Stinky Bob (Sneaky Bob would also be appropriate...). Throughout much of that pursuit, a certain Sticky Willy has been frequently caught up in the mix with a lanky sprawl which got me wondering if these two are in cahoots to bully our native seedlings out.

Having previously read that despite being listed as regionally 'noxious', Willy isn't invasive, so I've let it be in certain areas. But after digging a bit deeper, I'm having second thoughts about this gangling herb. 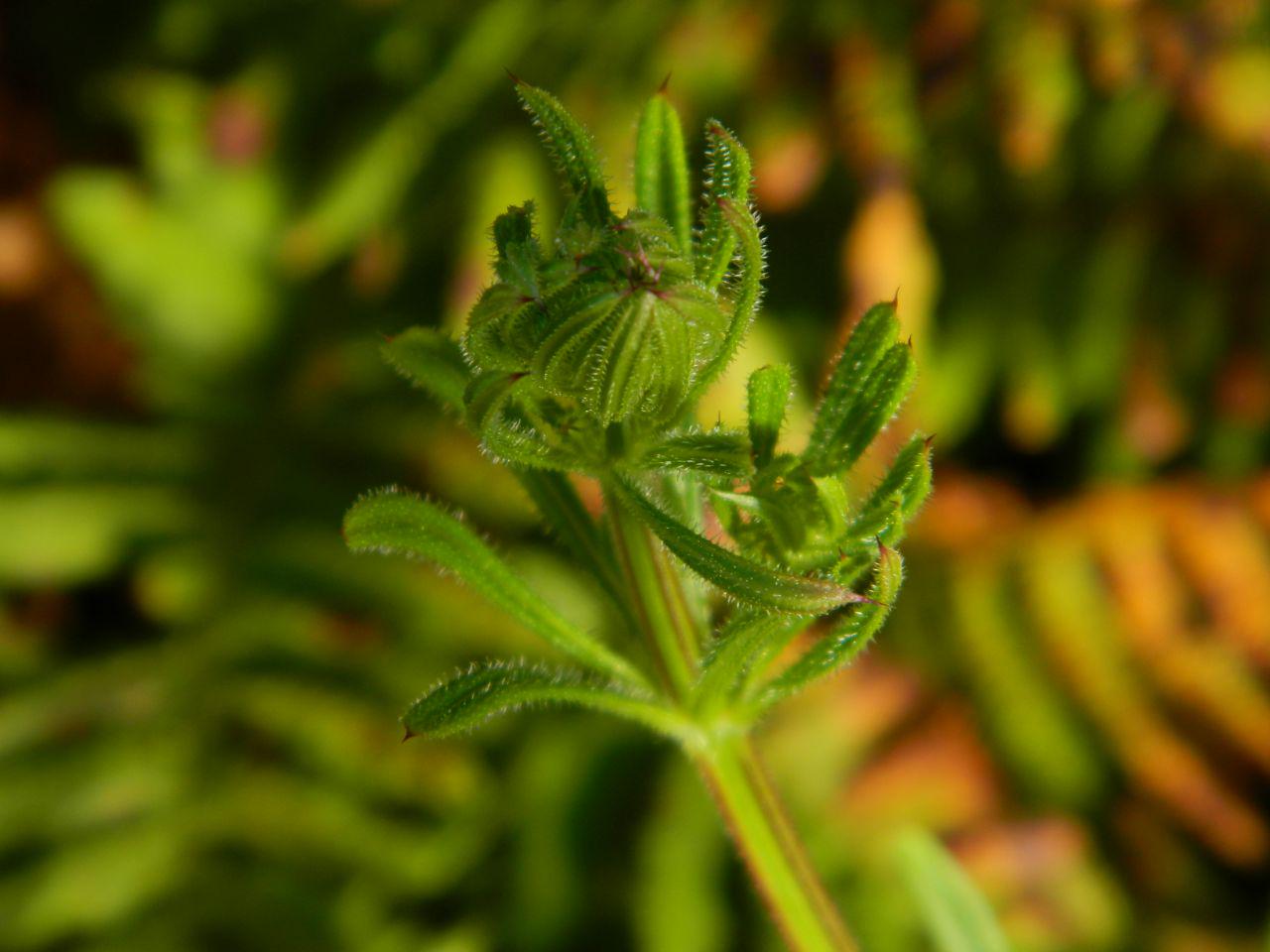 Alternatively known as goosegrass, bedstraw, love-man (hmm.), and everlasting friendship (no thanks), among other things, Sticky Willy is most commonly referred to in this region of the planet as “cleavers”. (Personally, I'm going to keep calling it Sticky Willy—because I can't get that personification out of my mind—and now also goosegrass—because I like the mental image of geese munching on its stringy appendages.)

If you dig into Willy's biography, you'll find a variety of opinions as to where this clingy climber originated*. Some say Europe, others say North America. Another intriguing theory is that Willy's seeds hitched a ride from Asia across the Bering Land Bridge on the fur of prehistoric animals. Either way, this plant is now widely-distributed throughout every continent on the planet except Antarctica. 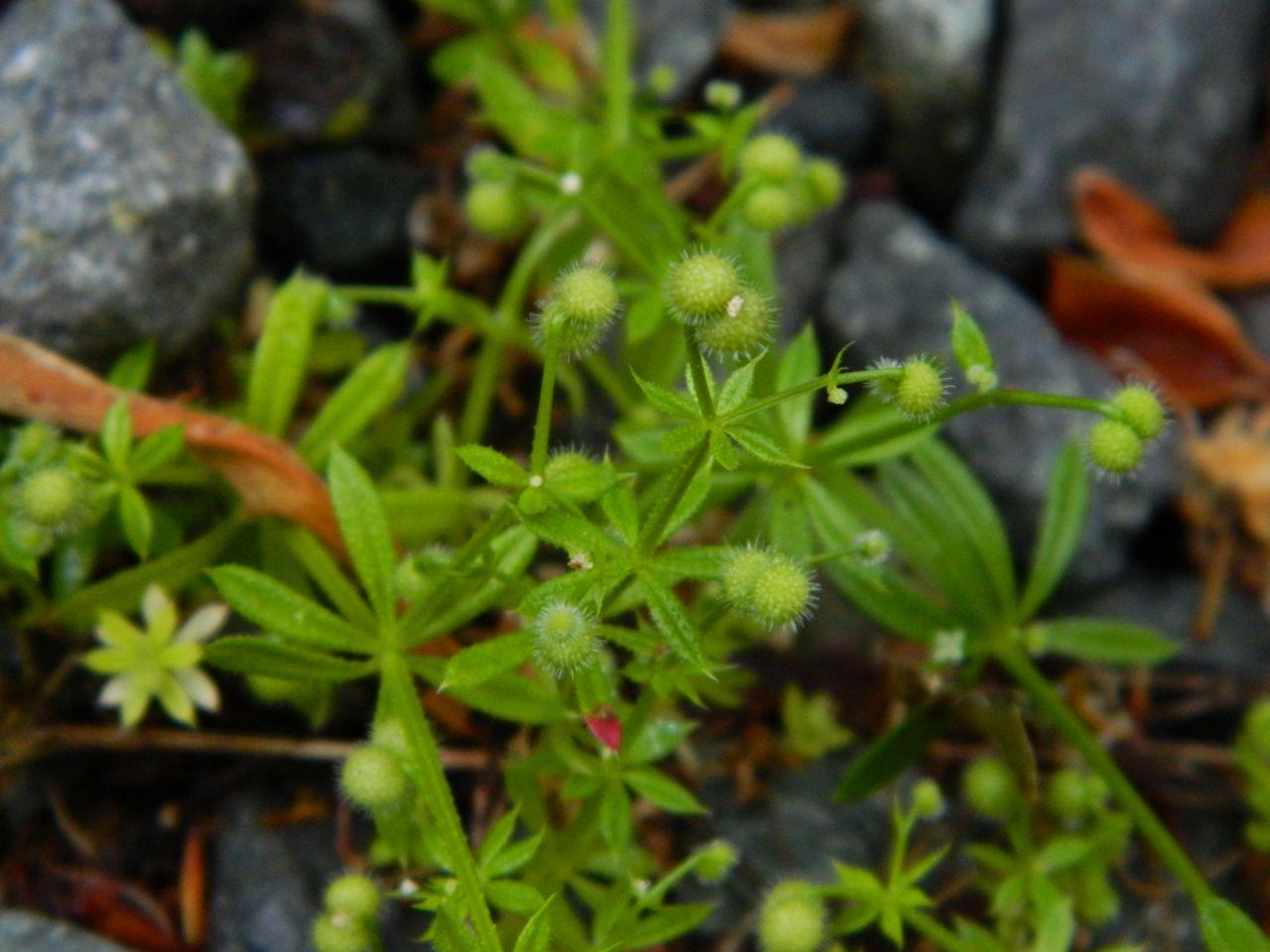 In terms of ecology & economy, Willy's 'velcro-like' seeds (up to 400 per plant), self-pollinating nature, quick growth, and high adaptability to a wide range of environments have made it especially troublesome for cereal crops such as wheat (potentially reducing yields 30%-60%). Of particular concern to us, it can also inhibit the germination of native plants, such as oak seedlings—which is one of our conservation focuses on Hum Hill.

From a foraging perspective, Sticky Willy has been used for a number of medicinal purposes, in teas, as a coffee substitute (its from they're from same plant family), and in various recipes. But be careful if you do decide to harvest this prickly plant, as its sap can cause skin irritation in humans.

I'll report back if we ever end up eating or drinking Willy (err... goosegrass) ourselves. Meanwhile, I think I'll continue to heed the warning of this greate little excerpt:

All the herbe, his branches, leaves, and sede, do cleave and sticke fast to every thing that it toucheth: it is so sharp, that being drawen along the tongue, it wil make it to bleede.

— A Neiwe Herball, or Historie of Plantes, D. Rembert Dodoens, 1578 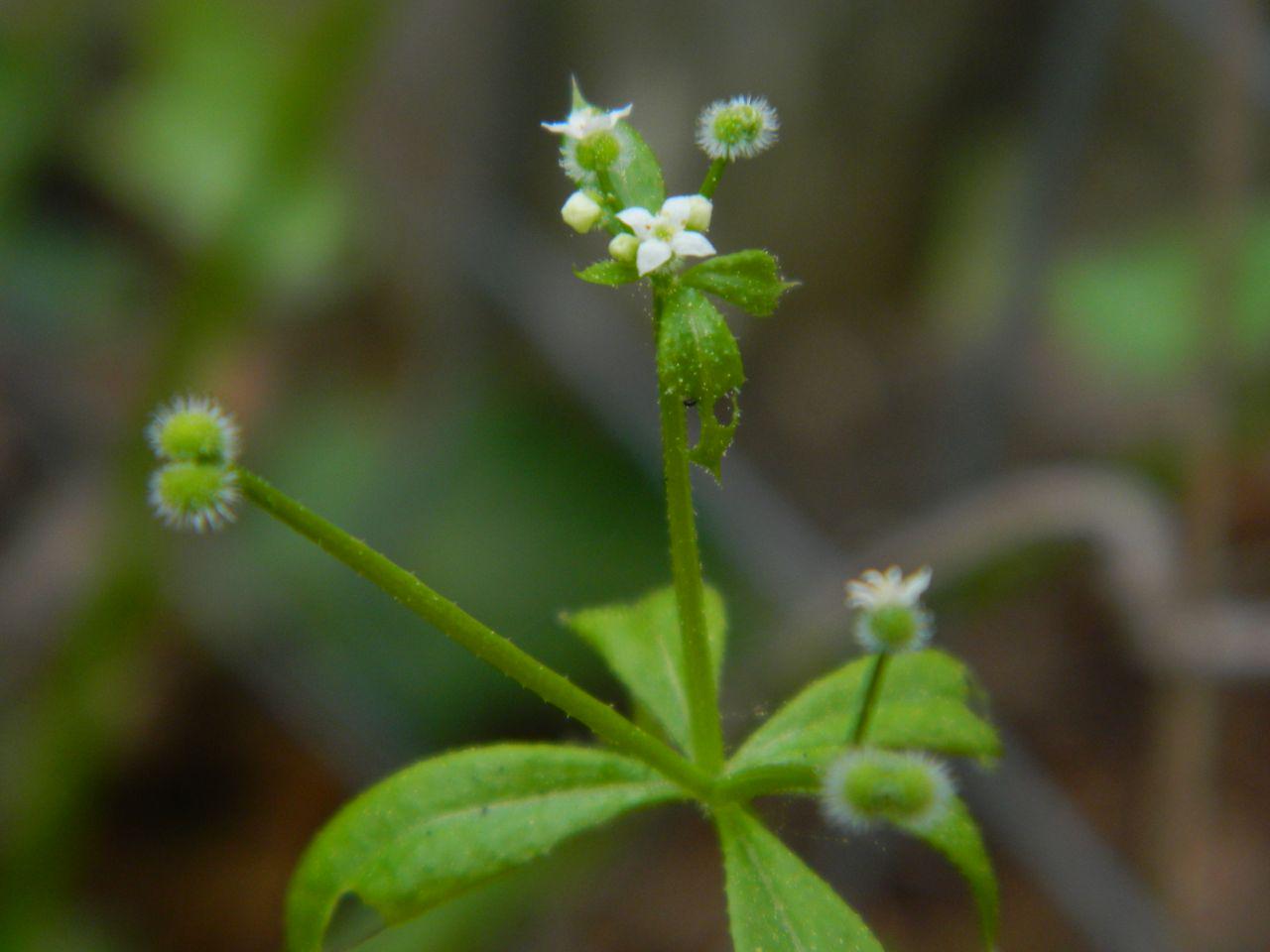 *Willy's characteristics & uncertain origins also prompt us with the epistomological quandry of what, exactly, we mean by “weeds”—a question to be untangled in a future post...