Last week, as we were working in the garden, we suddenly heard a loud, spooky & exasperated-sounding voice ask, “Who, who, who, WHO COOKS FOR YOOOOUUU?!”*

The answer to this question was perched upon the branch of a nearby Douglas-fir: 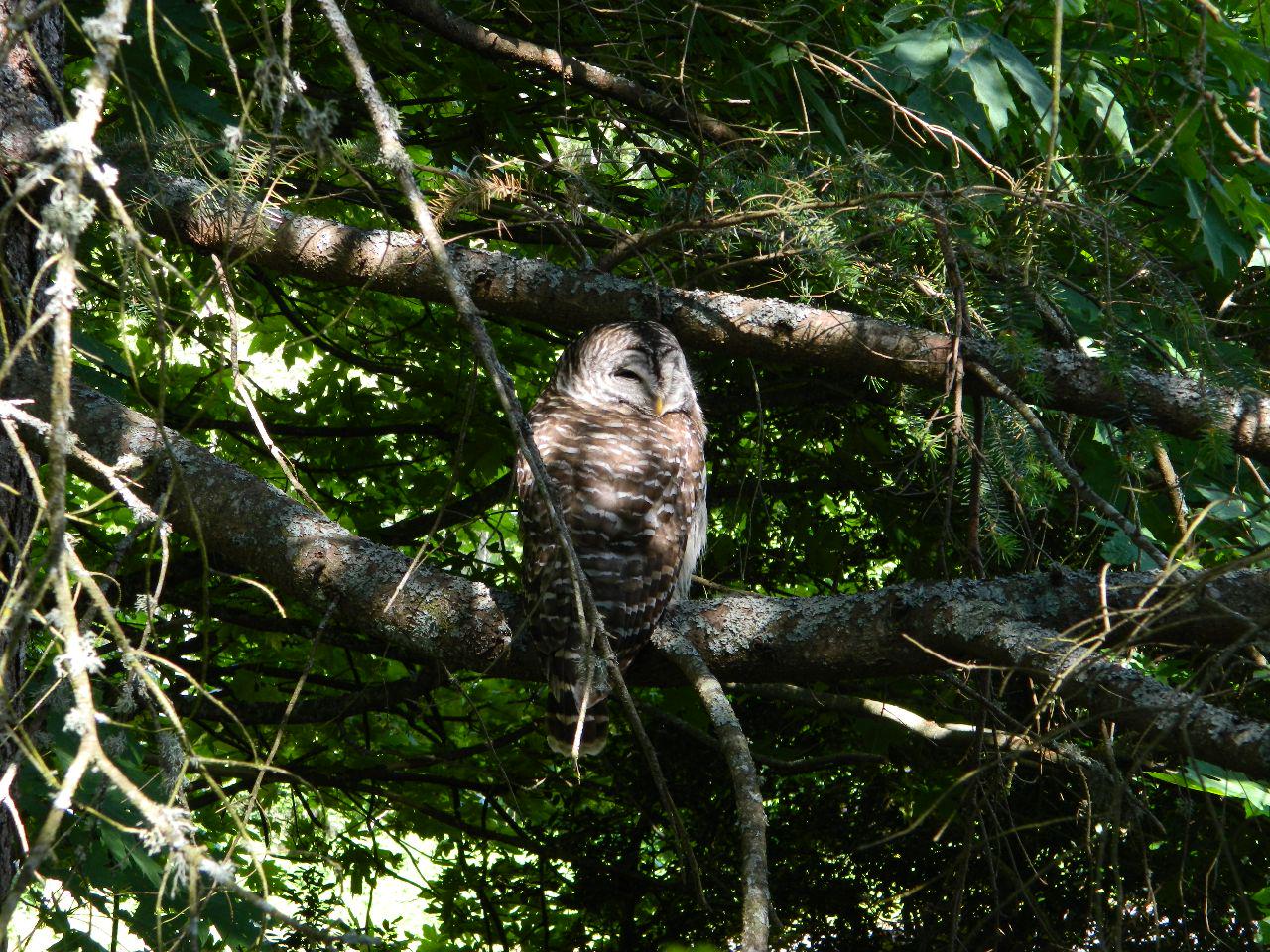 This barred owl looked as though it was trying to take a nap after a long night of hunting, and didn't seem to enjoy the noisy (un)welcoming party of a crow and robin who were at wit's end trying to protect their territory.

Then the hummingbird comedy duo came by, fearlessly and curiously inspecting this humbly-named “Superb Owl” inches from its face. Seán caught the scene on video, and had to shush me as I was squealing with delight at the hummers' bold actions: 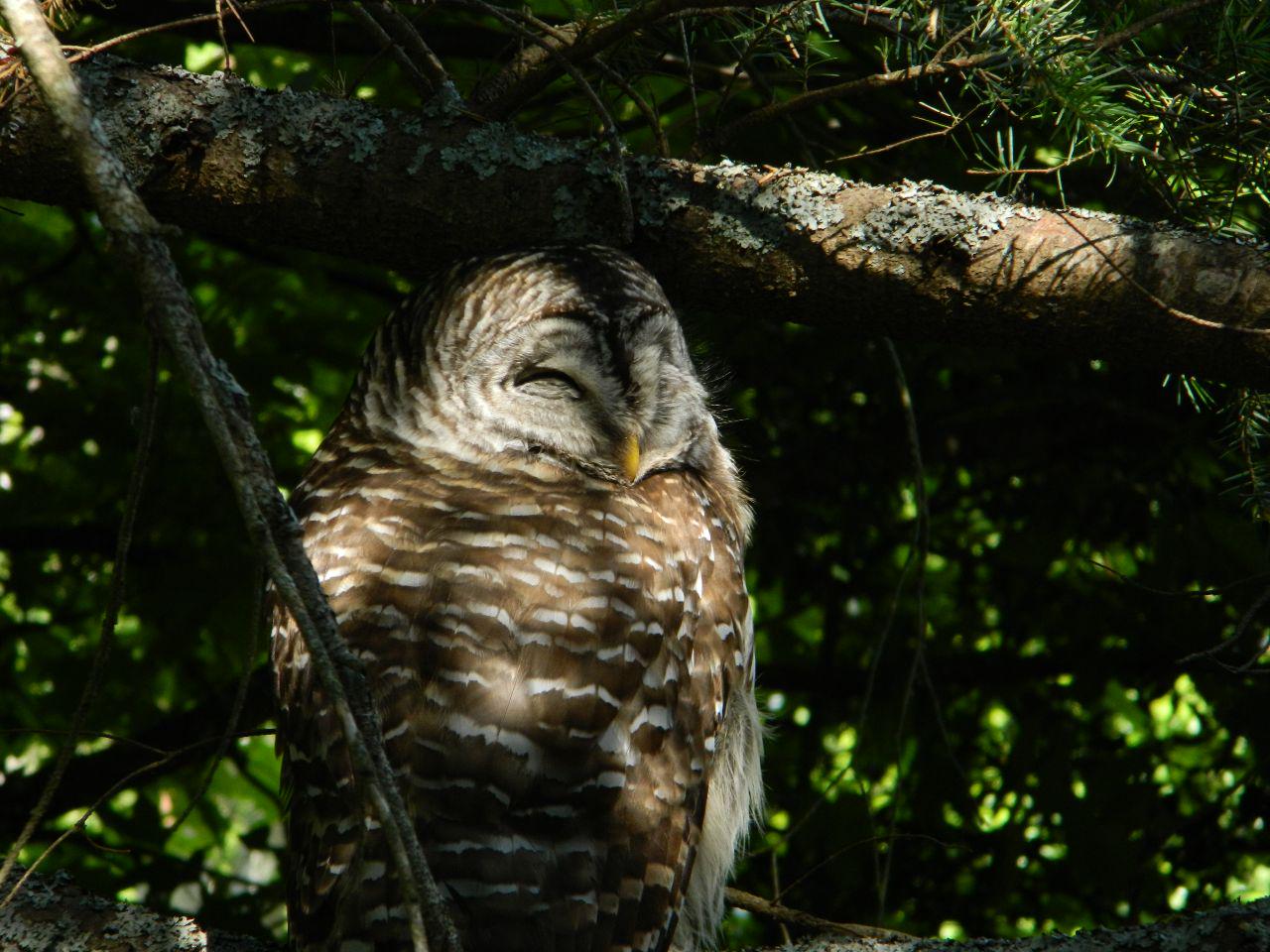 I love the neckline ruffles that makes it appear to be smiling :>)

It was amazing to watch it wink and blink its fully-feathered eyelids°.

Though this owl is fascinating to behold, it's also a species which has moved into this region fairly recently (in the 1970's) and whose rapid population expansion is a major cause of concern for conservationists, since it outcompetes and preys upon native strigiformes such as the western screech-owl (and the northern spotted owl, over on the mainland).

Nonetheless, it's impossible not to be awestruck by these incredible birds. 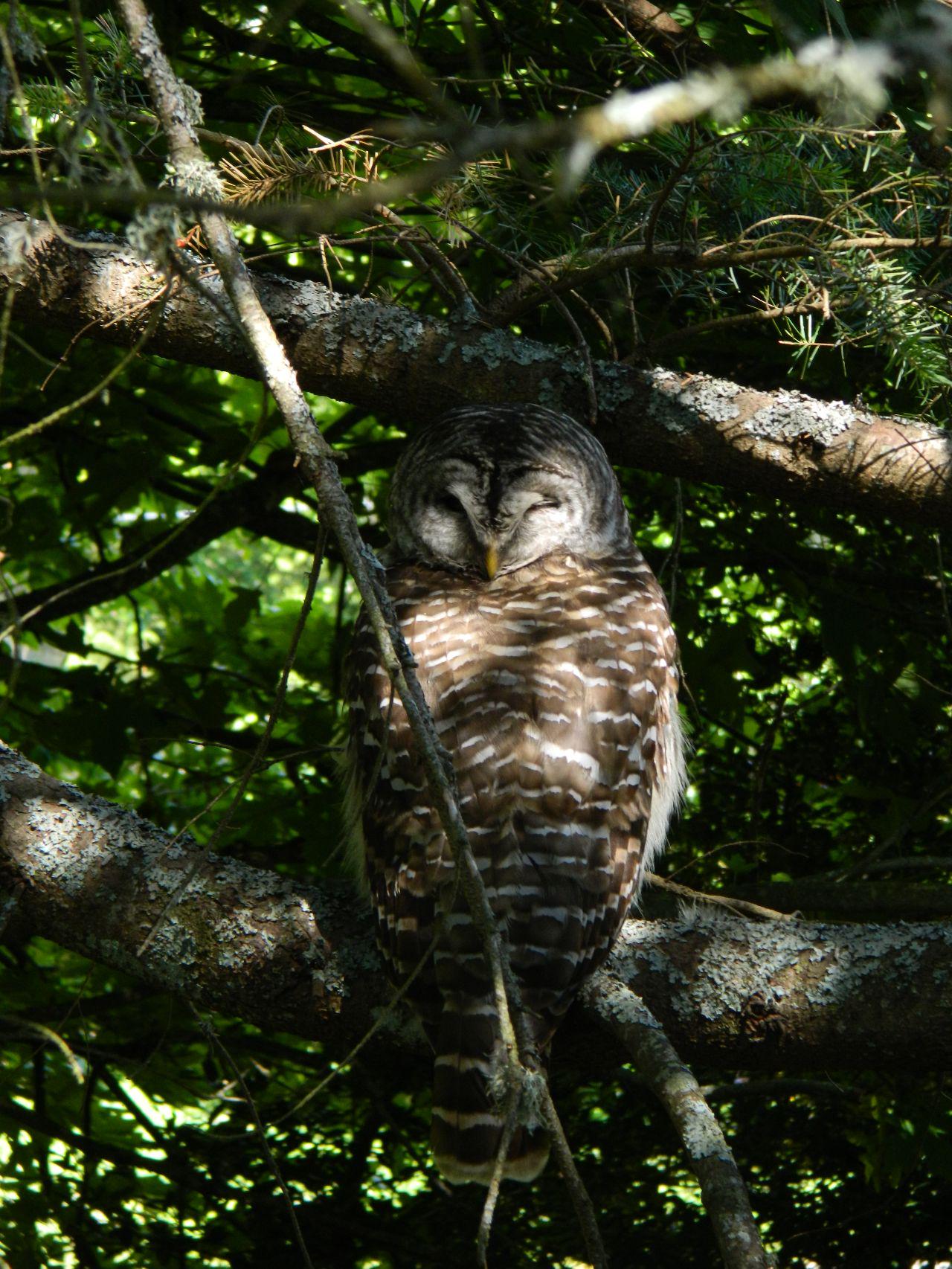 ° Through our research, we've since discovered that squinting can be an indication of stress in owls. In our excitement, we were probably too close for this bird's comfort, and plan to give other owls we encounter in the future more space.

~ You can learn more about owl observation etiquette here.

Last February, I returned home one day to be greeted by a great horned owl gazing down upon me from this very same tree (which I've now unofficially dubbed 'The Owl Tree'). Here's a photo taken through my car window: 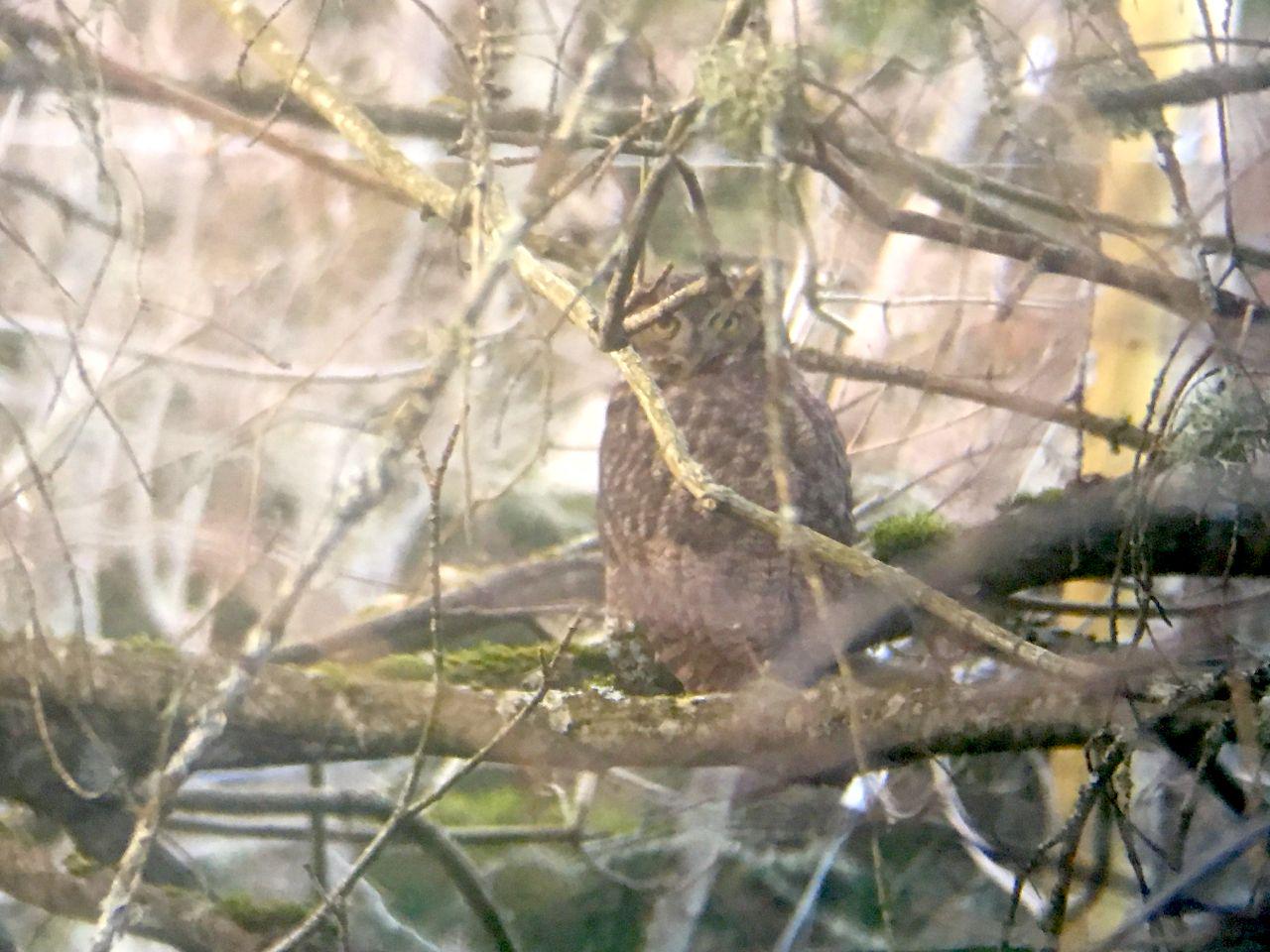