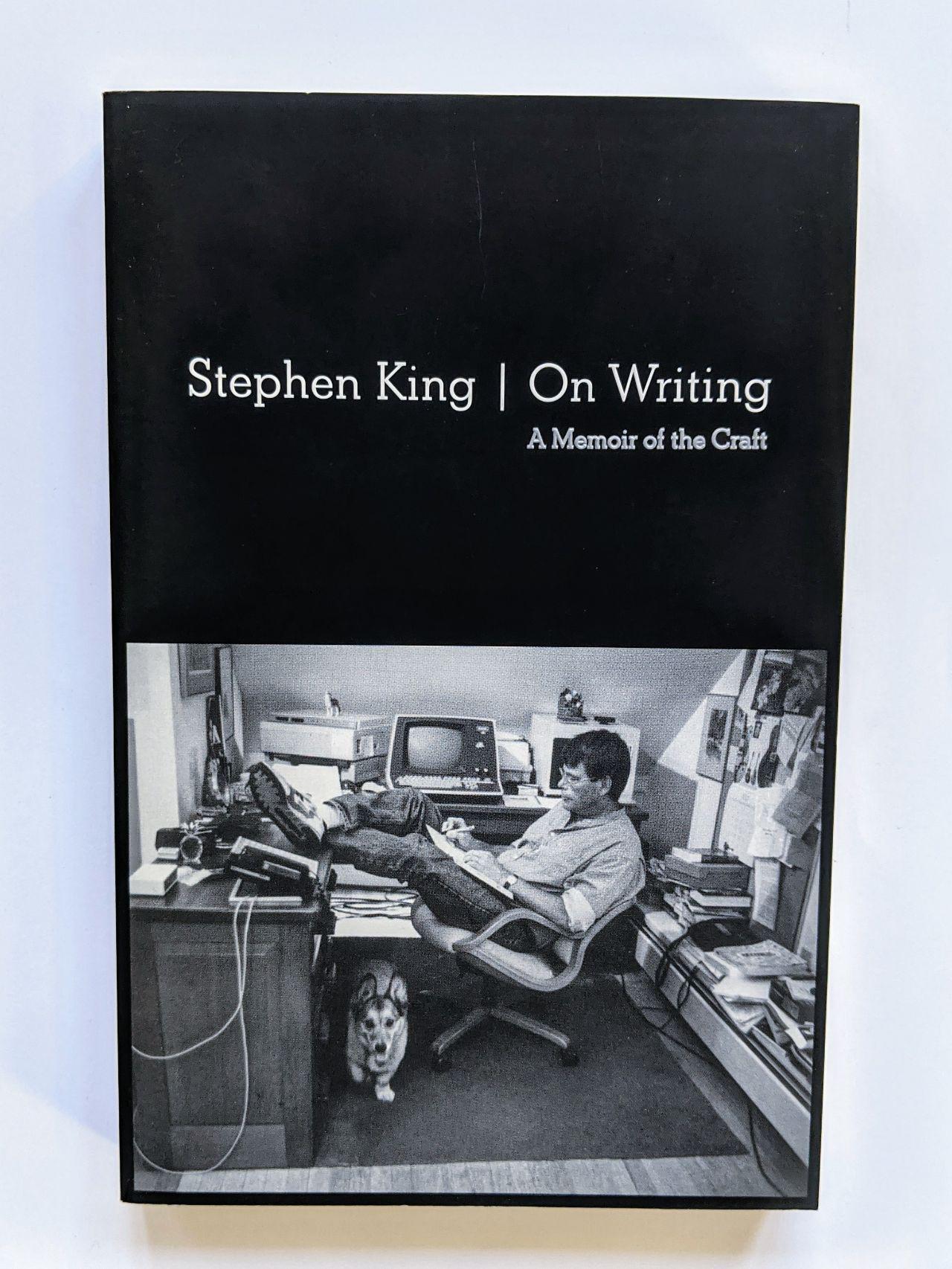 OK last 'picture of a book I bought secondhand' series of posts. I promise. But what a mint copy of On Writing.

Now, I've never read a Stephen King novel. I also took On Writing out from the library last year and never finished it.

BUT, King is one of those writers I have to admire even though I can't seem to finish anything he's written. Some writers can only write in one genre, or only write a few books in their lifetime. King is neither of those. So much of his work has influenced pop culture and you might not know it. Take a look at everything he's written:

To write as much as King across so many genres is craft at its finest.