The last club I went to on the weekends was 'Sunday school' at my local Sikh temple. And before that there was Saturday chess club for a time whilst I was at primary school. Truth be told, I was a little relieved when each of those came to an end. Little Jas liked to have his weekends free to just chill out away from school.

But I'm an adult now. So why on earth would I choose to go to a club on a weekend?

Well, these days I tend to work a couple of hours on a Saturday and a Sunday. And I've had my eye on Weekend Club for a while now.

Weekend Club and its friendly companion Indie Beers pretty much represent the 'indie maker' scene in London, attended by folks working on their own projects – as developers and/or creatives. It's a friendly community open to anyone interested or working in the “indie” space.

I first came across the community and its founder Charlie Ward through IndieHackers a couple of years back. (At that time there was a community called Indie London which consisted of a slack group and IRL meetups run by a guy called Ghyslain; I never did make it across to one of those, and this has now been absorbed by Charlie's (paid) a Weekend Club community and (free) Indie Beers community.

For those who have watched the Kanye documentary on Netflix (jeen-yuhs), its filmmaker “Coodie” was the centre of the Chicago hiphop scene; Charlie is pretty much the Coodie of the indie maker scene in London. I actually told him that.

Since I left my corporate job back in 2015, and first stumbled across communities like Escape the City and World Domination Summit, I've continued to seek out well-run and supportive communities.

Since I've now started working full-time on my creator business, and got to experience the magic of hanging out with a fellow maker in the digital nomad village community of Madeira, I think I've been keen to seek out similar sorts of spaces. 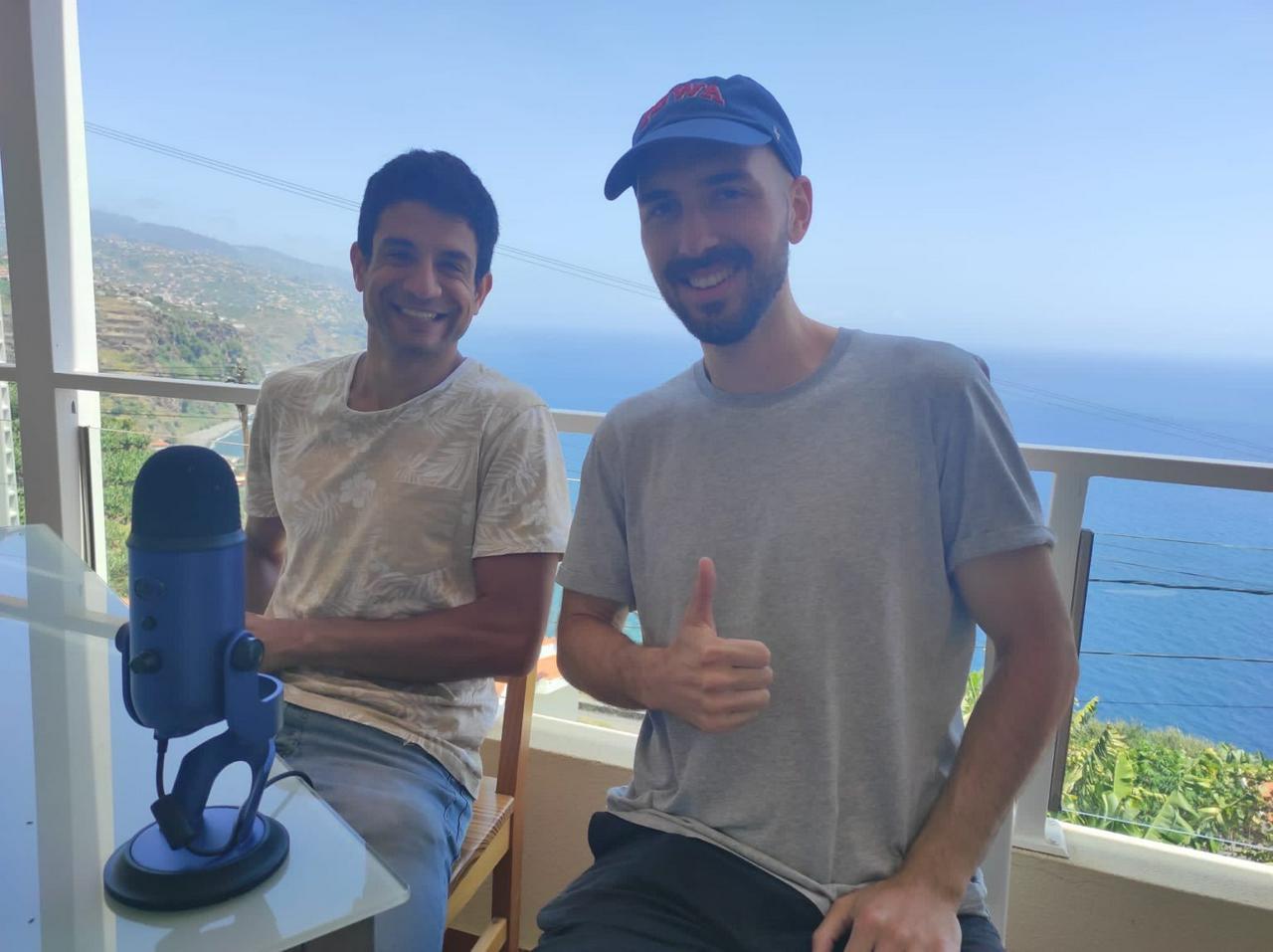 I attended IndieBeers before Christmas and I enjoyed that. But I decided to step in a little deeper and give a Weekend Club co-working day a try for £20. It meant I skipped my usual Saturday for the long train ride to the other side of London, but it was well worth doing so.

This is probably the closest IRL community of “my people” I've found since the two communities I mentioned earlier: Escape the City and WDS.

Here are a couple of the things I noticed and liked about my experience there:

Remarkably, Charlie has cultivated this community alongside his full-time job. I can only imagine how the Club will develop when Charlie has even more bandwidth, given how awesome the Club already is.

The Club continues to grow slowly, and go from strength-to-strength; for example, from next month there will be 2 monthly co-working sessions rather than the one.

When I arrived we chatted for a bit, before the 'standup' with a quick intro and sharing what we would be working on, co-working, a break for lunch, more co-working, and then finally a 'demo' where anyone can share what they've been working on that day (and get useful + supportive feedback) if they so wish.

It was a really great structure to the day, with plenty of time for 1:1 and group chats.

The people there were really friendly, down-to-earth, and working on all sorts of stuff. Some people are working on things part-time alongside their day jobs, others full-time; some have recently dipped their toe into “indie” life, others have been doing their own thing for a while now.

What struck me most was how friendly, supportive, and smart these folks were. I like to think I'm somewhat smart(ish!), but there were certainly people in that room smarter than me.

More than anything, many of us are navigating the “messy middle” that is the up-and-down emotional journey of indie life, from figuring out exactly *what* to do, how to make money from it... and how to answer the “so, what do you?” questions asked by strangers/friends/extended family.

(If you know you know, the struggle is real!).

If my favourite communities are those where each person in that community: feels connected by a shared purpose, can show up as themselves, and learns from one another in a supportive way, then Weekend Club is for sure one of my all-time favourites.

Online communities are one thing, slack groups, discord groups, video sessions... But for me real-life is where it's at.

I'm planning on attending more of these co-working events in the future, as I had such a great time.

If you're a maker, a creator, or someone remotely interested in the “indie world”, I'd really recommend that you check out Weekend Club and IndieBeers. They're currently running in London, though I understand IndieBeers recently took a trip to Lisbon and there'll be a regular meetup happening there... so watch this space. I certainly will be.

Weekend Club has to be the closest thing I’ve found to an IRL “makers and creators” community.

Well worth the train ride across London this Saturday morning.

[Special thanks: to @charlierward for hosting ?, and @jmckinven for the ? group photo + the ? lunchtime stroll] pic.twitter.com/IxBfuJjIbV