Monster Slayers, Monster Surgeons, and the Records of Tragedy 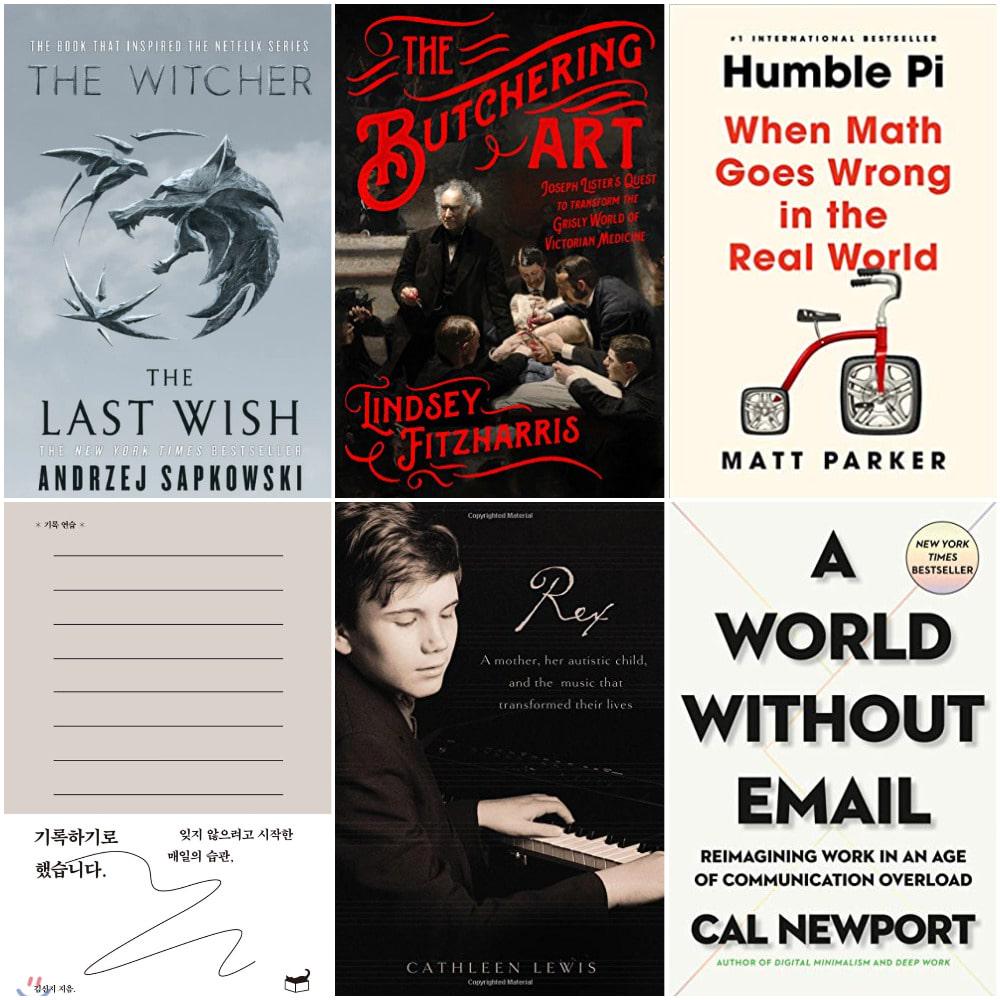 In this installment of book reviews: The Witcher's tale, horror stories of Victorian surgeons, mathematical disasters, the art of recording, and life-saving music.

My first impression of The Last Wish is that the Netflix Witcher series finally makes more sense. The show tried to tell too many stories in one season, which led to messy plot lines and underdeveloped characters. It's satisfying to understand the context behind the striga, Ciri's birth, “The Edge of the World” and “The Last Wish.”

As the Witcher is set centuries ago, it's natural that there are many male characters who would be sexual abusers by modern sensibilities. Yet, when the omniscient narrator describes women in an unnecessarily sexual manner, one must wonder whether it reflects Geralt's perversions or the author's.

The book often conveys character and plot developments through subtle hints, respecting its readers' ability to read the subtext. Two examples stand out: Renfri's dagger insinuating that she gave up on revenge, and Geralt's last wish being left to interpretation.

The Butchering Art is a gory, vivid tale of how surgery turned from a game of chances to a clinical science thanks to sterilization techniques invented by Joseph Lister.

I was surprised to be hooked by a story of a field that I have no special interest in. The author's flowing writing style and the sheer shock value of some of its subject matter absorbed me. From a modern lens, 19th century surgery is quite the barbaric mess. I was aghast to learn that Anesthetics increased death rates from surgeries due to an increase in infections!

Joseph Lister is barely known to the general public, overshadowed by Pasteur, Nightingale, and John Snow. A spotlight on a lesser-known figure is always welcome.

Being a biography, the book touches upon the human element of science that we too often miss or ignore. For instance, the orthodoxy and interpersonal conflicts of London's surgeons made me reflect on how modern academia suffers from the same problems.

The Humble Pie: When Math Goes Wrong in the Real World

The Humble Pie is a witty compilation of comedic and tragic math errors written for everyone. Its target audience is the general public unfamiliar with mathematics and engineering. As such, seasoned mathematicians or engineers will be disappointed. A good half of the examples were infamous case studies and programming errors that I know about.

At the end of the day, math errors that lead to disasters are engineering errors, and engineering errors are human errors. Even a book purportedly about math errors has to talk about the Swiss cheese model. It's a boring review to anyone who has read anything about disaster prevention before.

So I Decided to Record. (기록하기로 했습니다.)

I really like its tips on journaling. Theming or titling each day has made journaling much more structured and fun, like a creative writing exercise rather than a repetitive regurgitation of unspectacular days.

I also like the idea of a monthly best list to remember the more special occasions, and a yearly best to augment our frail memories by summarizing the entire year into a list.

Some other short suggestions for consideration are daily moments, personal spaces, good quotes, cool stories, inspirations, journaling for someone special, and recording the voice and videos of loved ones.

Rex: A Mother, Her Autistic Child, and the Music That Transformed Their Lives

Rex is a heart-wrenching yet hopeful memoir of the mother of an autistic savant. Her love shines through unimaginable adversities. The most powerful moments of the book were those that vividly portrayed the raw, visceral emotions of the mother.

This book made me reflect on issues that my privileged mind hadn't had to grapple with. I could almost physically feel the pain of discovering her child's disability, described as an impaled heart, denial, and panic. It made me temporarily step in the shoes of someone who I've never met. I'm childless and atheistic. Yet I understood the mother's fear that her son would be rendered a scientific toy, and empathized to her powerful experience of faith. Such is the power of a good memoir.

A World Without Email: Reimagining Work in an Age of Communication overload

A World Without Email is a measured critique of an email and instant messaging-dominated work landscape accompanied with potential solutions. It is a short and fluidly written weekend read.

Unlike Cal's other works, the problem assessment and solutions in this book were not too applicable for my life. My issue is that the book mostly recites outdated solutions. Its mission is to proliferate structured project management techniques widely used in IT and software development to regular desk jobs. In particular, ticketing systems, kanban, scrum, and agile are upgrades to most desk jobs. These ideas just so happen to be old news to a CS student.

The strategies that I see being useful in my life are: using scheduling software, separating admin and deep work hours, and using project management software. Otherwise, much of the book was irrelevant.

I've seen readers complain about the random forays into academic trivia prevalent throughout the book. While I understand why a typical reader would find these ramblings to be distracting, I am someone who would voluntarily seek out a book with nothing but academic trivia. The fluff kept me blistering through the book despite an underwhelming subject matter.