When I started college teaching, overhead projectors were the popular way to show slides. Email was around but course management systems like Blackboard hadn’t arrived yet. I used to ask students to assign themselves a code name and I would post their grades by printing out my Excel spreadsheet, sorted by code name, and taping it to my adjunct office door.

I had folders and folders and folders of overhead transparencies. (“Overhead transparencies” are plastic, clear sheets made specially for overhead projectors, and they required special markers to write on. The ink was permanent, so while it was fun to write and draw in color, mistakes were a huge time waster. Most transparencies were not computer printed but made by hand. Transparencies were a peek into the personality of the presenter.) It was super easy for the slick transparencies to slide out of a folder and cascade over the floor. I knew a guy who kept all his transparencies in protective sleeves in huge 3-ring binders. During presentations, he would hold a binder in his left hand with the prongs open as he flipped between sleeves to throw them onto the projector with his right. It looked impressive and felt obsessive at the same time.

Overhead projectors were lit internally by a conical bulb that would die without warning. Common advice for people who were interviewing for jobs at the time was to pack a spare overhead projector bulb in your briefcase in case the bulb of the machine you were using went out during your talk. Supposedly whipping out a spare bulb and installing it in front of the committee would greatly impress them.

Back then, I was closer in age to my students. I had earned a Master’s degree, but the six or so years difference didn’t feel like much of a gap. I would read material from the text and discovered that I could frame the reading to the students readily. I remember thinking, “I can make this make more sense to them than the author, I know where the students are.”

This is no longer true. I have studied more and experienced changes in the field and my life, while revolving door of young adults has continued to culturally evolve. I no longer communicate to students who seemed like younger versions of myself, but to “students of another time.” Some professors adapt better than I; some have eagerly moved to adopting gender pronoun neutral policies, for instance. It took me awhile.

What had been an act of publicly sharing has become an act of translating. I hope I’m up to the challenge of the cultural drifts that time will bring over the remainder of my teaching career. 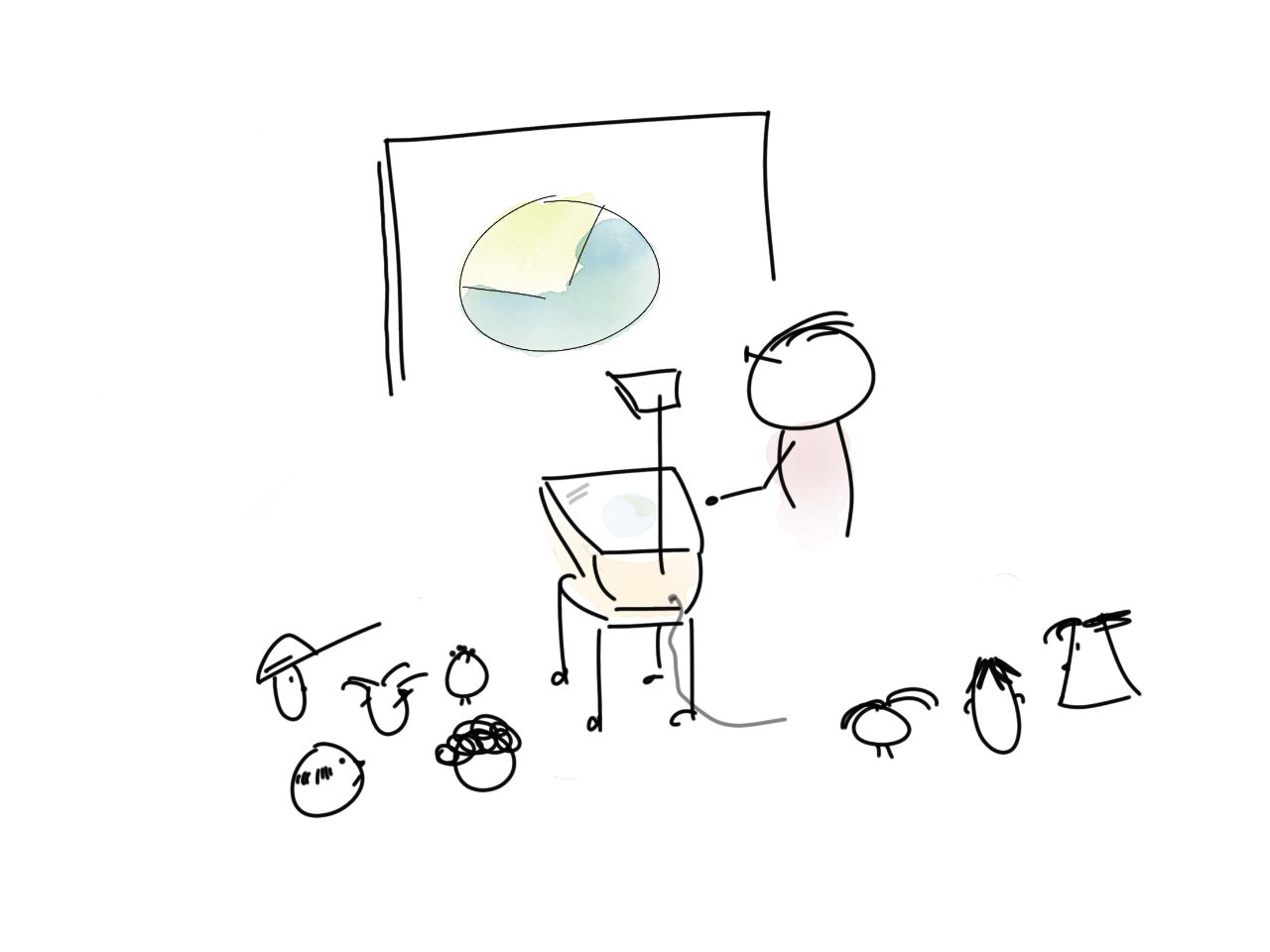