While the weather was crap and cold and the days short and dark I spent lockdown baking it seems. This is just a tiny fraction of what I've made. 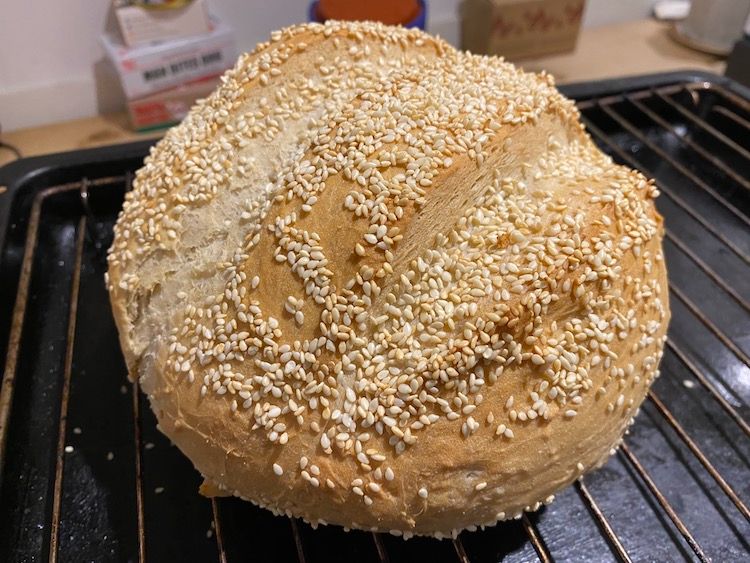 I make a couple of loaves a week now so it is fairly commonplace now. This is a sesame topped loaf. 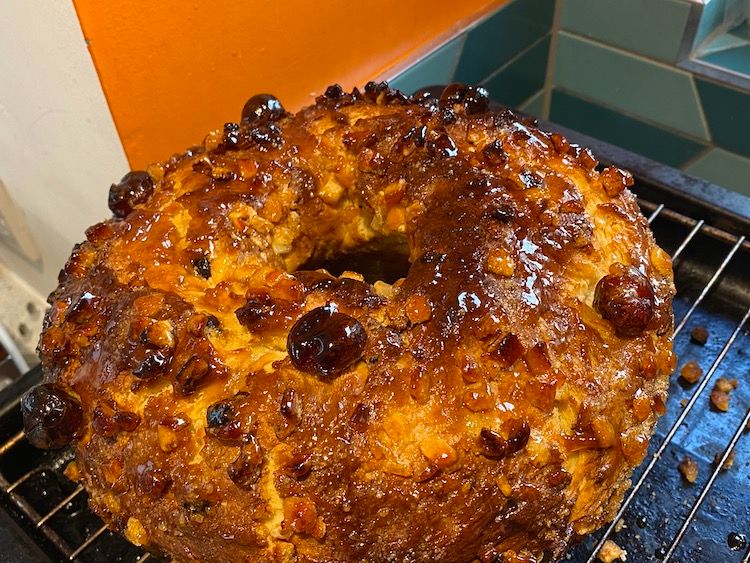 Way back in January (which feels like ages ago) I made a Roscon de Reyes for Epiphany, that's the 6th of Jan for you heathens. As I've mentioned before feast day food fascinates me and having regular holidays in Spain taught me about Epiphany and this cake. 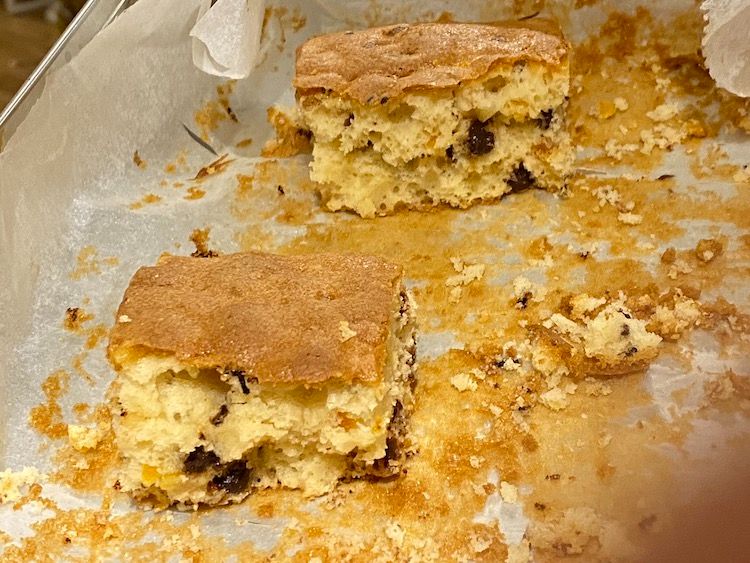 Chocolate orange traybake. I had a load of candied orange peel leftover from making the Roscon de Reyes so used it in this traybake. Rubbish photo because as as it was made my family pounced and devoured it. Had a packet of choc chips open (left over from some cookies) so chucked that in too. 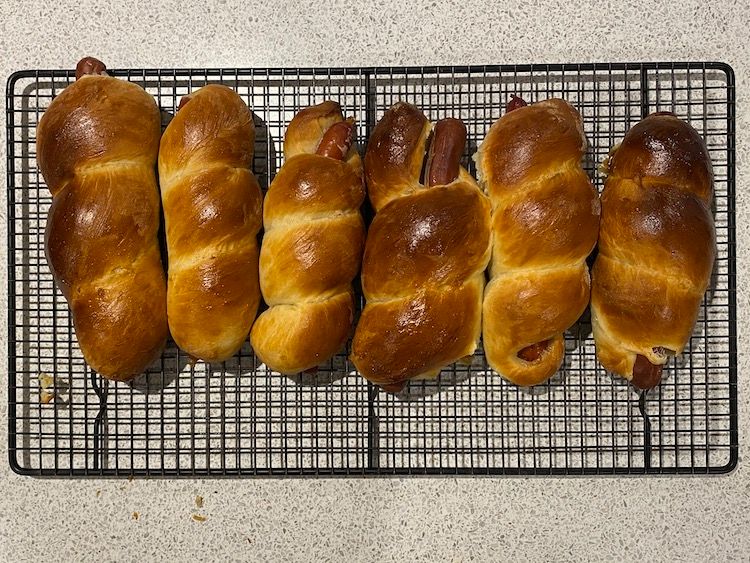 These are something I've been a bit obsessed about for years. Hong Kong style buns which I first had in (what for it) Hong Kong. To keep the cost of the fancy hotel we stayed in down we didn't pay for breakfast and instead went out early and bought these fresh. They are pretty hard to buy fresh in UK (unless you happen to live close to a Chinatown) so made some myself. They were lovely but my daughter is veggie and my son hates hotdogs so my wife & I were tasked with scoffing these. They are made with a very smooth and slightly sweet sort of bread dough and were quite a faff so I probably won't bother to make them again for quite a while.

Anyway it's sod's law that I pay for Write.as for the year then don't have the impetus to post anything for ages. It's only my inherent miserliness making me post as it is whispering away in my brain saying about how I've paid but not used it.