Shirley at the Depot

Last night I went to see the film Shirley (a fictionalised depiction of author Shirley Jackson) at the Depot cinema in Lewes. This wasn't a last minute rush to get out before the new Covid lockdown comes into force as it was booked a while before BoJo's announcement on Saturday evening.

As a household we've been very cautious about going out and socialising or going into situations that might be risky Covid-wise. If 3 months ago you'd suggested going to the cinema we'd probably reply asking if you were trying to kill us! However I think just a certain weariness and boredom has overcome my wife and I so we were both keen to go to this. For me I really enjoy Shirley Jackson's books (if you've not read them you should, she is criminally underrated) and also had wanted to go to the Depot for a while. It's a fairly new independent cinema and creative space in the next town over from us that people had said good things about. Now I've visited I can see why. Lovely comfy seats, not too big or small, great food beforehand. There were 12 people in our showing and everyone was spaced well apart from each other and we had to keep our masks on the entire time. Which as far as I could tell everyone did. Felt safe enough. 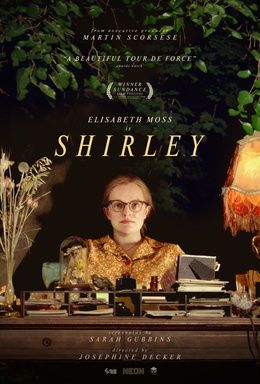 The film itself was great and managed to somehow capture the sense of unease her books usually hold for me. It was only very loosely based on Jackson's life; in the film she is shown as childless and mean alcoholic but at that time in her actual life she had 3 kids. Definitely not one to watch to learn historical facts! However superb performances from Elisabeth Moss and Odessa Young make this a compelling if slightly unsettling film. Not sure how unusual this is but I did notice that both the director and screenwriter were women. Not sure why I'm sharing that but it seemed significant to me at the time.