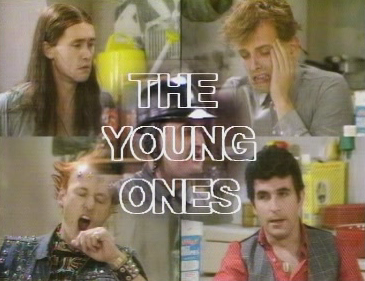 Whilst scrolling through Twitter yesterday I saw a few tweets informing the world that the TV show The Young Ones was first broadcast 38 years ago yesterday. When I was younger I LOVED The Young Ones. On 9 November 1982 I was been 10 years old so probably a bit too young to be watching it really as it was broadcast after the 9pm watershed and my mum certainly didn't let me watch it but I had a really crappy 70's 12' B&W TV in my bedroom. That TV felt like the height of luxury at the time. It looked a bit like this: 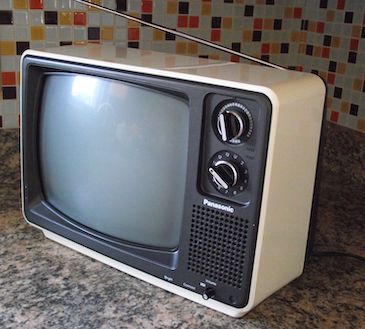 But very much doubt it was a Panasonic and more likely was a cheaper make like Alba or Sanyo.

By 9pm I was supposed to be asleep but I'd switch it on and watch it with the mono earpiece plugged into the TV to keep the noise down so my mum wouldn't know. If I watched it when it was first broadcast or if I watched the first repeats in 1983 I don't remember but I do distinctly remember talking about it at school (I'd be year 6/last year of juniors) and no one else had seen it which made me feel a bit different/special.

Looking back I'd say that The Young Ones had a big impression on my sense of humour but also my dad (my folks had divorced by then) and my older brother both loved Round the Horne and The Goon Show so we had some LPs of those that I listened to occasionally which certainly would have contributed to forming what I found amusing.