This is neither a post about history nor about war.

Queen Elizabeth II is how I call my good old IBM Model M (made in UK, that's why the name) I own and used for more than twenty years (almost thirty, actually).

Emperor Reiwa is how I call my brand new Filco Majestouch 2 (tenkeyless) (made in Taiwan, actually, but from a Japanese company) I'm owning since about August 2019.

It's a sturdy, heavy, huge keyboard with a buckling spring for each key, double key caps (normal and “internal” ones), detachable PS/2 cable (yes, there was not USB, at that time!) and it's often considered the best keyboard around, at least from manufacturing and typing feeling point of view. It's noisy, but I actually loved that thing as well. I've used it since I've received it (for free, thank you!!!) from a university professor. I even had to buy a PS/2-to-USB adapter to follow hardware updates, but still I was using it (bringing it also to offices and companies I worked for!) till summer 2019. It was a special one, with Italian layout (so accented letters and the like), probably not so common. Then, it started getting older. The </> key started working badly and stopped, after a while. Then another key stopped. Considering that I sometimes write XML/HTML, I cannot afford to not have a non-working </> key.

I needed another keyboard.

I've spent many weeks searching for information on the Internet. And I've found two very interesting blogs/sites that had a lot of comparisons and information, specifically about mechanical keyboards. One is Desktority wiki and the other one is Xah Lee's Keyboard Blog. I actually have read and considered some more sources, together with comparing actual keyboards manufacturers sites and the like. Generally speaking, I was searching for a satisfying replacement, with noisy clicky keys, proper quality, Italian layout (I use and need accented letter, when writing in Italian!) and, as Xah Lee properly stated, arrow keys and function keys are very useful (also to my opinion).

So, long story short, I've found out that, for my taste, the nicest switches would have been the Cherry MX Blue, or compatible. The analog input (Wooting, Topre) switches or even the magnetic Hall-effect switches (Wooting, IC Club) might be also interesting, but I'm not a gamer, so probably not worth. Other switches are not so strong or clicky as the Queen Elizabeth II buckling spring, so I made my choice.

About the keyboards models, I've found an interesting, very cheap, water-resistant mechanical keyboard on Amazon (see also Water Resistant Mechanical Keyboard on Xah Lee's blog), but I was not quick enough and it went out of stock. The out of stock issue was, as usual, about the Italian layout.

So I've explored different possibilities: ergonomic keyboards (X-Bow, ErgoDox and Keyboardio, mostly), normal keyboards (Vortex Race 3, CM MasterKeys Pro, and others) and the fact that some of them had programmable onboard memory seemed also a very interesting idea and feature, considering the different configurations that can be applied to different environments (IDE or other tools).

In the end, if I'm not mistaken, my final top-something list was: 1. Unicomp Classic 101 White Buckling Spring USB Keyboard; 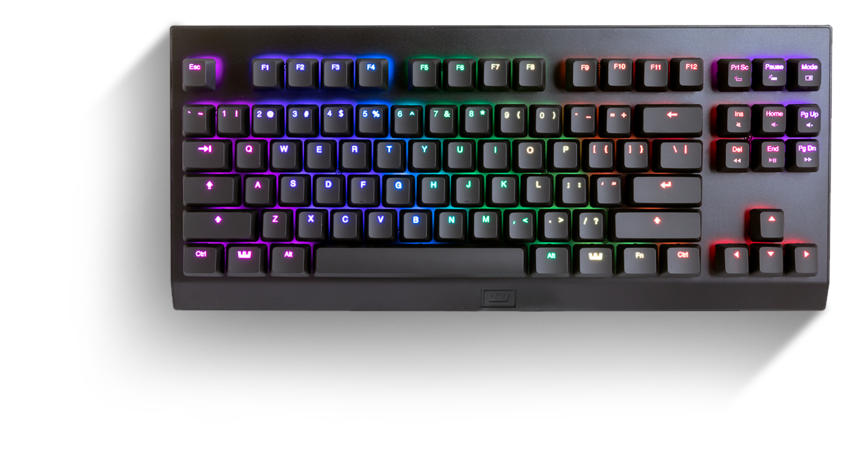 I've not bought an Unicomp keyboard, even if it's the modern heir of the IBM Model M, with the same buckling spring and the like. Unicomp also provides, through their Keyboard Configuration Tool, the Italian 102 keys layout, that is the original IBM Model M one, without weird Windows or menu keys on the keyboard. The (custom) keyboard itself was not very expensive ($99) but, unfortunately, the fact that they're in USA, means that there will be a huge shipping cost (estimated in $58.62 by Unicomp through FedEx!) and, as a final cost, there will surely be a +22% of Italian VAT, custom fees and the like. Going to more than $200. Too much.

Except for Unicomp, unfortunately, all other manufacturers do not provide (not even for an additional fee!) an ISO Italian layout (even if, as Vortexgear for example, other ISO layouts were already sold in Europe, see MyKeyboard.Eu and other European resellers!). Since that was a mandatory feature for me, I had to skip all those manufacturers and their (very nice) keyboards. I was very disappointed by Vortexgear. And I really liked the X-Bows layout.

Welcome to the Reiwa era.

In the end, the choice was done outside the top list due to the issue with the Italian layout not avaiable. And then I came up with the FKBN88MC/ITB2, that is a Filco Majestouch 2, tenkeyless with Cherry MX Blue switches. 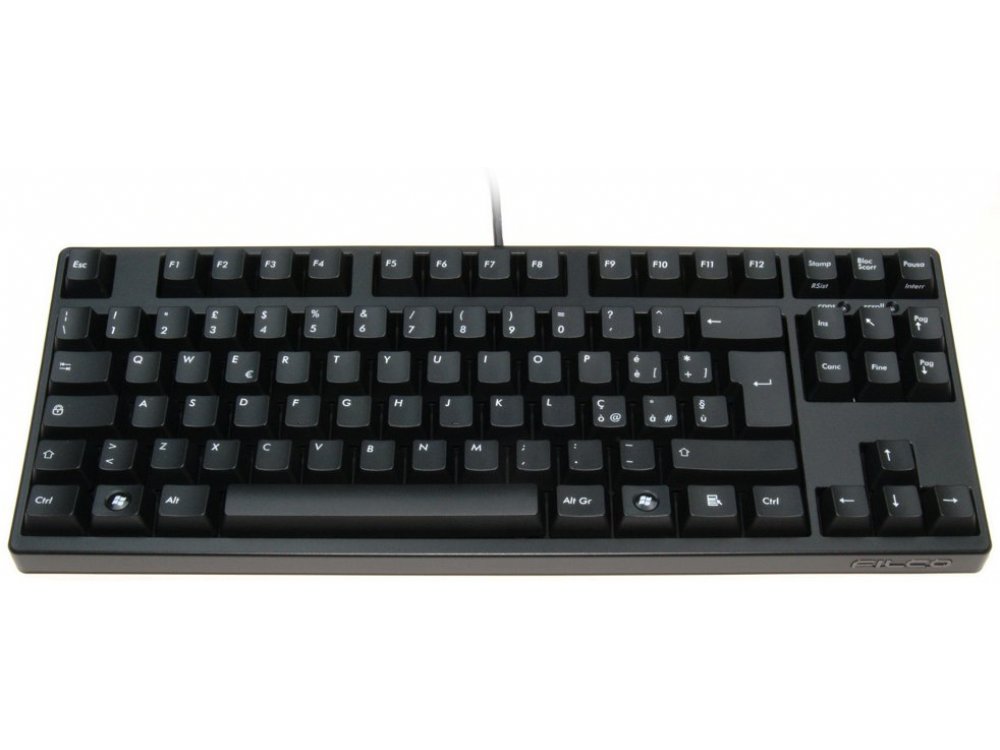 It was actually born as a FKBN88MC/UKB2 (that is, with UK layout), but kindly (with an additional fee) customized for me by The Keyboard Company with an Italian layout and blank keycaps instead of Windows logo.

It's tenkeyless, meaning there is no numeric keypad on its right side. I'm currently not missing it, except for when I need some specific characters that are missing on my layout, such as the backtick (`). Luckily, this can be improved, on Windows environments, through the Microsoft Keyboard Layout Creator using different key combinations to map those often-used-but-missing keys and I'm pretty sure other (more serious) operating systems will have their own customization tools.

It's as sturdy as the Model M, heavy but obviously smaller, also due to the fact that it's tenkeyless. It's black, not white, meaning that when is even a little dirty, the dirt is very visible, so it requires more frequent cleaning, even if only with a simple brush. Unfortunately, the keys material is plain ABS, so keys already have started shining due to usage consumption.