After you've been a tourist abroad once, the second time there feels different in some ways. You're no longer bouncing from place to place, riding planes and trains to find a point of interest, snap your selfie, and carry yourself and your fanny pack to the next place on the brochure. You walk slower, notice the sidewalk and the people, the birds and the smells; and really, you could be anywhere in the world.

This time the plan was simple: I'd join my mom somewhere in Italy after she was done with a week of work around Naples. I'd fly to Europe a week early and do whatever until it was time to meet up.

The cheapest trans-Atlantic flight I found flew into Paris, so I figured I'd spend some time in France and then make my way to Italy. I hired a very nice stranger from the internet to feed my cat while I was gone, who recommended visiting Montmartre in Paris. So when I landed on that Saturday, I dropped off my stuff at a hostel and started walking up the hill. The views at the top didn't disappoint. 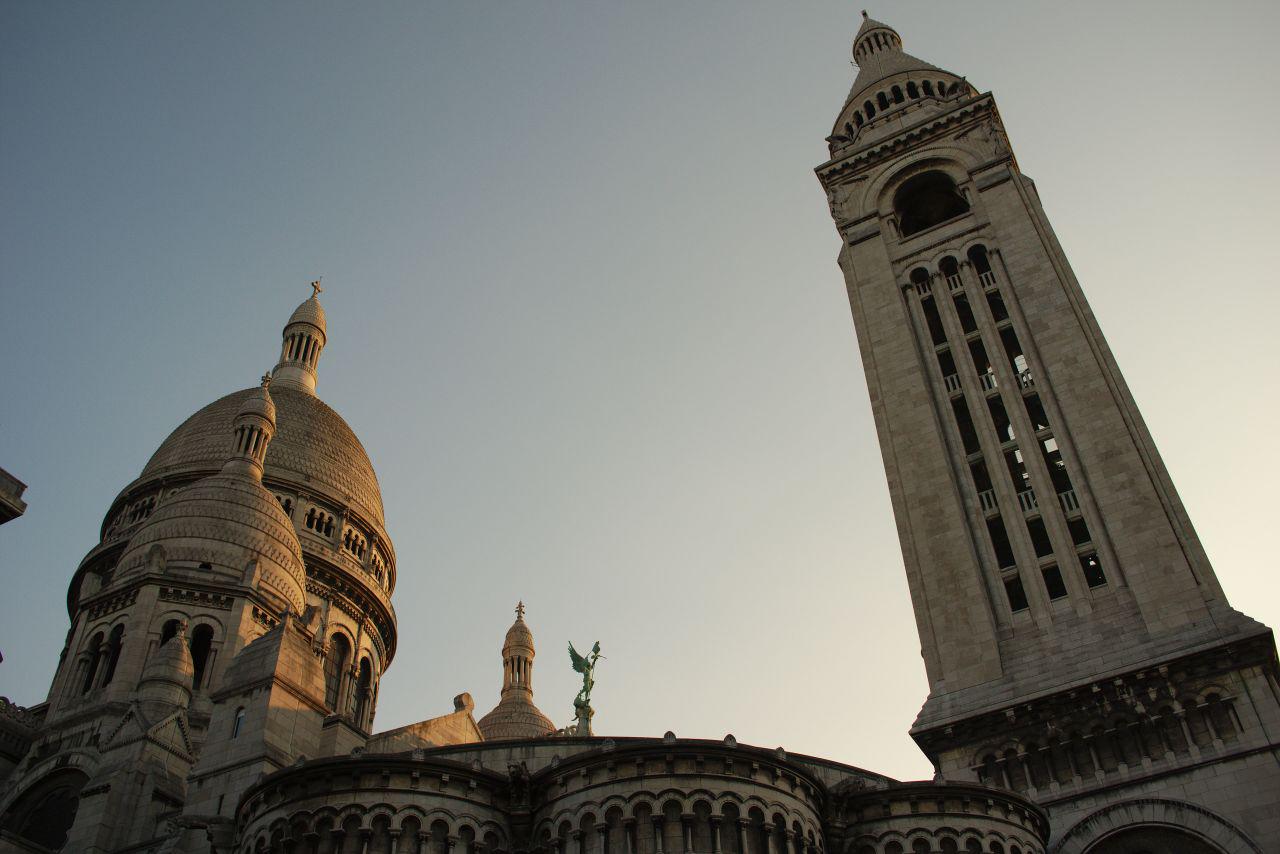 I spent most of my time there walking around, taking in the sights, getting accosted by street vendors, and losing a few Euro on some very convincing con-artists. Around the shops I felt a bit like an asshole speaking English, but eventually started to default to “Merci” and “Excusez-moi” as I navigated the streets. And as I normally do in a foreign country, I spent time on the subway trying to correctly mutter the names of each stop — I think by the time I left France I had improved a bit.

My second day in Paris I spent working at a cafe with an interesting business model — pay €5 per hour and get as much coffee and snacks as you want. While it certainly cost more than what I'd spend at any regular coffee shop, it was nice being able to work all day without feeling guilty for taking up a seat in the place. At the end of the day you return the card they gave you so they can charge you for the time, and then you head to a bar because you've had way too much caffeine that day — or at least that's what I did.

In a move of cowardice I headed to a nearby American bar, where I wouldn't have to attempt a word of French. When I found myself adjacent to a conversation about US politics 4,000 miles from home, I moved to another room and drank my beer and wrote some code in peace.

Afterward, I headed toward the Eiffel Tower. I'd been to the top once before, when I had a long layover in the city two years ago. So that evening as I walked along the Seine, noticing all the people sitting on benches snacking and chatting, I decided to have a picnic on the Champ de Mars. I found a grocery store along the way, Googled to make sure I could drink a beer in public, and then took my snacks and drink to the large patch of grass strewn before la Dame de Fer. 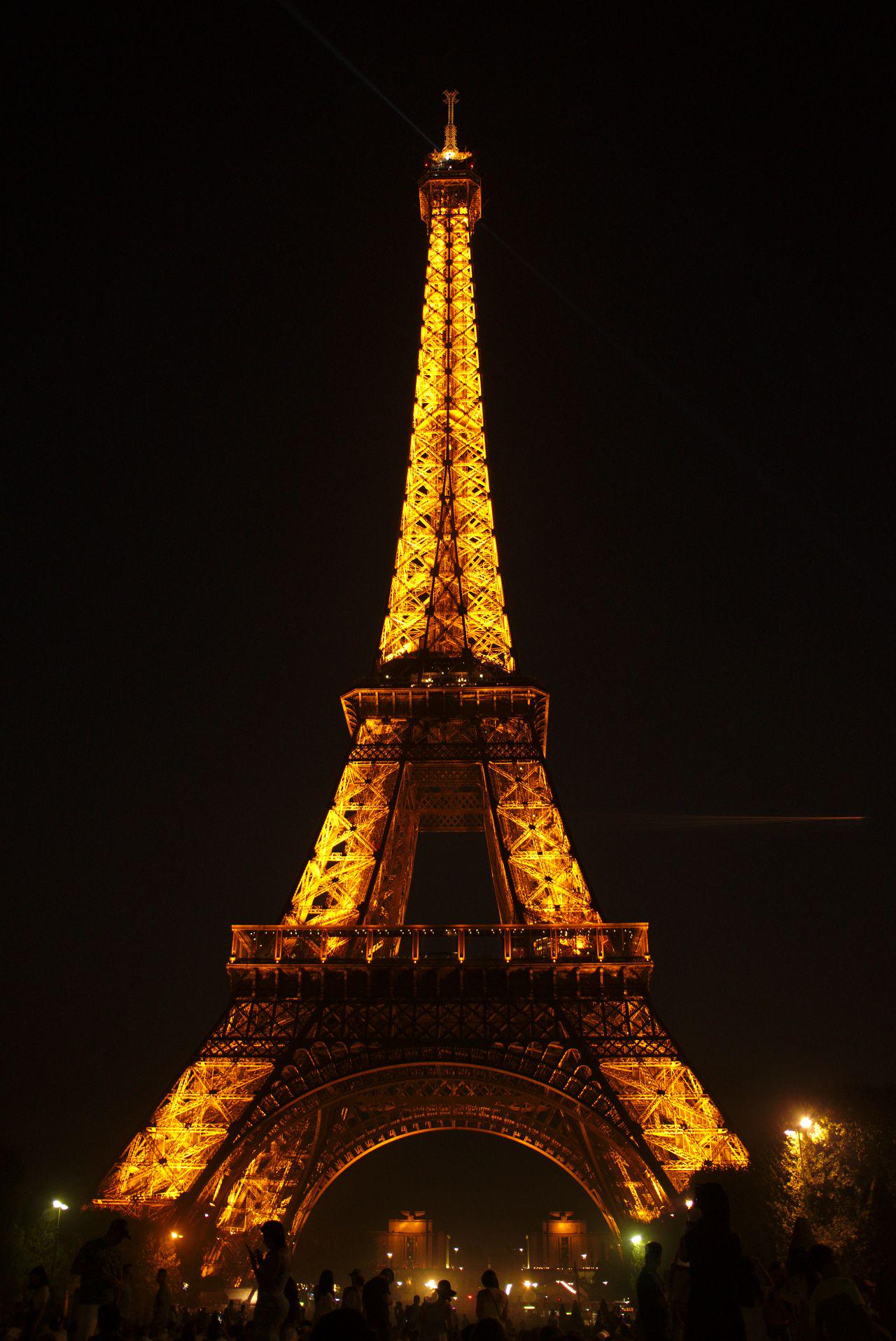 The next day I caught a train for the tiny town of Pontorson, near le Mont Saint-Michel. Where parts of Paris felt like midtown Manhattan, Pontorson was a refreshingly tiny, sleepy town. I dropped my bag off at the only hostel in town and then headed to a grocery store for snacks and water, where I was greeted by long stares and no more than two words. Despite no verbalization, I heard loudly (as we'd say in the US), you ain't from around here.

But with my thirst now quenched, I strolled back to the hostel and relaxed for a bit. The next morning I caught a shuttle for le Mont Saint-Michel. 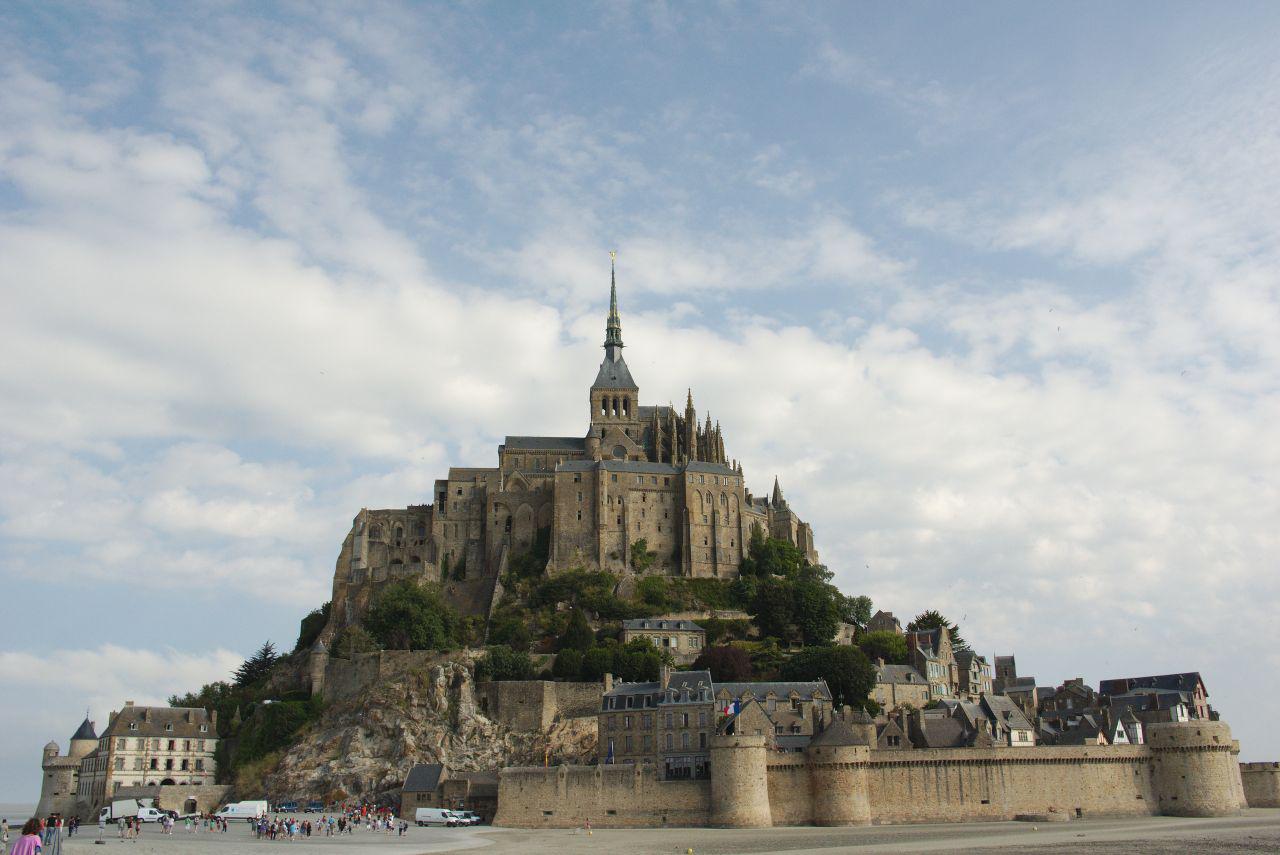 I managed to find some of the less-crowded corridors and enjoyed just walking around that little island all day. Around noon I went up to the abbey, and walked just inside the church as a man came in next to me and collapsed on the ground, rosary in hand, ostensibly glad to have arrived there after some kind of long journey. He got up onto his knees and said a prayer as other people gawked and I walked in through the nave.

I sat down in a pew near the alter and looked around at the structure of the church. As I sat there, a priest or someone came up and untied a large rope hanging against the wall, leading up to the top of the tower. He started pulling it calmly, meditatively, and eventually bells started ringing. When it became clear a mass was starting, the pews emptied of the people who'd Snapchatted the moment and needed to head off to their next selfie.

I'm not a religious person — you could say “spiritual” if you have to say anything at all — but I sat there and watched and listened as the ringing of the bells slowly died down, and the rope was hung back up, and other members of the clergy came to the front of us all. Then everyone started singing. By this time we in the congregation were all standing, and the phones had been put away, and I just looked around at the midday light pouring in through windows in the tower, landing against old stone while music filled the halls, and I was overwhelmed with peace.

The singing continued for 30 minutes and I could've stood there all day, surrounded by such beauty that seemed to me at that moment to contain all the certainty and contentment I normally only experience in nature — a simple answer to all of the stupid questions we ask.

The singing paused for the most official-looking member of the clergy to start speaking in French, and then picked back up again. Later we did the thing where everyone shakes hands with each other and utters something in French, but I opted for smiling, nodding, and mouthing nothing in particular, and no one seemed to mind.

As I left the pews I walked even slower than before as hoards of tourists rushed past. I walked into the adjacent cloister where I (fittingly) sat and meditated on what I'd just experienced. I wrote down something about how everything was obvious. Then eventually I got up to stroll through the rest of the abbey. 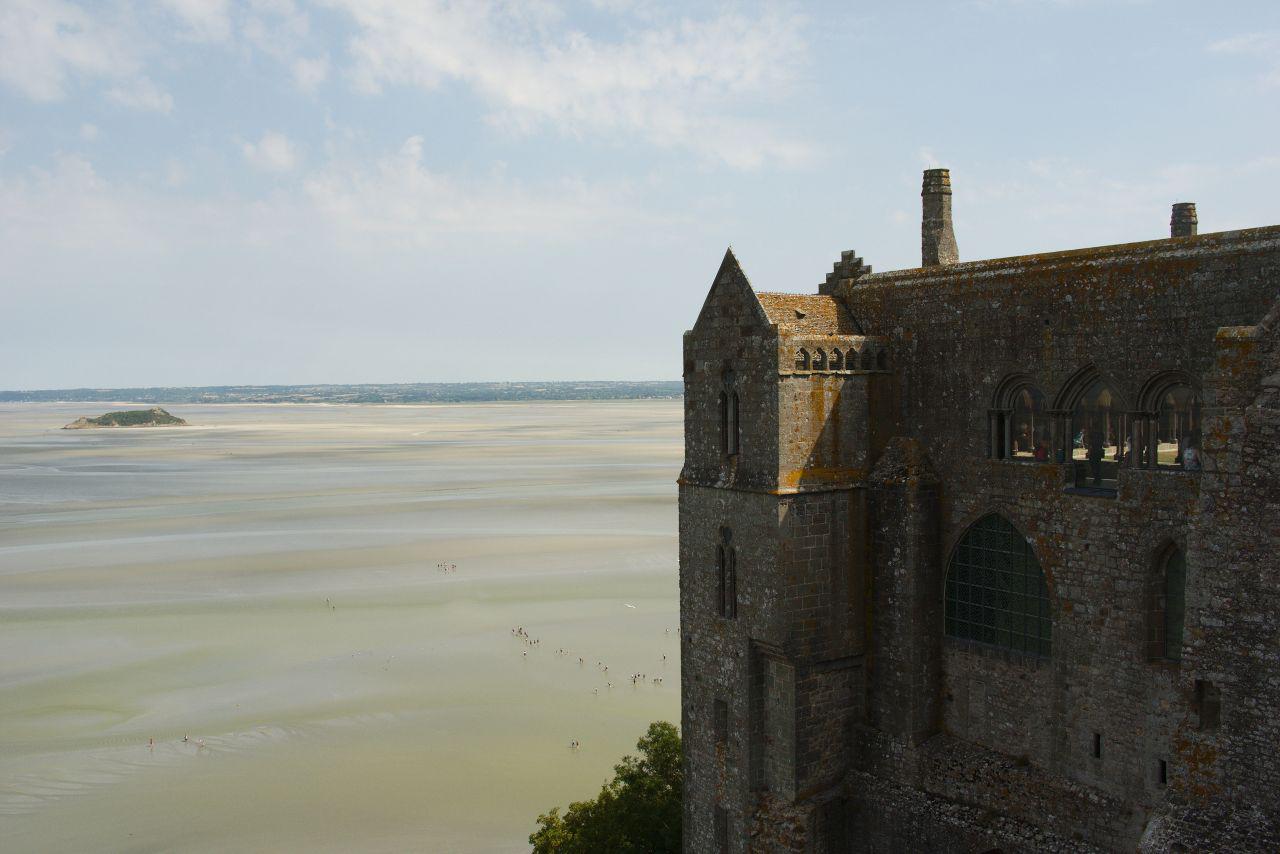 At the end of the day I walked back down to the flats surrounding the town, took off my shoes, and walked out into the bay. There were dogs playing in the shallow water and kids getting their feet stuck in the thick silt, laughing and yelling “quicksand!”

After a while, someone started shouting “Monsieur! Monsieur!” over a loudspeaker apparently embedded outside the castle walls. As I walked, I saw some guy heading back to shore from far out in the bay, obviously grumpy, apparently the monsieur in question. Several minutes later, the flat waters saw waves, and the water started rising. People retreated toward the walls as the tide started coming in fast, and I headed for the shuttle.