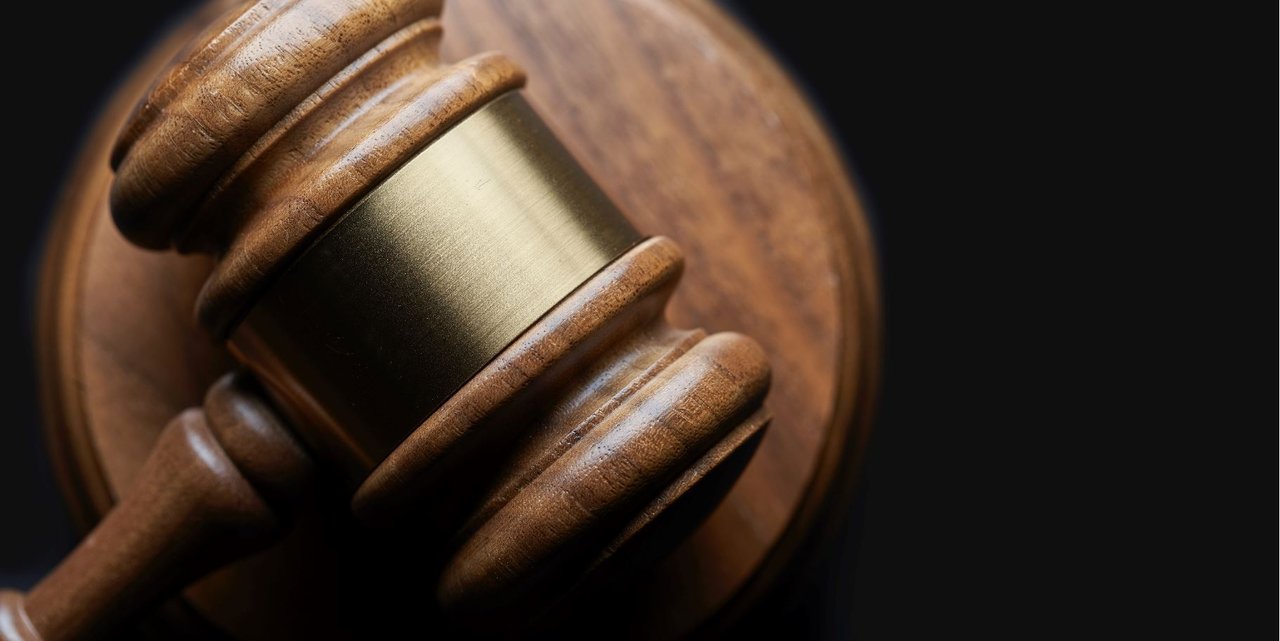 Level Playing Field – What does it really mean?

[Photo by Bill Oxford on Unsplash]

You hear this term being thrown around from the likes of Christine Legarde, Donald Trump, Steven Mnuchin, Jerome Powell, Mark Carney, Brad Garlinghouse … and many more. If you don’t know the names you should research them. But what does it really mean?

Spoiler Alert – depends on the context.

For the Internet of Value, “level playing field” is code for making the BigTech corporates and FinTech solutions adhere to banking rules... saving the big banks and the international financial system from disruption, well from rapid disruption anyway.

Let’s dig in and see what I’m talking about here.

If you say that you want to level the playing field, you mean that you want to make a situation fair, by ensuring that nobody has an advantage over other people. The US trade tariffs are a good example: today we are not competing on a level playing field. Trade with these nations must be conducted on a level playing field and tariffs are the vehicle to level the field. But this is a challenge given the Triffin Dilemma and current state of the global economy. 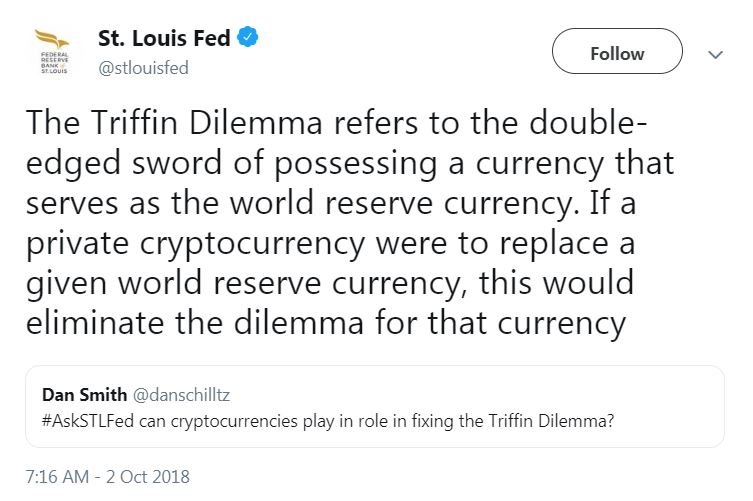 Those are interesting words from the St. Louis Fed. But do you think the financial regulators will just radically change the current international financial system?

BigTech have been moving into financial services market for consumers. Compound this trend with the latest advancements from FinTech, crypto-currencies, blockchain and distributed ledger technology and you can smell disruption bubbling all around.

**Why and how are BigTechs getting into financial services?
**

The BigTech business model is to take the direct interaction of the many users they have and then use the central byproduct of that, which is data, and use that data as input into services that rely on the network effects among the users. That generates more activity which translates to even more data.

This business model (referred to as the DNA Loop) has enabled BigTech to enter financial services using their existing platforms, social media, e-commerce and in search. And this gives them a head start!

**A head start in front of banks, I presume is what Hyun Song Shin meant.
** 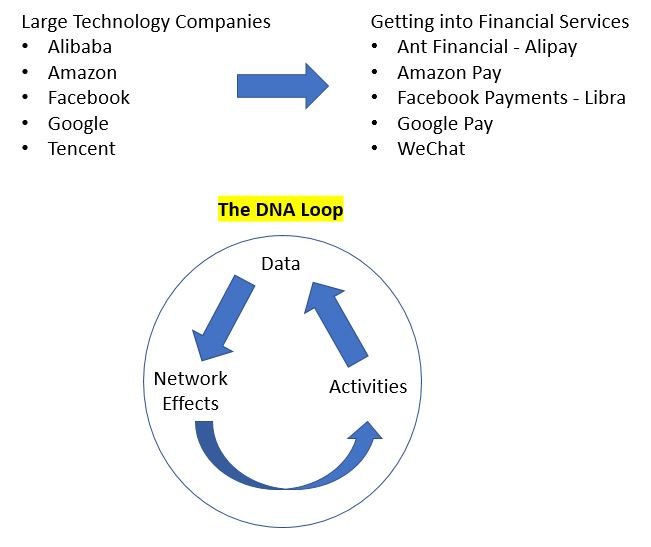 I tried to make the DNA Loop look like a smile ;–) ok I didn’t but that’s what it looks like to me.

**What financial services have BigTechs started to provide?
**

Using their existing platforms, they have started providing payments, lending and savings products from other firms.

**What do they offer that traditional banks can’t?
**

What are their advantages?

All this translates to BigTech’s ability to offer financial services to a much larger group than what has been traditionally possible.

What are the risks associated with this BigTech trend of entering the financial services?

China’s BigTech has been very active (WeChat & Alipay) how have regulators in China handled the DNA Loop issues?

China is a good example of the new examples of old themes of Financial Stability concerns. BigTech in China invented the payment industry and are very well established in the financial system.

China’s payment system is closely integrated in the banking sector, there are plenty of banking related issues that are tied up in an integral way with regulation of the payment providers.

**The United States however has had its payment system in place for decades and is ripe for regulatory uncertainty and rapid disruption from BigTech and FinTech
**.

China regulators have created regulations where the payment firms are required to clear their payments on a public platform making it more transparent and there are also rules on instant redemptions from the money market funds that the BigTechs offer. This minimizes the impact on bank funding.

What are the implication of the new element risks due to BigTech DNA business model?

Since these new risks include competition and data privacy the important implication is that a piecemeal approach to policy toward BigTechs will not work. Now, not just the traditional financial stability, but market dominance needs to be taken into account.

**What does that mean for policy makers who maintain the financial stability of the international financial system?
**

The BIS has layered out a Two dimensional approach to potentially guide policymakers:

1. Entry: How much BigTechs are encouraged to enter the space or allowed into finance.

2. The different approaches to the treatment of data: How much of the choice do you give in the uses of data, for them to find a decentralized solution by selling that data or should we have strict “Walls & Limits” on the use of data so as to “level the playing field” in a more interventionist way.

**How does Facebooks new Libra digital currency fit into this discussion?
**

Alipay and WeChat pay are account-based systems. Libra is a digital token that is backed by actual money, essentially a digital ledger that is updated to say who owns which token. The ledger is updated by 2/3rds majority vote of the members of this association that backs the venture.

This arrangement is more often used for wholesale payments. Several Central Banks have experimented with this type of token for inter-bank payments.

Retail users would need an intermediary to access this kind of wholesale system and there are not much details on that.

What would be much more significant is a retail-oriented payment system based on apps that people use on a daily basis. The key question is how that retail system would operate and how it would link to the Libra blockchain.

If we had an Alipay or WeChat pay on a global scale, that would raise important questions on data privacy and anti-competitive practices. These questions are even more important when discussing cross-border transactions. Public policy should be aimed at achieving a “level playing field”.

What lessons have we learned?

So authorities across multiple jurisdictions and cross border will need to operate much more closely.

Typically, the financial regulators and competition authorities have followed much different mandates and with BigTech it is clear policy makers will need to work much more closely. Especially across borders because BigTechs will straddle borders and interlink with the banking sector.

Sounds to me that the Banks want a “level playing field” more than any BigTech.