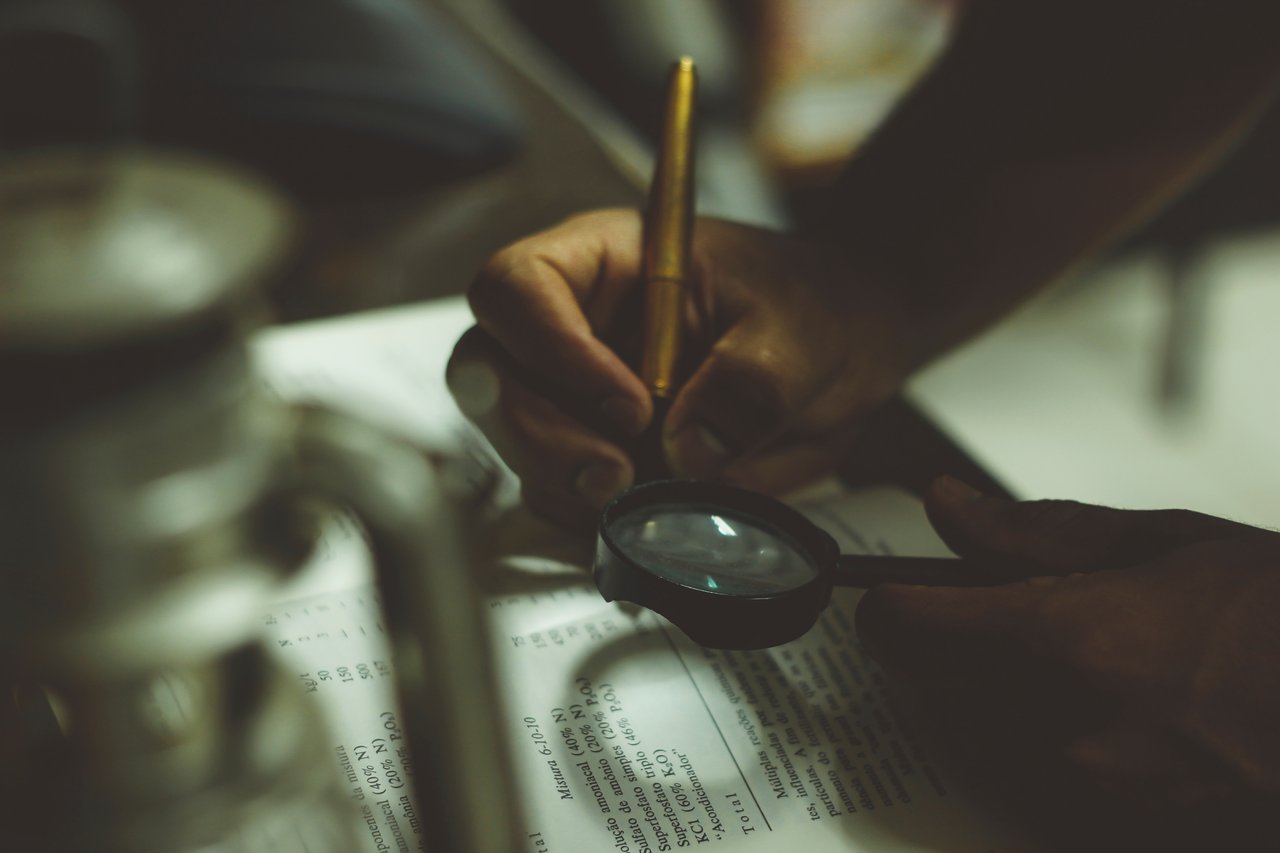 Competitions and rankings are a lot of fun. Whether it is sports, gaming, (or even eating!!!) we will always want to know how we stack up against others and sooner or later we find a way to figure it out. It's in our nature. And the XRP Ledger is no exception. Thanks to Wietse Wind's open source Coil-enabled Ledger Exposed, if you hold XRP you can find your place in the XRPL Richlist and see for yourself how how you are hodling up (as rightly pointed in the website) compared to your fellow XRP investors.

As part of the XRPLORE series, we'll have a look into Ledger Exposed with special focus on the three main features shown in the main page where different stats can be consulted:

Seems pretty cool, right? Now let's go one by one:

The Richlist Index is the go-to way to find out how you stack up compared to the rest of XRPL addresses (important to note as this is not the same as hodlers because one hodler can have multiple wallets). To find out you can either enter your XRPL address (or multiple addresses by entering them space separated) or a fixed amount. Let's try with 10000 XRP:

If you are a hodler of XRP, then your place in the ranking in the list at time of writing is 90,655 (which is pretty impressive since it also means you hodl more XRP than 1,762,164 XRPL addresses! 🤯) 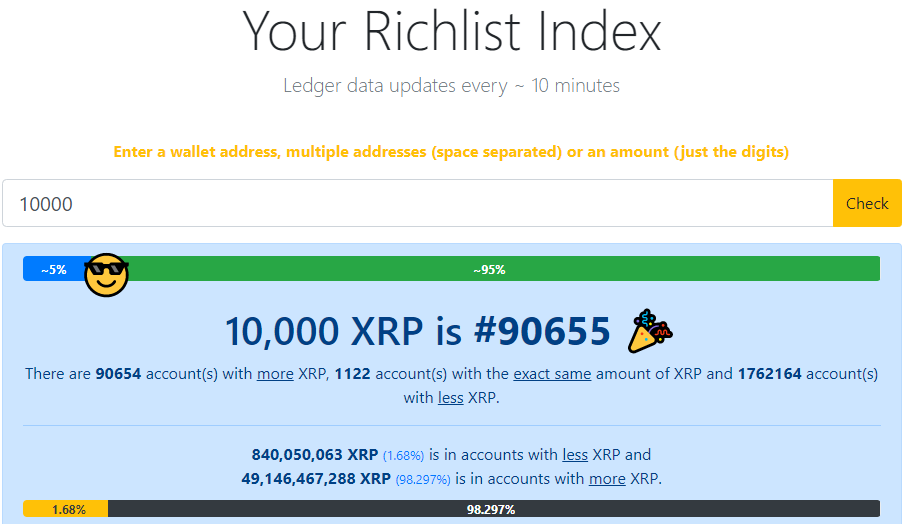 The Richlist Index also tells you:

◾ How many more XRPL addresses have the exact same amount of XRP as the amount or address you have entered.

◾ How much XRP is currently sitting in accounts with less XRP than the one(s) you entered (% shown in yellow on the graph in the bottom of the results).

◾ How much XRP is currently sitting in accounts with more XRP than the one(s) you entered (% shown in black on the graph in the bottom of the results).

If I would advice something out of the Richlist it would be: Don't obsess over it. In a Richlist index that takes into account the whole world you are already ahead of 99.5% just by hodling XRP regardless of the amount!

Wietse's Ledger Exposed is not only a tool to help you find your place in the XRP Richlist via the index. Through the Richlist Stats, it also offers the possibility of keeping the pulse of the XRP Ledger by letting you easily track how XRP distribution behaves over time.

Distribution by No. of Accounts

On the bottom part of the Richlist Stats page, interest insight about XRP distribution and ownership is shown. For example, it can be established that there are 56 lucky addresses (again, not necessarily hodlers) of amounts between 100,000,000 and 499,999,999 XRP. The accounts listed here also includes organizations and companies working on the XRP Ledger like exchanges or the XRP Tip Bot: 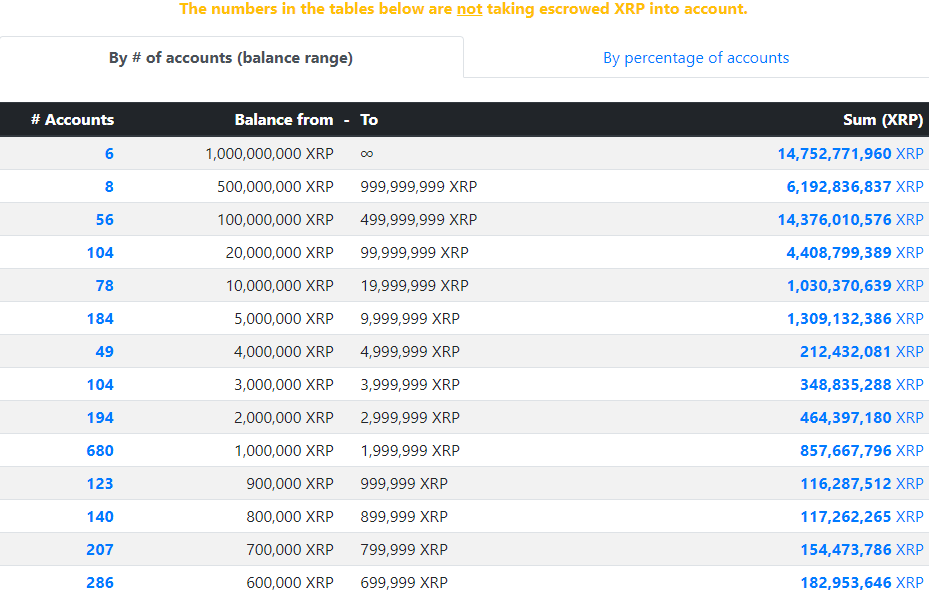 Distribution by % of Accounts 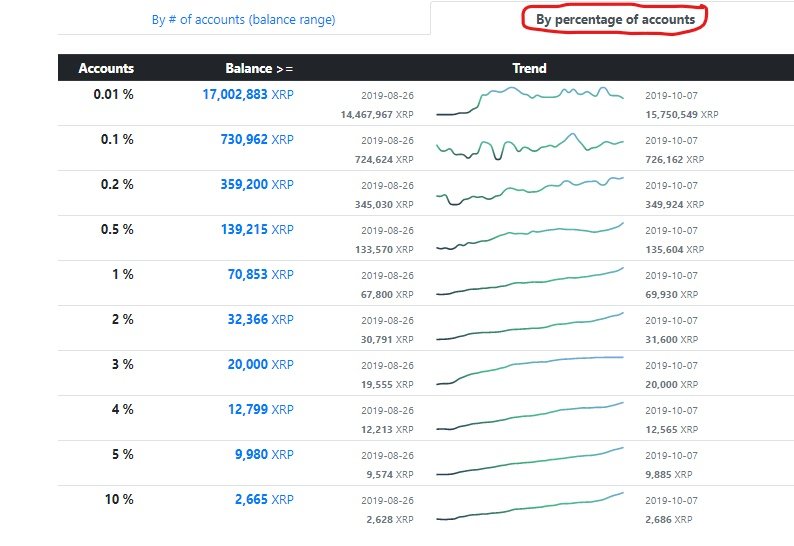 Now, this view results particularly interesting (and perhaps my favorite feature in ledger.exposed) as it lets you track for trends in the distribution of XRP over time. For example, the trends in the screenshot suggest that in general, the top XRP hodlers are in accumulation mode, as it now takes more XRP to make it to the top percent ranks than it did back in August.

Last but not least, out of the three features of Ledger Exposed home page, we have the Escrow Stats. As defined by the XRPL Developer Portal xrpl.org, “an escrow is a feature of the XRP Ledger that allows you to send conditional XRP payments. These conditional payments, called escrows, set aside XRP and deliver it later when certain conditions are met”.

In Ledger Exposed, the Escrow Stats allow you to filter and sort the different XRP escrows issued in the XRPL depending on different criteria: 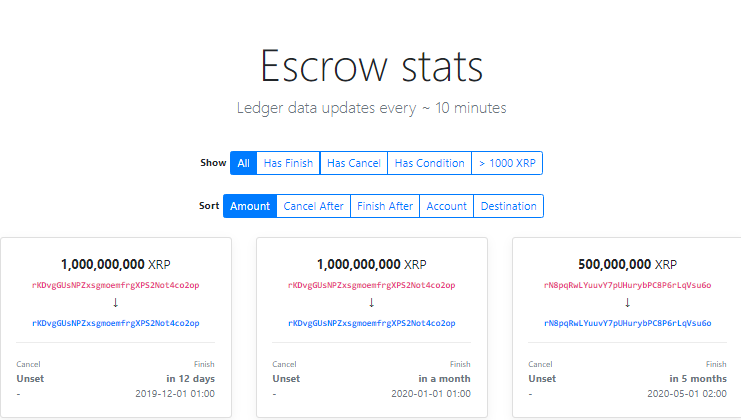 The transaction flow feature, shown in the upper right menu, lets you create a graph displaying the most recent transactions from and to a specific wallet. To check it out, I entered the XRP Tip Bot's wallet (If you hover one of the from/to accounts you will check the amount of XRP ether sent or received.

And it also produces a table with the details of each transaction including the ledger where each belongs:

On the upper right menu you also find Live Tx, which shows the latest transactions in the XRPL listing the addresses with more than 5 transactions since from the time the visualization starts and the type of transactions involved (either payment, offer create or offer cancel): 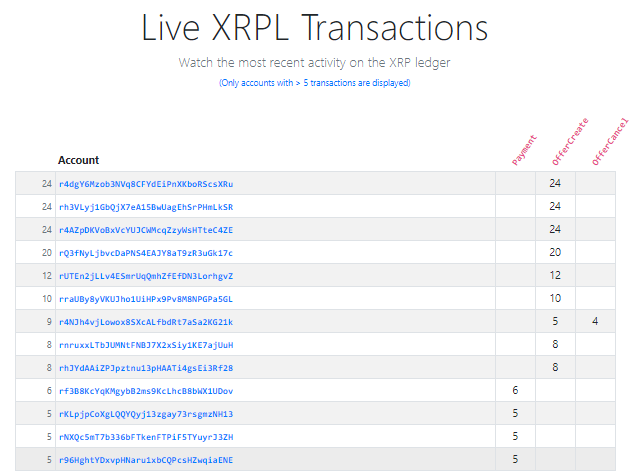 The work done by Wietse on Ledger.Exposed has been fantastic, quickly turning it into one of the go-to resources investors and especially for data analysts within the XRP Community. And don't forget what reads in the site: You can always send the man a sip his way 🍺!

Coil subscribers! Plase keep on reading... you'll get to see an updated #sneakpeek of this graph with a longer time frame 👀(Quite interesting if you ask me).

I get asked weekly if it would be possible to store (and show) historic $XRP info at https://t.co/ht9h6bmIlr -- I already do ? I am planning to publish the data (graphs) when there is a bit more history. #sneakpreview: the amount of XRP required to be in the 1% ? pic.twitter.com/am01l3T0n5