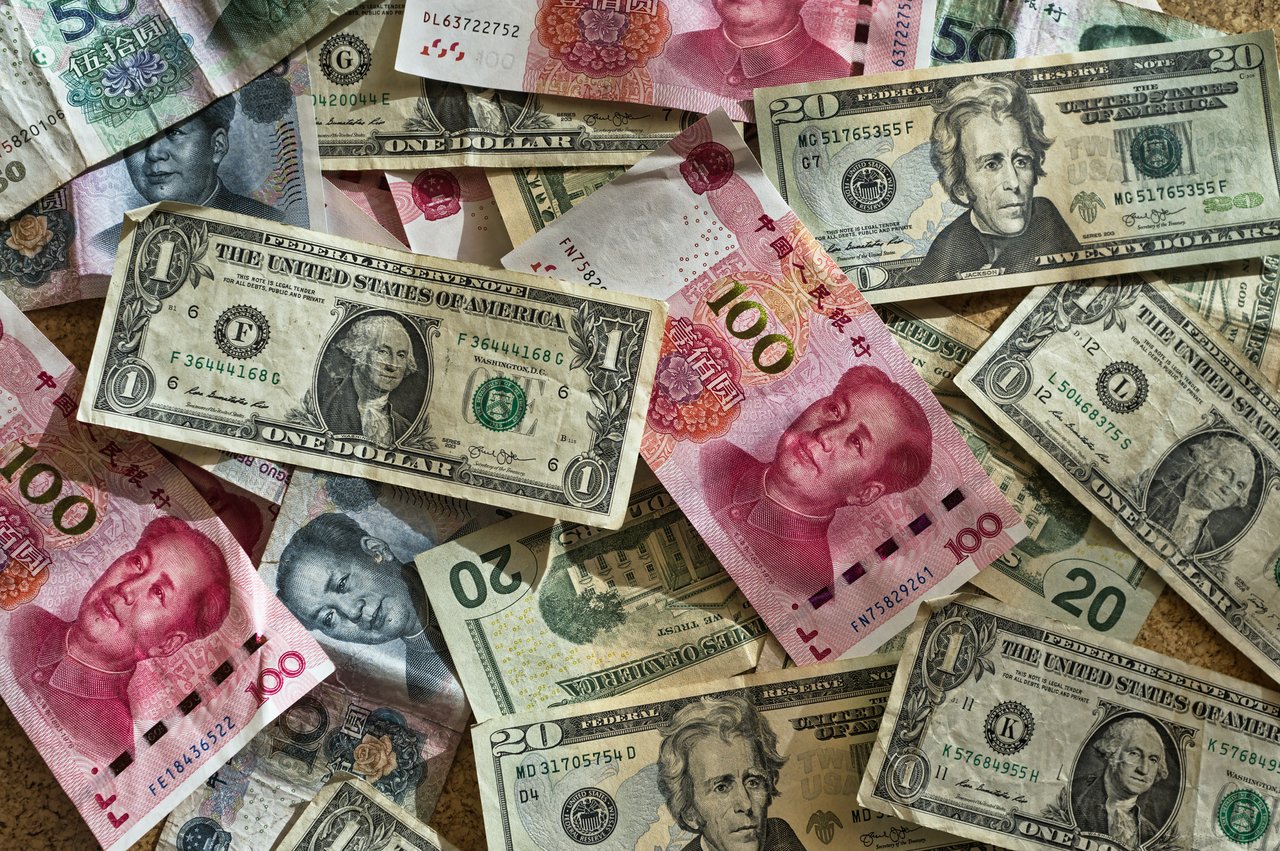 Everyone seems to be up in arms about cash going away. But what does that mean, really. Let's talk about what digital money is and how you would use it. Let's also look at some of the arguments against removing cash.

What is digital money anyway? You are already using a form of digital money. If you have a debit or credit card, you are already paying for things digitally. The “True Value” of the digital money you are using is in the “dollars” you either have in the bank or the dollars you are saying you will pay later. Most countries back their Fiat (money) with some value like gold or other commodity. The U.S. is currently backing it's Fiat with the “Good Faith in the United States of America”. In other words, it is backed by, well, nothing. It is only of some value if people agree it has value. When the economy looks shaky or the stock market takes a dive, the value of money usually drops, out of speculation that things are looking bad for the “Faith” in the U.S. economy.

Since President Nixon removed the Gold backing for our dollars, and for some time before that (1910), our dollar's value has been managed and manipulated by the Federal Reserve. Our recent pandemic and the Feds printing money like crazy to prop up the economy and provide some stimulus for people out of work is an example of money manipulation. This money has no real value. It is created out of thin air. This will not be good for us in the future. Eventually reality will bite us in the rear.

Digital money, when tied to Fiat, is a representation of the value you have in your bank account. This is not the same as the “Digital Dollar” that is about to be created. When Digital Money is backed by something that has a constant value, like Gold, you can rely on it being more stable. Gold can fluctuate in value but is relatively stable.

The U.S. is looking at creating a “crypto” Digital Dollar as an eventual replacement for the Fed based paper dollar. If the new digital dollar is backed by a commodity like Gold, it will be redeemable for actual gold of equal value. That's how it was before President Nixon made the change.

Since Digital Dollars only exist as bits in a computer, you will need a digital wallet to receive them and spend them. We already have digital wallets that are being used for crypto currencies. I have one that holds all of my crypto assets. There are digital wallet apps for your smartphone today. With them you can spend, buy and save crypto currencies with businesses that accept them. The new Digital Dollar of the U.S. will become the new legal tender of the United States. It will be used everywhere you have been using paper money. I will get to the “How” later in this article.

What will the transition look like? Will it happen overnight? Will banks provide assistance by automatically converting your Dollars to Digital Dollars? We should be able to turn in our paper money at the bank and receive Digital Dollars in return. Since these are Digital Dollars we can move them from our bank to our Digital Wallet. There is no need to involve the bank when we buy something. It will be like carrying cash. As an aside, if your income is sent directly to your Digital Wallet, there will be no need to involve a bank for ANYTHING except getting loans. You will have your bank inside your phone. Just think about that. For businesses it will be a bump in the road. Most already use a point-of-sale system that accepts Credit and Debit cards. Adding Digital Dollars should be an easy add-on. It can actually have many advantages which I will expound on later. 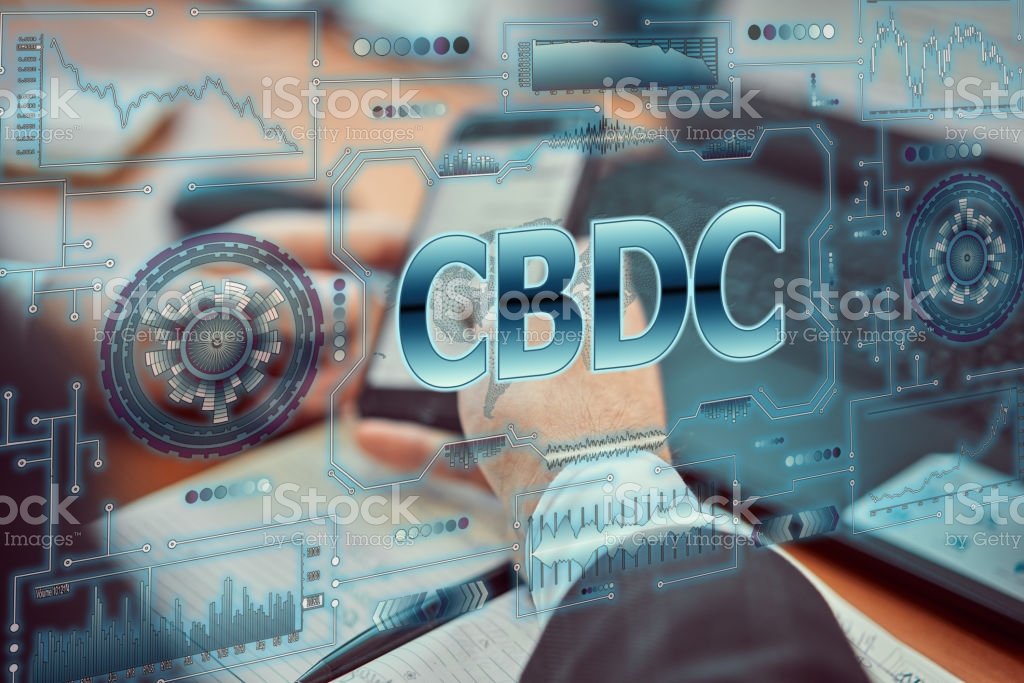 Other countries have already created their own Digital Dollars. China has the Digital Yuan. Japan has the Digital Yen. Countries around the world are creating Digital Money to replace paper and coins. There are pipelines created that allow these different digital monies to move from one country to another using an intermediary crypto asset. The conversion in value happens automatically as value moves from one country to another.

What this means globally is a level playing field. No longer can money be weaponized like the U.S. Dollar has been. For decades world commodities have been valued in U.S.Dollars. If you wanted to buy U.S. goods, you have to pay for them in U.S. Dollars. This kept the value of the Dollar up and forced countries to buy and hold them. The rest of the world is tired of the heavy handed use of money. With each country creating their own form of Digital money called Central Bank Digital Currency (CBDC), the field of play is changing. It's not to say the games will not be played but there will be fewer to play.

Digital Wallet and it's use

Digital wallets will give us, the people, some real advantages. As the use of digital money takes hold and people realize the creative ways we can enhance buying and selling, we might actually be able to separate ourselves from reliance on banks and skip all those charges they love. Imagine, your digital wallet will have a unique address accessible through the Internet. Your paycheck, retirement distribution, social security, all going directly into your Digital Wallet instead of the bank. I won't go into the technology at this time but be assured, it will be safe. All Digital money will be managed, sent and received over a database called a ledger. Ledgers are encrypted with sophisticated algorithms and save every transaction made. From the time you receive your Digital Dollars to the time you spend them everything will be encrypted and saved. Some folks are concerned about theft, fraud and other scary things that could happen to their money. I site an example of the XRP Ledger where there have been millions of transactions over many years and not one was lost or changed. Some folks are leery of the Government knowing your every purchase. I ask why? Unless you are doing something underhanded, what does it matter? Imagine being able to track money coming into politician's coffers! Sophisticated researchers will come up with ways to audit those folks that go to Washington and become millionaires on $186,000 per year. I don't know if that will be a reality but I can hope. 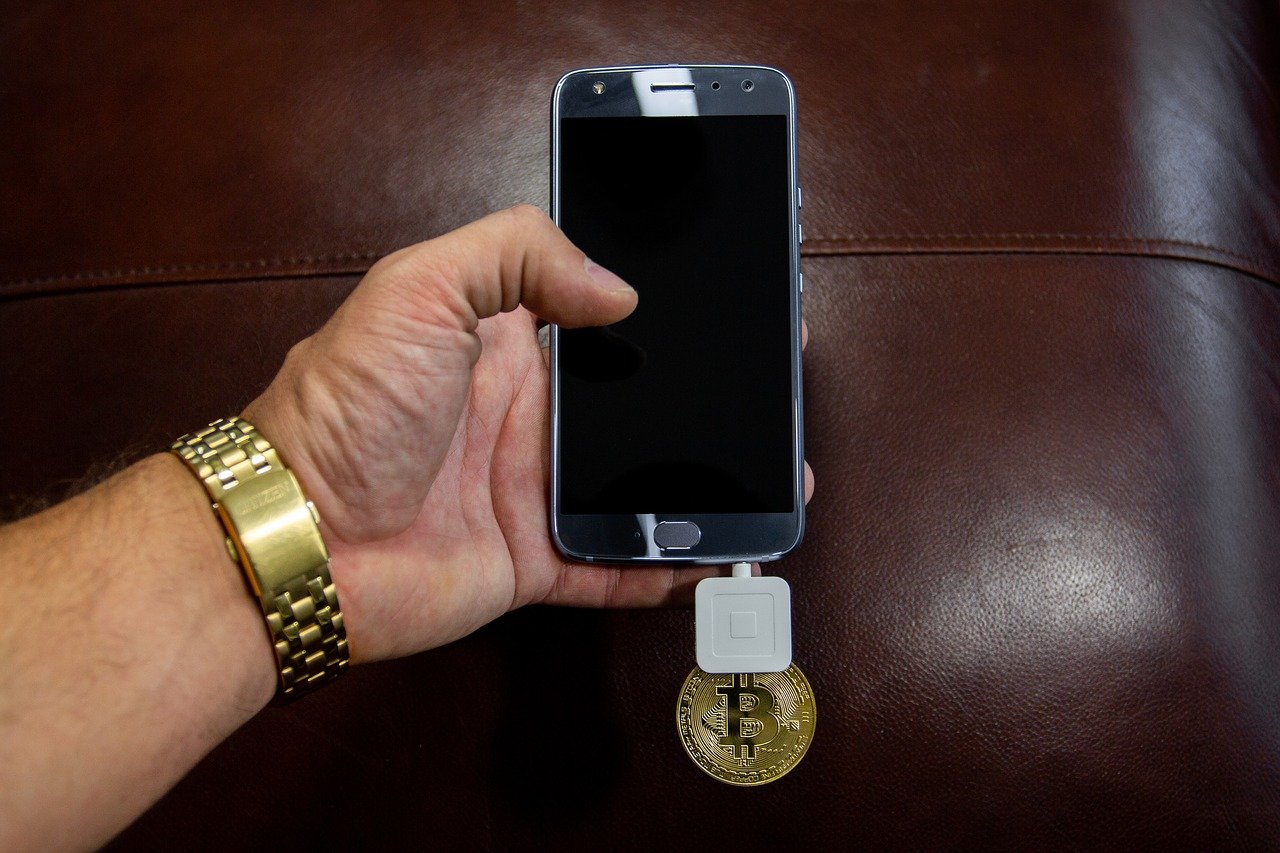 What about criminals on the street? Cash has been king in the underworld. This may not stop all criminal movement of money but it will stymie most. You might still see druggies buying drugs on the corner but they will have to create digital transactions or use some other form of value. I believe it will be easier to detect and stop criminal activities.

What about you? How will you benefit? Let's look at some ideas I came up with. 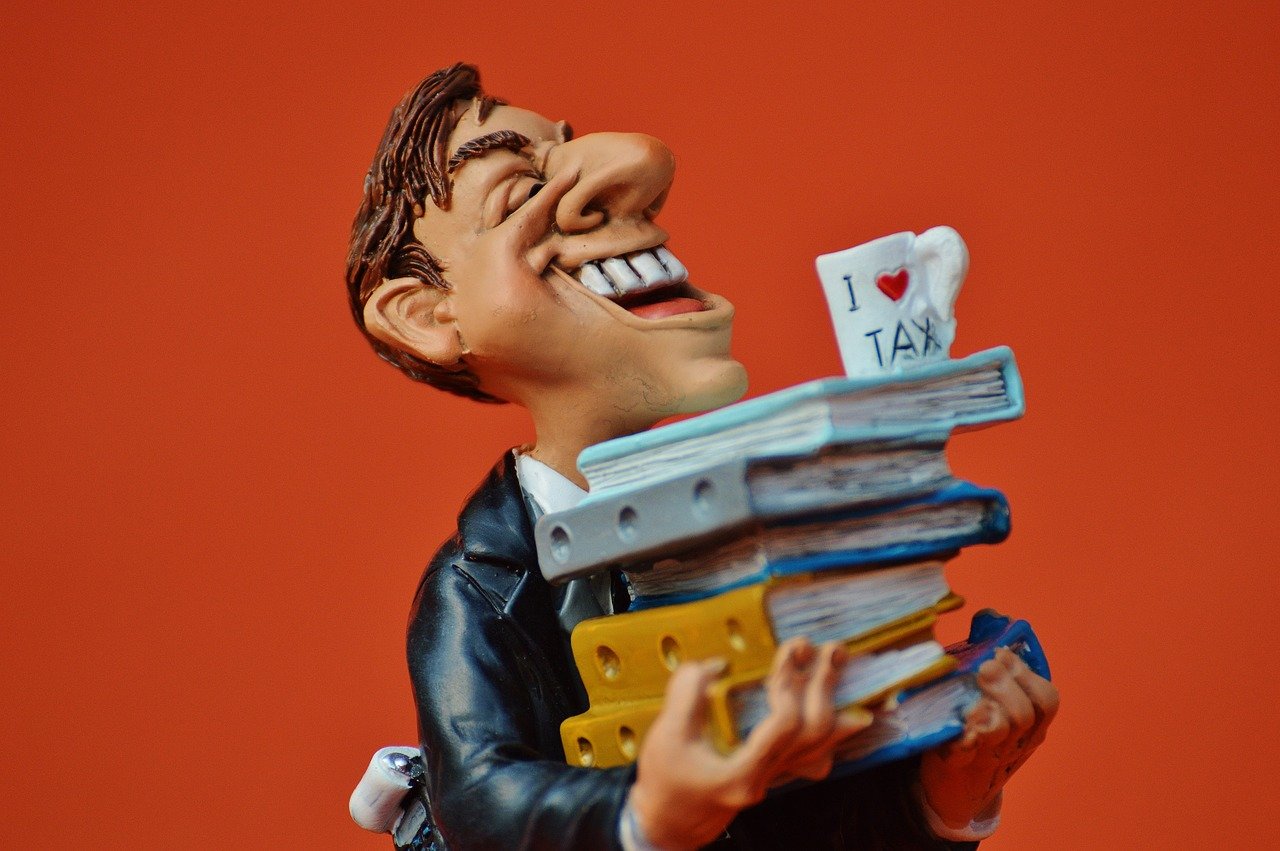 1) We pay our income tax yearly and it is becoming increasingly difficult. What if, as an example, all taxes are collected at the point-of-sale, including a Federal Sales Tax. If the government would switch to a Sales Taxed revenue source it could eliminate the annual reporting requirement. Taxes would be sent, instantly, to the receiving entities. Taxes would flow into Digital accounts at the City, County, State and Federal level where applicable. Real-time tax collection. I would imagine the tax collectors would salivate at the idea. You would be able to get a report from the Ledgers of how and where you spent your money. How and where your tax dollars went. I think the benefits will far outweigh the scary stuff. 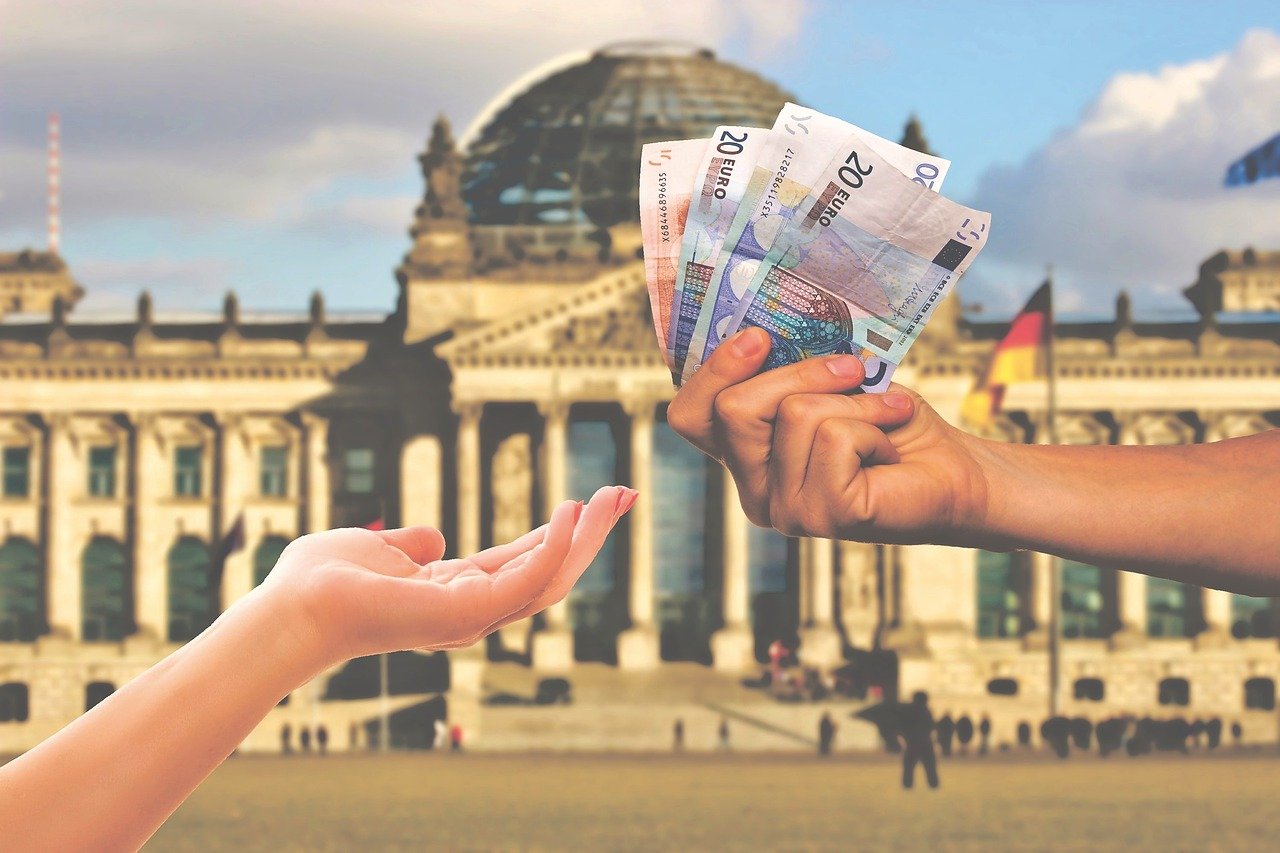 2) I hear people say “I won't be able to slip my Granddaughter a twenty dollar bill as a gift”. Why not? Digital wallet to Digital wallet is the same thing. The arguments against going cashless are usually weak. You can do everything with a Digital wallet that you can do with cash except the illegal stuff people try to hide. 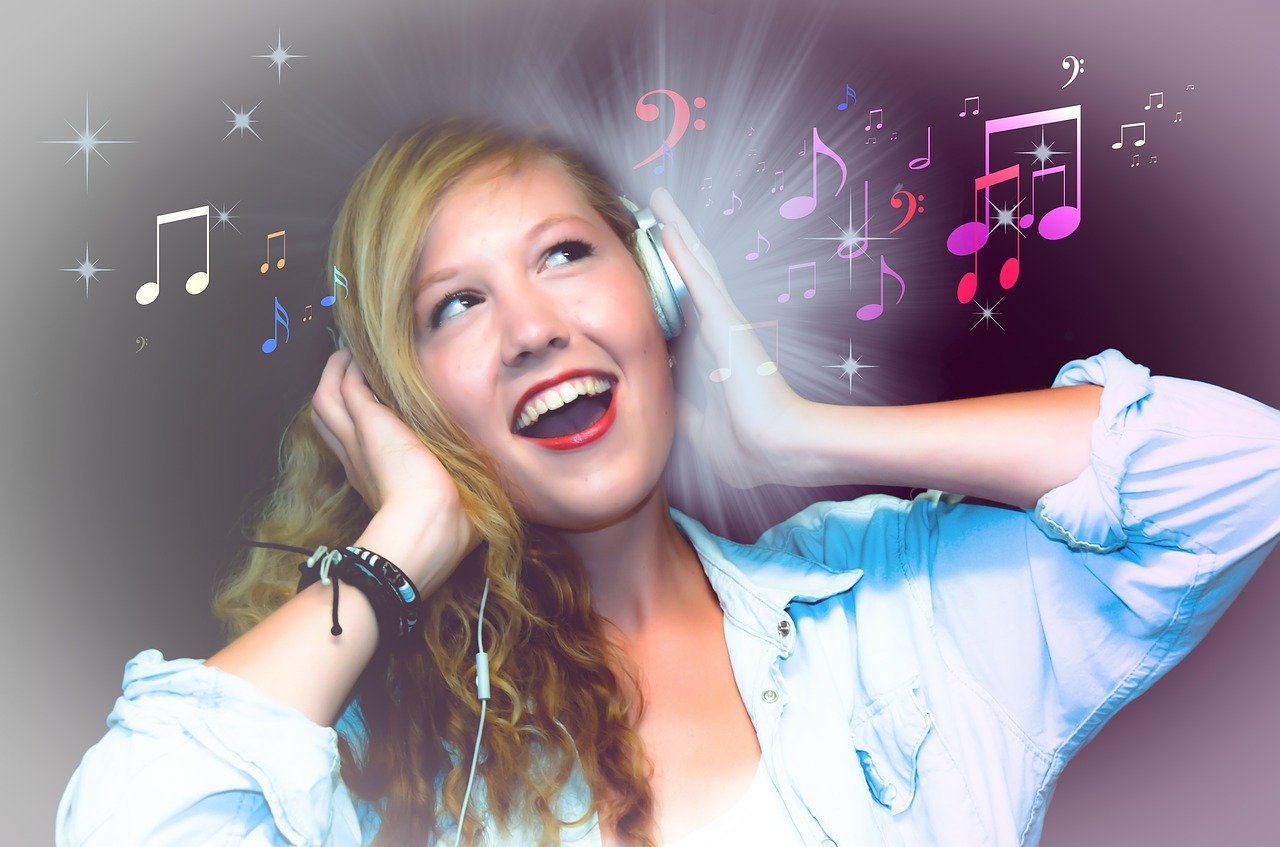 3) Imagine you want to buy something like a “Song” for your smartphone or you home computer. What if you could go to a site, select the song to download, then see the distribution of the money you are about to spend? You might see the artist is actually getting a good portion and the distribution chain is getting little. If not, don't buy it there. Smart decisions of where to spend our money might be possible. Anything we wish to buy could be offered in this way. Want a new automobile? On-line Auto Sales might give you a real view of where the money is going. Perhaps I am being a little naive but I would hope that is where we might go. 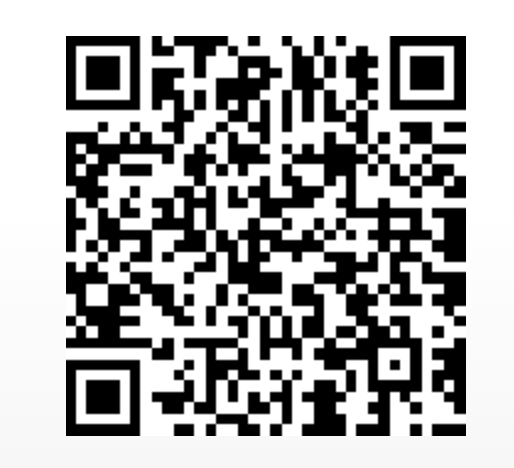 4) Everything will have a QR code on it. You know, those funny square blotches that look like messed up checkerboards. You will be able to scan them and get tons of information. I am hoping things like place of origin, date-of-creation, possibly prior ownership, who knows what could be gotten from the ledger!

In general, I believe Digital Dollars are not the scary change people are making it out to be. We are a very creative society and can come up with some amazing ways to utilize this technology. Let's hope it is mostly for the good.