The video review is here: 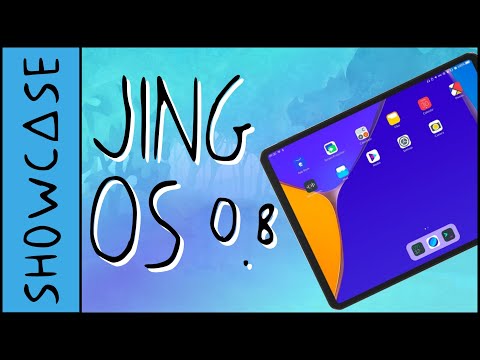 Here are my written thoughts.

Gestures are a great starting point. They are buggy, yes, but they also are 1:1 (which is not taken from KDE Plasma, although some of the gesture code is) and they are quite useful. Tocuhscreen gestures are also very effective and the animations are good. This receives a big thumb up from me.

The shell is an adaption from Plasma Mobile, but not much of that is to be found. We have a custom Notification Center, System Tray and Task Manager that very much look like iPadOS. Which is not necessarily a bad thing (it looks good!) but at the same time, it's not very original. I could not find any big issues in the shell besides some bugs (e.g.: apps not opening when clicked with touch). But given that this is a 0.8 version and not a 1.0 version, it's expected.

Few, pretty and barebone. They are very simple apps that do their job nicely. They are quite clearly designed for touch over keyboard and mouse, but that's what you'd expect from a iPadOS “clone”. If you – however – seek any more functionality than that, you'll have to go to the appstore which contains non-jingos-native applications. They do not magically work with touch, of course, so only download those that would be touch-able on normal Linux as well. But in the future, it's clear that JingOS hopes to build a ecosystem of Jing native applications.

This is the first jingOS version with system settings. Which is nice, but it means that many settings lack. This is why KDE System Settings are also installed. Weirdly enough, some KCMs are also missing from KDE System Settings, leaving the user unable to configure the screen resolution or the keyboard layout. And I'm a DVORAK user. Yes, this review drove me insane.

There's something that worrys me: it seems like much of JingOS code is not currently open source. Some applications are – mostly those that are taking from KDE and re-skinned – but the shell itself isn't. Maybe I just could not find the source code, but I think they did not yet upload it at all. Update: Current repository is: https://github.com/JingOS-team/JingOS According to the devs, all code should be here from later today. There were also some licensing issues with original KDE files. Apparently some of the gestures files credits are not given, plus some other licensing technicality which I did not understand. However, the KDE eV Board is in contact with JingOS, so I'd expect these issues to be ironed out eventually.

Now, this is just a preliminary review, as the product only came out today. I wished to do a more in-depth review, but JingOS provided to be an environment not very friendly to different hardware compared to the one it's tested for: no way to change screen resolution (which is wrong by default)? no way to change the keyboard layout? I've also had issues installing third party applications, such as the screen recorder. The one I managed to install (SimpleScreenRecorder) did not work, as JingOS uses Wayland.

The v1.0 will be released in June, and by then we should also have the first all-jing device (the JingPad). Hopefully, I'll be able to get a clearer idea of what JingOS is or will be by then.