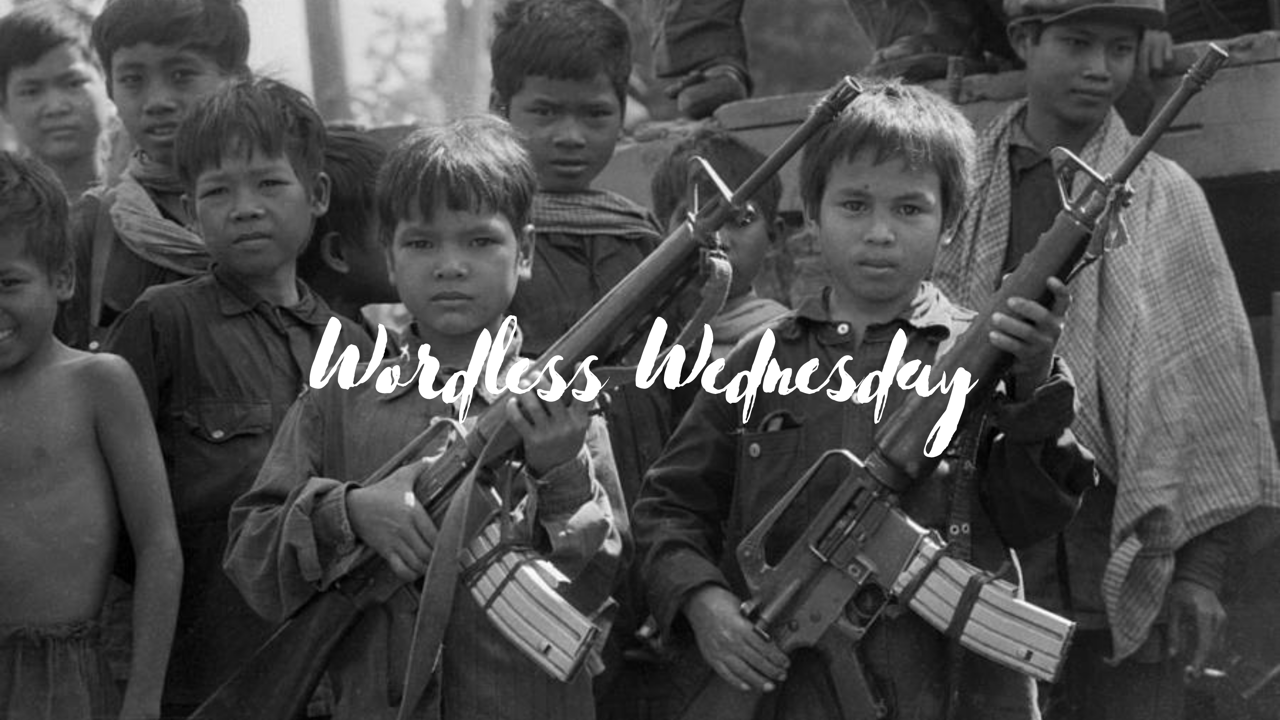 In line with the Wordless Wednesday tradition here on Coil, I've gathered some photographs that clearly illustrate Cambodia's haunting circumstances during/after the occupation of the Khmer Rouge regime.

Subscribers have access to a series of pictures in which Cambodian actors re-enacted atrocities committed by the Khmer Rouge. 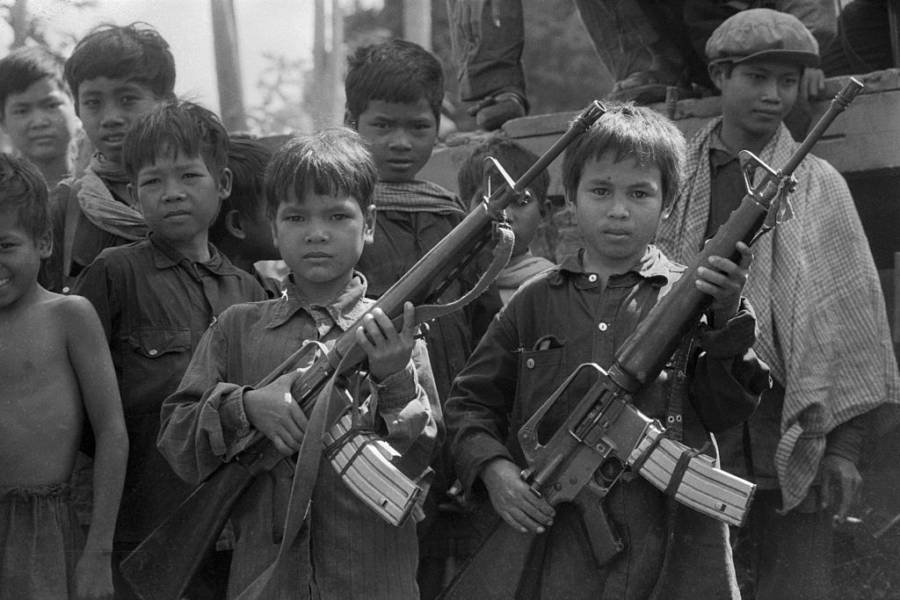 Child soldiers of the Khmer Rouge show off their machine guns. 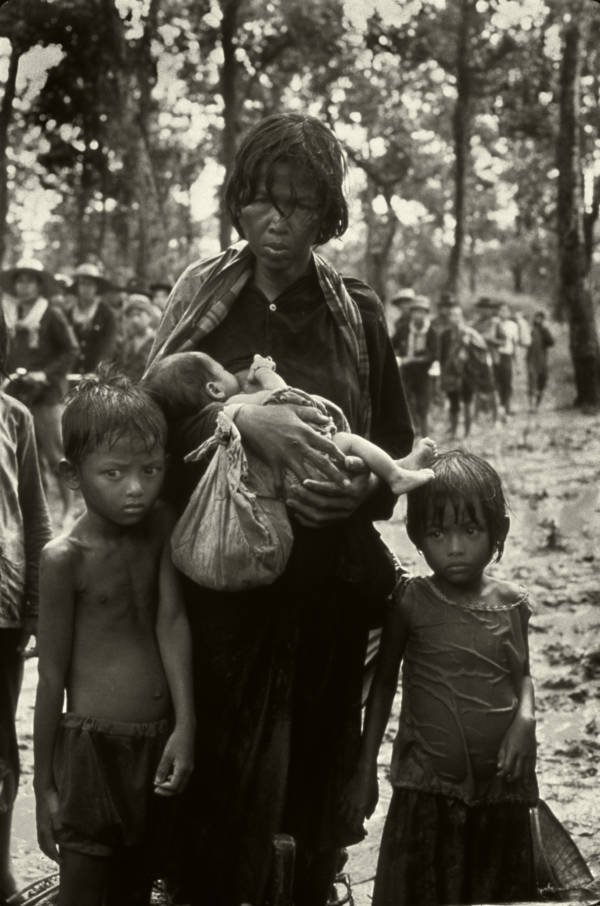 A family of starving refugees struggle to make their way across the border to Thailand. 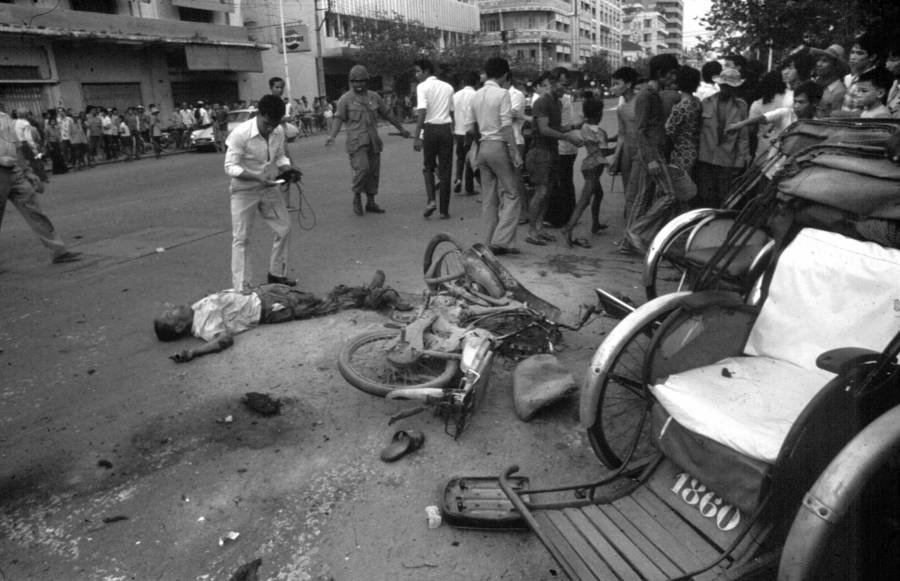 A crowd gathers around a civilian killed by the Khmer Rouge. 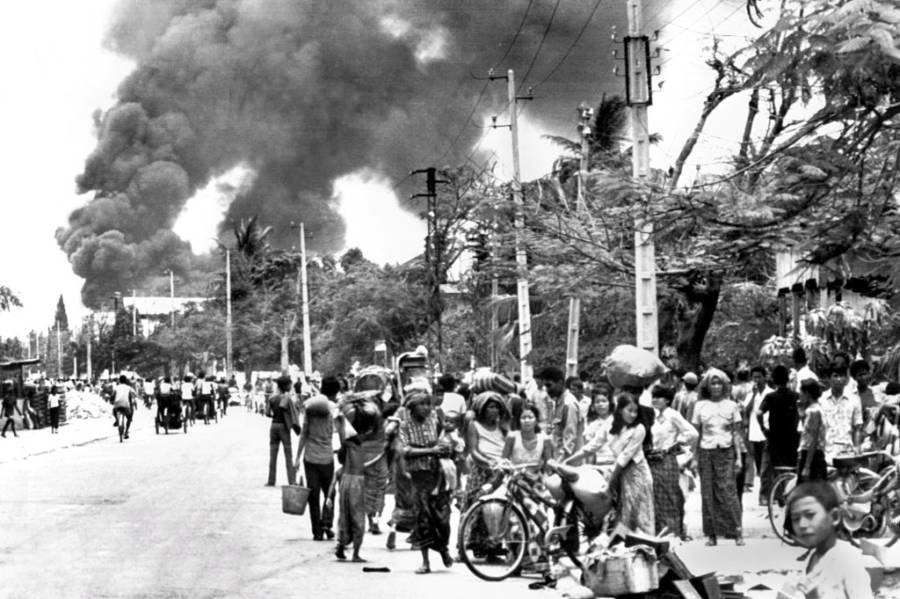 At the twilight of the Cambodian Civil War, the people of Phnom Penh start to evacuate, as the burning gasoline depot behind them signals the arrival of the Khmer Rouge. 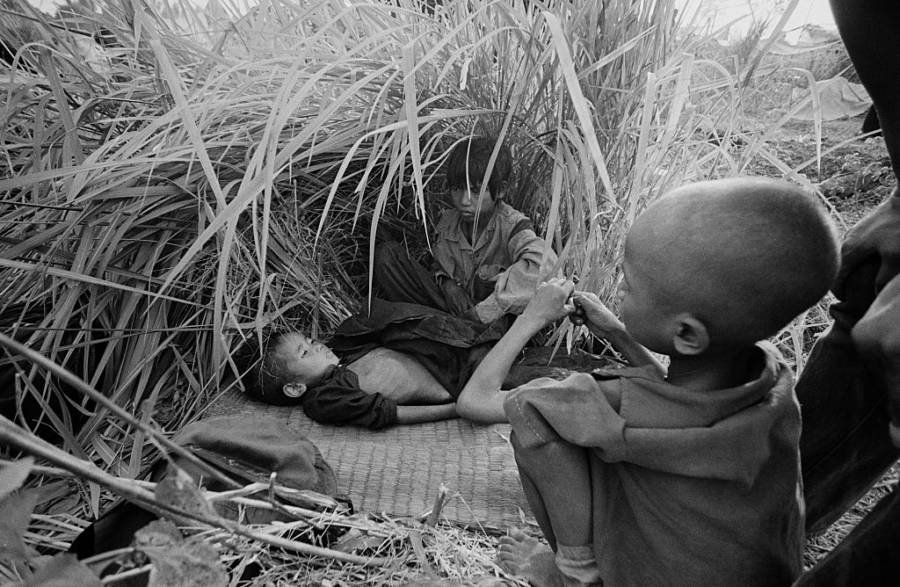 Young refugees hide under tall grass, escaping from the killing fields of the Khmer Rouge. 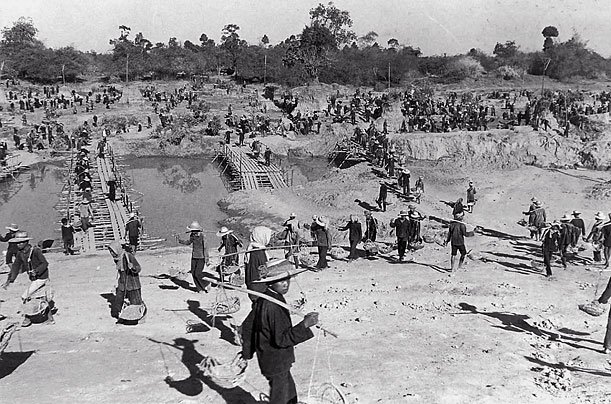 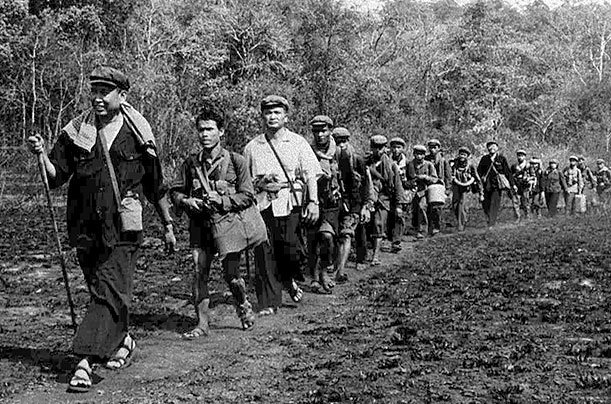 The Vietnamese overthrew Pol Pot, too, driving the leader to the Thai border where he continued to head the Khmer Rouge in the jungles. 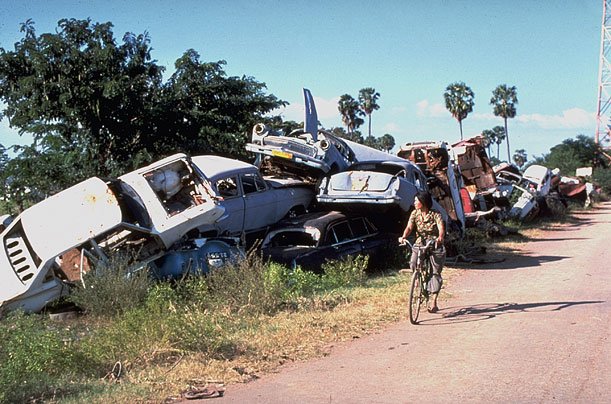 The Khmer Rouge sought to rid Cambodia of all Western influences that distracted its people from their agrarian calling. Cars, abandoned and forbidden, were stacked up alongside the road. 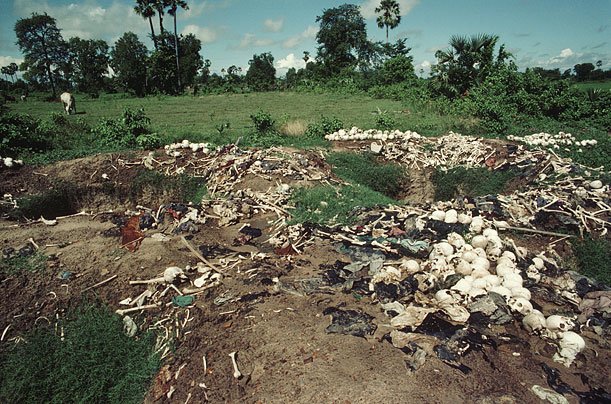 An exhumed mass grave, pictured in 1981, in the Cambodian countryside reveals the skeletons of those executed and buried together under Pol Pot's regime. 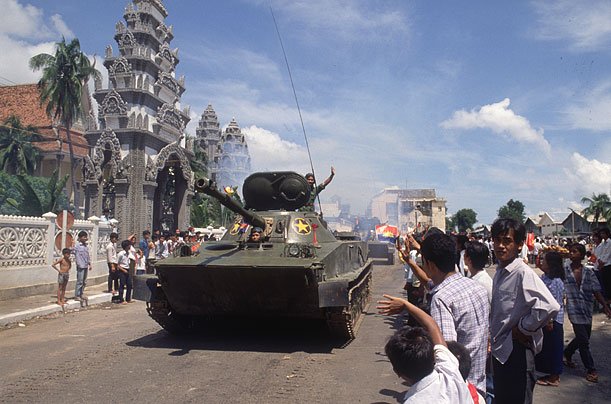 Without backing from the Soviet Union, Vietnam could no longer afford to keep its troops in a state of indefinite occupation in Cambodia. In September 1989, Vietnamese troops withdrew from Phnom Penh