Environmental justice and an anti-extractive internet

This was a five-minute intervention at the IGF 2020 Pre-Event #32 “Environmental justice and an anti-extractive internet: impacting policy through developing a feminist principle” organized by the Association for Progressive Communications (APC). 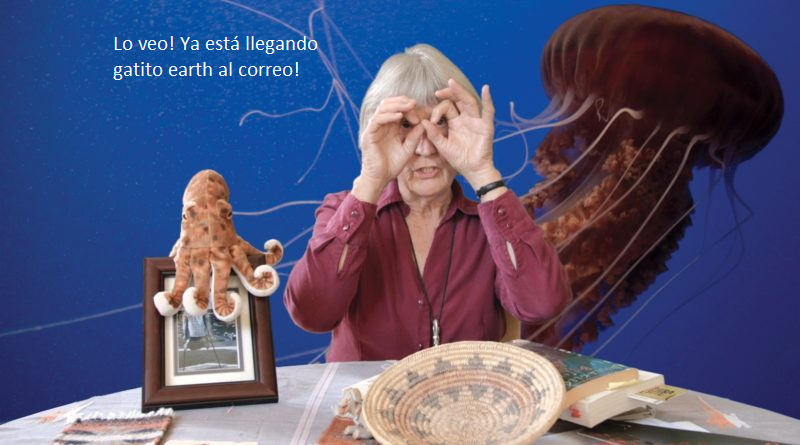 Gato.Earth is an independent project where two friends (myself and activist and scholar Danae Tapia), who live on two different continents, send each other letters of love and friendship and, of course, reflections on the intersections between the current environmental crisis and digital technologies. This is a monthly newsletter in English and Spanish, and you all can subscribe for free on our website, by the way.

Regarding the idea to build a feminist principle for an anti-extractive internet, and what that could mean for advocacy spaces as the IGF (Internet Governance Forum), I would like to add three thoughts to the discussion.

ONE: Data extractivism is a dominant business today on the internet, it is also an ideological model in hegemonic digital technologies, and it is deeply related to colonialism. And I'm referring to the ideological consideration that transforms personal data into some kind of raw material at the disposal of capital (“personal data is the new oil”). But we're also talking about thinking in personal data as a no man's land: where the strongest can reclaim that territory without any consideration, almost as a “natural right.”

TWO: As in the capitalist industry, in data extractivism there are also “sacrifice zones.” For those who don't know, a sacrifice zone is a geographic area that has been permanently impaired by environmental damage, and of course, these areas are commonly where poor people live. The sacrifice zones in the digital territory are also present for the less privileged. For example, let's think about how poor people's data is extracted for training Artificial Intelligence; or how Artificial Intelligence is applied in anti-poverty programs without any human rights consideration.

So we have to understand that extractive internet is full of sacrifice zones that we rarely talk about in advocacy spaces.

THREE: There is another common ideological operation for the extractive internet: we ignore the material implications of what we call “the digital territory”. We rarely talk about the labor conditions of technological workers, the exploitative relationships with capital, and even more important, the impact of the internet on the environment.

And here, I want to highlight two things regarding the neoliberal co-opt of the “sustainable development” concept:

a) Big tech companies must respond to the demands of using green technologies and have 0 carbon emissions in the climate crisis context. That's OK. But we have to be very careful about big tech's greenwashing.

b) We also have to be super careful about green technologies, which is a “technosolucionism” used to avoid thinking in other economic models. Those green energies are being produced with the same extractivist logic as oil.

So in advocacy spaces as the IGF, we need to be very aware of human rights not only when we turn on our technological devices, and we must start taking into consideration the whole complex material implications of those technologies in our environment.