Yesterday I was over-thinking things. Instead of designating fingers to certain keys, I'll keep it simple and just memorize the white keys. One step at a time.

This morning I printed out an unlabeled image seven white keys and five black keys in an octave: 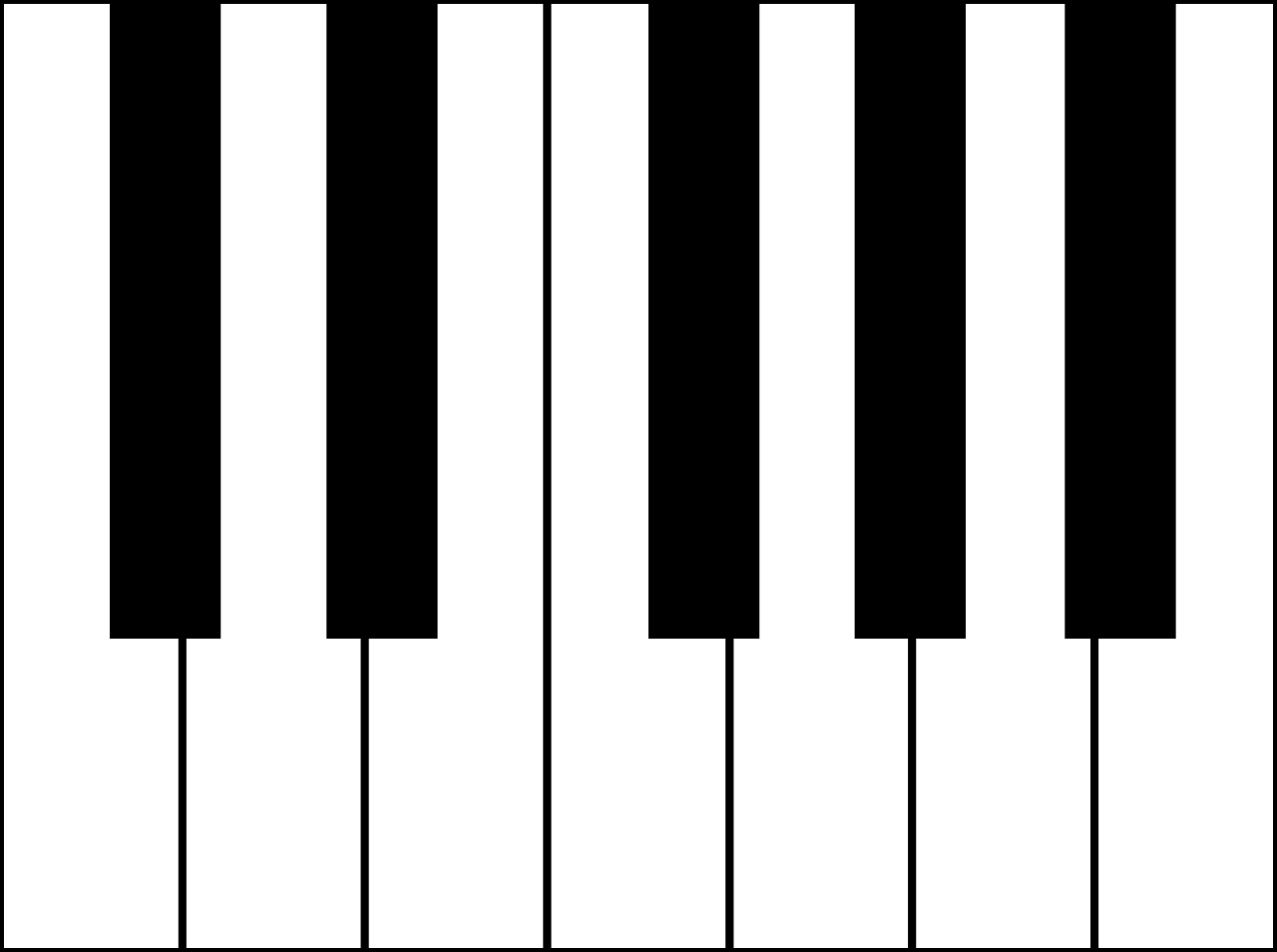 I cut the image out and stuffed it in my front pocket. Then during the day, whenever I had a free second, I'd glance at the picture. Whatever key my eyes landed on first, I'd name it as fast as I could.

The results are rewarding. I'm correctly identifying most of the keys -sometimes instantaneously. This is while I'm doing other things and not even near a keyboard.

My technique uses the active recall method, by far the most effective way to commit information to long term memory. Through recall, we forge new neural pathways in the brain by integrating the new information with prior knowledge.

I found a white keys memory exercise by Jacques Hopkins, a music teacher who has a YouTube channel called Piano in 21 Days. I'm not going to link to the exercise directly because it bypasses the free 5 day workbook you have to sign up for and it wouldn't be fair to circumvent his sales funnel.

Once I get 100 percent accuracy on the white keys memory test, I'll move on to the next step, whatever by internet consensus that next step is.

You can follow this blog via twitter or by RSS in your favorite RSS feed reader. I also send out the occassional newsletter.